Inside the Presidency: A view of the State of the Nation 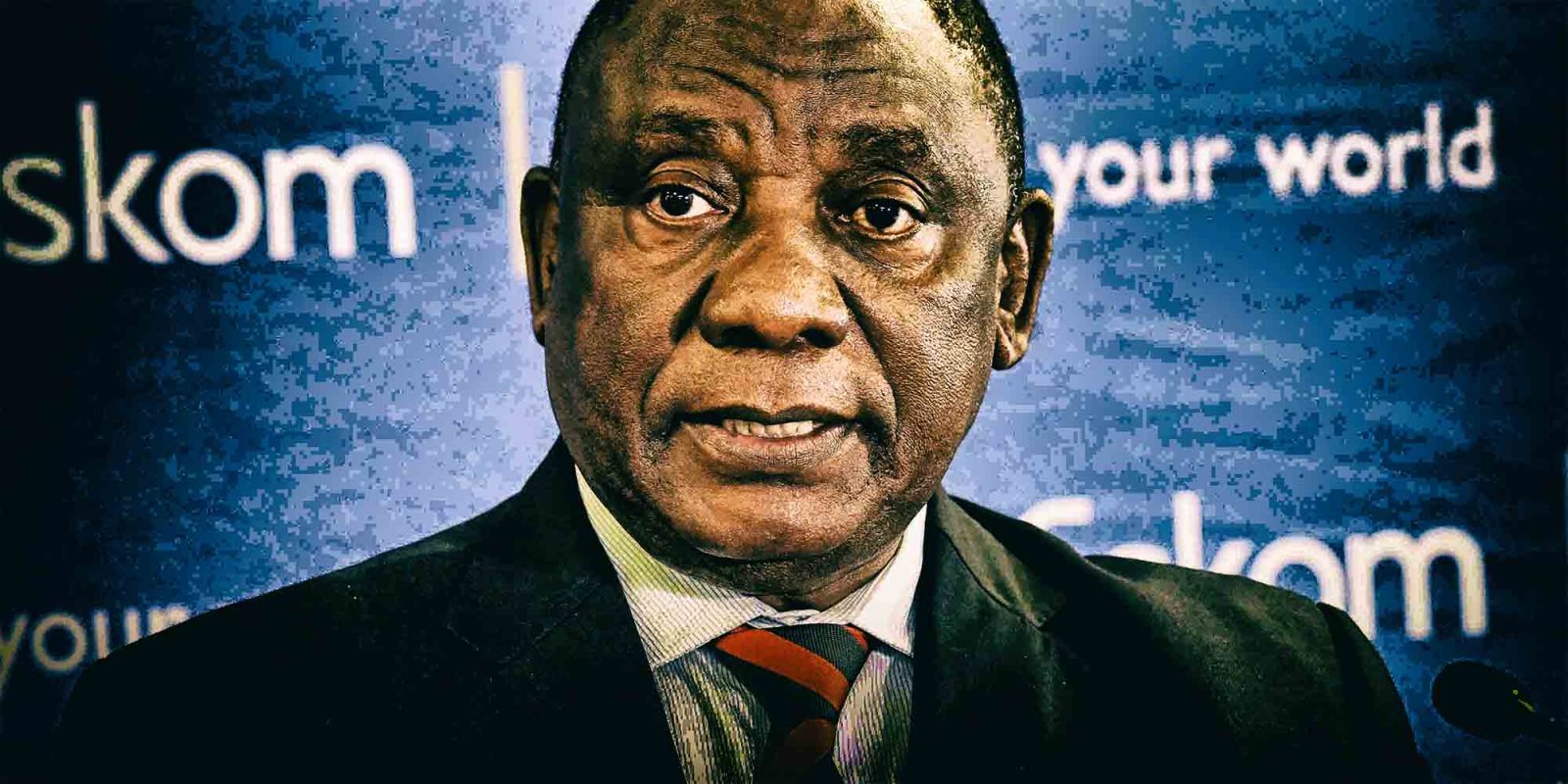 President Cyril Ramaphosa briefs members of the media on the outcomes of his meeting with the Board and Management of the national power utility Eskom held today, 11 December 2019, at the Eskom Megawatt Park in Johannesburg. The President met with the Board and Management to be briefed on plans to mitigate and resolve the current electricity crisis affecting most of the country. The original photo has been altered. (Photo: Jairus Mmutle/GCIS)

On the eve of President Cyril Ramaphosa’s State of the Nation Address for 2020, his policy chief Busani Ngcaweni gives Daily Maverick some insights into the work going into Ramaphosa’s governing agenda and the elements we can expect from this week’s presidential speech.

In the East Wing of the Union Buildings, President Cyril Ramaphosa’s policy chief, Busani Ngcaweni, is as busy as a bee. It’s a perfect late summer Pretoria day and the windows of his office are wide open, his ample desk and conference table heaving with papers and reports. (Disclosure: Ngcaweni is also a Daily Maverick opinionista)

On his desk is a document running at 178 pages, an audit of the State of the Nation Address delivered at the opening of Parliament a year ago in 2019. It is divided into the commitment, the responsible Cabinet cluster and then it marks progress.

He won’t let Daily Maverick take away a copy but we do get a look, and what’s clear is that a lot of work has gone into the progress Ramaphosa will brief the nation on when he takes to the podium to address the opening of Parliament on 13 February 2020. The trouble is that the impact of all that work is not felt in any way that is tangible enough to have made a substantial difference.

“The state’s been broken,” says Ramaphosa’s spokesperson Khusela Diko, who joins the meeting with Ngcaweni. Ramaphosa is not a nation-builder like the first democratic president Nelson Mandela. Rather, he is a nation rebuilder. The impact of all the work going into Ramaphosa’s governing agenda could take years to be manifest, say the two officials.

The problem, of course, is that he may not have years.

There will be some big-ticket announcements in the SONA address this year and Ngcaweni explains that it is a speech built around four pillars: the ANC mandate given to its president; the vision and texture that Ramaphosa wants to embed into South Africa; the “burning platform” issues he must address (in previous years this was state-owned enterprises and gender-based violence) and an audit of what has happened in the year under study.

It’s a tall order for a speech and why the 2019 SONA address received a lukewarm response even from Ramaphosa’s supporters.

While coronavirus has masked the globe, a secondary narrative about that story is how China built a Wuhan hospital in just over a week. A whole hospital! Why do we take so long to do everything, I ask Nqqaweni.

“There (in China),” he says, “Xi Jinping can proclaim (that a hospital will be built,” and it will be. South Africa is a country of laws and many laws: there are the environmental impact laws, the appropriation laws and other administrative laws that must be adhered to.

“The call for faster reform suggests we must blind-side these laws,” says Ngcaweni, who adds that his own friends rib him and say Ramaphosa should do things by decree to get a move on.

The President knows the glacial pace of the state: he has waited three years for a water licence for one of his own properties and he regularly tells the story of how long it has taken his wife, Tshepo, to get permission to build a guard shelter on their Johannesburg property.

Systems and processes take long and are often held up by the use of the law.  One of the evergreens on Ramaphosa’s to-do list is the allocation of spectrum to bring down the cost of data by migrating the analogue signal to digital frequency.

Communications Minister Stella Ndabeni-Abrahams passed a policy paper in July 2019. It is still open for comment and the process towards action is now in the hands of the regulator, the Independent Communications Authority of SA. But the telephone companies have all signalled that they will take the case to court if the policy paper turns out to be how the process will be shaped. Expect a wait of years more to get data prices down. It’s how it goes in South Africa.

Ngcaweni disagrees with my thesis that, on the whole, Ramaphosa has failed in his SONA promises from 2019 to 2020. He reels off areas of good progress:

And while the National Director of Public Prosecutions, Shamila Batohi, is getting schtick for being slow on the draw, Diko says the work happening to fight corruption is multifaceted:

This is not a malingering presidency, its purpose is to fix, and Ramaphosa is ambitious in his intention to leave a legacy and to do well. After all, it’s a job he has coveted for years.

And while former president Jacob Zuma repurposed the state for capture, this administration pivots on state retrieval and reform. But the pace of that reform, however well-intentioned, is glacial and the purpose is not universally shared. In too many key areas, the state is still a vassal for rents and extraction. In 2019, I asked Diko to describe how Ramaphosa felt about his job. “Determined,” she said. I asked again last week (on 5 February 2020) and she replied, “Can I get back to you on that?” DM