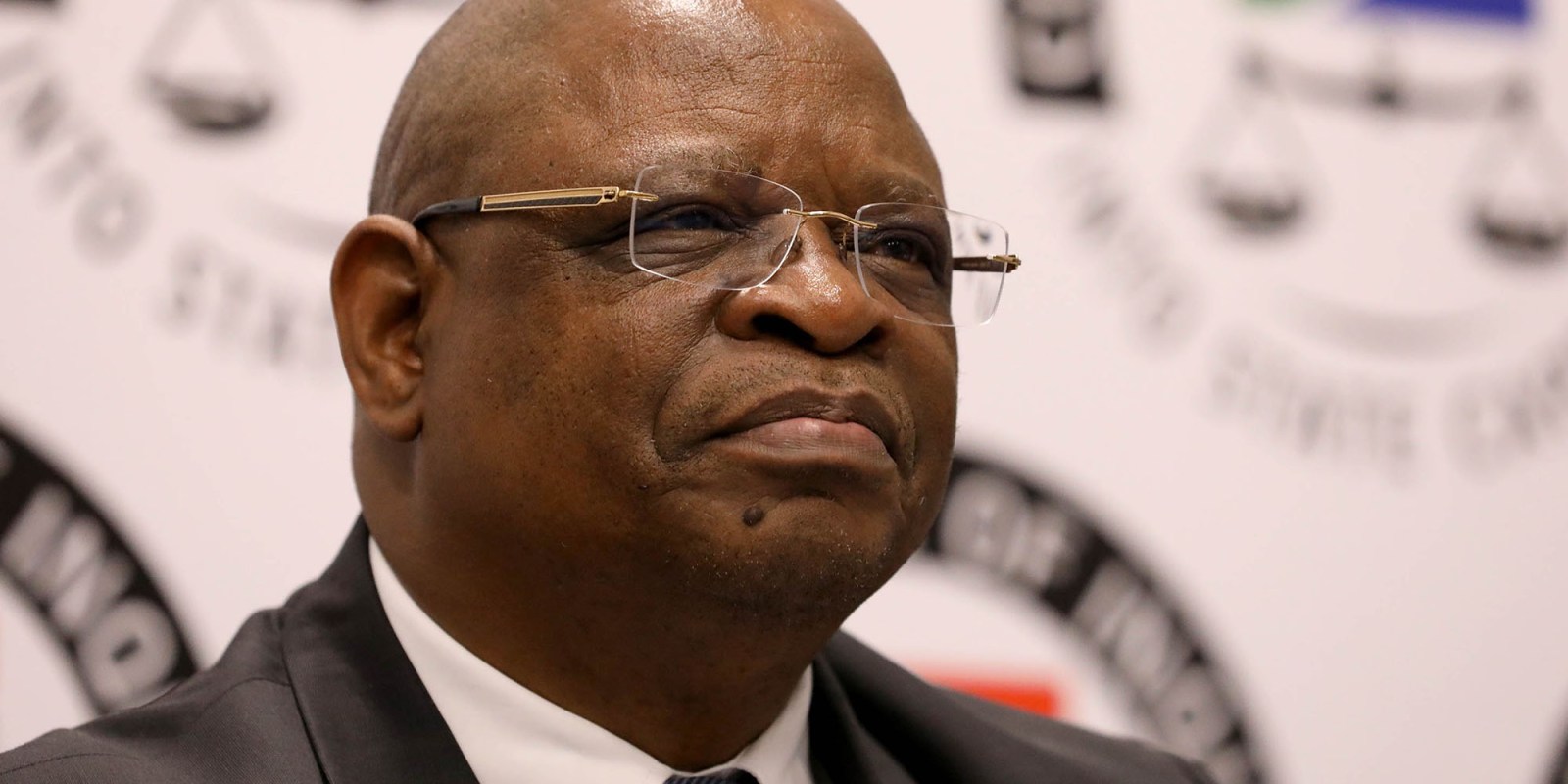 The State Capture inquiry resumed on Tuesday 4 February with former SAA boss Vuyisile Kona recounting how Tony Gupta allegedly tried to hand him R100,000 to become part of the ‘family’. Kona believes he was hounded out of his job because he refused to favour the family.

Vuyisile Kona said he repeatedly tried to avoid meeting the Gupta family. He didn’t know he was going to meet Gupta family members after he was appointed SAA chair in late 2012, but he knew something was wrong when former public enterprises minister Malusi Gigaba’s adviser Siyabonga Mahlangu kept on asking him to meet important but unnamed stakeholders away from his office.

“My view was, why can’t they come [to my office]?” Kona told the State Capture inquiry on Tuesday.

Kona was testifying before Deputy Chief Justice Raymond Zondo on Tuesday about how Tony Gupta allegedly offered him R500,000, which he believed was to influence a consulting contract to develop a turnaround strategy for the embattled airline.

Kona, who was appointed SAA chairperson in October 2012 and later acting CEO, said that after he got the job, Gigaba’s adviser Mahlangu repeatedly tried to get him to meet the supposedly important stakeholders and Mahlangu was shocked when he suggested they meet at the SAA offices.

Kona eventually agreed to the meeting and said he arrived at the Guptas’ Saxonwold house and was escorted inside and made to leave his phone in a room by the entrance. He went into another room where he met Mahlangu, the then-president’s son Duduzane Zuma, the then-Free State premier Ace Magashule’s son Tshepiso Magashule, and Tony Gupta.

Kona, who had worked in aviation before he was appointed to lead SAA, was only weeks into the job and was crafting a turnaround strategy to submit to Treasury to secure a R5-billion government guarantee.

He said he needed to appoint consultants to help with the turnaround strategy and could approve up to R100-million in procurement for consultants without going through regular tender processes. He said he left it up to SAA’s procurement team, which came back with two consultants – McKinsey, a management consultancy firm that quoted around R40-million, or Lufthansa Consulting, which had airline experience and made a quote that was a sixth of McKinsey’s price.

Koma said he and Tony Gupta exchanged pleasantries before they got down to business. Zuma and Magashule never said a word, according to Kona. They have disputed Kona’s version of events and denied any wrongdoing took place.

He said that even before they discussed the contract, Gupta reached into a drawer and pulled out R100,000 in cash and offered it to him. According to Kona, Gupta said, “Sorry, before I continue I have to welcome you into the family. You are part of the family.”

Kona said he didn’t know what family he was entering into and didn’t need or want the money, which would come with complications, and declined the offer. Gupta then allegedly offered him R500,000 (the cash wasn’t on the table) but Kona again declined.

“I mean, nobody is going to give you so much money for nothing,” Kona testified.

He said Gupta then immediately raised the issue of the consultancy contract. Kona said he told Gupta it had been given to Lufthansa. He said the meeting abruptly ended as “they” allegedly phoned the then-public enterprises director-general Tshediso Matona and Kona saw himself out.

Matona then allegedly called Kona as he was leaving to ask him what had happened and why the contract had been awarded to Lufthansa. Kona’s comments on Matona were not included in his affidavit and evidence leaders at the inquiry said Matona would be given a chance to respond.

“I felt like an animal that was in the zoo being hunted. People were shooting but they don’t know where to get you, kind of thing,” said Kona of the following fallout.

Kona lasted only months in leadership at SAA before he was suspended for allegedly wrongfully appointing employees to help with the turnaround strategy, which he denies.

The inquiry also heard from former Transnet stakeholder employee Daniel Phatlane on Tuesday. He testified about the state-owned entity’s deals to host business breakfast and leadership events, broadcast by the SABC, in partnership with the Gupta-owned The New Age newspaper.

According to investigators, between 2012 and 2017 Transnet spent R122.8-million on the business breakfast events and R24.8-million on The New Age’s Big Interview, an outsized amount considering the company’s limited audience.

Phatlane said that occasionally Transnet realised value on the events but it became clear that the value for money was diminishing over time, and while dealing with Gupta-linked businesses became harmful to Transnet’s image the SOE continued to maintain the relationship and pay more and more – upfront. DM