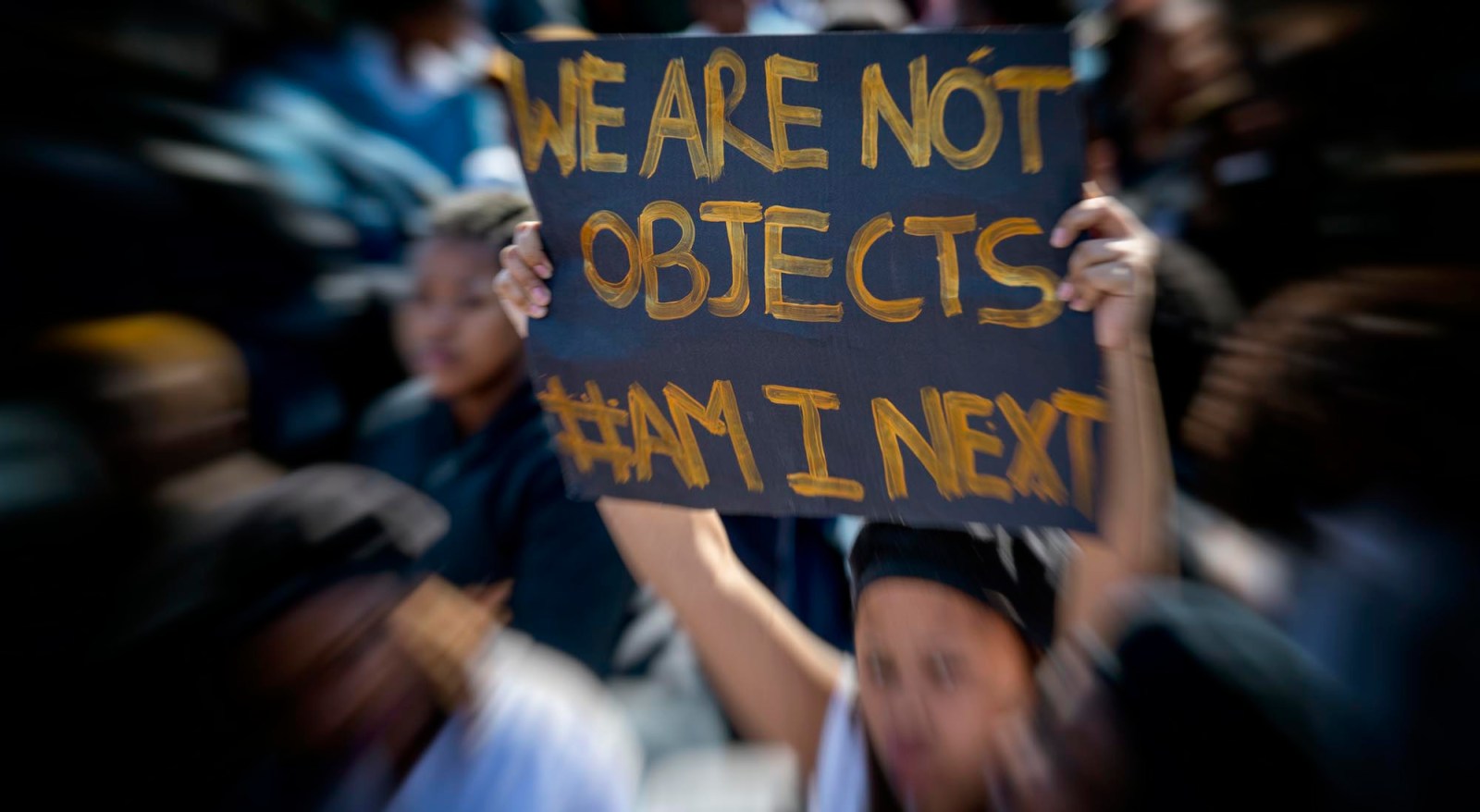 Namibian police statistics on rape, as well as figures on women murdered by their partners, show an alarming increase. (Photo: Jaco Marais)

The Namibian Government is planning to tighten laws on gender-based violence to allow for much harsher prison sentences and make it easier to secure convictions – but admits that the laws aren’t the main issue.

The Namibian justice ministry’s deputy executive director Gladice Pickering told The Namibian that gender-based violence in Namibia is on the rise, fuelled by unemployment, alcohol abuse and low self-esteem.

However, she said the legislation is not the problem, as “Namibia has some of the most progressive legislation in Southern Africa on violence against women”.

National police statistics on rape, as well as figures of women murdered by their partners, show an alarming increase.

Former deputy commissioner Edwin Kanguatjivi said in August 2019 that there is an upward trend in the number of rape cases involving minor children, and advised parents to be more vigilant.

In a statement, Kanguatjivi noted that 56 rape cases were reported across Namibia between 11 July and 24 August 2018, of which 26 involved minors.

“More concerted efforts need to be made towards combating rape in our country, particularly the violation of minor children,” Ndeitunga said at the opening of the renovated offices of the Khomas Gender-Based Violence Protection Unit.

Police statistics also show that between 2014 and 2019, 139 adult women were murdered by their partners. Twenty-one minors are included in this category – presumably murdered by the adult male of the household or partner.

That represents an average of 27 women murdered every year by their partners in a population of 2.5 million.

The statistics also show that 89 men were arrested for those crimes, but do not give figures for convictions.

Pickering said the implementation of the legislation depends on “the availability of resources and the correct mindset of the implementers as well as the society”.

She further said legislation would only succeed if it is respected and effectively implemented, with the desired deterrent effects.

“For this to happen a conducive mindset in the law enforcement agencies and that of society as a whole is needed,” she said.

This was echoed by the NGO Regain Trust Namibia, which offers survivors of gender violence-free counselling.

Regain has seen over 1,000 survivors of gender violence since it started in 2015.

Regain’s director, James Itana, said the existing laws on rape, sexual assault and domestic violence are “adequate”, but “become redundant” if they are not properly resourced.

Pickering revealed that the Combating of Rape Act is to be toughened to provide for:

This applies in cases where the rapist has a sexually transmitted disease, uses a firearm or other weapon, abuses a position of trust, where the victim is gang-raped; is under 13 years of age or especially vulnerable because of physical or mental disability.

The previous prison term for such aggravated crimes was 15 years.

The planned legislation also aims to make it easier to secure a conviction by stipulating that the victim’s character, sexual reputation, previous sexual conduct or lack of physical injury during the rape cannot be considered “substantial and compelling circumstances”.

The courts are also ordered not to draw conclusions from the absence of semen or other bodily fluids or “of rupture of a complainant’s hymen”. Bail conditions will also be tightened by requiring the courts to ensure that an accused does not contact the alleged victim.

At the same time, the Domestic Violence Act is to be amended to further protect victims of domestic violence.

Among other things, the planned amendments will:

Pickering said there had been consultations on both Bills and after certification by the Attorney General they will be tabled in Parliament in February 2020.

“It is more relevant in responding to gender violence that has already taken place. Law can be part of the solution, but is not enough on its own,” she said.

Hubbard said gender violence will stop only when society stands up together and says that it will not be tolerated.

The chief inspector of the police’s Gender-based Violence Protection Unit in Windhoek, Hendrick Olivier, said the unit receives between 200 and 300 reports of cases under the Domestic Violence Act each month.

The unit deals with such offences as rape, assault with intent to cause grievous bodily harm, assault by threatening, common assault, child neglect, sexual harassment, concealment of birth, crimen injuria and defamation of character.

Hendrick said most of the perpetrators and victims of gender violence are young.

National Unity Democratic Organisation secretary-general Joseph Kauandenge said the biggest problem with regard to gender violence is that men have been brought up to think that they own a woman.

“Our society needs redirection and this must start with deliberate programmes at primary school to rewire our young people towards a culture of treating woman as their equals and people to be protected,” he said.

The Regain Trust’s director, Itana, said the services currently being offered to address gender violence are insufficient, an issue that has not been confronted by Namibia’s political decision-makers.

Regain has received complaints from survivors that they have not received adequate services from the police or prosecuting authorities.

These suffered from staff shortages, and a lack of vehicles, equipment and infrastructure such as shelters or places of safety for victims.

“All the different challenges faced by service providers are compounded and in the end this makes service provision almost impossible,” he said.

Although Namibia had a Prioritised National Plan of Action on gender-based violence, the plan does not have a budget – making it hard to implement strategies.

“Our political decision-makers such as MPs, Cabinet Ministers and local authority leaders all need to prioritise gender violence and ensure that it receives the necessary allocations in the national budget,” Itana said.

“Unless we do this we will continue to suffer the scourge of gender violence in Namibia.”

Namibia broke new ground in 2019 with the launch of a movement that aims to educate citizens about the ills of slut-shaming, rape and gender-based violence in the country.

The public relations officer of Slut Shame Work (SSW), Arlana Shikongo, said she and her team decided it was time to bring Namibian women together to press for their protection from gender violence and stigma.

“We are a part of a coalition and work as one of the channels through which victims and survivors who come forward can be connected with a legal team who can help them if they want to open a case, or simply to put them in touch with psycho-social services to help them work through trauma,” she said.

Shikongo said the walk, which took place April 6 last year, aimed to create a space for abused women and their allies to discuss, share and unpack their experiences.

Shortly after the walk, #MeToo Namibia was created to encourage rape survivors to speak out against their abusers.

In a related development , the Office of the First Lady’s Break Free from Violence Campaign, started in 2017, has held 70 anti-violence awareness sessions in communities and the workplace.

The #BreakFree From Violence pledge has been signed by more than 40 000 individuals who have committed themselves to creating a non-violent society.

The Office of the First Lady said there is a growing acceptance of the fact that Namibia is experiencing an epidemic of violence.

A spokesperson said Namibia would find it prohibitively difficult to change violence in the public sphere unless “problematic mindsets being engendered in the home” were tackled. DM

SSW was modelled after the Slut Walk, the Canadian movement launched in 2011 to campaign for an end to the rape culture, including victim blaming and the shaming of sexual assault victims.

This article was produced by The Namibian’s investigative unit.