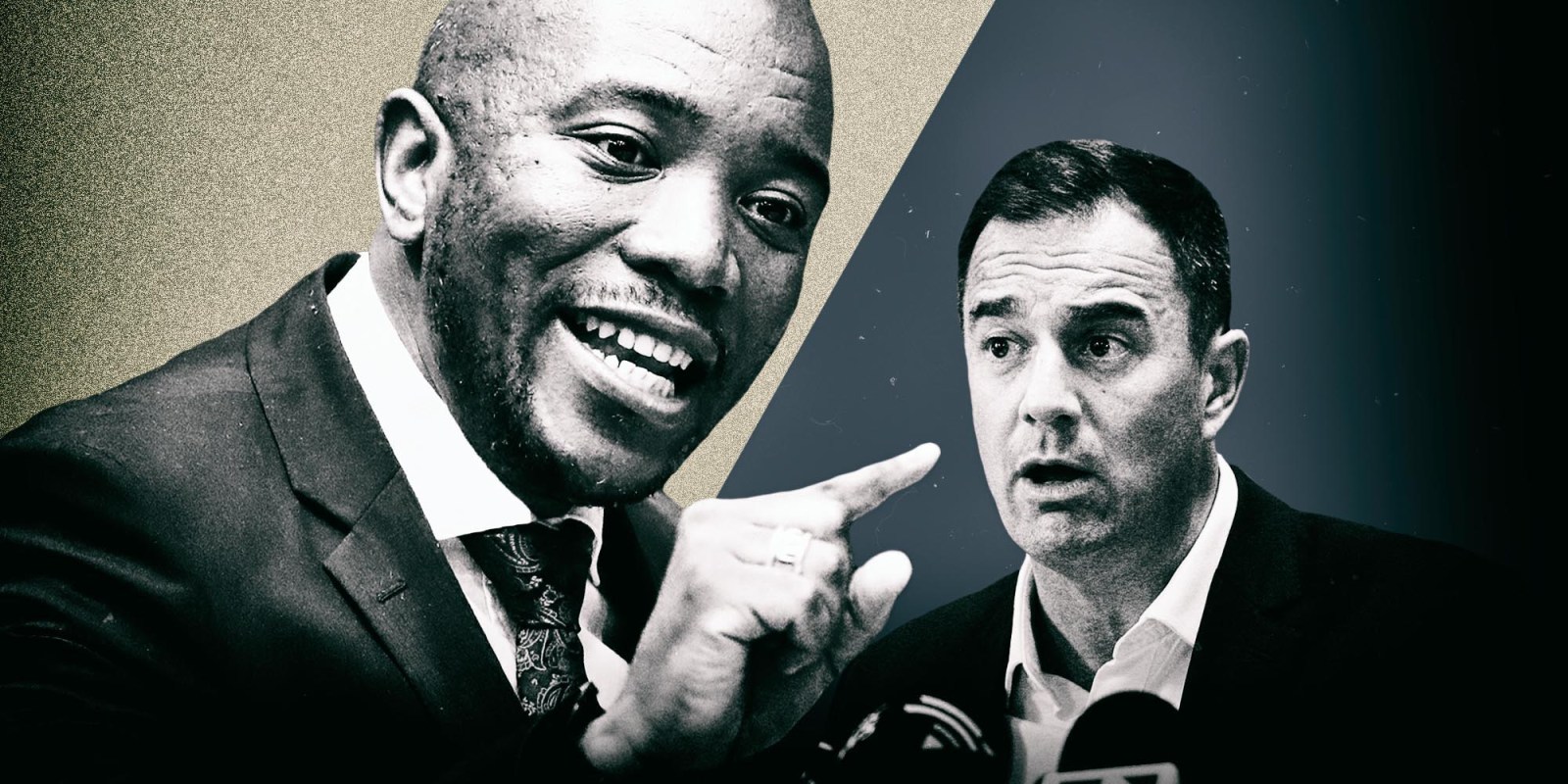 The heat is on in the DA and the party might be facing a series of difficult choices over the next few months. While policy differences are at the centre of this, a combination of events and combustible personalities may finally be putting more stress on the party than it can take.

While the attention of our political popcorn consumers has been focused on the ANC’s never-ending implosion, the DA also appears to be getting ever closer to a meltdown of its own. At the weekend, a DA MP Ghaleb Cachalia appeared to attack the party’s former leader Mmusi Maimane in a way almost predetermined to make more sense when dirty laundry is aired. Then, the DA’s mayor in Tshwane, Stevens Mokgalapa, confirmed he would resign. The DA will now have to nominate another mayor in that metro – a situation which could see it losing one of their prime positions in South Africa.

On Sunday morning at least two newspapers claimed Mokgalapa was going to be told to leave his post, or face being fired through what is known as the “Patricia de Lille clause” (De Lille was eventually fired as mayor of Cape Town by the party). Later in the day, he confirmed that he will leave office by the end of February. The DA will now have to get the support of other parties in Tshwane to elect a new mayor, should it try to retain control of the metro.

But the worst may still be to come for the party that once claimed it would soon be governing several provinces. It is unlikely that it will be able to renew the support for their Tshwane coalition. The political maths is not good for the DA, and it would have to make a deal with the EFF. That is unlikely (although anything is still possible with the EFF; importantly, it did not vote against the DA in Joburg, but it didn’t need to as two DA councillors voted with the ANC).

So, by the end of this month, the DA could be back to where it was before the 2016 local elections: in control of one metro, Cape Town, and one province, the Western Cape. In real terms, it would have gone backwards, as it has fewer seats in the National Assembly now than it did in 2016, after losing several percentage points in May 2019 elections.

However, once again on Twitter this past weekend, elements of the DA, present and past, appeared to renew the long-simmering war. Maimane referred to DA interim leader John Steenhuisen as “Judas”. That led, for some reason, to Cachalia tweeting what very much looks like a pointed claim against Maimane.

Here’s the thing @MmusiMaimane No one ever bought me a car. My asset declaration to parliament is true. I never had extramarital affairs with public reps/staff. I don’t earn money on the side as an MP. I stayed the course with my party. How about you? #VIPwannabe #glasshouses

What is fascinating about this tweet is not so much a detailed accusation, but that it was unprompted, at least apparently. There is no political reason why Cachalia would need to say this to defend himself or the DA from any threat posed by Maimane. And yet, it is on the attack.

But it is an attack that could result in more mud being flung back on the DA. Should claims, or evidence emerge of wrongdoing on the part of the DA’s former leader (and for the moment no evidence has been given, and it would be very much against the public image of Maimane for this to have happened), then the party itself could be damaged. It would face questions about how and why it allowed itself to be led by someone who conducted themselves in this way. Cachalia himself could be asked why he maintained his silence during this time.

This suggests Cachalia’s tweet was not properly thought out and was aggressive move on his part (he has done this before: he once sent out a homophobic tweet in which he referred to the broadcaster Eusebius McKaiser as a “woman scorned”). It may suggest that he is not thinking strategically, but emotionally and destructively.

The DA has suffered much damage because of fighting (squabbling might be a better word) among its leaders and senior members present and past on Twitter. Time and time again the party has lamented this. And yet, it is unable to prevent it from happening again.

If it is not able to control its members, including people it has deployed to Parliament, the DA may soon find that it is unable to control conferences and meetings, which will weaken it further.

In the meantime, the real threat to the party is that it is likely to face a series of events that could test its cohesion to the limit.

The DA is soon to have a policy conference. This is likely to see serious arguments around the central issues in SA politics: race and racial redress, and dealing with our racialised inequality. These are difficult issues for any group to agree on and it is much more complicated when that group makes up the most racially diverse political party in the country.

To add to the difficulty, the head of policy at the DA is Gwen Ngwenya. She is incredibly sharp in any argument and has the benefit of knowing her own mind (which means there is no equivocation). However, she can also be combative. This means that policy debates, in which she will surely play a central role, can have the effect of further damaging the party.

Then there is the May election for the post of the new leader.

It is possible that two or more candidates will campaign by going to the left or right of the party. Policy and redress could be a big feature of this. As a result, the party could be divided even further, to the point where whoever wins may find it is too late to go back to the centre and so unite the party once again.

There is a very rocky road ahead for the DA. It will require strategic leadership, cool heads and clever politics to remain a cohesive organisation. DM