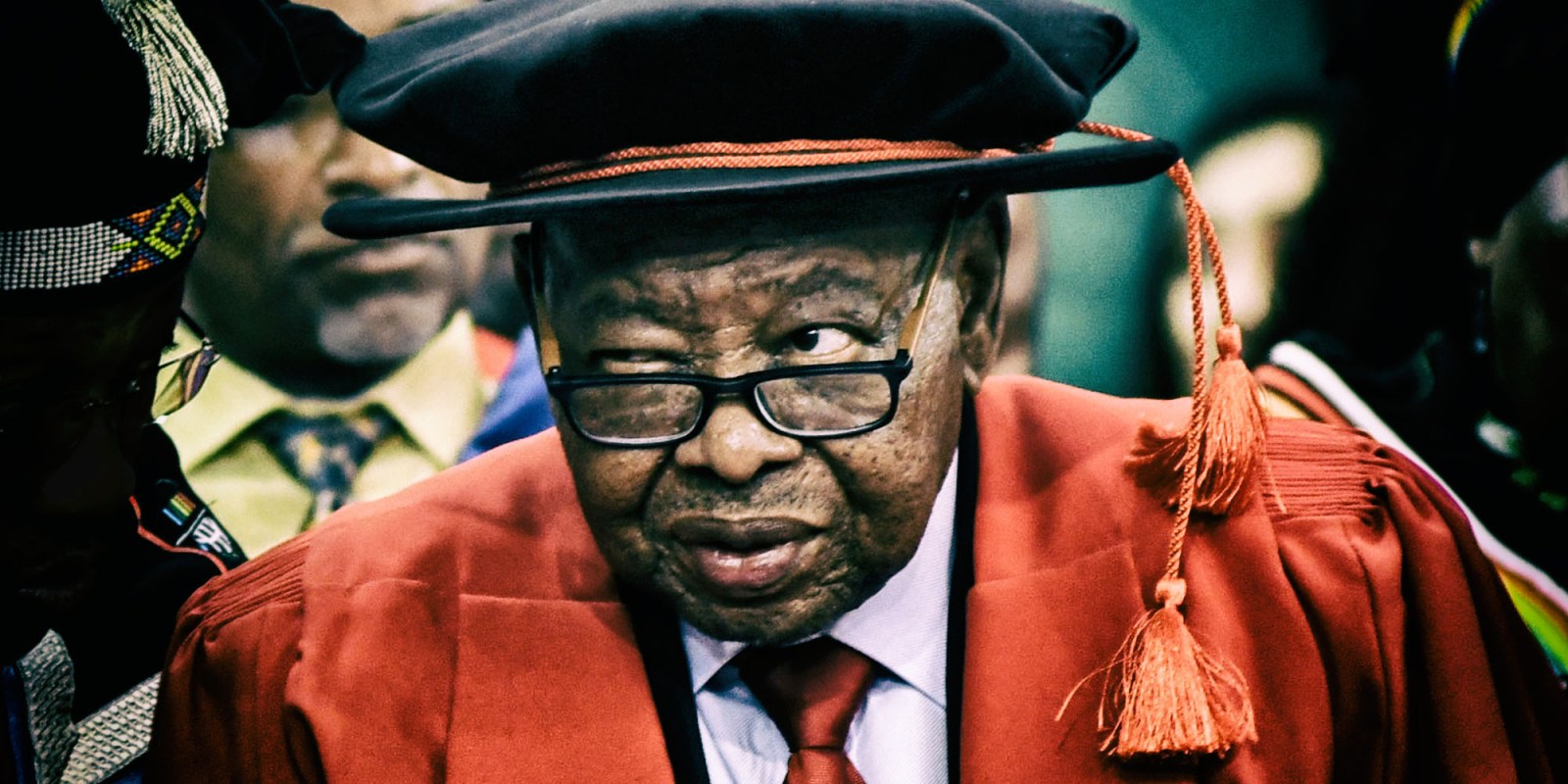 The existing structures and provision of postgraduate funding in South African higher education are replete with contradictions.

Look one way, and postgraduate studies are considered a luxury: unnecessary and self-indulgent – the whim of a select few who like books too much and “real jobs” too little. Look the other, and postgraduates are considered “critical” for the knowledge they produce, indispensable if South Africa is to grow its higher education sector and mature into the knowledge economy required for developing a more egalitarian, low carbon and inclusive society.

These contradictions bite keenly in the everyday experience of postgraduate students across the board when battling for funding. In this article, we explore two examples to highlight how multiple assumptions on the part of funders and universities coalesce to make opportunities for postgraduate study easiest for those already advantaged, and most inaccessible for those suffering plural forms of structural discrimination.

First, the amounts offered are never enough to fully cover costs, especially when living in city centres where housing expenses are high (especially in the vicinity of universities).

Second, most funding sources apply limitations on how much paid work a student is allowed to do (a reasonable condition given that adequate time must be dedicated to studies, but a limitation that bites when the amounts allocated are low… or late).

Third, funding assumes horizons of completion (two years for a Masters, three for a PhD) that are only possible if students are studying full-time… even though this is impossible given that the funding amount does not cover costs.

Effectively, funding assumes students are willing to be impoverished to study: hardly an incentive to pursue further education (and an assumption in line with the mantra, “postgraduate studies are a luxury and you should be grateful”).

Our first example looks at one of the most generous sources of funding, which provides R130,000 per annum for PhD study. Off this comes R20,000 in fees, leaving R110,000 per year, or less than R10,000 a month. While this is high compared to the median South African wage, it is certainly not enough to sustain the basic necessities required to live in the urban areas where most universities are located in a fashion that supports a focus on the thesis.

Consider a (single, healthy) student’s monthly costs: R5,000pm in rent; R1,000pm in transport; R3,000pm for food… leaving R166.66pm for: health issues, a phone and/or internet connection required for work, insurance or maintenance and upgrade costs for equipment necessary to do the work (eg a laptop), and travel for fieldwork or conferences (both critical aspects of postgraduate work).

On this scholarship, paid work was limited to 10 hours a week, hardly enough time to supplement the income sufficiently to cover costs. Students thus have no choice but to work more hours than they are contractually meant to – since the funding provided is inadequate – and this affects progress with the studies. The result is that the degree takes far longer than “intended”; on average, PhDs take five-plus years in South Africa. Yet funding stops after three years, assuming students (who are by some miracle doing nothing else except studying) should be “complete by now”.

What happens, in reality, is that, once funding support is cut after these unrealistic horizons, the student must work full-time and the degree is strung out even longer, or abandoned.

In addition, this particular funding source dispensed funds anywhere from four to eight months late. This is effectively the equivalent of going without a pay cheque for four to eight months – a situation very few readers could withstand/survive without tapping deeply into savings, or calling on friends and family for help (assuming the help is available).

Unsalaried or low-earning students can’t get short-term loans without some sort of surety to see them through these periods of scholarship non-payment, and finding sufficient ad hoc income at short notice is next to impossible. Even though the structure of the scholarship contract effectively binds the funder to the student as would an employer to an employee, there exists no legislative framework for students to appeal to, or hold accountable, their funders in the case of non-payment or late payment.

In another example, a student is awarded a university merit bursary which limits paid work to 20 hours per week (somewhat more reasonable): however, the amount the student is allowed to earn is capped at a rather arbitrary figure deemed to be “the total cost of attendance” which apparently includes all the basic necessities such as fees, textbooks, rental and food allowance. For this student, who happened to be a 34-year-old with a spouse, the total cost of attendance was calculated to be R67,000 (annually), of which 31% would already be committed to the fee costs of the PhD, leaving only R47,000 to cover any other living expenses for the year.

Since the student and his spouse are paying a mortgage on their flat, the student is deemed to be “living at home” and hence the expense is not valid in the same manner as a lease agreement, according to the university formula. “Living at home” seems to act as a stand-in for more straightforward explanations such as having middle-class parental support or access to other forms of social and economic capital.

Of course, if the student were middle class, younger and “living at home” they might have had access to sources of accommodation, food and possibly the benefit of being a dependant on their parents’ medical aid scheme. Unfortunately, this is not a possibility for a 34-year-old married student in a dual-income, yet precariously employed household, where every cent counts to make it to the end of the month.

Application forms belie the further problematic assumptions made by funding structures: what counts as “valid” costs and what does not, and where supplementary income is available and from whom. Many funding forms ask for parental income, a wholly inappropriate question for people in their thirties or older whose parents are retired, if not deceased.

Dependants are not considered a “valid expense” when stating a student’s anticipated costs, discriminating against older postgraduate students who might have children or elderly dependant parents. Students are assumed to be able-bodied and have no excessive healthcare costs, discriminating against anyone who needs chronic medication, prostheses, etc.

Married students are to declare the income of their spouse, a question that assumes a spouse is supportive of the decision to study (this latter criterion is far more problematic for women, given that further education for women is less likely to be supported by their husband, and that men still earn more for the same work as women– a man declaring his wife’s income will seem more “needy” than a woman declaring her husband’s, even though she is less likely to have his unequivocal support for her decision to study.)

(The assumption of heteronormative marriage, in this case, is based on the empirical majority for most students; even so, assumptions of spousal financial or emotional support are  not given for any couple, whether heteronormative or not.)

Postgraduate funding structures, effectively, assume applicants can access intergenerational wealth, have no dependents, have supportive (earning) spouses and suffer no ill health. These assumptions stack further education in favour of students with access to family money (ie middle class, and most likely white); students who are still young and child-free; and students who already reside in cities near universities.

Who is most likely, empirically, to fit such a profile? Unfortunately, the answer is young, middle-class, white men (or child-free women) who have access to intergenerational capital. Who is most likely to come to post-graduate studies later in life, as a single parent, with no money elsewhere in the family and no spousal support? Statistically, the answer is black women from working-class origins. These demographics also fit who is most likely to weather non-payment or late payment from a funder and who is not. In reality, race and class are still tightly bound in South Africa, and care work and income still very gendered.

Not too long ago, Minister Blade Nzimande called for a ministerial task team to probe why so few black PhD graduates had been produced post-1994. It may be worthwhile to simply consider the impoverishment such students are forced into when they decide to pursue such advanced postgraduate qualifications, and how current postgraduate funding structures tacitly assume students can put family responsibilities on hold and become a financial burden to their loved ones.

This begs several questions: who is the “ideal student” as imagined by funders and universities ie who fits the assumptions built into existing funding models? And why are we surprised at the frustration and anger of students who clearly recognise and feel their own structural exclusion because they do not fit these assumptions?

Minister Nzimande could perhaps save the cost of a ministerial task team and use the money instead to adequately fund and support the PhD candidates he states South Africa desperately needs. DM

Ashley Visagie is a PhD student at UCT’s School of Education, a co-founder of BottomUp (school-based NPO) and a member of Thinking Space Radical Scholarship Collective. Sara Black is an education researcher, teacher and policy analyst. She is a PhD candidate in Education Policy Studies, UCT, and a co-founder of the Thinking Space Radical Scholarship Collective.