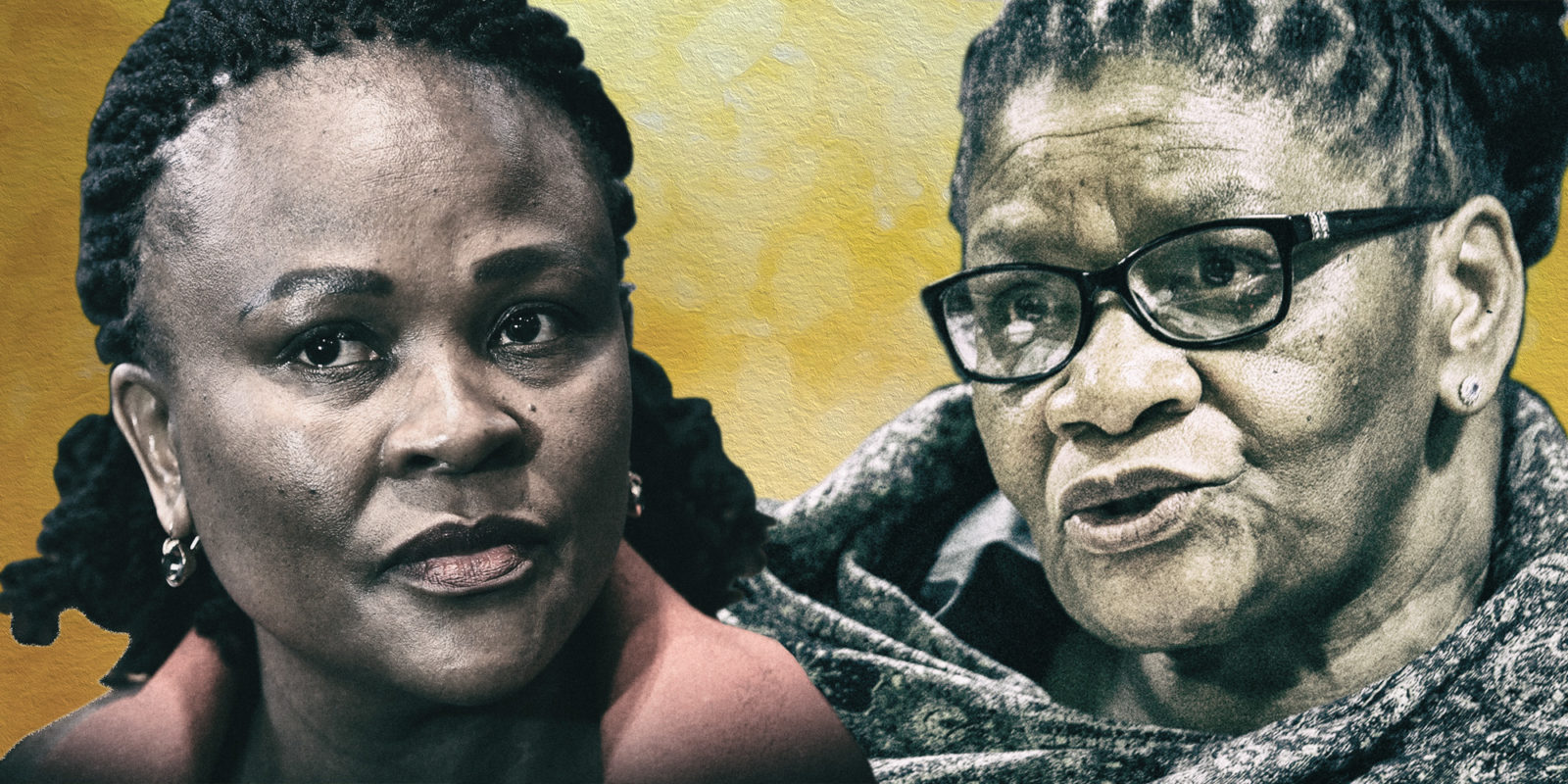 At a media briefing on Tuesday, Public Protector Busisiwe Mkhwebane hit out at the DA-instigated parliamentary process to investigate her fitness to hold office. Mkhwebane said the removal proceedings violate both the Constitution and the independence of Chapter 9 institutions – and indicated her belief that they may be a form of revenge for findings she has made against President Cyril Ramaphosa and Public Enterprises Minister Pravin Gordhan.

Busisiwe Mkhwebane has expressed “grave concern” at the decision taken by National Assembly Speaker Thandi Modise to approve the instigation of Parliament’s removal proceedings against the Public Protector.

The proceedings, requested by the DA, have been a possibility only since the December 2019 National Assembly adoption of rules for the removal of the head of a Chapter 9 institution.

“I am advised that the rules are unconstitutional and unlawful,” Mkhwebane told journalists at Tuesday’s briefing.

The Public Protector’s major complaint is that the process to determine whether she should be removed does not allow for the recusal of parties who may be embroiled in litigation against her – such as the DA – or who may bear grudges against her as a result of previous or ongoing investigations.

“There are several parties in the executive and the legislature who are subjects of investigation,” Mkhwebane said.

She said the fact that both DA members and members of the justice portfolio committee have openly called for her removal rendered the situation akin to a judge publicly condemning a suspect and then being called upon to rule on his or her innocence in court.

Mkhwebane is also concerned that such proceedings might weaken the autonomy of Chapter 9 institutions, suggesting: “Today it’s about me, tomorrow it might be the head of the Human Rights Commission, or the Auditor General.”

She said that as a result, she has written to the Speaker to request that this “grossly unfair process be temporarily suspended” until the issues Mkhwebane has raised can be addressed.

“If the Speaker doesn’t respond, we are engaging with the legal team,” Mkhwebane said.

The Public Protector added that the recent decision by SARS to subject her to an income tax audit fuelled her suspicions about the “abuse of state institutions” against her. Mkhwebane repeated claims previously made by her office that since investigating the so-called SARS Rogue Unit, she has become the target of “poisoning threats” and other forms of intimidation.

Asked by a journalist if Mkhwebane believed that the parliamentary proceedings to remove her were linked to her adverse findings in the past against President Cyril Ramaphosa and Public Enterprises Minister Pravin Gordhan, she confirmed that she was entertaining the possibility.

“Unfortunately the Public Protector will touch the untouchables, and touching a raw nerve, nobody will be happy,” said Mkhwebane.

“That person will make sure they possibly retaliate in whatever manner possible.” DM