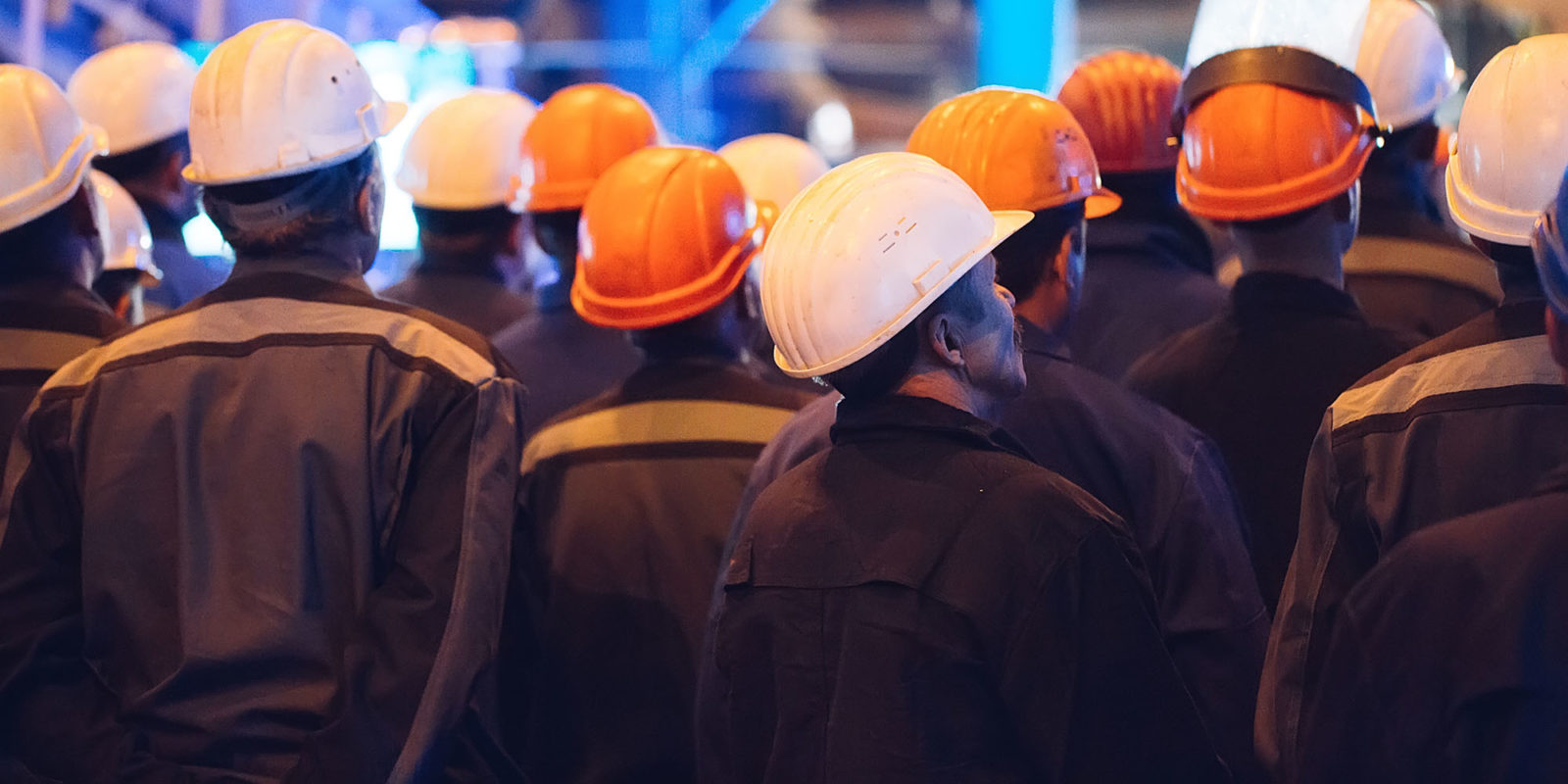 Trade unions are a dying species around the world. In South Africa, numbers are dwindling thanks to a combination of economic contractions and poor leadership. This may not be a good thing.

Should we care about the state of our labour unions? With union absorption rates declining faster than the rand or Ricky Gervais’ prospects of hosting future Hollywood events, is it really worth bothering ourselves about fewer workers joining the gang? With around one in three adults unemployed, does it matter whether the lucky two with jobs pay their dues to a trade union? Asking organised labour for its view may be akin to getting the turkey’s opinion on Thanksgiving, but how should the rest of us feel?

The decline of trade unions has received fair coverage in the recent past. From a once-lauded movement that thrust our nation into democracy, large portions of organised labour are now shadows of their former selves. Top union officials left their comrades behind to join the echelons of government, resulting in labour losing experienced and skilled negotiators, organisers and administrators.

Key officials who were not absorbed into the public sector found themselves at odds with up and coming unionists who were keen to establish themselves as serious role-players.

Infighting within union ranks has also fuelled speculation that the true inter- and intra-union struggle is not about ideological differences, but the ability to get hands on union purse strings. Many trade unions compromised on philosophy and established “investment vehicles” whereby the unions could invest in opportunities arising from companies desirous of worker shareholder credentials or seeking to increase their BBBEE rating, for example. While this initially resulted in heated debates about whether a trade union can be both shareholder in a business and represent workers when negotiating salary increases, we have not seen those issues featuring in radio talk shows, periodicals or newspapers recently.

Instead, the news is peppered with reports about unions splitting, leadership stomping off with members to form splinter unions, and the frustration felt by the Minister of Labour and the Registrar of Labour Relations about the majority of trade unions that are not complying with their financial and audit obligations under the Labour Relations Act (LRA).

Tie into these persistent rumours about unscrupulous actors seeking kickbacks from medical and pension brokers in order to arrange workers to join such a scheme or fund, and you sense the disillusion faced by vulnerable workers turning to the trade union for assistance in the face of employer conduct.

Government has recently taken steps to regularise labour relations. The compromise reached at Nedlac has seen the introduction of a secret ballot before strike action. This has the potential of drastically reducing the number of violent strikes as the strike may only proceed where more than half the eligible members agree that such action is required. It would thus not be necessary to coerce, threaten or intimidate colleagues to strike, as the majority would have bought into the plan.

The Registrar of Labour Relations has also taken action against unions for not complying with their governance and reporting obligations. The Minister amended the LRA to allow for trade unions to be placed under administration where the trade union fails to perform its function, or where its financial affairs are mismanaged.

Previously, the Registrar could only ask the Labour Court to deregister a trade union that, for instance, failed to submit an auditor’s report and financial statements. Once the union is deregistered, it can no longer lawfully perform the functions of a trade union, such as representing members in collective bargaining or dispute resolution. This had the effect of punishing members where their official had mismanaged the union’s affairs. Mismanaged trade unions can now be placed under the care of a court-appointed administrator to nurse the organisation back to health, allowing it to fulfil its mandate to the workers.

Trade unions are not-for-gain organisations created in terms of the LRA. They are governed by the provisions of the act and their own constitution. They must be independent (hence the need to establish separate legal entities for the contentious investment arms?) and perform the functions of a genuine trade union. Their constitution must also provide for the banking and investment of money. While trade union fees or levies are often low, the money lies in the volume of the membership. This often sees members of trade unions with small numbers in a particular workplace feeling neglected, as the union focuses its attention and resources on those workplaces where it has significant membership (and thus income) or the potential to increase it.

If you have one union organiser for a specific sector in a geographic region, do you send him to workplace A where 20 members pay R50,00 per month for a collection of R1000,00, or should she go to workplace B where the 3000 members add R150 000 per month to the coffers? Could this be a true underlying reason why we see bloody wars between rival unions, a cynic may ask, especially if the trade unions involved form part of the 63% of unions not complying with their financial reporting obligations? Lack of audit oversight and absence of statutory reporting on financial management seems like fertile grounds for those seeking to get their hands on union riches.

Should we allow the unions to go to pot and just get on with the business of managing employee relations between employers and individual employees? Does our labour legislation and employment dispute resolution systems not provide adequate protection of worker rights? Tempting as it may sound, the time may not be right to sound The Last Post for organised labour. There are still well-functioning trade unions who adhere to their statutory and moral obligations, advancing worker rights and stabilising the macro employee relations environment. While you often get the sense that many employees represented by trade union officials would have been better off looking after their own interests, every now and then you witness passionate unionists who are not set on enriching themselves or using the labour movement unashamedly to book a place on the public sector gravy train.

What we need are more workers and employers who care enough to hold dithering trade unions liable for their errant conduct. Members and employers are entitled to inspect a trade union’s constitution and sections of the annual auditor’s report (section 110(1) of the LRA). Members may also inspect any document the trade union is obliged to submit to the Registrar of Labour Relations, including its financial statements and the auditor’s report (section 98(3) and 110(3)). We need more members acting as activists, and more employers assisting their employees in ensuring they are not taken for a ride by a bogus trade union. The Registrar and Minister have signalled their collective intent to address trade unions (and employers’ organisations) who do not operate as genuine representative bodies.

Global trends suggest that trade unions will continue to decline. But while worker collectives have already become an extinct species in many workplaces, certain sectors (mining, public, and manufacturing, for example) may continue to buck the trend for the foreseeable future. With our long and proud history of the unions acting as the moral compass of the nation, it will be a sad day should this movement die out. This sadness may be tempered, however, should greed and corruption hasten its demise. BM