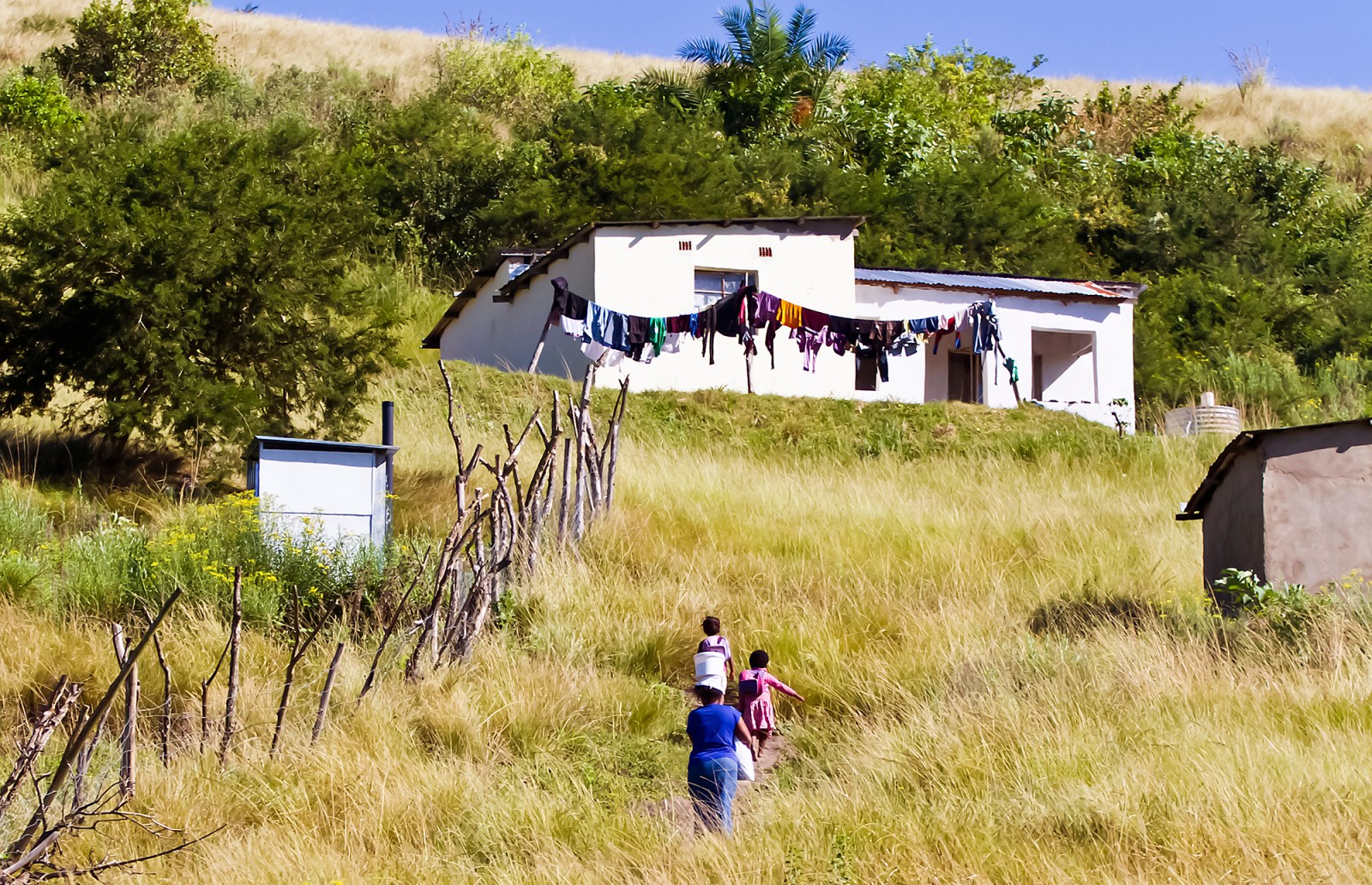 Persisting harmful customary practices in rural areas that are not questioned or challenged become the norm — even to the victims sometimes, because of how womxn in these communities have been socialised, says the writer. (Photo: Gallo Images)

In the discussions, media coverage and campaigns around gender-based violence in South Africa, it is a serious omission that the plight of rural women is conspicuously under-reported. This is not a unique occurrence in South Africa; rural communities have always occupied a backseat when it comes to development or access to basic services.

Rural womxn (including and especially gender non-conforming people and members of the greater LGBTQI+ community) continue to face difficulties in accessing public services, social protection and employment. Their vulnerability and disadvantage are further deepened by the reality and effects of patriarchal cultural customs and norms. I know, as a born and bred rural womxn myself.

“Accepted” and internalised gender-based violence (GBV) against rural womxn and a lack of data and reporting augment the levels of violence rural womxn experience. GBV is mainly perpetrated by men, but also by women themselves who have been brought up to tolerate negative masculine practices.

While research such as by the Centre for the Study of Violence and Reconciliation suggest that two out of every three women will be physically or sexually abused in her lifetime, I hold that these violations may be even higher in rural communities where cultural practices and cultural norms rooted in gender inequality have led women to normalize and internalise GBV.

It is not unheard of for a womxn who is in a “loving” relationship with a man to leave him because he does not beat her. Occasionally getting a beating from her partner is a sign of love. This can be attributed to many factors, ranging from her upbringing, where she might have witnessed domestic violence between her parents or relatives, to internalised beliefs that she must assume the role of victim in every situation.

The problem is that little research has been conducted on this type of GBV in rural areas, and critically, some forms of GBV seem to not be counted as such, and are “normalised practices”.

Virginity testing is one such example. But also “cleansing” practices after male circumcision. This is a practice where young men who have just returned from initiation school are encouraged to sleep with young girls. It is believed that this act is necessary to purify young men from potential bad spirits they may have contracted from the mountain. Or to prove and assert their manhood amongst their peers. This practice is violent because it is mostly done without consent from the girl.

Persisting harmful customary practices that are not questioned or challenged become the norm – even to the victims sometimes, because of how womxn in these communities have been socialised.

It is critical to combat GBV violence not only at a local level, within families and communities but also systemically through policy, law and public discourse. We still have a long road to go. President Cyril Ramaphosa’s proposed “emergency action plan” for GBV lacked insight into the main causes of abuses of womxn and children in rural communities and failed to account for such instances in broad detail. The President did not attempt to speak and address the difficulties these womxn face. It is disheartening that we have once again been erased as rural womxn.

The situation is particularly dire due to the continued underinvestment in access to services in rural areas overall. Womxn in rural areas, whose voices are already being stifled due to prevailing norms, are not adequately supported by government agencies and are significantly affected by limited resources. For example, the Thuthuzela Care Centres (TCCs) are mainly based in more urban areas, and the lack of trained prosecutors, doctors, police and social workers to deal with complex cases of sexual and gender-based violence adds to the frustration of seeking help. TCC’s are also underfunded. All of this brings into question, how serious the government is about ending GBV?

Institutions responsible for protecting and helping victims in these communities also often react in violent ways because of the institutionalised and toxic normalisation of violence. These ways include offensive and invasive lines of questioning, such as police officers asking victims how their actions could have contributed to the violence as well as failing to intervene in instances of GBV within marriage. This serves to maintain a strong GBV culture in rural communities where victims are still blamed and forced to prove that they were in fact violated.

Until we speak about violence against women and children in a way that is informed by socio-cultural and political narratives, we will not adequately deal with the eradication of violence. Interventions must address the specific rural context and run parallel with women empowerment, adequate access to economic and reproductive health services and land.

In summation, while we are faced with an economic crisis, we cannot afford to let rural women fend for themselves. We need an equitable distribution of resources that takes into account the plight of rural women amid the national scourge of gender-based violence. Addressing rural GBV is one example where we are currently dismally failing. MC

Abongile Nkanisa is an intern at the Rural Health Advocacy Project (RHAP).