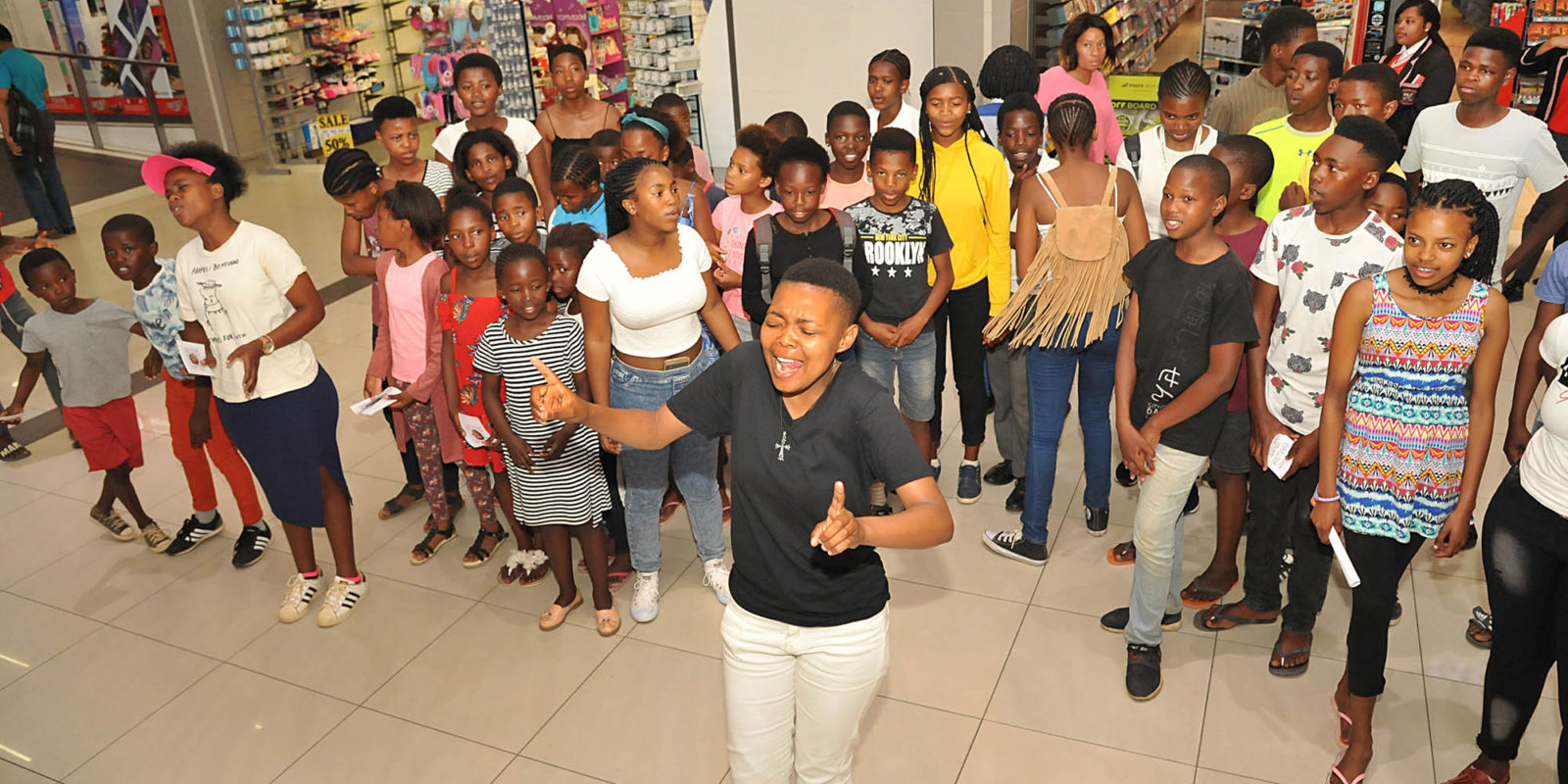 Young education activists who walked 260km from Port Elizabeth to Bhisho to demand a higher quality of education in no-fee schools in Nelson Mandela Bay were elated to discover that the Eastern Cape Department of Education sent officials on unannounced school visits to their schools.

Art teacher and education activist John Lombardo said they had initially thought very little would come of their efforts to bring a list of problems in no-fee schools to the Department of Education’s attention.

He said the children, all young teenagers, felt very dejected after being accused of making up stories about the chaos in their schools. They were also gearing up to gather evidence for the department by making a note of how many teachers arrived to teach each day.

Lombardo is the director of New York-based ArtWorks for Youth and teaches art to learners in Nelson Mandela Bay’s Joe Slovo Township.

“Last week, the kids had no timetables. Of the seven classes they had in a day, they had a teacher in one of those classes. I understand that all will probably not be smooth sailing at the start of the school year, but this does not seem right,” he said.

Lombardo, a group of teachers and 14 learners from the Joe Slovo township between Port Elizabeth and Uitenhage walked 260km from Port Elizabeth to Bhisho in December 2019 to protest the low-quality teaching that no-fee schools were offering. They named their walk Siya Kwisebe Lezemfundo: Walk for Education. The department said at the time that the problems should be addressed by the Nelson Mandela Bay education department district office. Lombardo confirmed that a few meetings were held in December.

He said the learners were pushed for specifics but were also warned that if they gave teacher-specific information, they could be sued for defamation. He added that the department blamed a lack of funding for the problems raised by the students. Lombardo said the issues raised by the children – including that teachers must come to class and teach, that they should respect learners and that they should stop corporal punishment – had very little to do with a lack of funding.

He said on Tuesday, 21 January, he was met by a group of excited children who told him that the Department of Education was paying unannounced visits to their schools. “There were also lengthy meetings with the administration and staff members,” he said. “They saw teachers running up and down looking for documents. Who knows what will change in the end, but this is clearly a result of our walk,” he added.

Education department spokesperson, Loyiso Pulumani confirmed that there were teams of education officials visiting schools. “We have teams on the ground,” he said.

Equal Education researcher Marc Jacobs said their core membership is made up of high school learners. He said that in their organisations, high school learners play a significant role in the fight for quality and equality in the South African education sector.

Civil society also has a major role to play in assisting learners in the fight for quality and equality in education. This can be done in various ways, including building relationships with school communities and other civil society organisations, and by supporting school leadership. Their support can be extended to campaigning and raising awareness about the many problems facing learners in schools, including holding government accountable.

Education activist Richard Draai said since communities had protested non-stop, closed down schools and refused to allow learners access to schools in Port Elizabeth’s Northern Areas in 2014 and 2015, the quality of schooling improved, and stability returned to the area’s schools.

“A lot has changed in the past five years,” he said. “This year, when schools opened, we had no major issues. Schools are still having parents arrive for late registration, but in general, we had a smooth start to the school year,” he said.

Draai said the rapidly developing informal settlements between Port Elizabeth and Uitenhage, need more schools. “I visited a primary school there, I think two years ago, and a building that was meant to house 750 learners had more than 2,000,” he said.

“You don’t hear of infrastructure like schools and clinics being created for that community. Our city fathers need to wake up. There are a lot of young moms and dads living there,” said Draai. MC

I am woman, hear me whisper

Teachers with comorbidities told to return to school