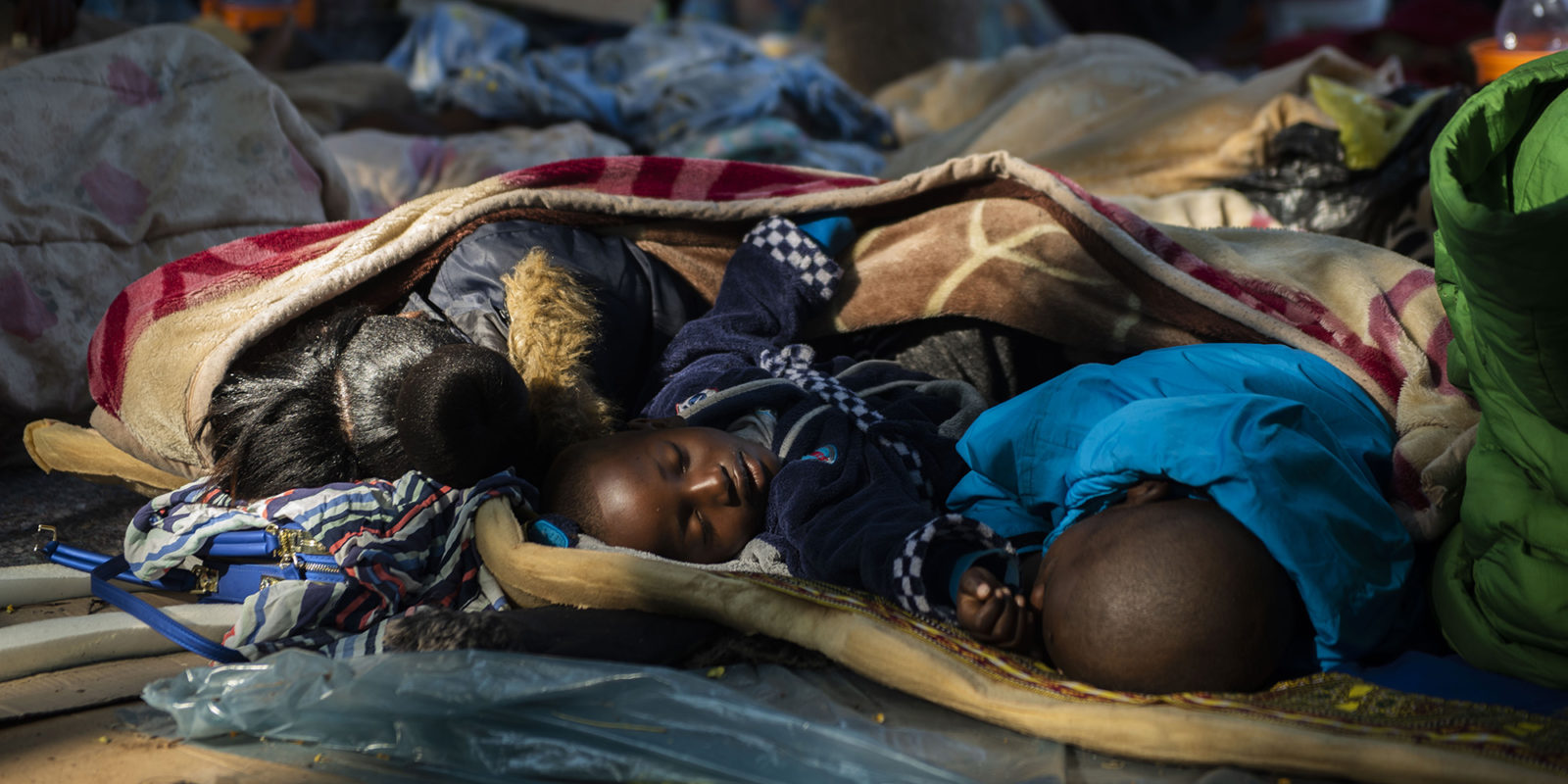 Migrants from several African countries camp outside the offices of the United Nations High Commissioner for Refugees in Pretoria. (Photo: Gallo / Alet Pretorius)

The xenophobia in South Africa is not unprecedented on the African continent. It has happened before in countries like Nigeria and Ghana. But when violence succeeds in forcing migrants to ‘go home’, politicians are quick to find other scapegoats for the problems that xenophobia tries to distract attention from.

In recent weeks, foreign nationals in South Africa have experienced relative peace from xenophobic attacks, but concerns still remain in people’s minds. These include questions such as, “will another outbreak of xenophobic violence occur?”; “when?”; “where?”; and most importantly, “where is South African society headed to, with ongoing attacks against non-nationals?”

One should probably also ask what danger there is that this hatred could shift gears from foreign nationals to ethnic hatred. Xenophobic attitudes and violence are not unique to South Africa. In fact, the continent has seen it all before. An example being the 1969 eviction of Nigerian immigrants from Ghana and, in 1983, the expulsion of Ghanaians from Nigeria popularly themed “Ghana Must Go”.

There is a striking resemblance in the underlying factors that led to the 1969 and 1983 expulsions, as well as the repeatedly occurring xenophobic attacks in South Africa. For instance, the 1969 Alien Quit Order issued by the Kofi Abrefa Busia-led government of Ghana was motivated by the country’s dwindling economic fortunes. In practical terms, Ghana’s economy was bleeding and the politicians at the time blamed foreign nationals in the country for the economic crisis and subsequent lack of jobs for locals. According to Wikipedia, this order led to the deportation of “over 3-million Nigerians and other African and non-African immigrants in three months”.

Similarly, in 1983, Nigeria was experiencing overpowering economic failure underpinned by corruption and mismanagement of oil revenues. Rather than fix the problems, Nigerian politicians exploited the presence of immigrants (mostly Ghanaians at the time), as the cause of the economic decline and increase in criminality within Nigeria. What became known as “Ghana must Go” affected more than two million migrants.

After the expulsion of Ghanaians from Nigeria, for example, political rhetoric degenerated to the level of scapegoating Nigerians on the grounds of their ethnicity, or tribe. It became a blame game of Igbos from south-east Nigeria taking jobs of the Yorubas from south-west Nigeria. This blame game was so pervasive that it became nearly impossible for Nigerians from other parts of the country to attend schools, get jobs, or hold public offices in states (or provinces), outside their areas of origin.

Drawing from these comparisons, we have seen South African public officials, notably Herman Mashaba, former mayor of Johannesburg, exploiting the presence of foreign nationals and projecting it as the cause of high crime rates or lack of jobs for locals. In addition, there has been a determination to scapegoat foreign nationals in an attempt to mask other causes of increasing crime rates and the economic failure to create jobs, including growing corruption, poor governance and mismanagement — the list goes on.

In the event that foreign nationals did leave South Africa, who would the politicians have to scapegoat? Would they blame a person from the Eastern Cape for stealing jobs from another in KwaZulu-Natal? Or would they blame someone from the Western Cape for causing a spike in the crime rate in Gauteng? One would expect that politicians of this once “Rainbow Nation” would portray better political leadership, but unfortunately, those expectations seem far-fetched. Hence, as long as the scapegoating continues, xenophobic violence in South Africa will be far from over. MC

How to turn South Africa’s cancer plans into concrete action

Jeannette Parkes and Lydia Cairncross for Spotlight • 60 mins ago

State must enlist community activists in the war against COVID-19