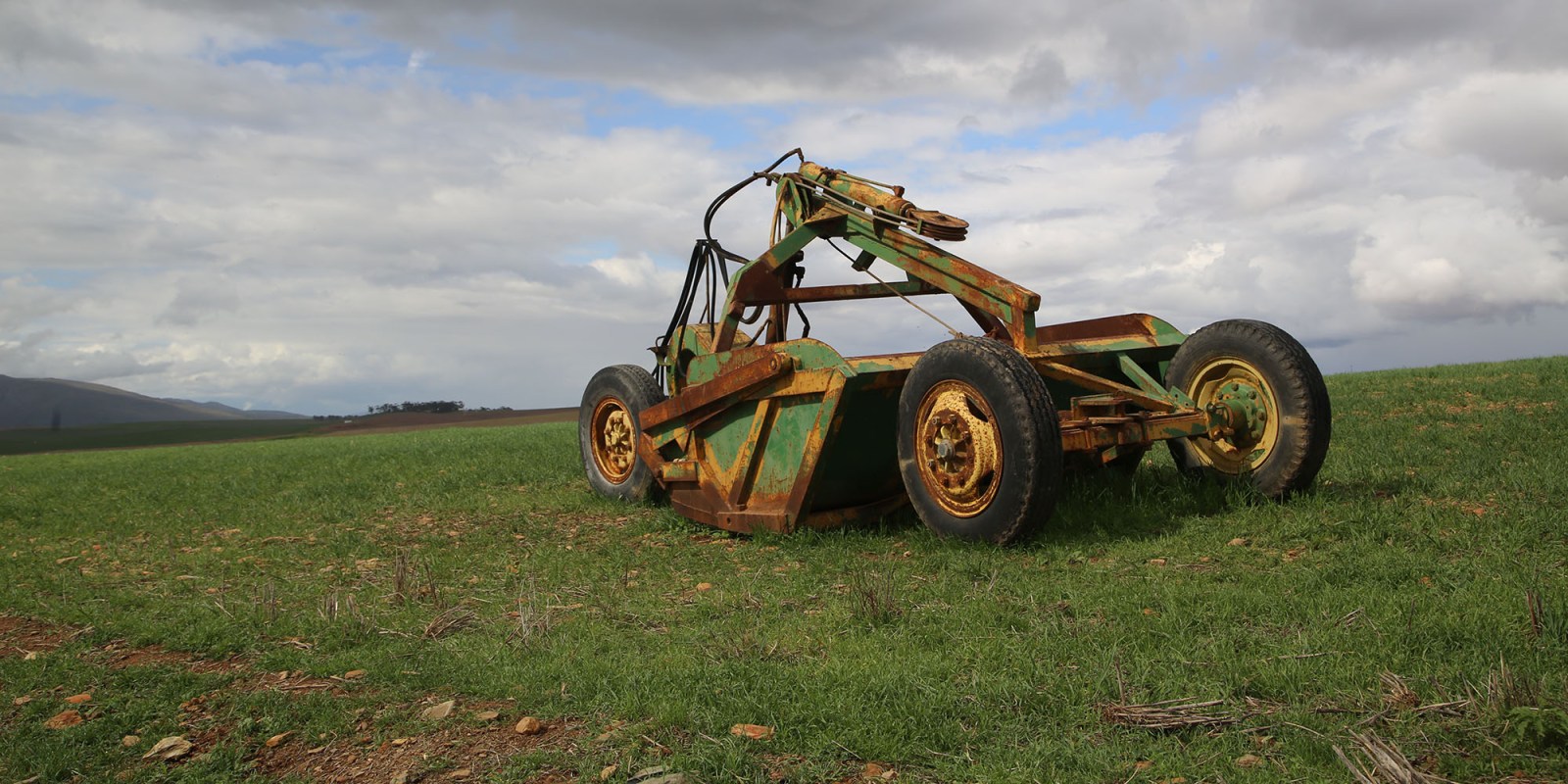 The assumptions in the preamble to the bill, that people want land and that this amendment will speed up the land reform, are untested and possibly invalid, says the writer. (Photo: Daily Maverick)

Have your say: The Draft Constitution Eighteenth Amendment Bill has been published by the Ad Hoc Committee to Initiate and Introduce Legislation Amending Section 25 of the Constitution to allow for land expropriation without compensation. The committee has called for comments on the bill by the end of January 2020.

Comments can be emailed to [email protected]

Since expropriation without compensation (EWC), regained prominence in government rhetoric, there has been much public concern over the potential implications of nil compensation. There are many calls for concerned citizens to submit their comments to oppose the bill and save South Africa from a Zimbabwe-esque future. Esteemed economist and entrepreneur, Dr Lawrence McCrystal, has already submitted his eight reasons for opposing the amendment. But I propose that we shouldn’t be too hasty to oppose this bill, because it might actually open the door to the very thing we need.

First, let’s look at what the bill entails:

1. The aim of the bill is to allow for land and any improvements thereon to be expropriated for purposes of land reform with nil compensation payable. Some responses to the bill have cautioned that it will allow the government to seize your car, bank account and any other property, but the wording of the amendment clearly indicates that EWC is restricted to land, and improvements thereon (such as buildings). It is also restricted to expropriation for land reform purposes only and will not allow the government to seize your property willy-nilly.

2. The preamble highlights the rationale for the amendment in four “whereas” statements:

a. To accelerate land reform to address the injustices of the past, especially considering that “hunger for land among the dispossessed is palpable and the dispossessed are of the view that very little is being done to redress the skewed land ownership pattern” – I will return to this statement later;

b. To make explicit what is already implicit, ie: that nil compensation is a legitimate option for land reform;

c. To address historic wrongs – this is equivalent to addressing the injustices of the past, the first “whereas” statement, and adds nothing to the bill; and

d. To ensure equitable access to land and empower the majority of South Africans to be productive agricultural citizens.

3. The actual amendments are in two parts:

a. An addition to Section 25(2)(b) to allow a court to determine nil compensation for the expropriation of land and any improvements thereon for the purposes of land reform; and

b. The addition of subsection 3A as follows: “National legislation must … set out specific circumstances where a court may determine that the amount of compensation is nil.”

Second, let’s look at some of McCrystal’s objections. His first is that amending the Constitution is unnecessary as existing legislation is already adequate. I agreed with this statement in my June 2018 Daily Maverick article, wherein I referred to the call for EWC as premature. A year-and-a-half later, my position has not changed (by much). It is already implicit in the Constitution (Sections 25(2)-(4)) that nil compensation could be paid for property expropriated in the public interest if it is just and equitable for such to occur. To my knowledge, this has never been tested in court. But note that currently, property is not limited to land, and the purposes of expropriation are not limited to land reform. The amendment bill will impose these limitations on the Constitution. This could be a good thing for property security.

McCrystal goes on to show that people don’t want land – unemployment is a far more pressing concern, as reported by the Institute for Race Relations in 2017. Yet, Chris Williams-Wynn, surveyor-general of the Eastern Cape, notes that in the 2005 Land Summit meetings held throughout South Africa, there was an overwhelming indication that people want to own land. In an article also published in 2017, he reports the results of his own fieldwork investigating the question of what people want. His findings agree with the Land Summit findings: People want land rights. This accords with the first “whereas” in the preamble to the bill: The “palpable hunger” for land among the dispossessed. But, if this is the case, why do the majority of land restitution beneficiaries opt for financial compensation instead of land? It appears that the matter is not as clear-cut as the preamble makes out.

The preamble also suggests that EWC will serve to accelerate the land reform process, but it has already been pointed out by myself among others (including McCrystal and the High Level Panel Report on the Assessment of Key Legislation and the Acceleration of Fundamental Change), that the Constitution is not the main impediment to land reform. It is ineptitude, mismanagement, maladministration, greed and corruption that are at the heart of the slow pace and, in some cases, failure of land reform. This ties in with another of McCrystal’s objections: Amending the Constitution to allow for EWC may create another avenue for exploitation by immoral politicians.

Thus, while the intent of the bill might be good – who can argue that there is still a need to address spatial inequality and the lingering injustices of the past? – the immorality that permeates South African society and is exemplified in many of our leaders could see these good intentions ending up as paving on the road to their own infamy.

In conclusion, I am in two minds about this bill. Firstly, I see it as a good thing because it imposes limitations on the existing expropriation clause in the Constitution. Currently, any of your property (not just land), may be expropriated in the public interest (not limited to land reform), and you may be compensated in a manner that is just and equitable. This doesn’t mean that compensation must be at market value, or even that you have to like the compensation amount. It means that a court will have to decide what “just and equitable” means for your particular case and there is nothing in the Constitution at the moment to stop the court from saying that you get nothing. The bill makes it explicit that EWC may only apply to land and buildings expropriated for the purposes of land reform. Your car and other property would hence be safe.

My main objection to the bill is the assumptions in the preamble that people want land and that this amendment will speed up the land reform process. Both of those assumptions are untested and possibly invalid.

Hence, I’m not convinced that I can support the bill in its current form. There are just too many key questions that remain unanswered. But I will support it eventually, once my concerns about the rationale and the “specific circumstances”, have been laid to rest. And I think you should too. DM

Dr Simon Hull is a senior lecturer and current programme convenor at the University of Cape Town’s School of Architecture, Planning and Geomatics; Division of Geomatics. He has recently completed his PhD, A Framework for Guiding Cadastral Systems Development in Customary Land Rights Contexts. He is also a professional land surveyor. His research interest is in land tenure and land administration systems reform, especially related to customary land tenure systems. The opinions expressed in this article are the author’s and do not represent the opinions of UCT or the School of Architecture, Planning, and Geomatics.