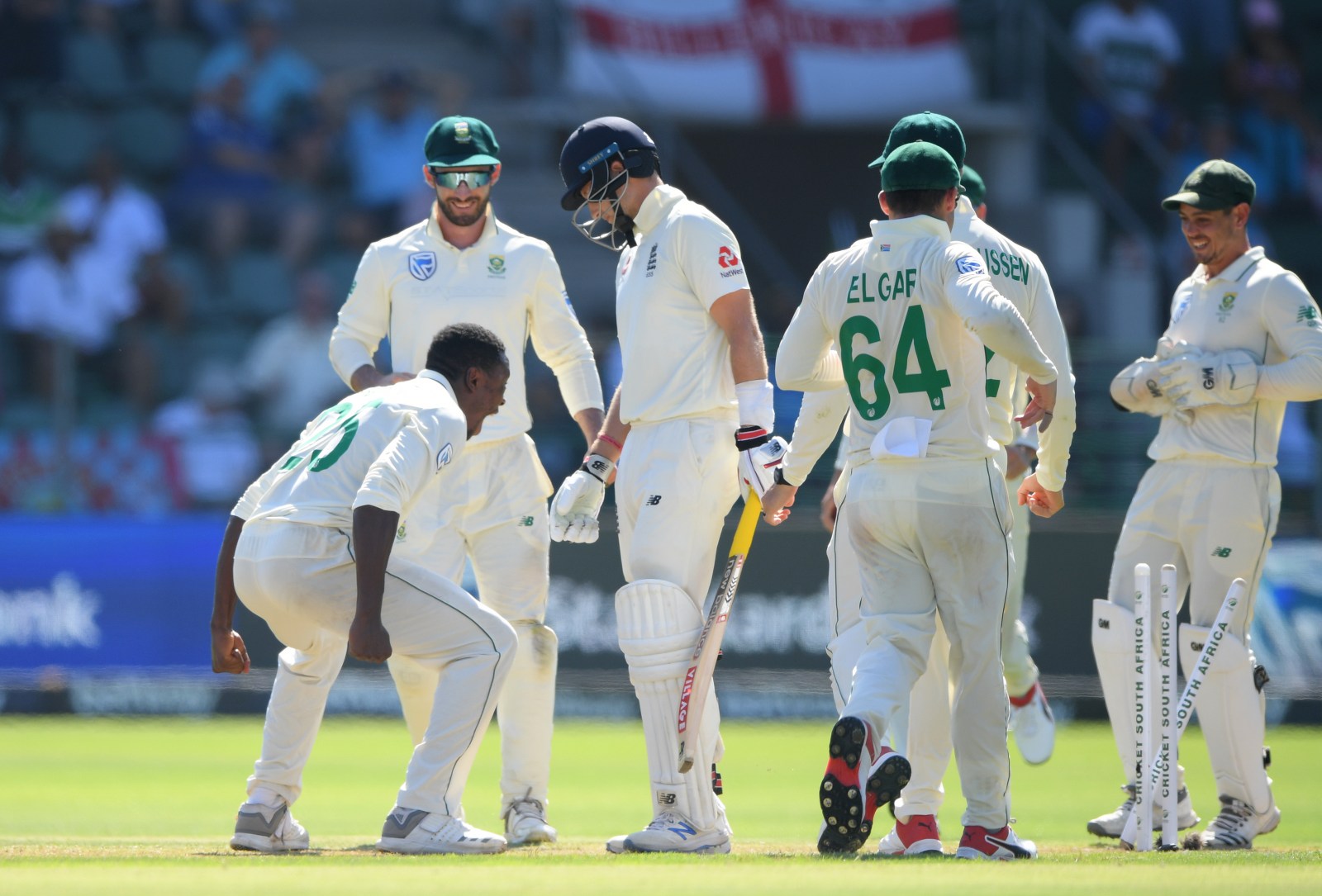 The Proteas toiled on dead pitch after captain Faf du Plessis lost his sixth toss in a row and England unsurprisingly chose to bat at St George’s Park on Thursday, 16 January 2020.

There is more life in a morgue than the St George’s Park pitch which greeted South Africa and England on the first day of the third Test on Thursday.

South Africa skipper Faf du Plessis is having a rough time with the bat, as 79 runs in his last seven Test innings suggests, but that’s nothing compared to his dismal recent record at the toss.

He lost all three tosses against India in India and has lost all three of this series so far. On a sporty pitch losing the toss is less serious than on the type on offer in Port Elizabeth, but such is Du Plessis’ luck at the moment.

England captain Joe Root could hardly suppress a smile when the coin favoured him again and he didn’t hesitate to bat on another scorching day in the friendly city, which is in the middle of a five-year drought and an unprecedented heatwave. It’s not a surprise the pitch was flatter than the serene Indian Ocean lapping the city’s shores and slower than solutions to the Eskom crisis.

There was no lateral movement to trouble openers Dom Sibley – the Newlands centurion – and Zak Crawley, as they moved sedately to 61 without loss at lunch. The ball only beat the bat twice in the opening two hours. If the South African bowlers, and debutant Dane Paterson in particular, didn’t know it then, they knew they were in for a long day by lunch.

With so little on offer the Proteas were superb after lunch. Slow left-arm Keshav Maharaj bowled with accuracy and control to dry up runs from the Duckpond end while Du Plessis rotated the seamers from the other side.

Maharaj bowled 30 consecutive overs from before lunch to shortly before the close when the second new ball was taken. He claimed the important wicket of Joe Denly, who was trapped lbw for 25 after a good review, but he might have had more.

Maharaj found turn and troubled all the batsmen at times. Ben Stokes, who finished the day unbeaten on 38 after a 76-run fifth wicket stand with Ollie Pope (39 not out) survived a strong lbw decision. He was given not out and upon review the decision on whether the ball was hitting his stumps was “umpires call”, much to South Africa’s dismay.

Maharaj’s lone wicket was the third to fall after the superb Kagiso Rabada removed Sibley, caught sharply at a close backward square leg by Dean Elgar for 36 just after lunch.

Fast bowler Anrich Nortje accounted for Crawley, brilliantly caught by Rassie van der Dussen in the same position. With Maharaj doing a fine job on one end, it was Rabada who caused most problems among the rest.

The big seamer bowled with pace and anger. Despite the stifling conditions he never stopped banging the ball in between 145 and 150km/h. He is clearly up for the fight and his missile-like delivery that took the top of Root’s off-stump when the captain was set on 27 was a magnificent reward for a day of toil.

Du Plessis will be hoping that after some rest Rabada will come in fresh on day two to break the stubborn Stokes/Pope resistance. DM