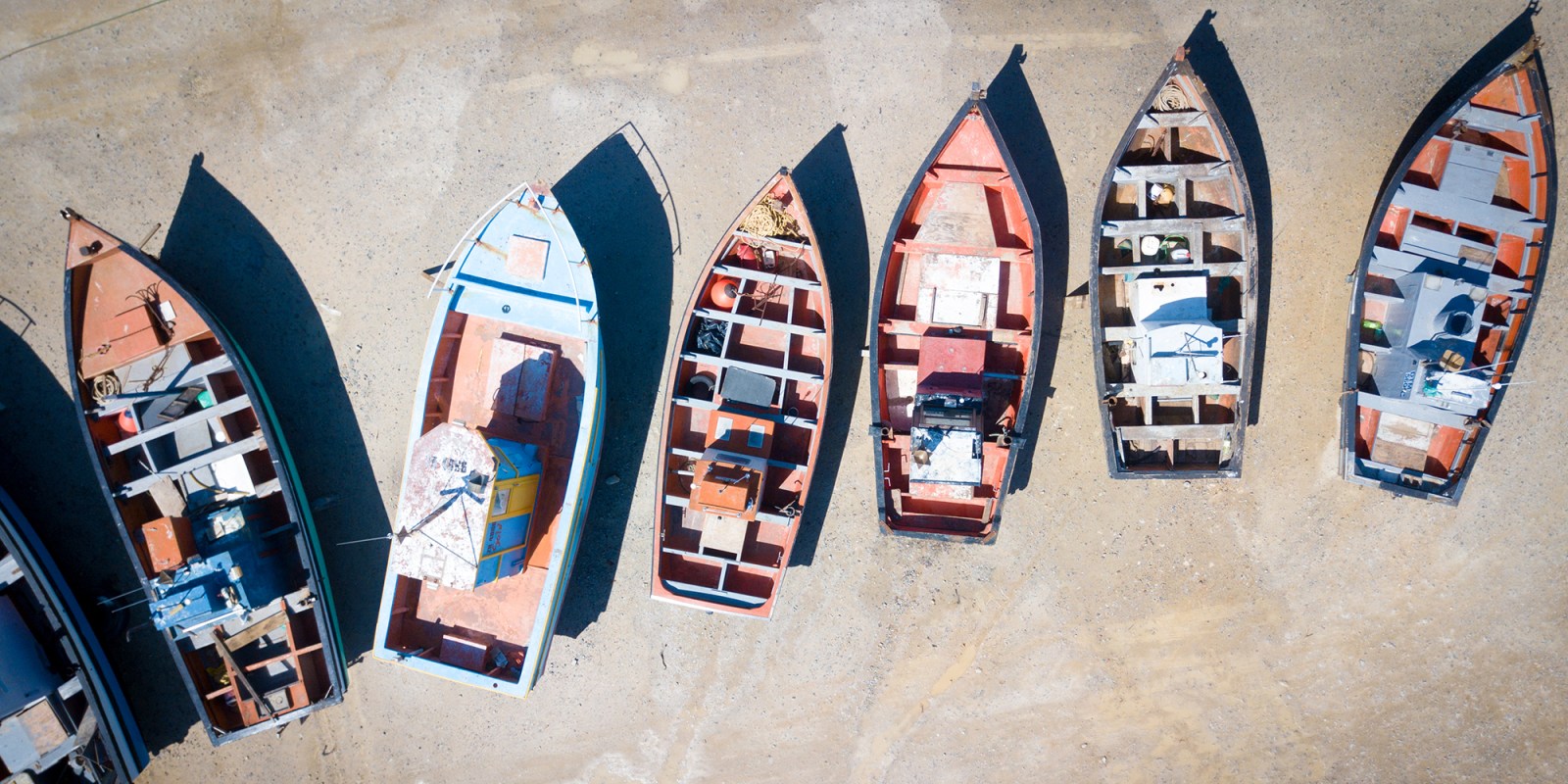 Innovative efforts are underway to help turn the tide for small-scale fishers in a way that benefits both these vulnerable communities and the natural resources they depend upon for survival. For this to happen, the supply chain has to be disrupted.

For more than two decades, many local small-scale fishers have been living off dry bread and empty promises that social justice and economic benefits will flow their way.

They have been treading water in the government’s fishing rights allocation process since 1994.

Although some traditional fishers did obtain fishing rights in, for instance, the nearshore commercial lobster and traditional line-fish sectors, most have not benefited so far — with the exception of those fortunate to qualify for annual interim relief permits.

This situation has left them marginalised, frustrated and hungry for change.

As a result, social and economic cohesion has been unravelling in many communities along our coastline.

In recent years, we have seen this translate into tales of economic desperation, social upheaval, crime spikes, rampant poaching and even public violence in places such as Hangberg in Hout Bay.

Small-scale fisheries are critically important to global food systems, according to the Food and Agricultural Organisation of the United Nations (FAO). Up to 60% of the global catch is estimated to originate from small-scale fisheries, yet the contribution of these fishers remains largely invisible and undervalued in many economies.

Locally, small-scale fishers also play a vital role in household food security and poverty alleviation. Most of these fishers, however, operate on the fringes of the value and supply chain.

“Small-scale fishers are affected by years of exclusion, the over-exploitation of nearshore resources by different sectors over the decades, climate change and the impacts of uncontrolled poaching,” says Dr Kevern Cochrane, a fisheries expert affiliated with Rhodes University. The climate crisis specifically, as the ultimate disruptor, is affecting fisheries and coastal communities in new and unpredictable ways, adding to the challenges they face.

South Africa has seen small-scale fishers marginalised both during and after apartheid. The vulnerability of these fishers has been exacerbated by fishery reforms that paid little attention to their plight. There has also been minimal support for developing local fishing co-operatives or other collective structures and cold chain infrastructure to support them.

As such, small-scale fishers remain marginalised in the value chain, with little to no control over the price of their catch, having to accept whatever they are offered.

“They operate in the volatile and vulnerable space of market forces that focus on high-value species,” Cochrane explains.

Studies show that small-scale fishers have limited visibility and recognition in the market. This is because the real margins are made higher up in the fisheries supply chain.

Without a major systemic change to fishing value chains, a re-conceptualisation of what sustainable development means in the local context and a new approach to small-scale fishing, efforts to rebuild this type of fishery could be dead in the water, argues Dr Serge Raemaekers from ABALOBI. Through a series of apps, this fisher-driven tech startup provides a traceability platform that links fishers directly to the marketplace, for their basket of species, while building community social enterprises along the way. 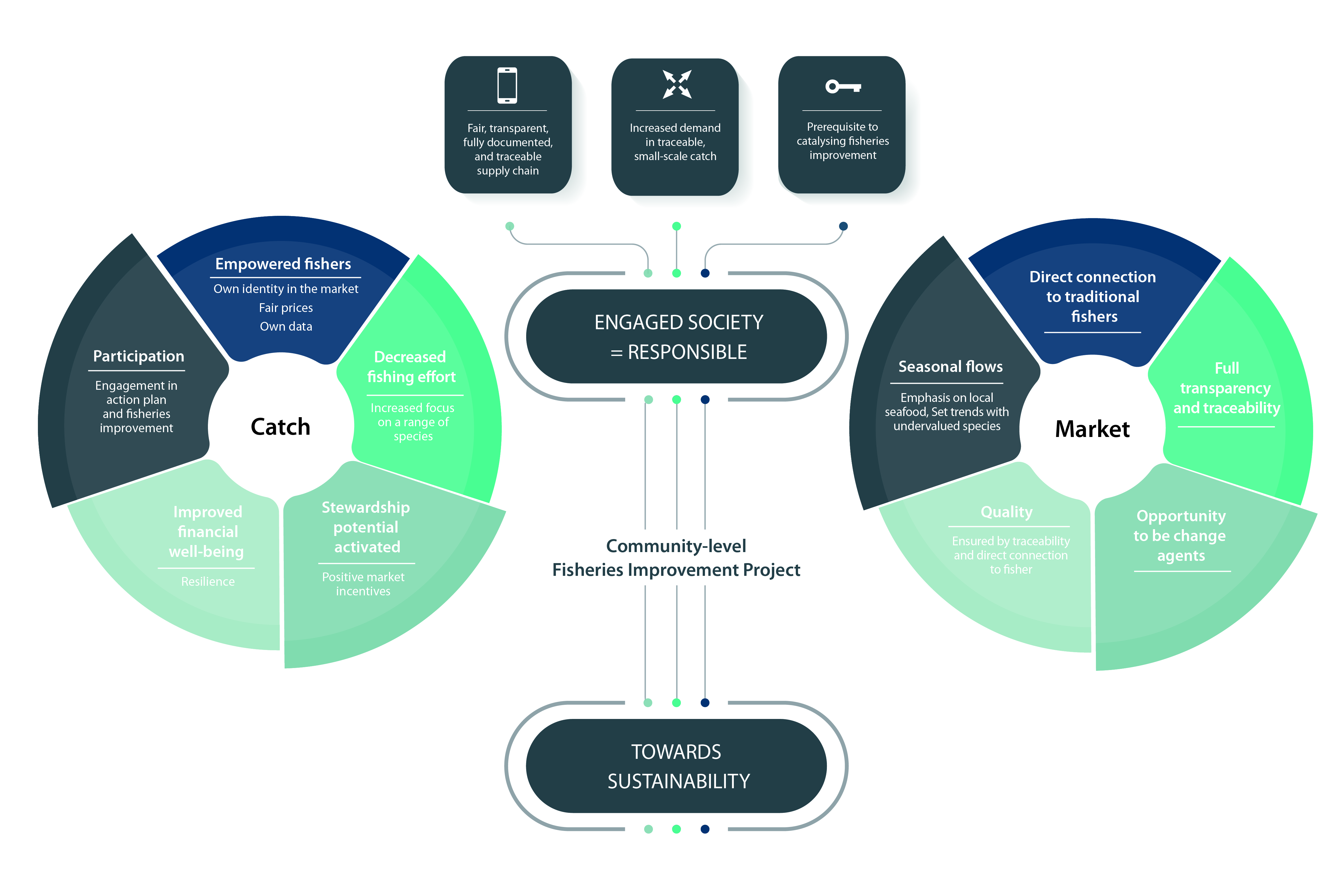 “This is stimulating an engaged society that is more in tune with the reality of small-scale fishers, and the position within which they are situated,” Raemaekers says. “Post-apartheid fisheries transformation, consumer seafood purchasing guides and other market approaches, while well-intentioned and achieving some benefits, have largely failed to create meaningful incentives for positive change in small-scale fishing communities and improvements in the status of resources that these communities traditionally and legally have access to.”

Over the past two decades, there has been little positive change in the status of species of ecological concern in local waters. Raemaekers points out: “Very few (fish) species have transitioned from being classified as ‘ecologically unsustainable’ to ‘ecologically sustainable’ as market forces have overpowered intentions of curbing consumer demand.

“We can’t transition these fisheries to sustainable status if we don’t assist small-scale fishers on their path towards recognition and sustainability. Despite best intentions, the mainstream approach to seafood supply chains and to conserving marine resources often continues to exclude small-scale fishers,” Raemaekers says. “Organisational efforts have yet to be accompanied by a matched strategy to secure livelihoods and alleviate the poverty trap.”

Marketing arrangements also tend to favour the interest of the buyer and often overpower efforts to quell consumer demand. This means that even conscious decisions by informed consumers could have unintended adverse consequences.

A disengaged public which neglects to grasp the realities of small-scale fishing communities and their struggles to achieve sustainability may, unknowingly, fuel unsustainable ocean practices — by providing incentives for overfishing due to market dynamics that remain unchallenged, and an unabated formal and informal market for specific species. Detachment from small-scale fishing communities and their realities mean society at large is unaware of these dynamics and is not enabling efforts to achieve economic upliftment and stability through seafood purchasing practices.

Driving positive change in this sector is complicated and requires a deep commitment from all stakeholders. Experts ascribe this to governance issues and decades of overfishing in the nearshore area by the commercial, recreational and informal small-scale sectors, and organised crime.

Although South Africa adopted a small-scale fisheries policy in 2012, efforts to implement it have been slow due to major stumbling blocks. These include limited fisheries resources that have to be split among various sectors and difficulties in securing financial and technical support from government and the private sector. Further to blame are the lack of incentives for change in value chains and pushback from the well-organised commercial sector.

Bringing this policy to life will mean a careful re-evaluation of fishing rights in the nearshore commercial sector, recognising those traditional fishers who did obtain such commercial rights, but also redistributing an adequate amount of resources to accommodate the newly recognised small-scale fisheries sector.

This puts the government in a tricky spot, particularly in the context of varied marine stock statuses, many of which are in need of rebuilding strategies supported by all stakeholders.

According to the policy, small-scale ﬁshing rights will be allocated to groups of recognised fishers — primary fishing co-operatives based in coastal fishing communities. At the dawn of the implementation of this policy, co-operative registration is underway by the fisheries authority.

Agreeing on a pathway to sustainable development

Key risks to implementation of the policy include: the potential failure of small-scale fishing co-operatives (due to a lack of capacity); a limited “basket” of species (fishing rights not providing viable livelihoods to new rights holders); a lack of cohesion in certain communities (social fragmentation and leadership issues); and limited government funding to roll out the policy.

The new small-scale fishing co-operatives need capacity support to ensure that they have the necessary internal control systems for effective self-management. The government also needs to implement a value chain strategy for the sector and provide supplementary livelihood opportunities.

These changes will have to be co-created in partnership with the non-profit and private sectors, and the fishers themselves.

In the local context, efforts to improve the sector will have to include more than a traditional ecological focus. According to Raemaekers, this could pave the way towards the establishment of a formal fisheries improvement project — a multi-stakeholder effort to rebuild fisheries — in other words, develop the sustainability of a fishery and its supply chains.

“In a country such as ours, we have to consider the ecological, social and governance components,” Raemaekers emphasises. “If we don’t, we could exacerbate things even further in the small-scale fisheries sector.

“We need to develop a new, shared understanding of sustainability. We also need to decide how to get there if we are to achieve any form of success and unlock change in this sector,” he concludes. MC

Read more about efforts to disrupt supply chains to support small-scale fishers and to establish the country’s first community-driven fisheries improvement programme in the second article in this series.

Jorisna Bonthuys is a journalist. This content has been paid for and was developed in conjunction with ABALOBI.