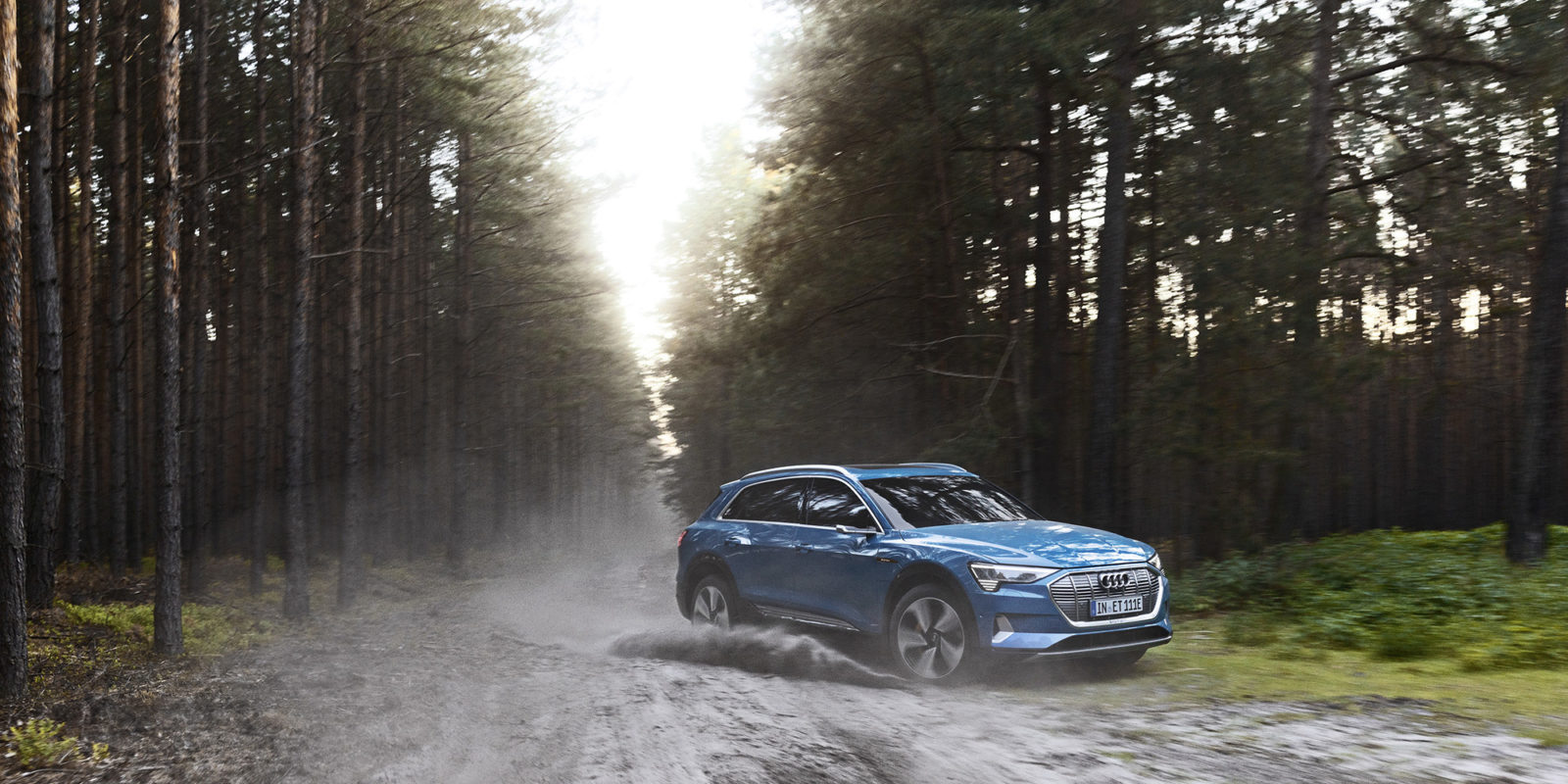 Despite a quivering economy, motoring in South Africa appears to be revving high with an estimated 110 new or face-lifted models to hit the showrooms in 2020. From electric cars to V8 monsters, from hybrid sedans to budget crossovers, here are 10 highly anticipated rides for 2020.

Audi South Africa is on an all-out offensive in 2020 with a whopping 16 new or face-lifted products planned.

But the Audi I’m most excited about is all-electric e-tron in the fourth quarter, to finally give the Jaguar I-PACE some serious competition. The e-tron was unveiled in 2018 at the San Francisco Motor Show – I’ve been chomping for a charge ever since. The 5-seater luxury SUV is powered by 2 electric motors – one on each axle – generating 300 kW and 560 Nm of torque. Aided by Audi’s Quattro all-wheel-drive system, it distributes torque between the axles, silently racing from 0-100kms in just 5.5 carbon-neutral seconds. The range is a respectable 400kms. The e-tron has fast charging capability via its AC and DC system, taking just 30 minutes to charge up to 80% at one of the 132 designated charging stations throughout SA. Home charging will come via a standard 9.6 kW AC capsule charger.

Although pricing is yet to be announced, the e-tron is rumoured to be priced around the R1.6-million mark. If the government lifted the ridiculously high EV taxes in the range of 40%, the e-tron would be a lot less expensive.

Touted to be the most significant vehicle that Porsche has launched – and there have been many – the all-electric Taycan is expected to land in the third or fourth quarter of 2020. There will be two derivatives on offer – the Turbo and Turbo S, powered by a 93.4 kW lithium-ion battery pack and electric motors. The power on hand is impressive, with 460 kW available but additional power can be accessed via launch control, facilitating 509 kWs for the Turbo and a whopping 560 kW for the Turbo S which streaks from 0-100kms in just 2.8 seconds leaving both the I-PACE and e-tron in rather silent dust.

The Turbo has a claimed 450km available range while the more powerful Turbo S has slightly less at 412km. It will take just 22 minutes to recharge either of the Taycan derivatives to 80% power if plugged into a 270 kW capacity fast-charging station. While the Taycan is undoubtedly my pick of the 2020 Porsche pack, 911 fans should be in for a treat with the launch of the GT3 and GTS and Turbo. Then there’s talk of the Porsche 718 Cayman GT4 and the Panamera facelift…

I was one of the legendary Defender’s many fans who mourned the end of production of the original icon back in 2016. But there’s good news in 2020 with the arrival of the all-new long-wheelbase Defender 110 in Q2, while the short wheelbase 90 is expected to land in Q3. The 110 will come in both diesel and petrol variants, with the 2.0 litre D240 offering 240 kW and 430 Nm of powerful off-road torque.

On paper, the 3.0 litre turbo petrol is the more powerful of the pair, with 294 kW and 550 Nm. Diehard old-school fans might be disturbed by hi-tech driver aids like Terrain Response 2 which helps drivers set the new Defender up to conquer whatever hectic terrain lies ahead at the touch of a button. For the tech-phobic there’s always Auto mode which allows the Landy to adapt without user input. While keeping in tune with the original looks, the Defender with its all-new chassis, which was tested by covering 1.2 million kms through the Rocky Mountains, Arctic circle and the Sahara desert, is going to be an absolute treat for serious off-roaders. Pricing has yet to be announced but the 110 will be on the R900k region.

VW’s most important product set for launch in 2020, the Golf 8, will be a Golf like no other due to the all-out drive towards electrification throughout Europe. The world’s most popular hatch has sold over 35 million units since it was launched 45 years ago and the new 8 will welcome in a whole new Golf era. The new 8 will be headlined by 5 hybrid models, including two plug-in hybrids. Then for the diesel and petrol heads there’s a 2.0l diesel turbo and the 221kW 4 cylinder GTi hatch. Although it’s not confirmed exactly which models will be available in SA, when the Golf 8 launches in Q4 all models will use a DSG gearbox.

Thankfully the Golf’s iconic shape has been retained but the new 8 oozes even sleeker and sportier appeal, There’s also been a huge tech update – with buttons and knobs a thing of the past, it’s all touchscreen, baby. With more software than ever before, the dashboard is a techie’s delight which will showcase the advanced interface, dubbed Innovision.

For Toyota in SA, 2019 was a record-breaking year, and the future looks even brighter with the recent announcement by the Japanese manufacturer of a R2.43-billion investment into the production of a new passenger car at its Prospecton plant in Durban, set for 2021. The plant currently produces the Fortuner, Hilux bakkies as well as the Corolla which it’s done for the last 44 years, although in future local production of both the Corolla and Quest is to be halted.

Which gets me to launch of the new Corolla Sedan in Q2. The now imported Corolla is a looker with its sharper lines and sportier stance. Toyota claims ride comfort has been enhanced with a multi-link rear suspension that replaces the previous torsion beam setup. In terms of engines there will be a couple of petrol and hybrid choices with options of manual, automatic or CVTs. The world’s bestselling car will undoubtedly sell more.

With a mighty 4.4-litre twin-turbocharged V8 engine, the GC will be available in 2 variants – the straight M8 and M8 Competition. In standard guise the M8 thunders 441 kW of power and 750 Nm of torque while the competition has additional 19 kWs along with its carbon roof, rear spoiler and quad exhaust outlets. Underpinned by an 8-speed M Steptronic transmission, the standard version will rocket 0-100kms in just 3.3 seconds while the competition gets there in 3.2! The optional M Driver’s Package will allow a top speed of 305kph. And if you are into sound, the M8’s new sports exhaust system is fitted with electronically controlled flaps to amplify the V8 engine’s roars and growls. These two speed demons are expected to launch in the next few months. Watch this space.

Revealed back in 2017 at the Geneva Motor Show, this sleek, premium beaut is a marriage between a 3.5-litre V6 petrol engine and two electric motors, combining to offer 264 kW. Underpinned by a 10-speed auto gearbox, the LS500h is far from a slacker, reaching 0-100kms in just 5.4 seconds. First revealed in 1990, the Lexus LS400 put the Japanese brand on the map as a real competitor in the German-dominated luxury premium segment. Thirty years later the LS500h is expected to arrive in SA by April 2020. There are also rumours that we may be graced by one of the most beautiful sports cars ever – the LC500 in convertible guise. I got to drive the 5.0 litre V8 beaut back in 2017 and am itching to unleash the soft top, whose chassis has been stiffened and suspension reworked, to make the LC500 an even better drive.

There’s been a huge hype around the Korean manufacturer’s globally celebrated speech machine – it’s sure to elicit the same response when it hits local showrooms in the next few weeks. Two limited-edition versions will be available in SA, both powered by a 2.0-litre turbocharged petrol engine. The top of range speedster offers 202 kW and 350 Nm while the more “standard” version has slightly less power with 184 kW but the same torque. Underpinned by a 6-speed manual gearbox, the i30N will appeal to drivers whose hearts beat petrol, whizzing from 0-100 kph in 6.1 and 6.4 seconds respectively. The hot hatch local segment is about to get a lot hotter.

The highly anticipated Merc GLB – a rougher, more off-road styled version of the B-Class – will arrive in the second quarter. With the huge global sales in the SUV/ crossover market, Mercedes has made it clear that it intends to have an SUV option for each of its passenger vehicles.

The 5-seater GLB, which can be transformed into a 7-seater, thanks to an extended wheelbase, comes in 2-wheel and 4-wheel variations with both turbo-petrol and diesel engines available, underpinned by an all-new 8-speed dual-clutch auto transmission. The petrol GLB 250 offers 165 kW and 350 Nm of torque while the one which is probably the pick of the bunch when it comes to fuel economy (a claimed 5.5-litres/100km) will be the GLB 220d 4Matic with 140 kW and 400 Nm on tap; 2020 is clearly the year to celebrate the SUV.

Inspired by the runaway success of the budget segment Kwid hatchback, Renault SA has decided to launch the 7-seat Triber crossover in the first quarter which will compete against the likes of the Suzuki Ertiga, the Toyota Avanza and Honda BRV. Not my favourite types of vehicles but clearly popular locally in the transport and small business industry, practicality rules this segment.

The Triber comes with the third row of seats, making space for seven passengers, while when removed as a 5-seater, luggage space is an ample 625 litres. Where the Triber will shine compared to its rivals is in the looks department with its design inspired by the gorgeous Captur and Kadjar, replete with that clamshell bonnet and sexy daytime LEDs. Tech is well specced with an 8.0-inch touchscreen infotainment system, which offers both Apple CarPlay and Android Auto. DM