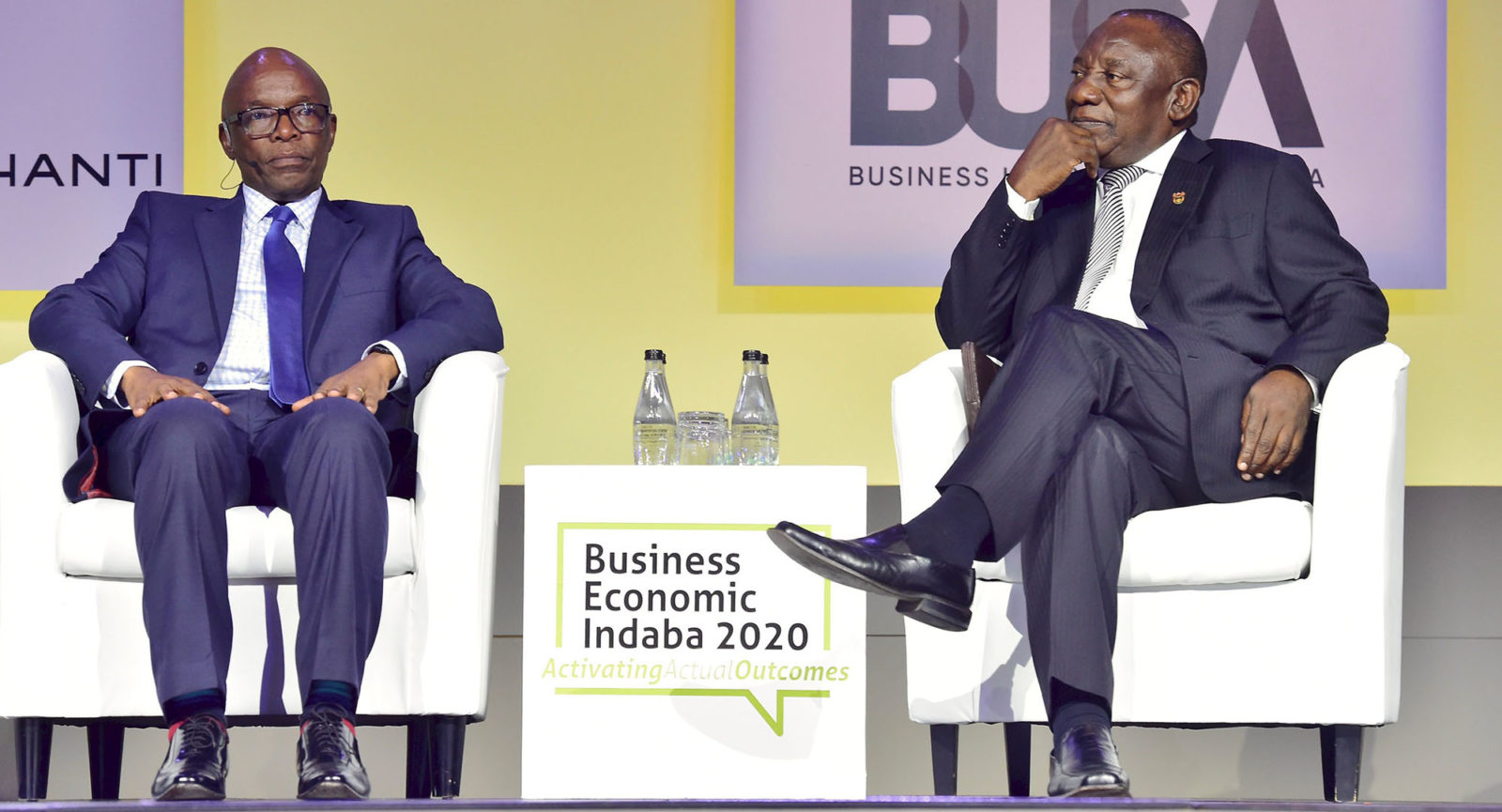 Business Unity SA president Sipho Pityana said the failures to turn around Eskom have resulted in the country facing an ‘unprecedented crisis’. He also complained about the many task teams that are instituted by the government, with their recommendations being ignored and not implemented.

The management of Eskom over the past two years by President Cyril Ramaphosa’s government has come under intense criticism by SA’s biggest business organisation, Business Unity SA (Busa), which said many of the power utility’s long-promised turnaround measures are yet to be implemented.

Busa president Sipho Pityana said the failures to turnaround Eskom has resulted in the country facing an “unprecedented crisis”, with on-going electricity supply problems throwing SA into the longest economic downswing since 1945.

Pityana said the government has been reluctant to take the hard decisions that are required to reform the operating model and financial position of Eskom, which has been described as the biggest threat to SA’s economy as the power utility supplies more than 90% of the country’s electricity.

Eskom is in a dire financial position with insufficient revenue from electricity sales to service its R460-billion debt load and tariffs that do not allow it to recover all costs.

Eskom was thrown into a deep leadership crisis last week, when the then board chairperson, Jabu Mabuza, unexpectedly resigned and became the fall guy for the power utility’s failure to meet the commitment made to Ramaphosa that there would be no power cuts before 13 January 2020.

Pityana said the business community has taken “no comfort from the resignation” of Mabuza from Eskom. Mabuza’s resignation has reverberated across political circles including ANC factions, with heightened calls for Public Enterprises Minister Pravin Gordhan and the rest of the Eskom board to resign.

“We are deeply concerned by suggestions that leadership appointment considerations at this critical time might be caught up in ANC factional battles that have nothing to do with national interests. We must also guard against using a critical matter like the Eskom crisis as a political football, as evidenced by the attack on minister Gordhan and the new-found passion in some quarters for moving Eskom out of the public enterprises portfolio,” said Pityana at the second Busa Business Economic Indaba, a forum between government and business to discuss economic issues.

ANC Women’s League president Bathabile Dlamini has been a driving force in calling for the government to move Eskom away from the department of public enterprises to the department of energy, which is headed by Gwede Mantashe.

At the heart of big businesses’ concern about Eskom are the many workstreams, task teams and policy proposals made by the government to turn the fortunes of the power utility around.

“We surely have enough technical committees, task teams, presidential commissions – including the planning commission whose recommendations gather dust in the presidency – summits, conferences and lekgotlas [meetings], etc. Too many processes and little or no action,” said Pityana.

He said business needs to be informed about what happened to the restructuring recommendations made by both the Eskom board and the presidential technical task team. Ramaphosa set up a task team in December 2018 comprising, among others, of University of Cape Town professor Anton Eberhard and economist Grove Steyn, to advise the government on how to save Eskom.

Among the recommendations that the task team has made include the unbundling of Eskom into three independent units (generation, transmission and distribution), and the decommissioning of environmentally unfriendly coal power stations in return for funding for Eskom from “pro-green” international development finance institutions. Under the latter recommendation, Eskom would receive funding at slightly below commercial rates on condition it accelerates the closure of polluting coal plants to make way for renewable energy.

Although the government made progress on splitting Eskom into three independent units, with Gordhan saying the establishment of a separate legal transmission company is expected by 2021, there hasn’t been much movement on the plan to decommission Eskom’s coal station in return for green funding.

There also hasn’t been progress in the new Eskom restructuring office, which was instituted by Gordhan in July 2019 to make a recommendation on how to restructure Eskom’s debt. Former treasury accountant-general Freeman Nomvalo was appointed to lead the office.

Eskom, which is a drain on public finances because of ongoing bailouts, is threatening to push SA’s debt-to-GDP ratio to 80.9% by 2027/2028, and has said it needs to be relieved of R250-billion in debt to be sustainable.

Ramaphosa, who attended the Busa Business Economic Indaba, peddled old platitudes, saying the government is “paying continuous attention”, to the Eskom crisis. “We have a CEO (André de Ruyter) who is paying attention to the issues. Eskom, which is a major issue for you (the business community), will be addressed.”

He also said South Africa will embrace efforts by businesses to generate their own electricity as frustration grows over Eskom’s inability to keep the lights on. However, he gave no indication of when this would be done and what steps will be taken by the government to substantially open up energy resource generation by business and households. BM