Markets 2020: Secular stagnation or ripe for the picking? 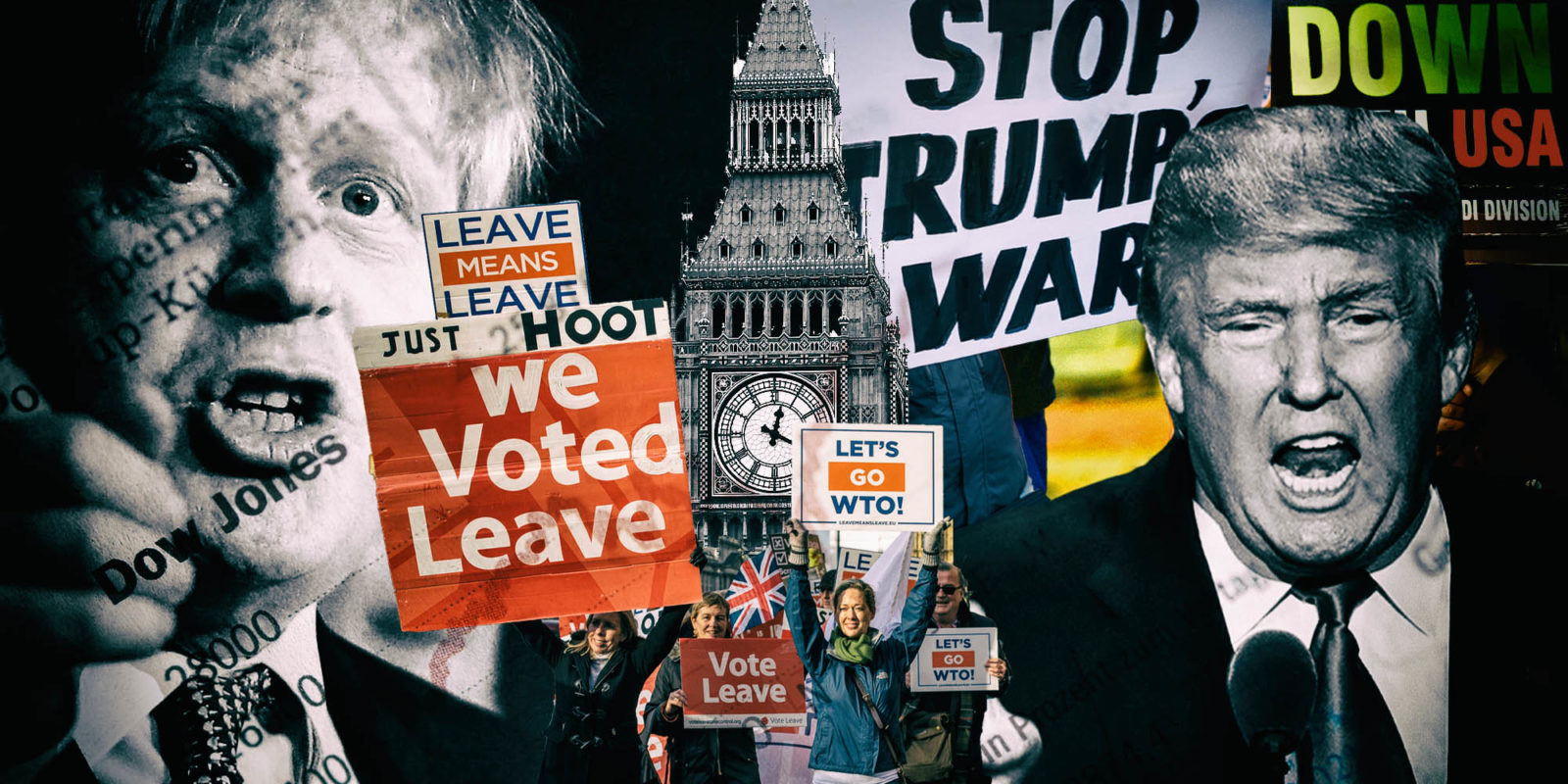 Prepare to hunker down for an unpredictable ride because it is going to be a largely politically driven year, with Brexit and US elections the known unknowns, accompanied by the potential of many unknown unknowns that could set investors on another trajectory. (Illustrative image sources: Getty Images / Alex Wong | Getty Images /Jack Taylor | Getty Images / Christopher Furlong | EPA-EFE / T Mughal | (Unsplash / Markus Spiske)

The year started out looking peachy for emerging markets until the US took down Iran’s most powerful general. But underlying the risk-on, risk-off gyrations of the financial markets is a more worrying state of affairs. The five-year-plus underperformance of emerging economies relative to developed economies is undermining their long-held investment proposition.

While 2020 started off on a very positive note, geopolitical tensions were a keen reminder that the year is unlikely to be smooth sailing for any country, let alone emerging markets.

The outlook for emerging markets was considered relatively upbeat until the US decided to poke the bear by assassinating Iran’s most powerful general in Baghdad. The surprise attack temporarily halted the bullish upward march in stock markets, which had been building on 2019’s spectacular returns. Fortunately, the US and Iran quickly de-escalated tensions and averted pessimistic prognoses of an imminent World War III.

But the aggressive US military stance and the footage of Iranian missiles taking out an Iraqi airbase hosting US troops did prompt investors to revisit their sanguine views of the world economic outlook. These events highlighted the vulnerability of the world economy to geopolitical developments.

Prepare to hunker down for an unpredictable ride because it is going to be a largely politically driven year, with Brexit and US elections the known unknowns, accompanied by the potential of many unknown unknowns that could set investors on another trajectory. Emerging markets would be particularly hard hit by souring sentiment and a more protracted backslide in economic fortunes.

The positive prognosis that emerging markets started out the year with was predominantly built on the premise of a compelling carry trade, which would allow investors to take advantage of the sizeable yield differential between emerging markets and historically low developed market sovereign bond yields. With the European Central Bank and US Federal Reserve unlikely to do much on the interest rate front in 2020, barring exceptional circumstances, government bond yields are destined to remain low.

Recent research by the Institute of International Finance (IIF), however, takes a gloomier structural view of emerging markets and delves into how they have fared (poorly) since the crisis. In fact, it has labelled emerging markets, excluding China and India, as suffering from secular stagnation. It regards China and India as special cases due to the size of the economies and large populations.

The assessment is based on the economic growth rates of the rest of the emerging market universe having “failed to meaningfully outperform” developed market growth rates since 2013. There is little sign of that changing. Most concerning is that the slowing has been in parallel with large declines in gross fixed capital formation, with consumption holding up better, as it has in the rest of the world.

The worrying significance of this economic reality is that this is contrary to conventional investment wisdom that the promise of higher growth rates from emerging markets will compensate for their higher risk. The IIF warns:

“This “secular stagnation” phenomenon has important implications for markets because the underlying value proposition of emerging markets is predicated on higher growth, which in turn should translate into higher returns on foreign investment.”

Not all emerging markets are equal, however, with universally low growth rates a result of very different circumstances. The IIF divides the emerging market universe into two economic states of play. The first includes Turkey and Argentina. These countries have attempted to buck secular stagnation by stimulating their way out of their low growth paths. The approach hasn’t been successful. As the IIF says:

“Unfortunately, this approach has failed to avert the trend of slowing in growth and merely resulted in a series of boom-bust cycles.”

South Africa finds itself in the second group, alongside Mexico. The similarity of the two countries is that both of their central banks have resisted the urge to boost the economy by adopting monetary policy stimulation measures. However, they have ended up pretty much in the same place as the other underperforming emerging markets because “the end-result has been growth that has slowed to near zero”.

“Notable exceptions are Mexico and South Africa, where the annual interest differential is still around 5%, despite growth near zero.”

That may sound like a positive story for South Africa, but the IIF warns this puts the rand at risk. The organisation questions how long the current risk premium can be sustained. It notes:

“From a markets perspective, there is a possibility of further downside to Mexican Peso and South African Rand, which is currently being offset by high interest rates.”

So far in 2020, the rand-dollar exchange rate has settled at about R14.30 to the dollar and has been relatively unaffected by the rise and fall of geopolitical tensions. The level at which the rand is trading is also a far cry from the almost R15.50 level it reached in September 2019.

This week we will see whether SA Reserve Bank Governor Lesetja Kganyago errs on the side of caution or whether he responds to the stagnant state of the economy by reducing interest rates. It’s worth bearing in mind that the Budget, which is unlikely to be a cause for celebration, will be released in February. Whether a wide risk premium on our sovereign debt is needed to provide a much-needed buffer to any negative news or disappointment will be an important consideration. BM