EFF NPA: Julius Malema looks to leftists and ground forces ahead of 2021 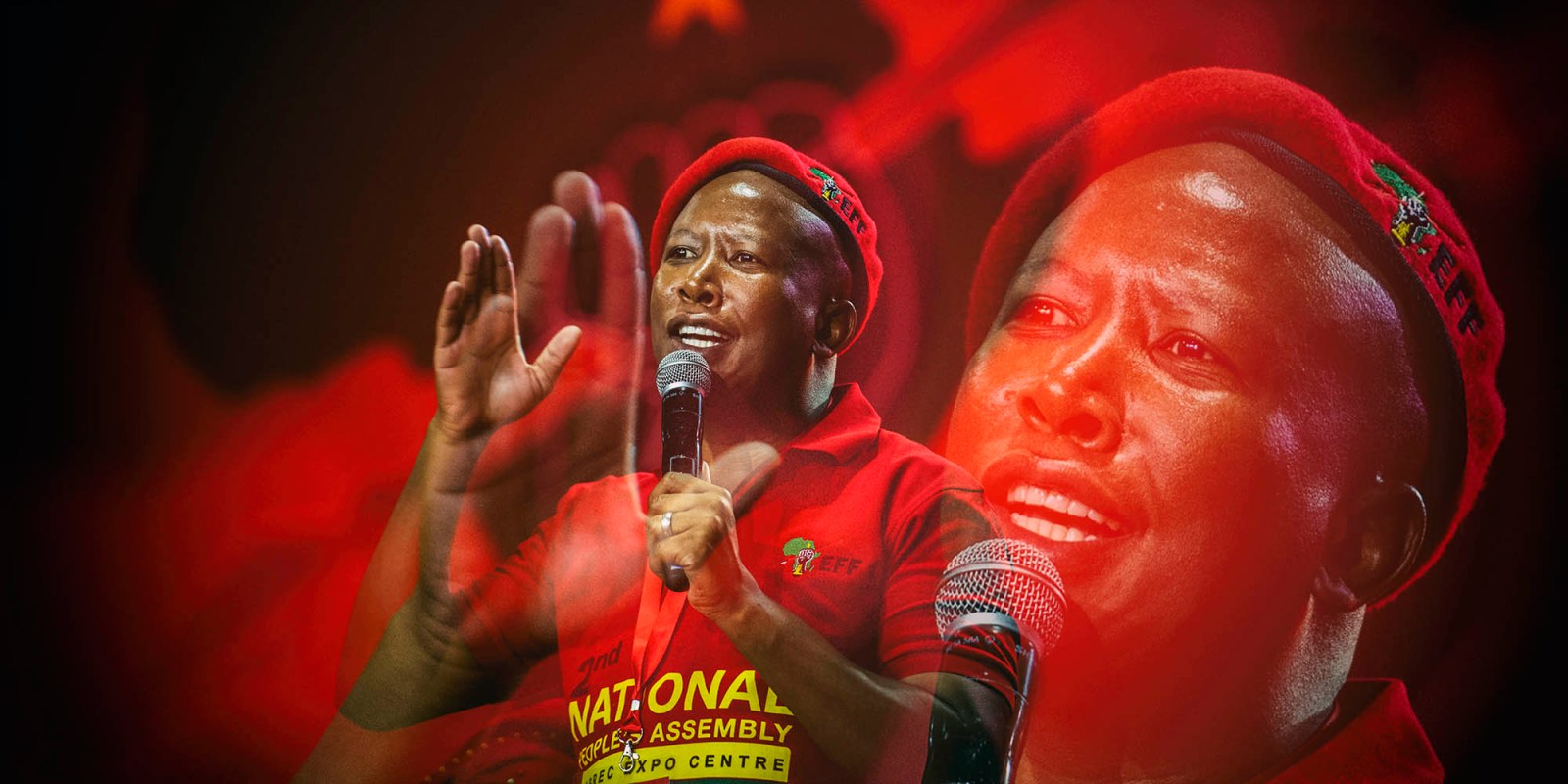 EFF leader Julius Malema talks to delegates during a plenary session at Nasrec in Johannesburg. The original photo has been altered. (Photo: Gallo Images/Alet Pretorius)

As the EFF’s national people’s assembly ended on Monday, delegates proposed scrapping the department of social development, establishing an elite private school for the poor as well as a single African currency, and increasing local government procurement. Looking ahead to the 2021 elections, Julius Malema wants to create more activists in his image and greater co-operation between leftist organisations.

EFF President Julius Malema continued to emphasise two key points during the party’s second national people’s assembly (NPA) held in Johannesburg over the weekend: the party needs more selfless and dedicated leaders on the ground and it needs to partner with unions and other leftist organisations to challenge President Cyril Ramaphosa’s policies on state-owned entities (SOEs).

Malema and Deputy President Floyd Shivambu continued to tighten their grip on the party at its four-day conference, which was held at Nasrec and ended on Monday. Reports suggested the conference went smoothly except for an incident that saw multiple women having to go to hospital after being pepper-sprayed by the party’s security.

Now the party must turn its sights to the 2021 local government elections. While urging delegates to get on the ground in their communities immediately, Malema said the party would begin its campaign after its Central Command Team meets early in the new year to finalise the resolutions from its conference.

The EFF is looking ahead to 2020 to organise mass marches against President Cyril Ramaphosa and his plans for SOEs and hopes to draw in leftist unions that aren’t affiliated to Cosatu to back the party’s message.

“If you want to sell our assets to the Ruperts and the Oppenheimers we will defend our assets with everything, including our bodies. We will occupy the picket lines in defence of our properties,” said Malema in his closing address on Monday.

“We want to say to Numsa, to Saftu, to Amcu, to all progressive left forces, let us unite in defence of the property that belongs to our people, let us confront the enemy agents.”

On Sunday, the EFF president said 2020 would be a year of action and they would occupy Eskom’s offices in January. The party is also planning to take on the big banks and the financial sector. Malema’s latest attempt to court the unions comes as he placed socialism at the centre of the party’s values.

“Can you imagine a march of the EFF, Numsa, Amcu, Saftu? We can shake this country,” he said.

Co-ordinated action between the National Union of Metalworkers SA (Numsa), its federation, the SA Federation of Trade Unions (Saftu), and the Association of Mineworkers and Construction Union (Amcu) would help the EFF cement its position as a legitimate party of the left ahead of the 2021 local government elections.

The EFF has long been seen as trying to court support from Numsa, Saftu, and Amcu, but each organisation has resisted endorsing a political party outright. Saftu committed to remaining politically independent, while continuing to comment on politics. Numsa, meanwhile, launched a political party that contested the 2019 general elections with little success.

Malema touched on his own personal growth in politics multiple times during the weekend and admonished EFF members who did not work hard enough or were in the party to win positions and benefit personally.

“This is a collective war, it’s a war we must be prepared to fight until the grave,” he shouted while criticising members who focused on individual gain.

The party’s top six leaders were elected unopposed on Saturday evening, with only Malema and Shivambu retaining their positions while Dali Mpofu, Godrich Gardee, Hlengiwe Mkhaliphi and Lee-Ann Mathys were all replaced. Mkhaliphi is the only member of the four ousted leaders who will serve on the party’s 40-member Central Command Team.

Malema hit out at the party leaders of some provinces, particularly in North West and Limpopo, which are EFF strongholds but, according to the party leader, had failed to sufficiently grow at the polls.

Among the party’s notable policy proposals, the EFF suggested scrapping the department of social development, establishing an elite private school for the poor, as well as a single African currency, and increasing local government procurement. The party further committed to trying to curb illicit financial flows.

The EFF banned several media houses from attending its conference, including Daily Maverick, a move which the party leadership continued to defend over the weekend.

The party leader continued to deny benefiting from the looting of VBS Mutual Bank, which Daily Maverick has reported on extensively, saying he faced no related criminal charges and was being hounded by allies of Ramaphosa and Public Enterprises Minister Pravin Gordhan.

Malema does, however, face multiple criminal charges and in his organisational report outgoing secretary-general Gardee said the EFF in its “infant stage” would follow a fate similar to the Pan Africanist Congress after Robert Sobukwe was arrested, should Malema go to prison. DM