By Alicestine October for Spotlight• 13 December 2019 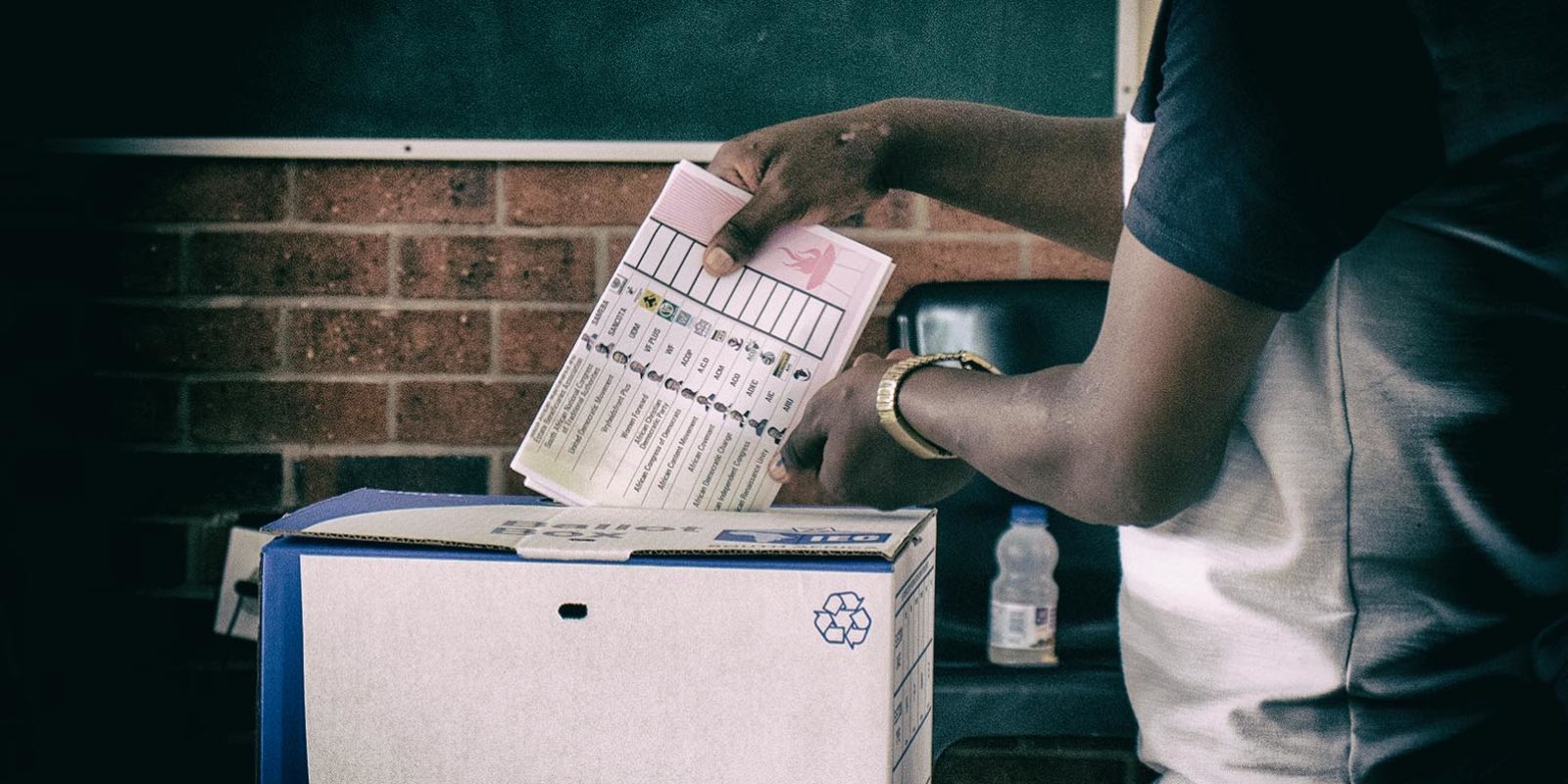 Citizens are entitled to answers and should be able to raise questions through their political representatives about issues that affect them, says the writer. (Photo: Aisha Abdool Karim)

One of the key ways in which we can assert ourselves as citizens beyond the ballot box is through national Parliament and the provincial legislatures whose main job is to hold the government to account through proper oversight. But the Auditor-General’s (AG) latest findings, it can be argued, is also an indictment on those tasked with tracking and keeping government departments accountable for how they spend public money — our public representatives in the legislatures.

Legislatures are after all the flagbearers of representative and participatory democracy, but too often the very institutions meant to give us wings, are what bog us down.

From decisions to close down schools or to build a new hospital — as citizens we should be able to know what decisions are taken and what questions are asked in provincial legislatures about issues that may impact communities. We are also entitled to the answers and should be able to raise our own questions through our political representatives about issues that affect us.

In a time of State Capture and institutional collapse, it has never been this crucial for every South African to insist on the constitutional principles of a People’s Parliament. Government departments such as health and education where provinces and national government have concurrent powers, often have the biggest budgets at the provincial level and among the most important service delivery responsibilities. In a department like health, the difference between good and bad spending can make the difference between life and death.

Take the provincial Department of Health in KwaZulu-Natal as a case in point.

The Office of the AG in its latest report found that this department, by the 2018/19 financial year, incurred more than R12-billion in irregular expenditure — more than any other provincial health department.

The biggest chunk of the irregular expenditure in the KZN Department of Health was on radiology equipment contracts. The way these contracts were managed had direct consequences for the public dependent on cancer treatment in the public health sector.

So, insisting on accountability is not only a rand-and-cents-lost-argument, but can be a life-and-death issue that cuts to the heart of the democracy and the citizens at the centre of it. And it is the responsibility of these provincial legislatures to hold these provincial departments of health to account.

Since 2014, under the administration of former President Jacob Zuma, the scuffles between EFF MPs and Parliament’s security officers during sittings of the National Assembly became a regular feature on television screens and propelled national Parliament into the living rooms of most South Africans.

Provincial legislatures, however, are a different ball game altogether. It often reminds one of a black hole where politicians are sucked in and only pop out again when it is election time.

Provincial legislatures are institutions where very important decisions are taken. Yet, they have for a very long time managed to escape public scrutiny.

The very essence of participatory and representative democracy lies in the relationship between citizens and the public representatives they elected to represent them. And too often, a mockery is made of this idea of a People’s Parliament or a People’s legislature.

Let us remind ourselves of one of the biggest tragedies in the public health sector in democratic South Africa — the needless death of 144 mental health patients during the Life Esidimeni crisis a few years ago.

And we almost did not know their names

It was through a tip-off in 2015 that an opposition party member of the provincial legislature (MPL), Jack Bloom started asking questions in the Gauteng Legislature. By then, families of the patients and organisations such as Section27 and Sadag (South African Depression and Anxiety Group) also tried to stop the moving of patients to various NGOs.

But it was in the Gauteng legislature where answers were demanded. By November that year, Bloom told the then MEC for Health in Gauteng Qedani Mahlangu that her plans to end the Life Esidimeni contract was a “colossal mistake, a looming disaster”. Using questions to Mahlangu in the legislature, Bloom managed to get the first death count — it was 36. Mahlangu maintained it was death by natural causes. From there, what later became known as the Life Esidimeni tragedy escalated into an arbitration hearing that still haunts us as a nation.

On luck, charm and guessing games

So, what did the Life Esidimeni tragedy teach us about the efficacy of oversight in provincial legislatures?

The whistleblower got in touch with a member of the provincial legislature. The MPL raised this issue and asked a series of questions and made statements in the legislature — without which we would have known a lot less about the impact of this government decision.

By using questions in the legislature Bloom, along with the families and the civil society organisations, managed to get the necessary media attention on the issue. This would eventually lead to a heart-wrenching arbitration hearing that picked at the scab of all that is wrong in the public accountability chain, but also showed how important oversight mechanisms in provincial legislatures can be.

In other provinces, like the Eastern Cape where the distance to the legislature is a major issue for many residents, who have to travel to Bisho to attend proceedings, technology can make a huge difference. However, the link to the website of the provincial legislature was recently not working. So, again the people the institution should serve are at a disadvantage. Trying to access and get an idea on the nature and outcome of deliberations during committee meetings or sittings in legislatures by reading the minutes of proceedings afterwards can also turn into a tedious guessing game as the information shared is often overly cryptic.

As a matter of course, legislatures are failing to share their work with us and breaking the social contract we have with politicians. We have good reason to be angry when legislatures operate as if democracy is an endless guessing game about what is happening with issues that affect our lives. The very idea of a People’s Parliament or the People’s legislatures is, after all, grounded in constitutionally mandated transparency and access.

Unlike national Parliament, proceedings in provincial legislatures are not routinely televised. Even for experienced journalists, getting the recordings of committee meetings in these legislatures are often a balancing act between charm and sheer luck. After having successfully navigated the maze that is the administration of most provincial legislatures — you often (if you’re very lucky) will find the designated clerk responsible for the recordings of proceedings or the clerk in charge of documents or parliamentary questions and answers tabled — but then these officials often are not very forthcoming with what should essentially be publicly accessible documents once it is tabled in the legislature. Many do not understand, or choose not to understand, the constitutional mandate of legislatures and its lifeblood — the people.

It is not just the general public at a disadvantage, but also the media. Recently after a Spotlight tweet on the frustrations of having to rely on an opposition party to get a sense of the issues raised in the legislature around health, the Gauteng MEC for Health Dr Bandile Masuku replied on Twitter that his department would publish the questions and answers asked in the legislature on Twitter. Not to be upstaged, Western Cape MEC for Health Nomafrench Mbombo also declared on the same Twitter thread that she would follow suit. She never did.

However well-intentioned, this misses the point. It should not be up to the executive to ensure the public has access to something as basic as the questions and answers posed in the legislature.

Parliamentary questions are one of the most important measures to hold the executive to account. It gives us a glimpse into the cracks in good governance that can easily become gaping holes eating away at the foundations of democracy. It can help predict the Life Esidimenis and help stop the bleeding of billions lost in irregular, fruitless and wasteful expenditure. So, the need for a public magnifying glass by, but also on, these legislatures remains high.

Something needs to give.

Political will to do the right thing in government will not magically appear overnight. This is South Africa, after all. We need to be vigilant. We need as many eyes as possible guarding the cookie jar and our democracy — from those constitutionally mandated to be the watchdogs over government, but also down to each one of us watching over the watchdogs.

We have to restore and ensure that all the links in the accountability chain work and remove this air of mystery around provincial legislatures that’s not leaving democracy much breathing room. And it can start with something as simple as publishing a question and answer posed in a legislature that can arm all of us with information. MC

Ciaran Ryan for GroundUp
Save 3 mins