Everything is in place to extradite the Guptas — why are they still in Dubai? 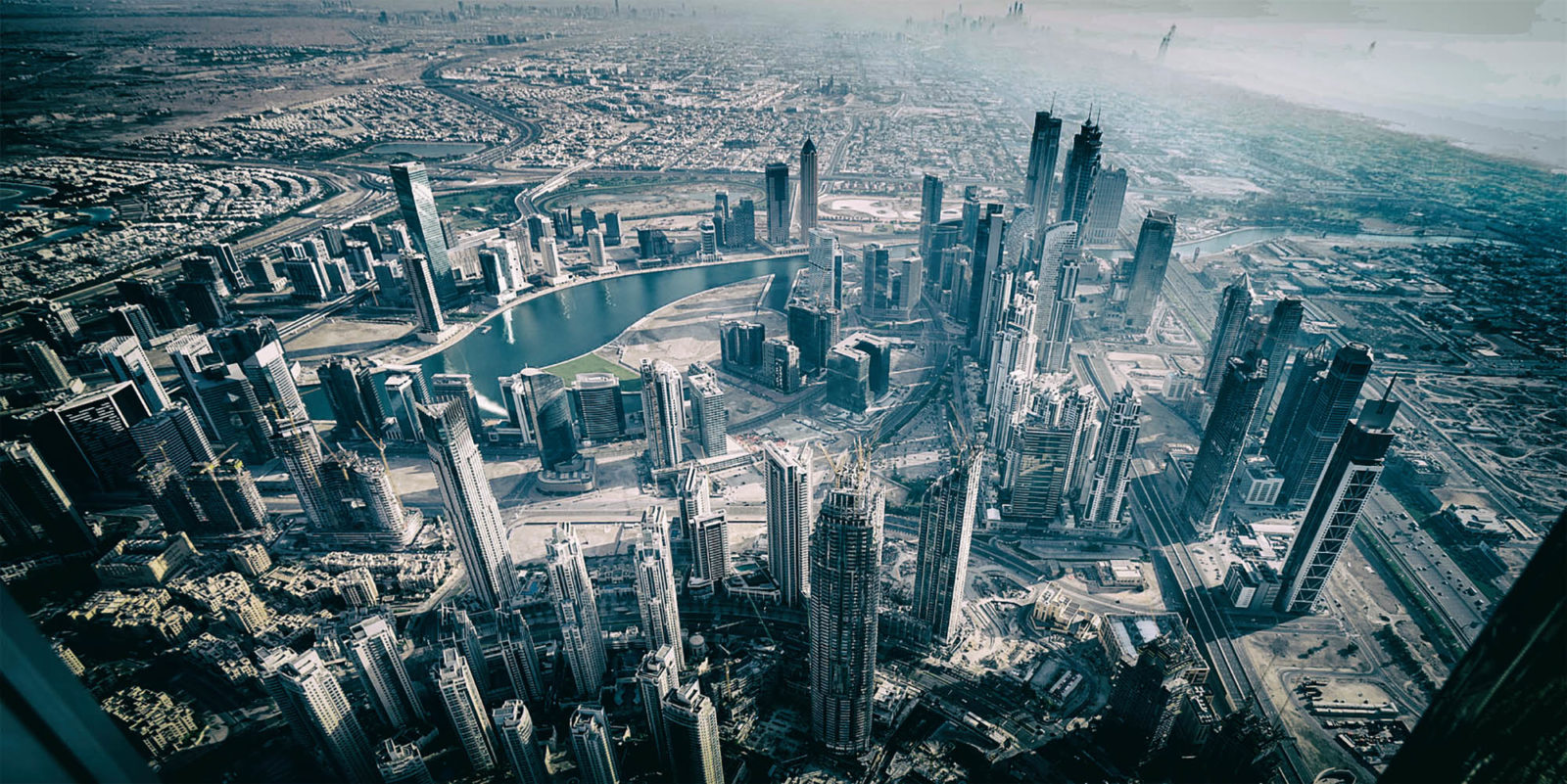 Deep into 2019, Ajay, Atul and Rajesh Gupta still stand in no South African dock, hands folded before them, being asked to plead. They remain safe in Dubai. (Photo: Selim Mohammed / Pixabay)

Should the Guptas escape trial it will be a travesty. Whatever smaller fish are fried for lesser crimes, the honour of our state, such as it is, will plunge to irrecoverable lows. The Moriartys of the world will know for sure that the Sherlocks can expose but never apprehend them.

Opulent hotels, valuable real estate and easy residency – these are the things that seemingly recommended Dubai to the Guptas. But, when the family left South Africa in haste in 2016, what attracted them most was what Dubai lacked. This was an extradition treaty between the country where they hit their luck and the country where they planned to enjoy it.

How fugitive bowels must have dissolved when, in September 2018, South Africa signed an extradition treaty with the United Arab Emirates (UAE). The prospect of being bundled onto a plane to Jozi, economy class, was terrifyingly real. Back here it was a different story and everyone disgusted by State Capture allowed themselves a smile. Finally, the family who allegedly either bullied or bought Cabinet ministers and wrecked our SOEs would come to answer for it. Yet, something has gone wrong. Deep into 2019, Ajay, Atul and Rajesh Gupta still stand in no South African dock, hands folded before them, being asked to plead.

Should the Guptas escape trial it will be a travesty. Whatever smaller fish are fried for lesser crimes, the honour of our state, such as it is, will plunge to irrecoverable lows. The Moriarties of the world will know for sure that the Sherlocks can expose but never apprehend them.

Advocate Shamila Batohi has been in office for 10 months. The ministers of justice and international relations for six. That’s plenty of time to get the former Saxonwolders back. What is the hold-up?

In early November this year, the Department of Justice appeared to concede that South Africa still had some technical issues to address before ratification. Spokesperson Chrispin Phiri told News24: “Once we have sorted out technical issues on our side, we hope that the UAE parliament will ratify it on their side. We are working with all authorities to ensure the agreement is enforced.”

Three weeks later, the blame seems to have shifted to UAE legislators. While the treaty was signed by representatives of both countries, it still requires ratification from their parliament, the Federal National Council (FNC). And what is the excuse for not sealing the deal for 14 months already? Wait for it: the UAE isn’t sure the Arabic text of the Treaty was properly translated. How convincing is that?

Emiratis may not understand that the quality of this excuse verges on insult to South Africans, people confronted daily by the ruin left behind by the fugitives they shelter. One can only imagine for instance how the trade unions, whose members pay such a high price for SOE collapse, will respond to UAE laxness.

This prompts the next enquiry: what are our domestic institutions doing? Why are “technical issues” still unresolved? For months now, the public has received vague assurances that things are well in hand. Anyone reading the signed treaty would think so too. Invoking article 2, the NPA can approach its counterpart in Dubai requesting a hand-over of the suspects tomorrow, as long as it is accompanied by an indictment and a warrant of arrest. Dirco then wraps all these documents up in diplomatic obeisances (translated into Arabic) and flies the paperwork over.

Obviously, none of this can happen while the accord is inoperative. But our government can, if it wanted to, bring considerable pressure to bear to switch the treaty on. So, what is the plan and what has South Africa done for 14 months? Not much, if results are to go by. There is news that the NPA has requested the minister of justice to request that the Emiratis ratify the treaty when they meet at the Conference of State Parties in Abu Dhabi later in December. This is part of ongoing “positive engagements”. Instead of a chain of custody, the NPA appears stuck in a chain of requests. If this is the extent of South Africa’s expression of disapproval at the delay, then the wait for ratification will take years.

Civil society deserves detailed explanations about what concrete, geopolitical and, even, economic pressure is being brought to bear on the UAE and how it can help with that. Vague assurances won’t do. Accepting assurances is precisely how we got here. For it was not solely through bullying politicians and scheming businessmen that South Africa was pillaged. State Capture was facilitated by spiritless public servants too scared to assert the public interest, going about denying there was any problem at all. Think tall trains, cracked power stations, fire pools, Estina, and a range of crackpot prosecuting decisions during the Shaun Abrahams era. It’s a Prozac-inducingly long list. In this weak and hollowed-out condition, the South African state was not so much captured as claimed, like money left on a table.

Sterner stuff is required from those in charge. And speed. Striking plaintive notes and gently prodding other delegates at a conference are tactics woefully out of step with the enormity and urgency of the situation. Extradition is not a task the NPA can get around to once the low-hanging crooks have been cuffed. Every day of delay hurts.

First, the Guptas, inveterate wedding planners that they are, continue to dissipate our stolen wealth. The sooner they are excreted from their desert bolthole the more money is left for them to surrender if found guilty. More ominously, we must consider the strict approach judges in Dubai take to extradition requests. The United Kingdom found out the hard way when it sought to extradite the three Patel brothers, accused money launderers, on charges involving R2-billion. As the underlying crimes occurred longer than five years ago, the Dubai Court of Cassation dismissed an extradition request, even with a treaty in place.

Shockingly then, we may end up kissing crimes allegedly committed before 2015 goodbye as a basis for bringing the Sahara kingpins to trial. And they know this. While ordinary tenderpreneurs find an angle and play it until they are blocked or caught, the Guptas practice advanced mercantile trigonometry. They assess variables, adopt identities and apply their capital to stay ahead of the arc of the law. Their lawyers have doubtless scoured both the treaty and case law for technical points to block their client’s trip back south.

The five-year time-lapse is a point they can readily take. In this regard, we know just how how the brothers bent some of our own parliamentarians to their will. The testimony at the Zondo Commission is humiliating to watch. And so, MPs in the Emirates will have to forgive us the uncharitable suspicion that arises in our minds when we notice how tidily their inaction on ratification aids the Gupta cause.

Another way a suspect can avoid extradition is by alleging threats to his safety in the requesting country’s custody. The Guptas will play this card in due course, although it is far-fetched. An inventive but risky third way of dodging extradition would arise if they happen to be charged with a crime in Dubai. Justice then depends on how local authorities handle the case.

But all of these bridges are only crossed after ratification of the treaty. Which is a document worth fighting for. For the treaty is muscular, something its negotiators should be praised for achieving. As soon as papers are filed, the Guptas will be arrested and detained by Dubai authorities for as long as extradition processes take. And, as long as the NPA can show they have serious charges to face, backed by some evidence, they will be put in transit. It thus defies belief that our government, in support of ratification, has not yet pulled out all the diplomatic reciprocities necessary and, if still thwarted, concomitant actions.

The failure to ratify can thus also be seen as a failure of our own government to signal to sensible leaders like Dubai’s Sheikh Mohammed bin Rashid Al Maktoum how consequential the treaty is to finally defeating the attack on our state that the Zupta project represented. And this failure gives credence to an emerging view that, despite high-level commitments to accountability, the ANC does not really want the beans of capture spilt too widely. For, if the Guptas do testify, the trail from Dubai may lead to Luthuli House and encircle many in the current NEC.

The aim would thus be to manage public outrage until it gradually dissipates. With civil-society demobilised under the spell of Ramaphoria, and other political parties beset with controversies of their own, this approach could work. Over time, cries for justice will subside and the opportunity will be ripe to propose “political solutions” to what the Zondo Commission has uncovered, perhaps accompanied by a little money paid back. But the Guptas and what they know will stay ensconced in Dubai. What better pretext to settle for mere censure of the Dons of Estina, Homix and Tegeta than the regrettable impossibility of a prosecution. Why? Well, because a foreign parliament failed to ratify the treaty or a foreign court ruled against us on a technical point.

Let us hope that this is not the plan.

If our government is purposefully not pushing ratification very hard, then once again, Gupta interests have risen, like a bad moon, to align with those of the ruling party. The people of South Africa will once again be denied the dawn they were promised. And we will have to see what we do about that. DM

Heinrich Böhmke is an investigator, trainer and legal consultant. He provides advice to top managers and boards and is a strategist for whistle-blowers. He edited all the African #PanamaPapers reports.