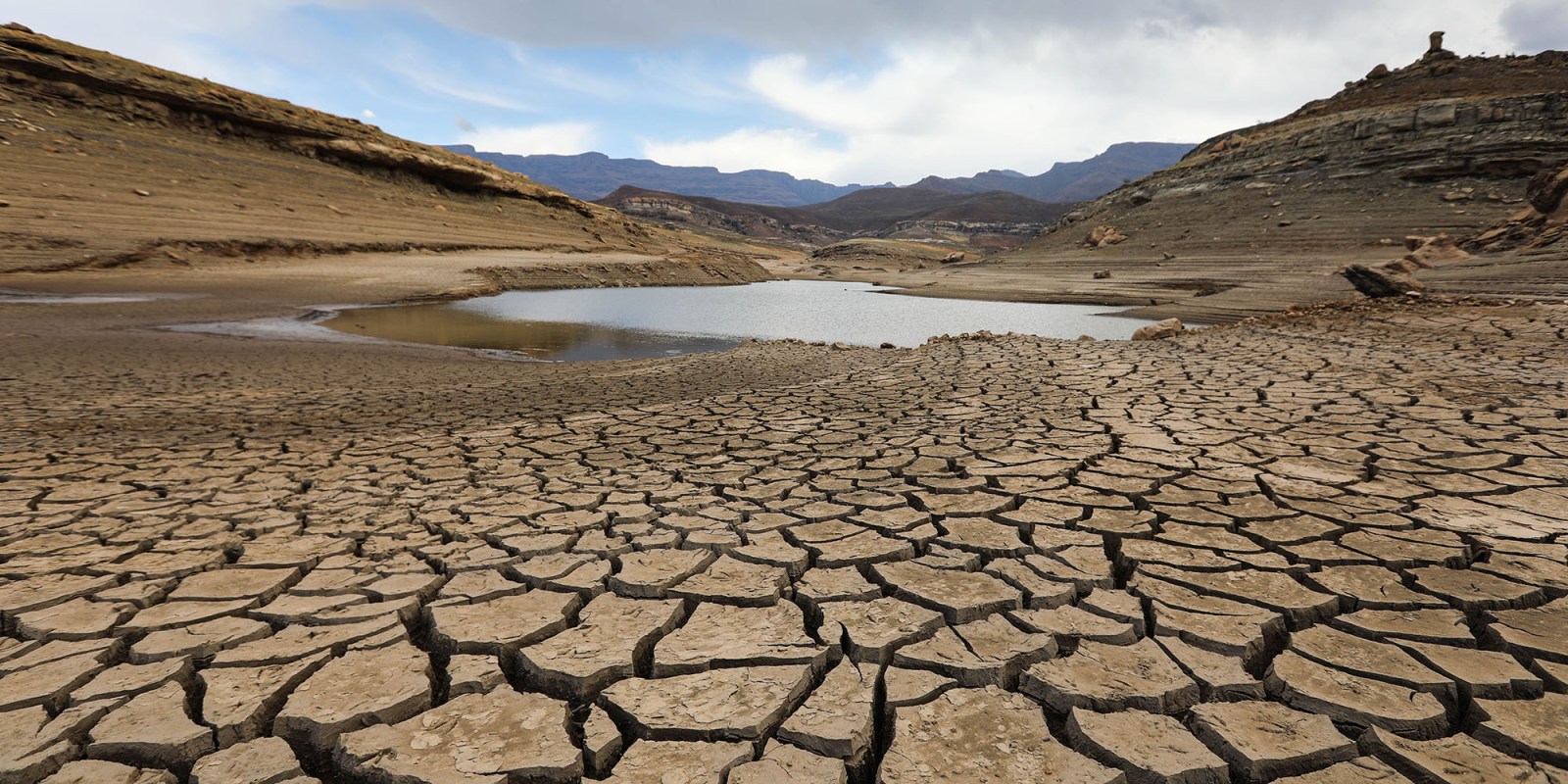 Dry cracked earth is pictured on the dry dam bed, 22 October 2019, at the Fika-Patso dam near Qwaqwa, in the Freestate. The area is experiencing the worst drought in modern history. (Photo: Alaister Russell/The Sunday Times)

The drought is worsening by the day, yet South Africa remains a ‘water wasting country’, according to the Department of Human Settlements, Water and Sanitation, which has introduced a R900bn master plan to combat the water crisis by 2030.

“South Africa has a higher water consumption per capita than the world average, and yet we still use water irresponsibly,” said Minister of Human Settlements, Water and Sanitation, Lindiwe Sisulu.

This was during a media briefing on Tuesday 3 December where the department announced its drought relief programme, the second phase of the National Water and Sanitation Master Plan which was launched on 28 November 2019.

The endeavour aims to mitigate the country’s water shortages and will cost close to R900 billion over ten years. Despite repeated questions from journalists, the department failed to clarify when and where the budget would be spent but said a document with specifics of the timeline and to which municipalities the money would be allocated would be shared with journalists at a later stage.

Based on current demand projections, the country is facing a 17% water deficit by 2030.

According to the master plan, the average South African uses 237 litres of water daily, which is 64 litres higher than the global average.

“South Africa has less than average rainfall, which causes immeasurable strain on the populace,” Sisulu explained.

Through water conservation and water demand strategies, the department aims to reduce average daily domestic water consumption to 175 litres per person – equivalent to eight toilet flushes and a 10-minute shower.

Nine short-term interventions for drought relief will be introduced. These include rainwater fog harvesting, effluent treatment and re-use and the desalination of salty groundwater or seawater.

Sisulu admitted that desalination was a costly intervention which failed when it was introduced in the Western Cape.

Borehole drilling was also mooted as a solution, but under drought conditions boreholes are unreliable. In KwaZulu-Natal for example, 40% of the boreholes drilled dried up within the first week or so after installation.

The Eastern Cape is one of the worst-hit provinces by the drought and has the largest budget allocation of just over R1-billion. Last month it was finally declared a drought disaster area, a decision which should have been made more than a year ago, according to agricultural industry association AgriSA.

More than 50% of Eastern Cape dams are less than half full and 44 towns are affected, including Butterworth, where streams, rivers and taps have reportedly run dry.

Farmers in the Eastern Cape are struggling under the dry conditions. Daily Maverick previously reported that estimated losses in the livestock sector were over R6-billion with the threat of thousands of job losses.

Sisulu also mentioned the need for transformation in the agricultural sector where black farmers only access 5% of the overall water used for farming.

“More than 70% of commercial farms in South Africa are owned by white farmers, who also use 95% of the water allocated to the agricultural sector,” the master plan read.

The use of water in agriculture matters not only because farming ensures food security, but the sector uses the most water in South Africa and pays the lowest tariff.

Municipalities have been encouraged to set targets to reduce their water usage and to publish monthly reports, a seemingly difficult feat since a third of municipalities are regarded as dysfunctional and more than half lack sufficient technical staff.

Municipalities are also losing R9.9-billion each year through non-revenue water (water that is not billed, for example, due to leaking taps or faulty water meters).

Digital solutions will also be implemented.

Rand Water CEO Sipho Mosai announced that the utility would introduce an online water monitoring tool for Gauteng which will allow users to gauge water supply across the value chain from “source to tap”. DM