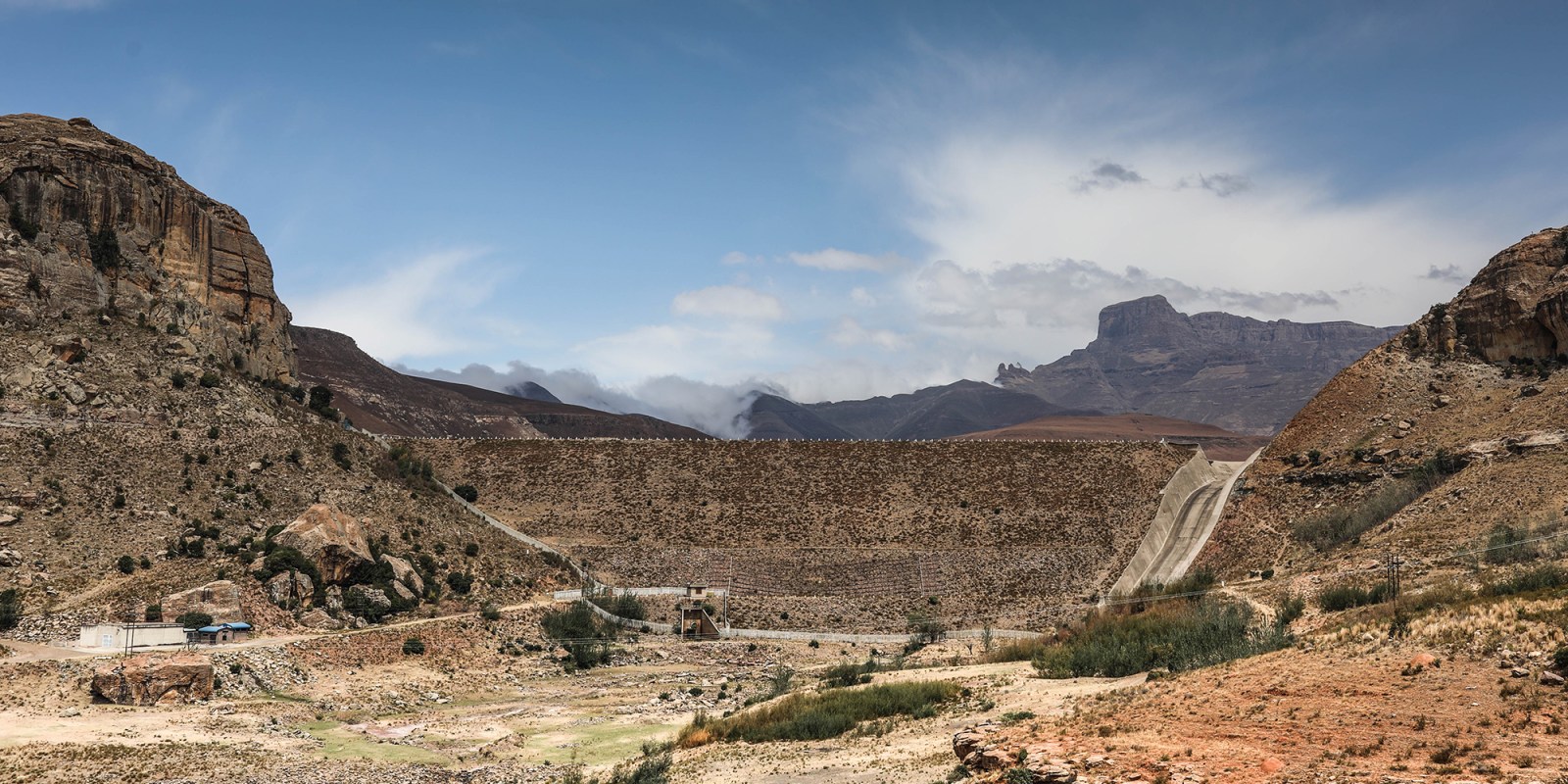 The dam wall is pictured, 22 October 2019, at the Fika-Patso dam near Qwaqwa, in the Freestate. The area is experiencing the worst drought in modern history. (Photo: Alaister Russell/The Sunday Times)

While the climate crisis has not yet necessitated the declaration of a national disaster, agricultural organisation AgriSA pleads for the government to recognise that the country is not prepared for a disaster and a lot of work must be done if South Africa is to become more resilient to the climate crisis and to mitigate its effects.

A number of leading stakeholders in various agricultural sectors in South Africa joined forces for the first time on Tuesday 12 November 2019 at the AgriSA press briefing in Centurion to discuss the plight of the farming industry as it suffers through the drought that has plagued South Africa since 2012.

The panel of key players formed a powerful platform to voice concerns on the state of agriculture in South Africa and plead to government to acknowledge this drought as a crisis.

“At this stage, it would not be necessary to declare a national disaster, but provincially, in the Western Cape, the Eastern Cape, the Northern Cape and in the Limpopo area, a disaster declaration should have been done more than a year ago,” said Willem Symington of Agri Northern Cape.

“The primary responsibility of dealing with a disaster sits with the government — they must play the overall role in managing disasters and to do that, they must call upon all the roleplayers,” said Symington.

He says this requires the co-operation of the departments of agriculture, water and sanitation and labour.

AgriSA has called upon the government for the immediate implementation of measures that may alleviate the effects of the drought and other climatic changes including a National Drought Management Commission, private-public partnerships, multi-peril agricultural insurance and an early warning system.

“These are things that are being implemented in other countries… they are working and we need to implement it here,” said Omri van Zyl, executive director of AgriSA, who facilitated the panel discussion.

AgriSA is also appealing to the public and business sectors to support its Drought and Disaster Fund which began four years ago and has since helped more than 14,000 farmers remain in production.

The report contains alarming figures that depict the effects of the climate crisis within South Africa and neighbouring SADEC countries including Lesotho, Botswana, Zimbabwe, Zambia and Angola.

In South Africa, 37.44% of rural communities are affected by the drought.

“The number one priority is that South Africa remains food secure – which it is already battling to do,” says Van Zyl.

The report cites South Africa as the most food-secure country in Africa and its agriculture industry as the vehicle to address poverty and revive rural economies.

“This is a geopolitical priority. Food security must remain the greatest priority for our government. We cannot control climate change, but we can control how we react to it,” said Van Zyl.

“In Africa, more than 35 million people are in need of humanitarian aid in one form or another and during the drought all of the countries in the SADC region experience lack of food security, if not food insecurity,” says Symington.

“Grain forms the base of our food pyramid – it is food for people and feed for animals.”

De Villiers explained that normally the planting of maize would be finished by mid-November, but that no farm has been able to plant because the rain is more than a month late.

“We are late, but we are not in a crisis — but we are very worried when we look at the forecast of the season. We are not sure whether the grain sector can take another drought in this country.”

De Villiers says the sector is pleading with the government for an insurance system that will assist farmers to at least receive their inputs back so that they can continue planting and maintain the food security status in the country.

The challenges faced by the horticulture sector are accelerating in the form of employment lay-offs and dips in exports.

The horticulture sector is labour intensive with farmworkers needed to prune, fertilise and harvest the produce. The drought has a direct effect on a farm’s labour force and an indirect effect on smaller farms and rural communities in the area.

Christo van der Rheede of AgriSA says that in a research study conducted at the beginning of 2019, farmers indicated that about 30,000 farmworkers had lost their jobs.

Van der Rheede says when they look at areas most severely affected by droughts during periods of extreme water scarcity the industry estimates the loss of 1.5 workers per hectare.

Horticulture in South Africa is heavily dependent on exports, but the industry is struggling to provide the produce levels needed to meet international demands.

The animal production sector in South Africa is also witnessing a dramatic drop in livestock as herd numbers are diminishing rapidly.

“There is a humanitarian crisis at this point, some farmers are down to 30% of the nucleus of their herd,” says Gerhard Schutte of the Red Meat Producers Organisation (RPO).

“This impacts very severely on commercial farmers, but also on emerging farmers where the effects of the drought are more devastating.”

Schutte explains that livestock in South Africa is constitutionally protected, with the right to food, water and shelter.

“We as farmers take this very seriously… and many farmers are forced to take their animals to slaughter because they don’t have the feed available to keep their animals alive.”

The good news is that South Africa boasts resilient, adaptable animals, a competitive meat market and very well developed feeding schemes, which are progressive, but depend on farmers receiving soft loans, insurance and aid from the government – not only for emerging farmers, but for the commercial sector too.

With an 80% loss of total game numbers in the past six years, the wildlife sector has felt major hits within its sub-sectors of hunting and tourism.

“The buyers’ market has dropped because there is no grass or feed for the game and… who wants to hunt an animal which is on its last legs or go on a game drive and see animals dying,” says Adri Kitshoff-Botha of Wildlife Ranching SA.

Chris Van Dyk of Milk Producers Organisation addressed the impact of the drought on milk production in South Africa and the commercial and emerging dairy farmers that contribute about R16-billion to the agricultural turnover in the country.

“A cow that is producing about 40 litres of milk will require about 120 litres of water per day… When there is no water, milk production will go down and eventually that cow will also die from lack of water.”

Commercial dairy herds are thus deteriorating, making production no longer viable, forcing farmers to leave the industry. This is affecting the 35,000 people who work in the dairies themselves, who depend on this business as a daily source of income and food.

“We need to approach government to support [farmers] financially so we can contribute to farm expenses on a daily basis and ensure that food security is in place so that this industry can go forward,” says Van Dyk.

AgriSA confirmed that it met with the Department of Agriculture, Forestry and Fisheries on Monday to address the establishment of a task team to implement its proposed long term measures, which include multi-peril crop insurance, financial assistance and public and private partnerships.

AgriSA is also appealing to the broader public and corporate sectors to support its Drought and Disaster Fund in a collective effort to ensure farmers remain in production and that jobs and food security in South Africa are better secured.

“This is a South African problem that has been with us for four years and many of our farmers and rural people are at the end of their lives and their wits… It is time that all SA take hands and together as a nation solve this problem,” said Van Zyl. MC