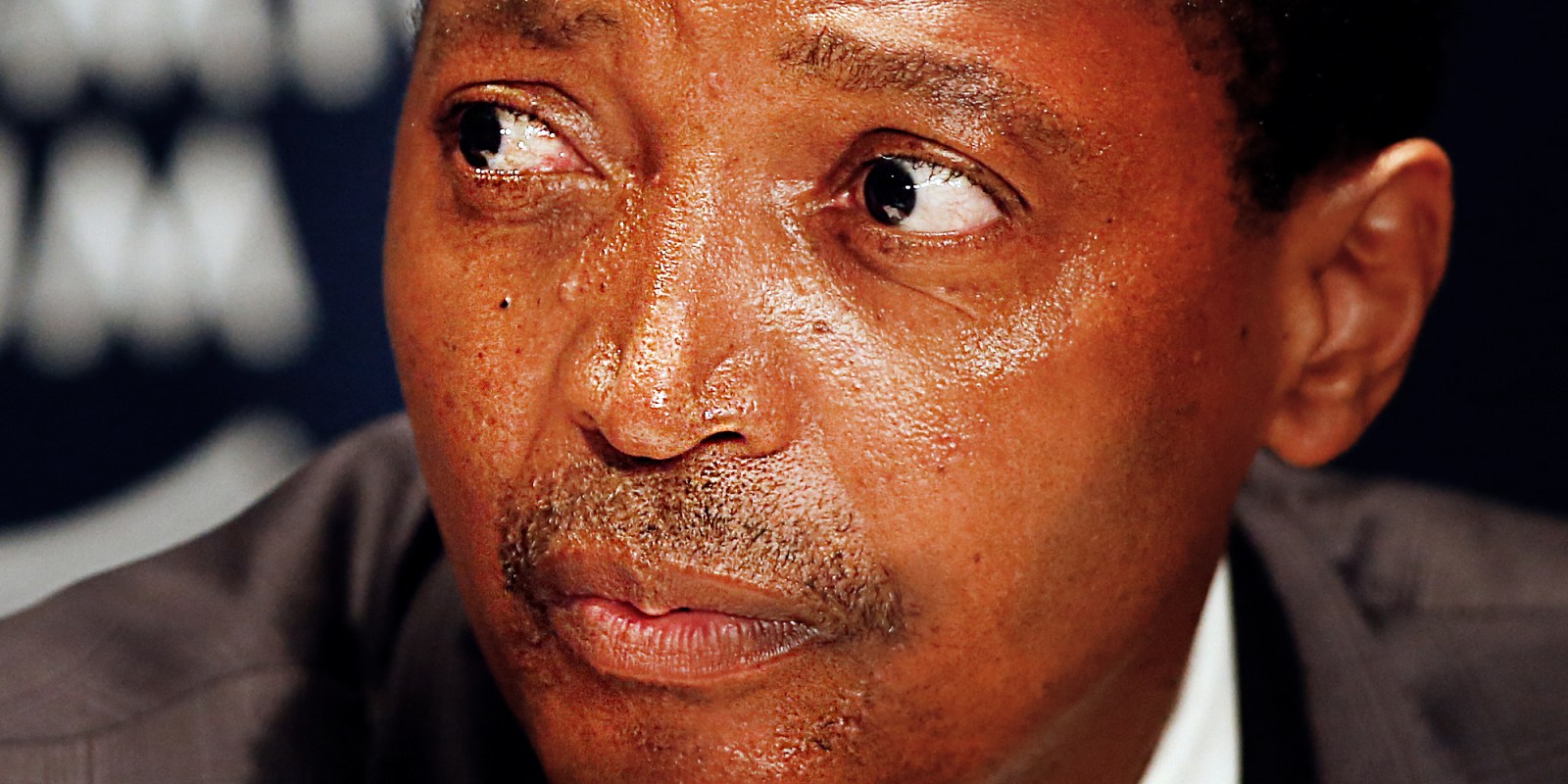 South African businessman Patrice Motsepe was successful in his bid to prevent a Botswana weekly from publishing negative stories about him relating to a fierce internal political battle in that country.

Almost eight months after it published an article alleging that businessman Patrice Motsepe smuggled R22-million to pay for the political campaign for a rival to Botswana President Mokgweetsi Masisi, Botswana’s Sunday Standard has been muzzled by a court.

In a judgment that was made public on Friday morning, Justice Gabriel Komboni has “interdicted and restrained” the Sunday Standard from “publishing and/or disseminating directly and indirectly false and/or defamatory allegations” about Motsepe.

It also has to “remove any and all false and/or defamatory statements or references relating to or regarding [Motsepe]” published on its website and any other social media platform.

Justice Komboni has also ordered the newspaper to pay the cost of Motsepe’s application, which included two counsel, and he has given Motsepe 30 days to move his defamation application against the paper. Motsepe has claimed damaged of P5-million – or R6.73 million – against Sunday Standard after it published a story stating that Motsepe smuggled money to fund the party presidential campaign of former foreign minister Pelonomi Venson-Moitoi.

The story was published on 1 April this year, and retracted in the paper the following week, but the allegations were repeated in a story on 10 June without “engaging” Motsepe. The stories were published under a Staff Reporter byline. Justice Komboni agreed with Motsepe’s argument that the paper did this on purpose after he issued his summons for damages. “In my view, the conduct of the Respondent of retracting and then republishing a retracted publication which is deemed defamatory grounds an apprehension of irreparable harm on the part of [Motsepe]. I think that there is a basis for [Motsepe] to apprehend that further defamatory publications may be made by [Sunday Standard].”

Motsepe argued that if the publication of these alleged defamatory statements continued, then “his reputation will continue to suffer and his businesses will be adversely affected”, according to the judgment. Motsepe said “his good name and reputation are important to him and his business partners and other parties that he interacts with and [Sunday Standard] have been made aware of this”. The paper did not file any affidavit to support the facts in its story but said in meetings outside the court that it had this evidence.

Justice Komboni, however, said allegations of a lone person smuggling R22-million “to fund political campaigns in this country [Botswana] is indeed serious. The same allegation shows the perpetrator as someone who breaks the law, possibly several laws of his own country and those of this country. I will say no more”.

Motsepe’s sister, businesswoman Bridgette Motsepe-Radebe, has also threatened the paper with a lawsuit following a series of stories alleging her involvement in a campaign to oust Masisi. Motsepe-Radebe is close to former president Ian Khama, who left the governing Botswana Democratic Party earlier this year to throw his weight behind a new opposition party, the Botswana Patriotic Front, ahead of last month’s elections. The party, however, did not perform as well as Khama might have hoped.

Motsepe-Radebe has been fighting her own battles against negative publicity after her name recently was mentioned in a court case involving an intelligence agent nicknamed “Butterfly”, in which it was alleged that Motsepe-Radebe helped the agent to move billions of dollars into Absa and Nedbank accounts in South Africa. The banks, however, denied that these accounts existed. The Black Business Council (BBC) this week also issued a statement denying that it was pushing for Motsepe-Radebe to resign from the council. On 29 August the Sunday Standard published a story claiming that the BBC requested Motsepe-Radebe to step down “or face a motion of no confidence that will see her dismissed from the association and its 63 business affiliates”. BBC president Sandile Zungu said: “The BBC would like to set the record straight and confirm that Mrs Motsepe-Radebe is in good standing and an office-bearer of the BBC. We would like to reiterate our vote of confidence in Mrs Motsepe-Radebe.”

Sunday Standard editor Outsa Mokone told Daily Maverick the paper will appeal. “Our lawyers have advised us to appeal the judgement in the interest of press freedom in Botswana,” he said in response to a Whatsapp enquiry.

Motsepe could not immediately be reached for comment. DM