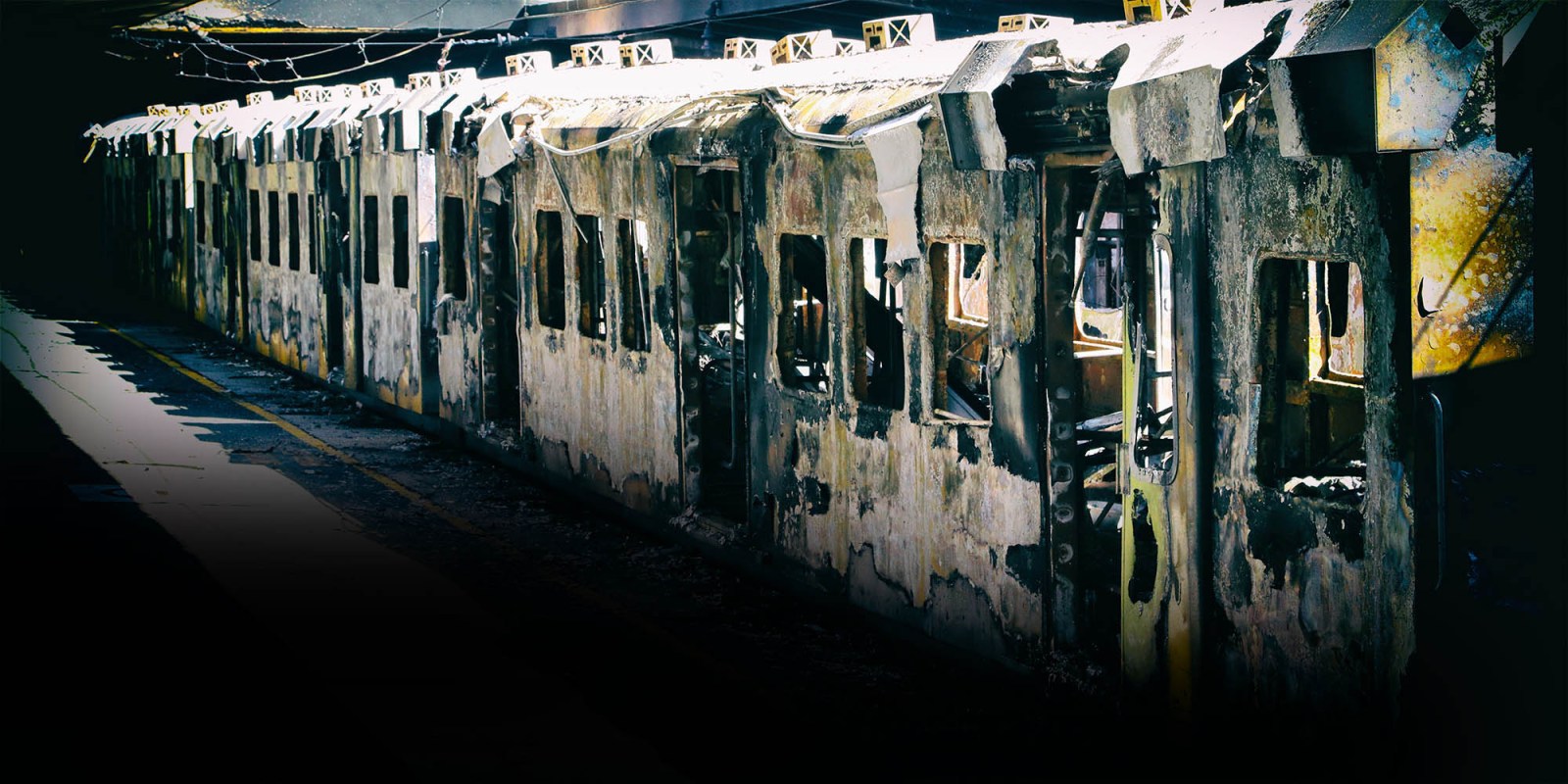 Keep politics out of discussions about the latest train attack was the appeal from Western Cape MEC for Transport and Public Works Bonginkosi Madikizela in the aftermath of an arson attack which burnt 18 carriages early on Thursday morning. Yet, Madikizela himself kept reiterating that, despite all his efforts to interact with national Transport Minister Fikile Mbalula had failed.

Early on Thursday morning, at 2.20am, a fire broke through the Cape Town Train Station, causing a service suspension of all trains until about 7am. This is the second major attack in 2019 on the already embattled Cape rail network, following one on Easter Sunday.

When MEC Bonginkosi Madikizela visited the train station at 10 am on Thursday, he kept repeating the fact that despite numerous calls and writing to minister Fikile Mbalula, they have not received a seat at the table when talking about the issues at Prasa.

Madikizela kept stating that “we must remove politics” from the rail system, yet contradicted himself by complaining that he does not get support from the national ANC-led government.

“I want to work really closely with the national minister so we can deal with this,” said Madikizela, but kept reiterating that he, in fact, does not get a response from the minister’s office about Prasa.

“If those managing the rail service do not want to run the railway, then hand it over to those who have shown they can govern effectively … Our residents deserve better,” he said in a statement following the attack.

There had been 140 train carriages destroyed over the past three years, said Plato, who made a call for the Hawks to get involved with investigating this arson, stating: “Today I will be writing to President Cyril Ramaphosa requesting that the Hawks be tasked with establishing a special unit to investigate the burning of trains in Cape Town.”

The GOOD Party’s secretary-general, Brett Herron – who quit the DA in November 2018, and who has been a vocal critic of the City, Madikizela and Mbalula, said: “At this point in time the service is limping along and our political leadership – who hold executive office from the Minister of Transport to the MEC for Transport to the Mayor of Cape Town – are absent or delinquent in the exercise of their responsibilities… so far, it looks like heads should roll.”

When asked if he was invited to the minister’s briefing later on Thursday, Madikizela said he was not invited and wouldn’t make it, as he is scheduled to be in the Western Cape provincial parliament for a parliamentary sitting. Mbalula was scheduled to address the media at 1.30pm, following an inspection of the burnt-out trains.

While the costs have not been estimated yet, Metrorail Western Cape spokesperson Riana Scott said, “Firefighters battled to contain the blaze and most platforms are still covered in debris and water – the concourse and offices are filled with smoke from the incident.”

Scott said there were no injuries reported and while trains were suspended this morning, some reopened at 7am, with residual delays across the entire system.

This is not unusual, as trains between Khayelitsha and Mitchells Plain have not been working since the beginning of November. DM