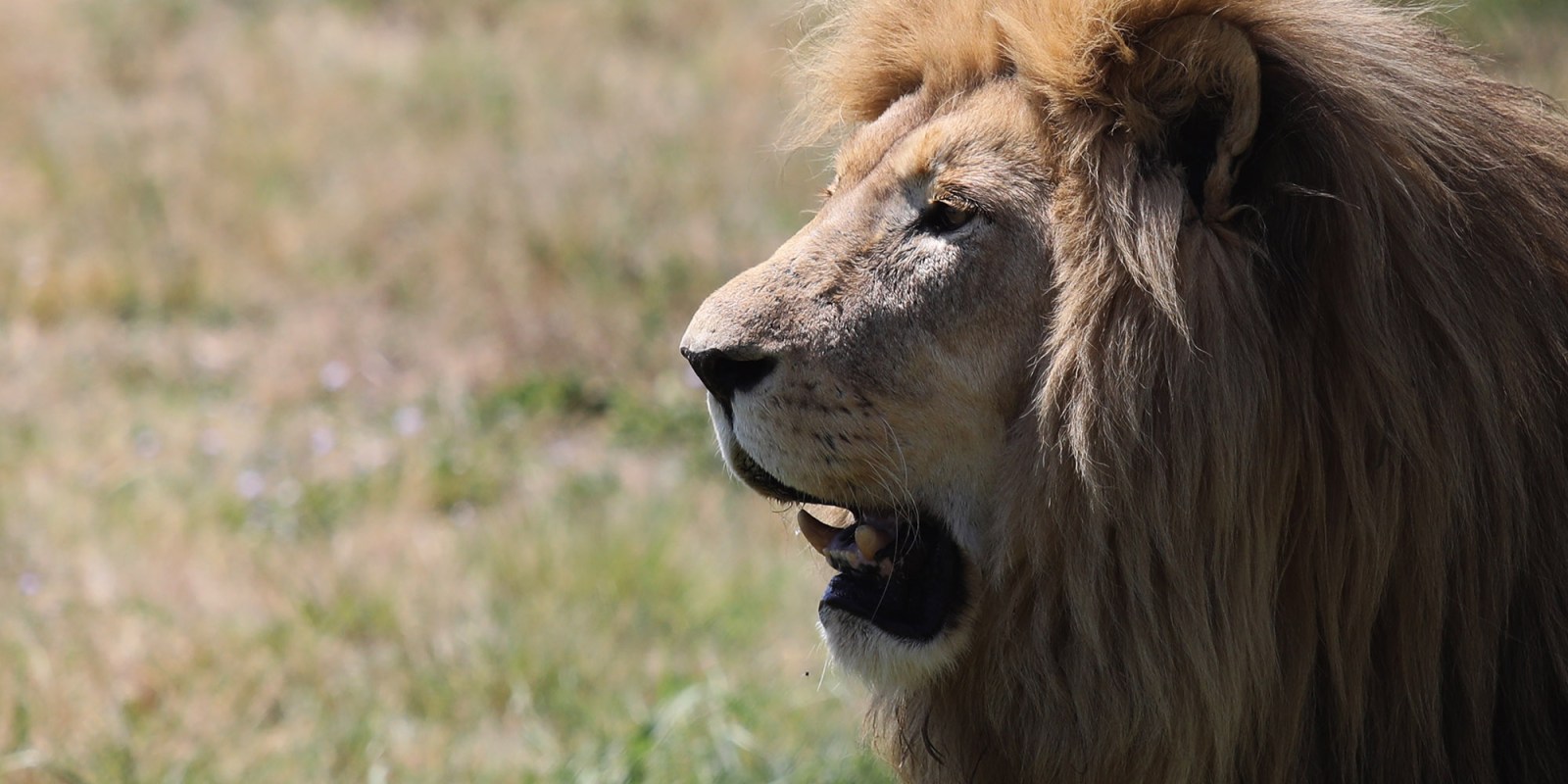 In the matter of guarding the chicken run, there’s a big difference between giving the job to a chicken or a fox. In October the government appointed a high-level panel ‘to review policies, legislation and practices related to the management of elephant, leopard, rhino and lion’. A check on its members suggests there’s something distinctly fox-like about its composition. It could be a tactic to bypass a parliamentary resolution.

Let’s start with which of these wild animals need management and legislation. There are already extensive norms and standards in place governing elephant management, new rhino legislation is in process, leopards are not a big issue at the moment. So in fact this high-level panel is really about lions – and they are urgently in need of help.

In 2018, lions were the focus of a two-day colloquium by Parliament’s Environment Portfolio Committee which included a wide spectrum of stakeholders, from lion breeders and hunters to conservationists and animal rights NGOs.

The committee concluded that lion breeding and the canned hunting industry were abhorrent and had no conservation value. It called on the Department of Environment, Forestry and Fisheries (DEFF) “as a matter of urgency to initiate a policy and legislative review of captive breeding of lions for hunting and lion bone trade with a view to putting an end to this practice”.

It was an unexpected a shock for lion breeders, particularly those who sold hunts and lion bones, and undoubtedly sent shivers down the spines of associated cub petting establishments.

In appointing a panel of experts to address this issue, however, the sting got lost – which will undoubtedly give good cheer to lion breeders. In the brief and vague outline of its terms of reference, “putting an end to this practice” disappeared and was replaced with the weaker phrase, “review policies, legislation and practices”.

Apparently the problem isn’t just about the wording. In a letter delivered on Monday 25 November to the Director-General of DEFF, Nosipho Ngcaba, a coalition of 24 environmental NGOs said it had perused the 25 appointees (see names listed below) and found it extremely unlikely that the panel would support the parliamentary instruction to put an end to the commercial exploitation of lions.

The NGOs assessed each candidate in terms of their skill level in the issues to be dealt with, their qualifications in respect of scientific conservation, their likelihood in reflecting the spirit of Section 24 of the Constitution dealing with protection of the environment, and potential bias in vested interests.

In total, 14 members of the 25-member advisory committee appear likely to either support hunting or trade in species or body parts or be indifferent towards the Constitution’s emphasis on ecological sustainability (or both). A mere six members have discernible preferences for non-consumptive use.

Only eight members have scientific qualifications equal to the requirements, 13 have no skills in the issues on which they will be required to pass judgement, and just four have histories that indicate they’ll strongly support Section 24.

In the absence of any publicly available information about them, the views of five members could not be ascertained, “which is in itself cause for concern”, say the NGOs.

The committee chair, Mavuso Msmang, is on record claiming to be committed to consumptive use. Prof Brian Child openly supports trophy hunting, Dr Tshifhiwa Constance Nangammbi has, in parliamentary debates, and strongly backed game ranching. Deon Swart is CEO of the SA Predators Association and publicly criticised the colloquium report. Three other members of the panel are from hunting associations and others are from game ranching operations.

Another member, Pamela Bulelwa Yako, was suspended for alleged tender irregularities running into millions of rand when she worked for Water Affairs. She briefly worked for the Eastern Cape Department of Environmental Affairs – at a cost of R3-million for nine months.

The NGO letter raises the question of whether it was by chance or intention that the selected panel is more likely to oppose than support the resolution of Parliament’s Environmental Portfolio Committee. It urgently requests information on the criteria used in the appointments, how the panel was constituted, its terms of reference, whether members will be required to declare their interests and whether it will consult with other departments, experts, organisations and the public.

There are between 8,000 and 12,000 lions in captive facilities in the country being bred for various purposes, including hunting, tourism, live sales, petting, zoological purposes and lion bone trade. The parliamentary report was extremely critical of their treatment, particularly canned hunting.

“This most extreme type of trophy hunting serves the captive-bred lions to their hunters on a silver platter,” notes the report. “The animals, which are born in captivity, are taken away from their mothers within hours of being born so they can be used in petting facilities. [Visitors to these facilities] do not know they are supporting a horrific industry, an industry that even many hunting associations reject as being unethical.”

The report concluded that “there was an overwhelming consensus for the need to bring an end to the controversial aspects of captive lion breeding industry”. It noted that the industry “is doing serious damage to Brand South Africa. South Africa’s conservation success rightly or wrongly will be questioned and smeared”.

Portfolio Committee chair at the time, Philemon Mapulane, said “South Africa is allowing a practice that everybody is turning their backs to. We need to find a solution as a country to improve the situation.” He insisted it was time to put an end to the practice of captive predator breeding, captive-origin hunting and the lion bone trade.

One would have expected this strong position to become the central mandate of the high-level panel and there are several court cases that support its views.

In 2010 the Supreme Court of Appeal noted that while the hunting of captive-origin lions is not technically illegal, larger enclosures and longer adaptation time for captive-bred lions did not change the fact that these lions had neither mental nor physical instincts for self-preservation that would result in “fair chase”.

In a case between the NSPCA and the Minister of Justice in 2016, the court ruled that “showing respect and concern for individual animals reinforces broader environmental protection efforts. Animal welfare and animal conservation together reflect two intertwined values”.

In a case between WWF South Africa and the Minister of Agriculture in September 2018, the court argued that the need to use living resources “to achieve economic growth, human resource development, capacity building” and employment creation cannot be reconciled with allowing an already endangered resource to be further depleted.

In 2018 the High Court ruled that the 2017 and 2018 annual export lion skeleton quotas were illegal because they ignored welfare. That judgment referenced the High Court’s previous finding that canned hunting of lions was abhorrent and repulsive due to the animals’ suffering.

It is not clear whether the advisory committee will be guided by these findings and Parliament’s conclusions, or bury the issue in endless debate or simply rubber stamp the status quo.

The overarching concern, say the NGOs, is that this advisory panel runs the risk of being institutionally biased.

“A candidate with vested interests in the continuation of captive predator breeding or captive-origin lion hunting, for instance, appears unlikely to uphold the parliamentary resolution to put an end to these practices.

“Similarly, those with a vested interest in trading in rhino horn or ivory or trophy hunting may unduly influence the deliberations of the panel to secure an outcome on which their direct and/or future revenue depends.

“Given the urgent nature of the matters to be reviewed, the qualifications, skills, commitment to the Constitution and freedom from institutional bias among this panel should be beyond reproach. Our analysis indicates that this may not have been achieved,” say the NGOs. DM

Don Pinnock is an author and independent freelance journalist who writes what he likes. His freelance writing is part-funded by the  Conservation Action Trust.

The panel members are: