Nomvula Mokonyane: Yet another premier’s denial of R1.3bn for Alexandra Renewal Project 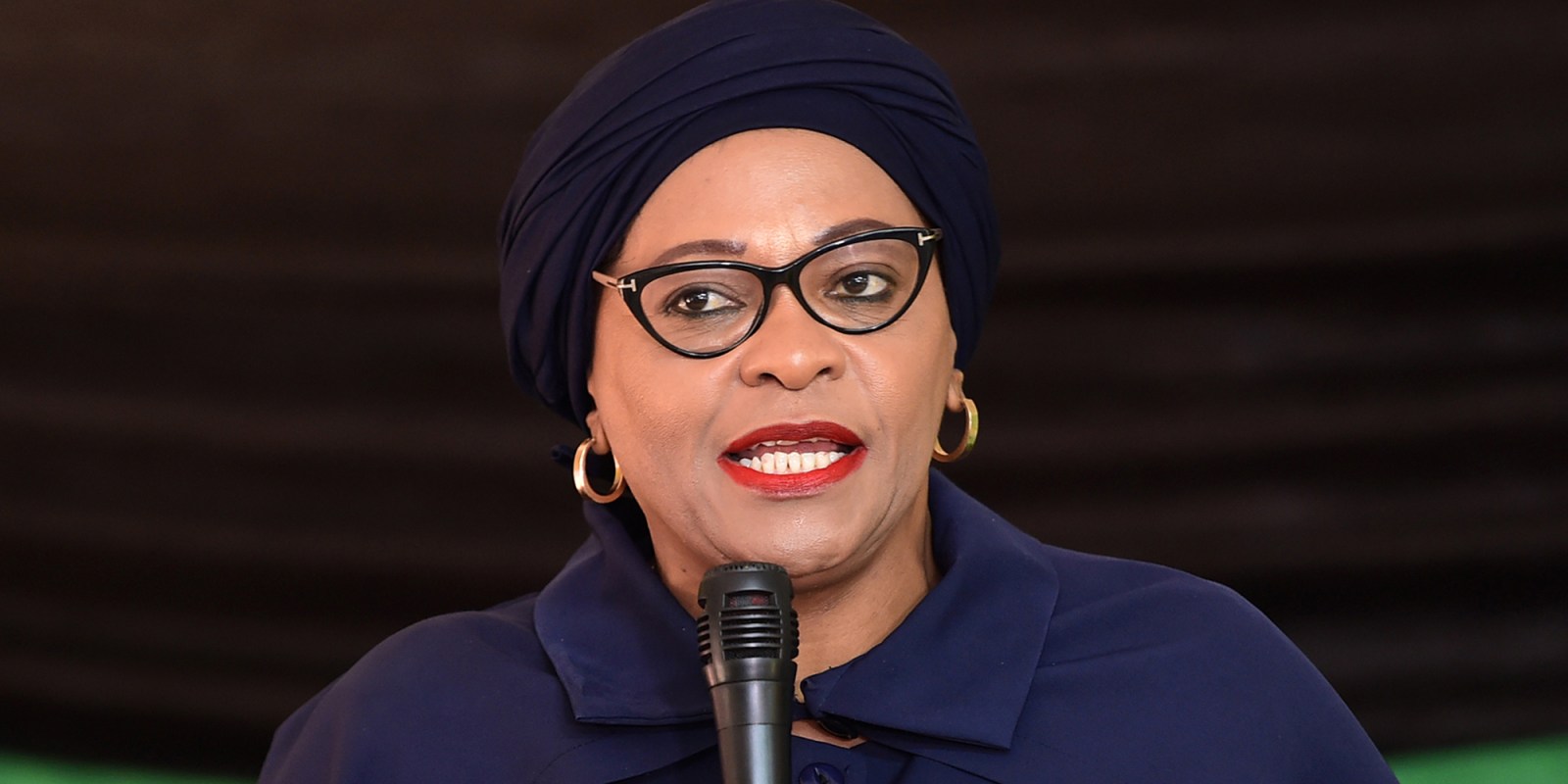 Former Gauteng housing MEC and premier Nomvula Mokonyane has parried allegations that she might have anything to do with the controversial R1.3bn meant for the Alexandra Renewal Project. She denied that any money had been allocated to the project.

Former Gauteng housing MEC and premier Nomvula Mokonyane has denied that the Alexandra Renewal Project failed during her tenure and maintained that there was never an allocation of R1.3-billion for the project.

“This was an estimate that came through a business plan that was developed for the implementation for the Alexandra renewal,” said Mokonyane.

The inquiry was set up to investigate social and economic conditions in Alexandra, their impact on fundamental human rights and whether this amounted to maladministration, abuse of power, corruption or improper conduct.

Mokonyane admitted that the project had been undertaken during her tenure as Gauteng Human Settlements MEC between 2004 and 2009, but denied that her government had squandered R1.3-billion.

She maintained that during her tenure the ARP had been a great success. RDP houses had been built, homeless people and those in congested spaces had been relocated, and a magistrate’s court, police station and other infrastructure had been built.

“Alexandra saw many developments during my tenure,” said Mokonyane.

The Human Science Research Council’s 2003 review, which assessed the project’s first two years, said the renewal project was intended to redevelop and rehabilitate the most pressing and critical service delivery gaps in the township. In this sense reviewing its activities must be seen as critical to understanding the initial impact of government service delivery as well as how this can be better measured in the future, the review report said.

The report said that the Alexandra Renewal Project was born out of a 2000 Business Plan led by the Gauteng Department of Housing and implemented with inputs from various stakeholders including national, provincial and local government, the greater Alexandra community, non-government organisations, the private sector and community-based organisations.

The estimated budget for the Alexandra Renewal Project was R1.3-billion over a seven-year period.

Mokonyane noted that before the start of the project, Alexandra’s population stood at more than 350,000 with about 4,060 housing units. She said her government had done a lot considering the budgetary challenges which forced them to prioritise.

Mokonyane said during the rollout the project officials faced a number of challenges including land procurement and non-co-operation as some people objected to being relocated to Bram Fischerville and Diepsloot.

“Access to land in Alexandra was also a challenge and there was more demand on RDP houses and rental units,” said Mokonyane.

“Land procurement and scarcity of land created a lot of problems which were compounded by the issue of documented and non-documented property owners.”

Echoing the words of Johannesburg City Manager Ndivhoniswani Lukhwareni, Mokonyane said she acknowledged that a lot more could have been done, but she still believed she got the job done.

“We managed to deliver,” she said.

However, fed up with living conditions in the area, Alexandra residents took to the streets earlier in 2019 and demanded proper housing and the removal of illegal structures, of which some, they said, were being occupied and sold by foreign nationals.

The township erupted after conditions remained the same after the 9 May national election, despite many pre-election promises. During the strike, many Alexandra residents said they had been duped into voting — and once they had voted, officials forgot about them and only remembered when evictions were due.

Residents spoke as Red Ants carried out evictions on homes built at the edge of the Jukskei River. Johannesburg Mayor Herman Mashaba, who vacates his seat at the end of November 2019, promised to rebuild the demolished houses, but political differences put paid to this undertaking.

After the City of Johannesburg made submissions before the Alex inquiry earlier in 2019, the submissions by Mokonyane, Paul Mashatile and Mbazima Shilowa — who all denied knowledge of the R1.3-billion, will further deepen the mystery of the missing money. DM