Agriculture could be Zimbabwe’s way out of the dark 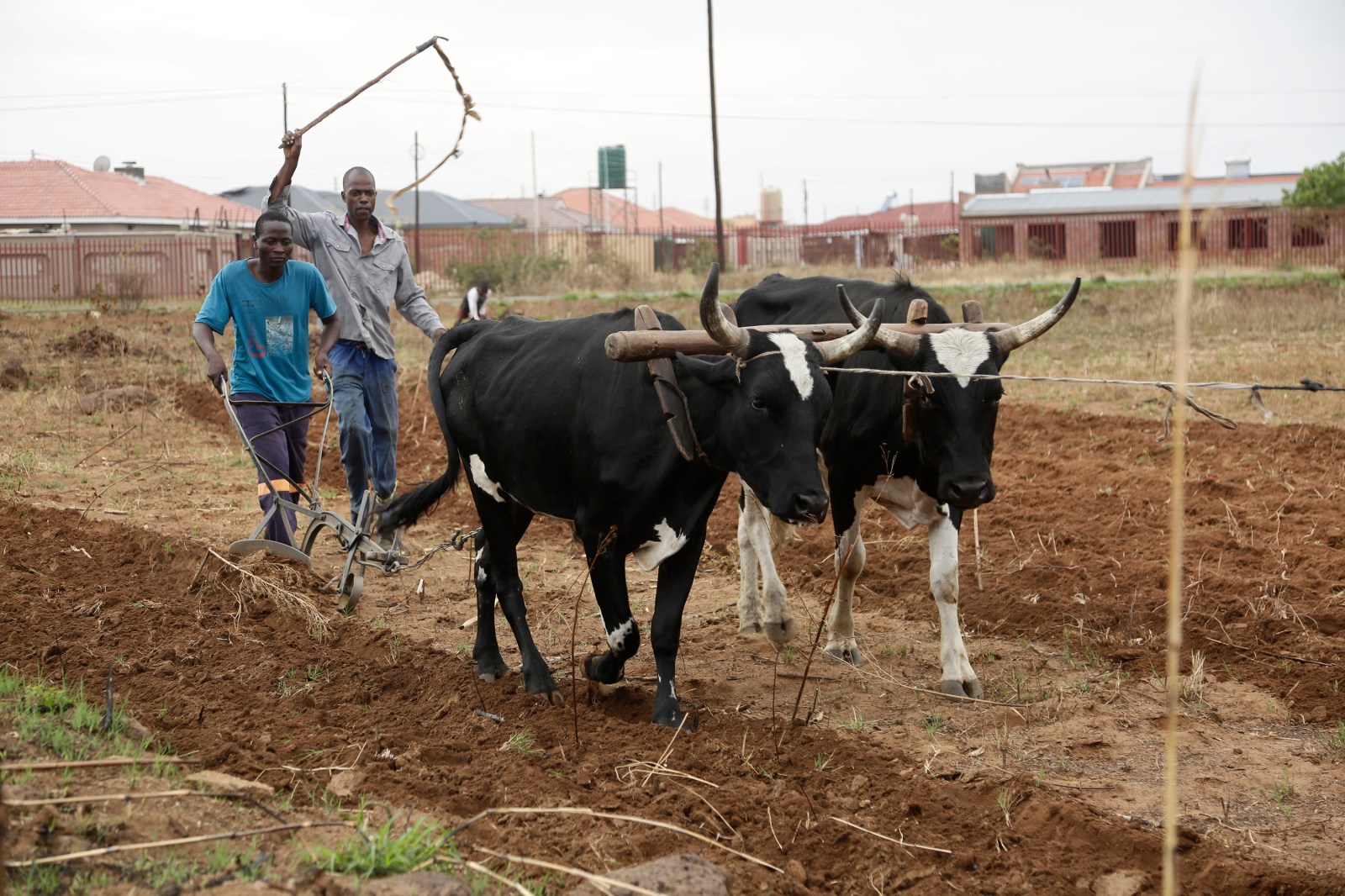 A family uses cattle to farm in Chishawasha, Zimbabwe, 19 November 2019. The maize cropping season has started after rains that fell in most parts of the country over the last few days. EPA-EFE/AARON UFUMELI

As the food crisis in Zimbabwe worsens, better management of under-utilised land and water resources could turn things around. By Lily Welborn for ISS TODAY

In a deteriorating political and economic climate, there is one sector Zimbabwe can look to for hope: agriculture. However, for agriculture to pull Zimbabwe out of the dark, the government needs to better harness the potential of the country’s land and water resources.

A recent report by the African Futures and Innovation programme at the Institute for Security Studies used the International Futures forecasting system to investigate Zimbabwe’s long-term development prospects across a range of sectors. These include economics, demographics, climate and infrastructure. It found that Zimbabwe has unrealised agricultural potential that, if carefully managed, could offer a practical path to making Zimbabweans more food secure and help improve livelihoods.

In 2012, Zimbabwean scientists updated the five agro-ecological zones, termed Natural Regions, that have guided agricultural activity in the country since they were first mapped in 1960. They discovered that, though climate change and variability have generally led to warmer and dryer conditions, much of the country’s land remains suitable for crop cultivation.

Unexpectedly, the area of land best suited for cash crops like coffee, tea and potatoes more than doubled to cover 4% of the country. Known as Natural Region 1, this high-yielding land is located in the Manicaland province along Zimbabwe’s far eastern border with Mozambique. Here, specialised and diversified cropping operations enjoy the best soil and rain conditions in the country.

Meanwhile, the slightly less fertile Natural Regions 2 and 3 – where mostly smallholder farmers produce staple crops such as maize, wheat and soybeans – have shrunk, but still cover roughly a quarter of the country’s total land area. These regions sweep across central and north-eastern Zimbabwe, covering parts of the Masvingo, Midlands and Mashonaland East, Central and West provinces.

Finally, in Natural Regions 4 and 5, the arid climate renders any agricultural endeavour other than the cultivation of the most drought-resistant crops (i.e. sorghum and millet) and livestock production difficult. Concerningly, these barren zones grew to cover the entire south-western half of the country and a significant portion of the north and north-east.

Water is a greater constraint on agriculture in Zimbabwe than land; there is far more land with soil suitable for irrigation than there is water to irrigate it sustainably. However, Zimbabwe is under-utilising the scarce water resources it does have.

Presently only about 5% of Zimbabwe’s crop land is equipped for irrigation, and it is likely that less than half of that is actually irrigated owing to decades of misuse or neglect. A 2015 Food and Agriculture Organisation report estimated that Zimbabwe has enough renewable internal water to potentially double the area of land under irrigation sustainably – without drawing from the Limpopo or Zambezi rivers.

There are a few strategies the government can pursue to better harness the potential of its land and water resources. First, expanding irrigation in Natural Regions 2 and 3 is critical to protecting smallholder farmers from the worst impacts of drought and to boost rural livelihoods. Despite decades of declining productivity, most Zimbabweans rely on subsistence farming for their primary source of income.

Outside of Natural Region 1, most crops are rainfed, making it highly difficult, if not impossible, for farmers to keep their crops alive during the dry season. The impacts are grave: 3.58 million Zimbabweans, representing nearly a quarter of the entire population, are currently estimated to be facing severe acute food insecurity.

This first requires that the Ministry of Environment, Water and Climate and the Ministry of Agriculture, Mechanisation and Irrigation Development and their respective departments prioritise rehabilitating existing irrigation schemes.

The ailing dam management systems responsible for their decline also need to be reformed. An exploration of the economic feasibility of irrigating more land, within the constraints of Zimbabwe’s available internal renewable water resources, should follow.

Second, the government should make land legally transferable (i.e. tradable). Farmers’ inability to use their land as collateral for loans, and banks’ uncertainty about whether they can seize land without prior approval from the government, has proved a formidable and enduring obstacle to agricultural productivity. Transferability of land would unlock investment and productivity in the commercial sector and enable farmers to cultivate arable land that is lying idle.

These are challenging tasks for a state struggling to navigate manifold political and economic problems. And none of this can be achieved without a level of political stability and accountability. But, against a worsening food crisis, sustainably making use of Zimbabwe’s under-utilised land and water resources to improve agricultural productivity is necessary. DM

Lily Welborn is a researcher at African Futures and Innovation, ISS, Pretoria.