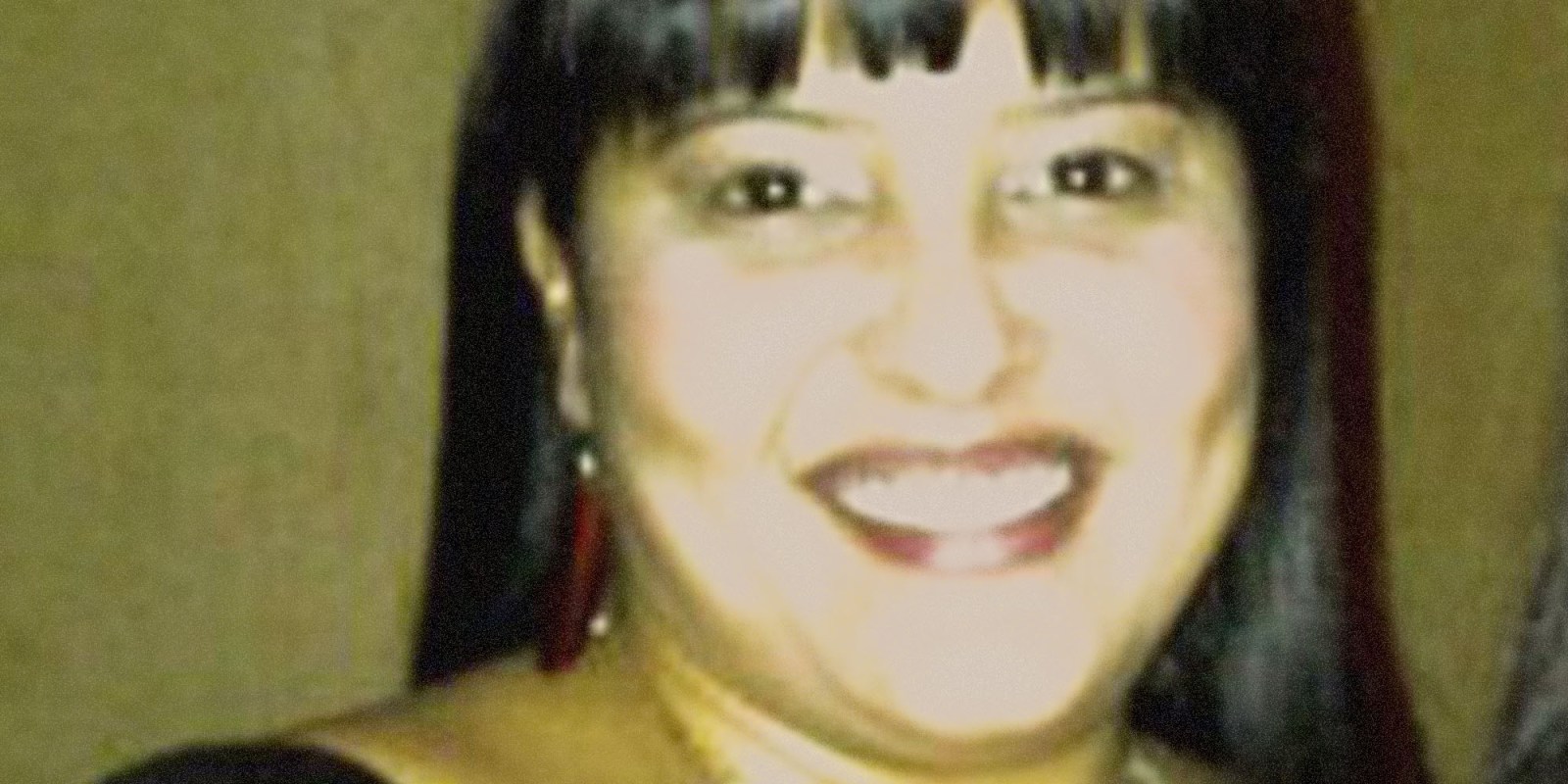 Kim Davids, private secretary to former public enterprises minister Lynne Brown, resigned in the wake of revelations about a Dubai hotel stay courtesy of the Guptas. Despite legal opinion advising against it, the department sent her packing with a handsome payout. Now, two years later, it wants its money back.

The Department of Public Enterprises has instructed its legal unit to immediately investigate criminal or civil liability on the part of those involved and to recover the money.

Davids bailed from the civil service in 2017 when the #Guptaleaks exposed her 2015 stay at the Oberoi Hotel in Dubai, a trip arranged by Gupta kingpin at the time, Salim Essa.

But she pulled a crafty move by first resigning and then threatening to sue the Department of Public Enterprises for constructive dismissal and 12 months’ pay. 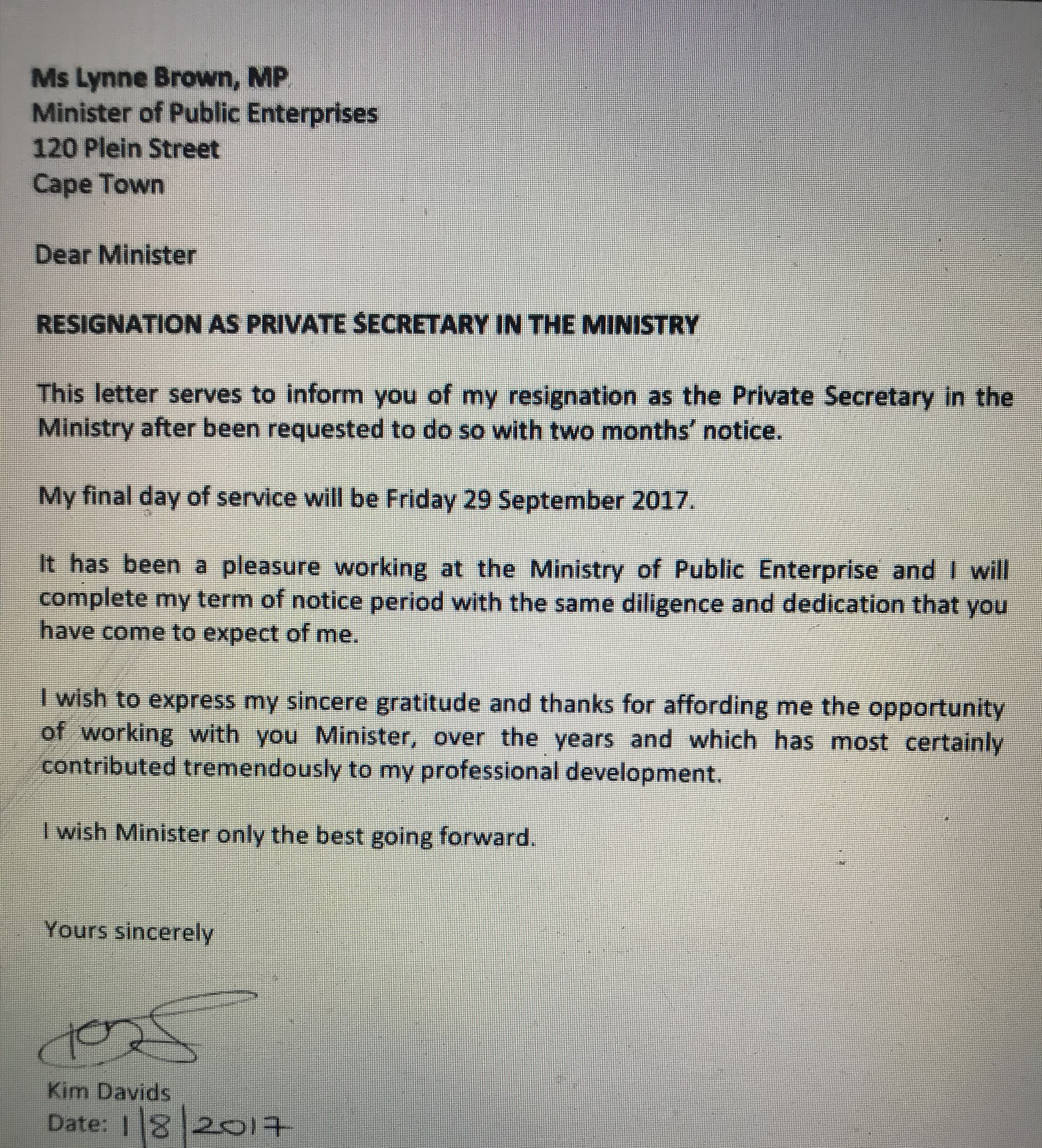 Allegedly going against external legal advice, former director-general Richard Seleke, who is also implicated in the #Guptaleaks, inked the paperwork that resulted in the money, less tax, to be paid to Davids days after Christmas 2017.

Daily Maverick can reveal how the department, then with Brown still at the helm, blundered spectacularly when it failed to investigate the claims concerning Davids’ festive season stay in Dubai.

Davids claims Brown had asked her to resign to protect the reputation of the department, but indications are that the resignation served to circumvent disciplinary action.

The Public Service Commission found that the settlement was done in the absence of any formal dispute lodged by Davids, with the department relying only on a letter of demand and claims by her of an alleged oral agreement she had struck with Brown for a payout.

Davids, who claimed to have had witnesses for Brown’s alleged settlement offer, did not respond to questions from Daily Maverick.

Documents show how the department initially intended pushing the deal through as an ex gratia payment, but switched to labelling it a contingent liability upon realising it would need Parliament to approve a goodwill payment due to the amount involved.

Significantly, on 18 December 2017, the day the department notified her lawyers that it would settle the matter as a “contingent liability”, it was in fact in possession of independent legal opinion – commissioned by the state attorney’s office – clearly warning against entering into the settlement deal with Davids.

The conclusion of that legal opinion included:

The legal opinion further noted that, should Davids decide to sue the department, it could, as part of its defence, argue that the conclusion of the settlement deal was “seriously tainted by irregularity” and accordingly void and unenforceable.

The prospect of Davids suing, even back then, is questionable in view of how deeply she was entangled in the State Capture scandal.

The #Guptaleaks and DPE server material unearthed during a subsequent investigation by Fundudzi Forensic Services exposed her hand in disseminating names for various state-owned company boards.

Fundudzi found that Davids allegedly colluded with those managing the Gupta email account, [email protected], to facilitate the appointment of various individuals to parastatal boards, including Denel.

A search of her official email account showed that Davids would, at times, forward confidential documents to her personal ANC email account before it ended up with a recipient at [email protected] – this email address has definitively been linked to the Guptas.

Davids resigned 24 hours before the publication of this article by Amabhungane.

At the time, she claimed to have personally funded the cost of her stay at the Oberoi but the #Guptaleaks suggest this was implausible.

This is because Davids claimed to have taken ill while on holiday in Portugal and that her hotel stay during transit in Dubai was necessitated as a result of a newly discovered pregnancy.

Yet the leaks showed the accommodation was arranged in advance through the Guptas.

Oops, it nearly slipped through the cracks

Public Enterprises last week conceded that it has had to dust off the Davids file upon receiving inquiries from Daily Maverick about progress in its recovery efforts.

Delays in finalising recovery of this cash were, in part, as a result of the multitude of forensic investigations at state-owned companies including Transnet, Denel, Alexkor, Eskom and Safcol, acting DG Kgathatso Tlhakudi said.

“The sheer magnitude of the clean-up requires more hands-on deck than the department has and, added to that, DPE had lost a dedicated resource who had been commissioned to drive some of the cases to finalisation.”

The department’s legal unit has now been tasked with immediately exploring options to recover the money.

While the settlement with Davids went through back in December 2017, the Public Service Commission, at the request of DPE, investigated the validity of the deal only after mid-2018 once a new team arrived under current minister Pravin Gordhan.

The PSC found that Seleke had irregularly inked the deal that led to payment to Davids and since he no longer works for the government, it recommended the department enlist the help of the chief state law adviser to help with recovering the money from either him and or Davids.

“The Department failed to follow proper procedure in dealing with the allegations levelled against Ms Davids.”

It ought to have investigated the allegations, and based on the outcome, should have subjected her to a disciplinary hearing.

The November 2018 report also states that Davids would have had a slim chance of success in her claim for constructive dismissal as her initial resignation letter was full of praise for Brown, then her immediate boss and, there was was no hint that it was an “untimely, forceful removal” as she had claimed three weeks later.

Seleke, who has previously denied being a Gupta ally while in government, described the allegations about his involvement in the Davids settlement deal as “unfounded and untrue”. In a letter from his attorneys, Seleke threatened Daily Maverick with legal action and said he has no knowledge of the Public Service Commission investigation and would be writing to both the PSC and the department to request a copy of the report.

While Davids may be considered a low-level culprit against some of the big-name government officials and executives thus far implicated, her fingerprints are all over questionable leaks that floated between her official email address, her ANC email address and the controversial Gupta-linked email address.

Public Enterprises had also extended an earlier forensic investigation by Fundudzi Forensic Services to specifically examine the role Davids and other staff allegedly played in the capture of the department and state-owned companies.

This report makes staggering findings in respect of Davids, including her questionable appointment as a full-time staffer in July 2016 by Seleke.

She had previously worked on a fixed-term contract, one usually attached to the minister’s term of office.

This report flagged multiple instances of emails floating between Davids and the Gupta-linked one and included Brown’s 2015 budget vote speech and in one case, documents relating to government’s war room responses to the electricity crisis which, while not containing a recipient email address, elicited a response from the Gupta email address suggesting changes.

The forensic report, provided to the department five months ago, suggests Davids be subpoenaed to appear at the State Capture inquiry and for the Hawks to be called to investigate whether she had received any gratification in violation of anti-corruption laws.

The Zondo Commission into State Capture did not respond to questions about whether Davids has been served with a notice that she is implicated or a subpoena to appear before Deputy Chief Justice Raymond Zondo. DM