Right to protest is most often met with threats and violence 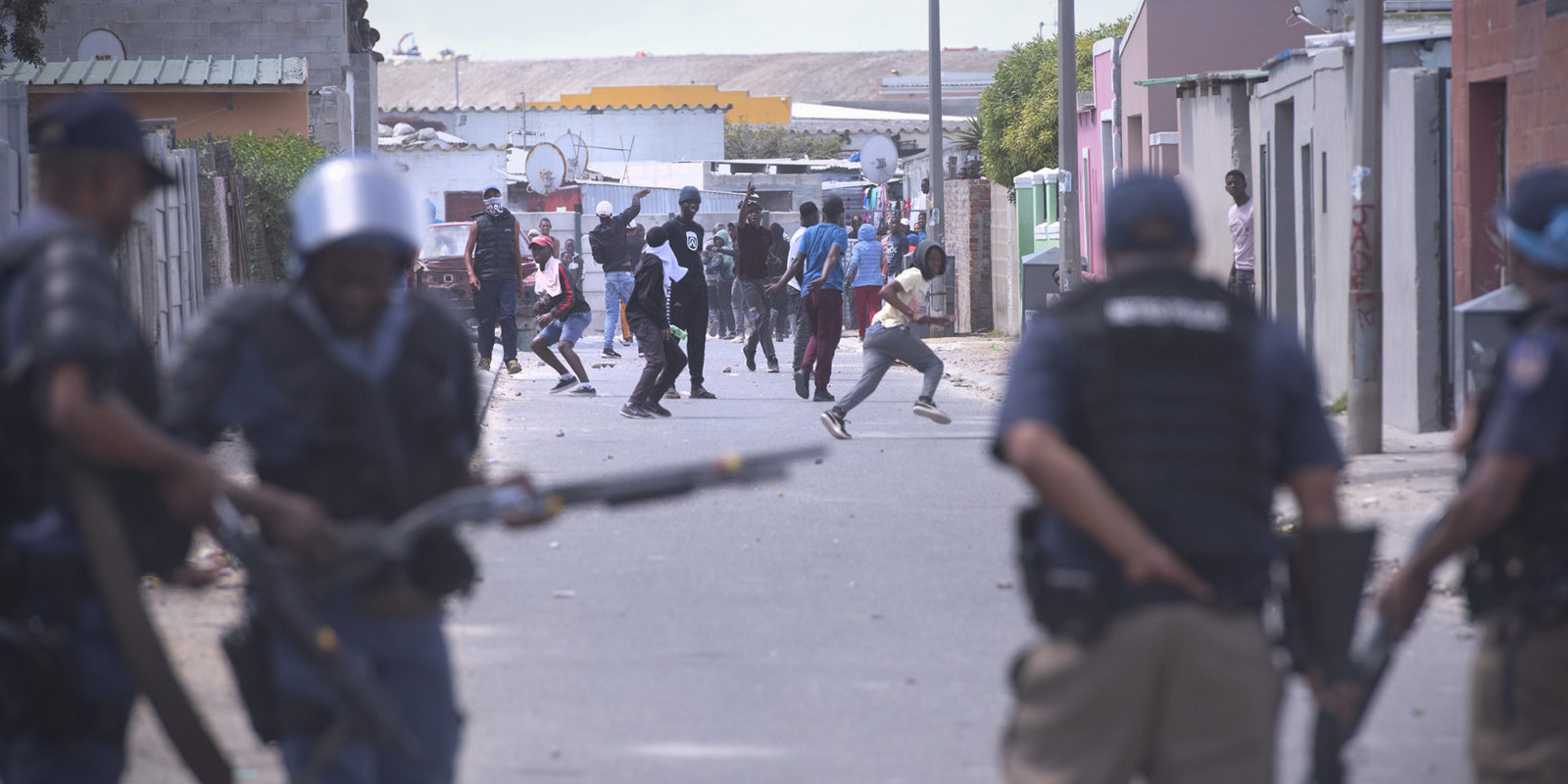 In protest, civil society defies the state’s limited view on the right to protest.

A century ago, in 1919, Max Weber argued that the state is the only organisation that has the exclusive right to use, threaten or authorise physical force. Since a global consensus has emerged that only states have a legitimate monopoly on violence.

A lot, however, turns on the word “legitimate”. Questions of legitimacy should always precede, and certainly, follow any use of force by the state. Recently, most modern democracies have witnessed an increase in protest action and mass mobilisations against increasing levels of inequality, uncertainty, discriminatory, unjust and unresponsive politics and inaction in the face of climate breakdown. Many of these protests have been stifled by the state or have been met with state-sanctioned suppression, criminalisation and violence. Given the global consensus on the right to freedom of assembly, the question has to be asked whether the response from states to protest actions have been and are legitimate.

During apartheid, the Intimidation Act, the National Key Points Act, the doctrine of common purpose, the Riotous Assemblies Act, the Suppression of Communism Act, the Internal Security Act, the Regulation of Gatherings Act (RGA) and other draconian pieces of legislation all allowed the state to police black bodies and opposition to apartheid – a crime against humanity. The apartheid government’s criminalisation of protest, its use of police brutality, powers of arrest and prosecution of activists and protesters were the backbone of the apartheid government’s suppression of swart gevaar.

After more than 25 years of our democracy, many of these pieces of legislation are still used as tools by our current government to put a chilling effect on the right to protest. It often falls on civil society organisations, with little resources, to fight these unjust and unconstitutional pieces of legislation that the South African Police Service (SAPS), and the state in general, uses to curb the right to protest. These laws should have no place in a free, open and democratic South Africa which respects, protects, promotes and fulfils the right to freedom of expression.

SAPS and other state institutions often misuse and manipulate the law and criminal justice system to curb protest and to suppress peaceful gatherings. SAPS often use various tactics such as arresting protesters for minor and unfounded charges such as trespassing and contravening by-laws (which can never supersede the right to freedom of assembly).

Peaceful protests are erroneously labelled as “illegal” by SAPS and other organs of state, even if protesters have met the requirements of the RGA. These negative labels attributed to protests inform the response from law enforcement bodies to them. These responses often undermine democratic principles, are often heavy-handed, violent and sometimes lethal. SAPS usually targets the conveners and leaders of the protest and in doing so detract from the legitimate concerns, demands and frustrations being raised by the protesters.

In just the last two years, two Constitutional Court judgments have revealed the disregard of the state in defending freedom of assembly and freedom of expression and its willingness to use apartheid-era legislation to stifle the right to protest.

In just the last two years the Constitutional Court declared two laws, that criminalise protest or have a chilling effect on the right to protest, unconstitutional.

The first case was Mlungwana and Others v S and Another (the SJC10 judgment). On 11 September 2013, members of the Social Justice Coalition (SJC) held a protest outside the Cape Town Civic Centre to demand safe and dignified sanitation services for residents of informal settlements across Cape Town. The protest was peaceful and unarmed. No notice had been given to the relevant municipal authority that such a gathering would take place. Based on this failure to give notice SAPS arrested and criminally charged the members of the SJC (identified as the conveners) for contravening section 12(1)(a) of the Regulation of Gatherings Act.

On 19 November 2018, five years later, the Constitutional Court declared section 12(1)(a) of the RGA unconstitutional.

The second case was Moyo and Another v Minister of Police and Others; Sonti and Another v Minister of Police and Others. Moyo’s organisation had sought to obtain “permission” (a continued mischaracterisation of what the RGA requires) to march to the Ekurhuleni Metropolitan Police Department (EMPD). Moyo further requested a meeting with the EMPD, in terms of the RGA. The meeting instead was held at the Primrose Police Station where “permission” for the march was denied in part by the same state organ the planned protest was to be directed at. Members of certain political parties were also present at the meeting for no justifiable reason. Unsurprisingly Moyo was frustrated and voiced his frustration at those present. A complaint was laid against Moyo on 18 October 2012 by the station commander of Primrose Police Station and one of her senior officers following Moyo’s outburst.

Moyo alleged that the charges where simply a device to further frustrate the legitimate right to protest against and criticise biased policing policies. SAPS used section 1(1)(b) of the Intimidation Act 72 of 1982 to charge Mr Moyo.

On 2 October 2018 the Constitutional Court declared section 1(1)(b) of the Intimidation Act unconstitutional.

These two judgments are important victories for the right to protest and the right to freedom of expression. Unfortunately, both judgments were heard in the Constitutional Court only after years of litigation. That the state would take the fight in these cases all the way to the Constitutional Court revealed a want to continue criminalising peaceful protesters and silencing those that dared challenge the state’s regressive position in relation to freedom of assembly.

In other countries, other governments also continue to use similar tactics to stifle protest or assemblies. A case in point is the recent police ban on any Extinction Rebellion protests anywhere in London. This ban invoked the spirit of the pre-apartheid, colonial-era South African Riotous Assemblies and Criminal Law Act, as amended in 1930, which allowed the state to ban individuals from any area for a specified period.

The Extinction Rebellion ban was subsequently challenged and overturned. The High Court found in favour of Extinction Rebellion. It found that the police had no power to impose the ban after a careful interpretation of the legal framework of the right to assembly.

There is something truly horrific about state-sanctioned suppression of, and use of physical force and violence against peaceful protests. Whether the state is assaulting activists during an anti-gender based violence protest in Cape Town or whether it is killing 11 protesters in Santiago, Chile, these actions impact on near all of the fundamental rights we hold. Our silencing, our erasure shakes us to the core.

To be met with implicit and explicit threats of, and actual violence, when fighting for justice and equality erodes the hope that activists have that a better society and world is possible.

The reality is that for the most part activists all around the world are not trying to undermine just and democratic government institutions. We are trying to build, we are trying to call out and draw attention to various ways injustices take place and we are actively trying to build a better society. When the state sees freedom of assembly as something that requires policing they create volatility in protest spaces that simply further the distance between government institutions and those they are meant to serve. This distance does nothing more than stifling our ability to collectively address the challenges we are confronting. DM

Justin Jaftha and Khadija Bawa are researchers at the Social Justice Coalition.