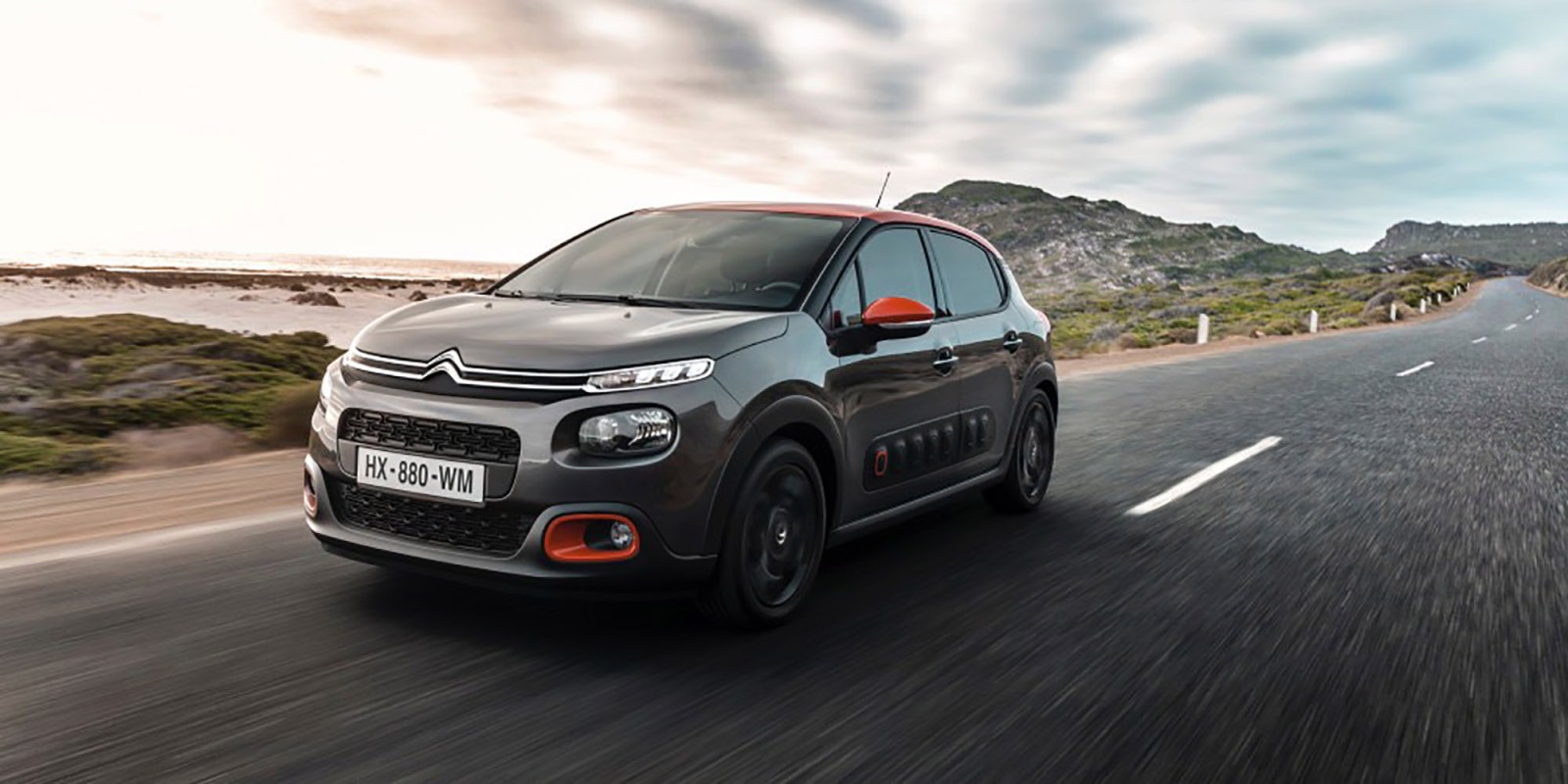 Known for its quirky designs and innovative products, in 2016 Citroën left South African shores due to slow sales. The year was a torrid one for the local car industry, with sales dropping 11.4% compared to 2015. But not so for all manufacturers – the Toyota Hilux topped the charts that year with sales of 35,428 followed closely by the Ford Ranger, with 32,468 units sold. Citroën only managed to sell a paltry 500 units, despite the funky C4 Cactus being a finalist in the 2016 SA Car of the Year competition.

For many of us in the motoring media it was tragic to see a brand depart that had once been a top innovator in the world of motoring.

Established in 1919, just a year after the end of World War 1, the Citroën automobile company was founded by Andre Citroën, one of the true geniuses of motoring.

After losing his father to suicide when he was just six years old, as a child Citroën was inspired by the adventures of Jules Verne and after seeing the Eiffel Tower erected for the World Exhibition in 1889, at the age of 11, he decided he wanted to become an engineer.

After completing his engineering degree in 1900, inspired by Henry Ford and his highly productive assembly line heralding mass production, Andre Citroën visited Ford a number of times in the US. The first vehicle off the Citroën assembly line was the Type A, a tribute to Ford’s revolutionary Model T.

The Type A had a four-cylinder engine with a top speed of 65km/h. Although it had its limitations – brakes were operated by hand and limited to the rear wheels – it was a beautiful machine, opening up a whole new world of freedom and mobility for a war-torn France.

Not only was Citroën a brilliant engineer, he was also a trailblazer in marketing, hiring pilots to write the name “Citroën” in the sky at the opening of the seventh Paris Motor Show, in 1922. Between 1925 and 1934, using 250,000 light bulbs and 600km of wiring, a 30m high word spelling out “Citroën” on the Eiffel Tower lit up the Paris skyline.

Citroën realised the power of the customer and was one of the first manufacturers to arrange financing and allow potential buyers to test-drive the vehicle.

By the early 1930s, Citroën had become the fourth largest automobile manufacturer in the world. But it was the 1934 Traction Avant, the first mass-produced, steel-bodied passenger car with front-wheel drive, that became the Corolla for Citroën. In its 23-year run, more than 750,000 units were built, in coupé, hatchback and convertible derivatives.

Tragically, Andre Citroën did not live to see the full fruits of his genius. Rumoured to be a compulsive gambler, by 1935 his company was deep in debt, despite being the leading car manufacturer in Europe and number two in the world. Its main creditor was the Michelin Tire Company, which on the government’s request, took Citroën over. A few months after the take-over Andre Citroën died of stomach cancer. By the following year Michelin had begun to turn things around.

However, from 1939 to 1945 World War 2 played havoc with production after the Citroën Javel factory was bombed in 1942, which caused annual production of Citroën vehicles to plummet from 100,000 vehicles to barely 9,000.

Post-war Citroën thrived and by 1948 France’s beloved 2CV 2 (the Toute Petite Voiture or “very small car”), was finally unveiled to the public at the Paris Motor Show, where it wowed the world with its novel looks. (Its name was based on the French phrase deux chevaux literally meaning “two horses” because the 2CV had only two cylinders.)

By 1990, more than five million 2CVs had found owners.

In 1960, the first model of the DS, the DS 19 Cabriolet, was launched at the Paris Motor Show. (DS was a play on the French word déesse, meaning goddess.) The heavenly show-stopper, which heralded the concept of customisation, came in 13 bodywork colours and 11 shades for the leather trim and upholstery.

In 1962 the DS “saved” the life of French president General Charles de Gaulle after an attempted assassination outside Paris. Despite the bodywork and tyres being riddled with bullets, the presidential DS managed to safely deliver De Gaulle to a nearby hospital. By 1969, one million DSs had been sold.

My interest in the French brand was acutely tweaked after attending the much anticipated relaunch of Citroën in SA in mid-October where a number of classics were on display. The event was primarily a celebration of the launch of three brand-new Citroën models in South Africa: the hatchback C3, the C3 Aircross and the C5 Aircross. Citroen is clearly targeting a SUV and crossover-keen local market with the Aircrosses. I didn’t manage to spend enough time in any of the three models to give an in-depth drive review but here’s an overview of the iconic French manufacturer’s three new kids.

Based on the nippy Peugeot 308 and inspired by the quirky C4 Cactus, the C3 is a B-segment hatchback playing in the same field as the Renault Clio, VW Polo and Ford Fiesta.

Powered by parent company Peugeot’s 1.2-litre three-cylinder petrol engine, there are two variants on offer. First up is the entry-level 1.2 Feel – a five-speed manual with 60kW and 118Nm of torque. I’m more of a fan of the turbo-charged 1.2T Shine model with its six-speed auto gearbox offering 81kW and 205Nm. While both are well specced for the segment, including cruise control, a funky 17.8cm touchscreen infotainment system with Apple CarPlay and Android Auto, six airbags and ESP stability control, the Shine adds rear park assist, rear electric windows, and 17-inch alloy wheels as well as “airbumps” on the doors.

The C3 Aircross is the crossover version of the C3 with added length and height and has impressive boot space capacity – 410 litres as opposed to the C3’s 300 litres.

There is only one engine option available – a six-speed auto, 1.2-litre three-cylinder turbo engine, offering 81kW and 205Nm and like its younger sibling, customers have the option of the Feel and Shine models.

If you’re looking for a bit more space but keeping with a hatchback feel, the C3 Aircross is a good alternative. While it shares the same 17.8cm touchscreen infotainment system as the C3, the Shine model also adds satnav, a sliding rear seat, an electrochromatic rearview mirror and a rain sensor. Both the Feel and Shine have 16-inch alloys as standard, but the Shine can be fitted with 17-inch rims as an option.

While I believe the SA market is going to be drawn to the hatchback C3 and crossover C3 Aircross, the C5 Aircross is going to have a much more challenging time luring C-segment SUV customers who are loyal to the likes of the Kia Sportage and Toyota Rav4. However, despite only having a 40km drive in the C5, I was immediately impressed by its suspension system – Citroën has trademarked it as “Progressive Hydraulic Cushions” – which offer hydraulic buffers at the front and back to all but eliminate suspension bounce.

I got to test it on some mean gravel dirt roads and was very aware of how smooth the drive was. Road noise is also noticeably all but silent due to some effective soundproofing and insulation. The drive is solid and energetic in this 1.6-litre, four-cylinder turbopetrol yielding 121kW and 240Nm. The tech and standard features are impressive, with a 20.3cm touchscreen infotainment system offering Apple CarPlay and Android Auto; there’s a digital instrument cluster, dual-zone climate control, very funky ambient lighting, rear parking sensors, six airbags, ESP and sexy 18-inch alloy wheels.

If anyone’s got a spare DS lying around, please drop me a message.

All Citroën models are sold with a five-year/100,000km service plan and warranty. DM