Coalition Days: City of Joburg up for grabs 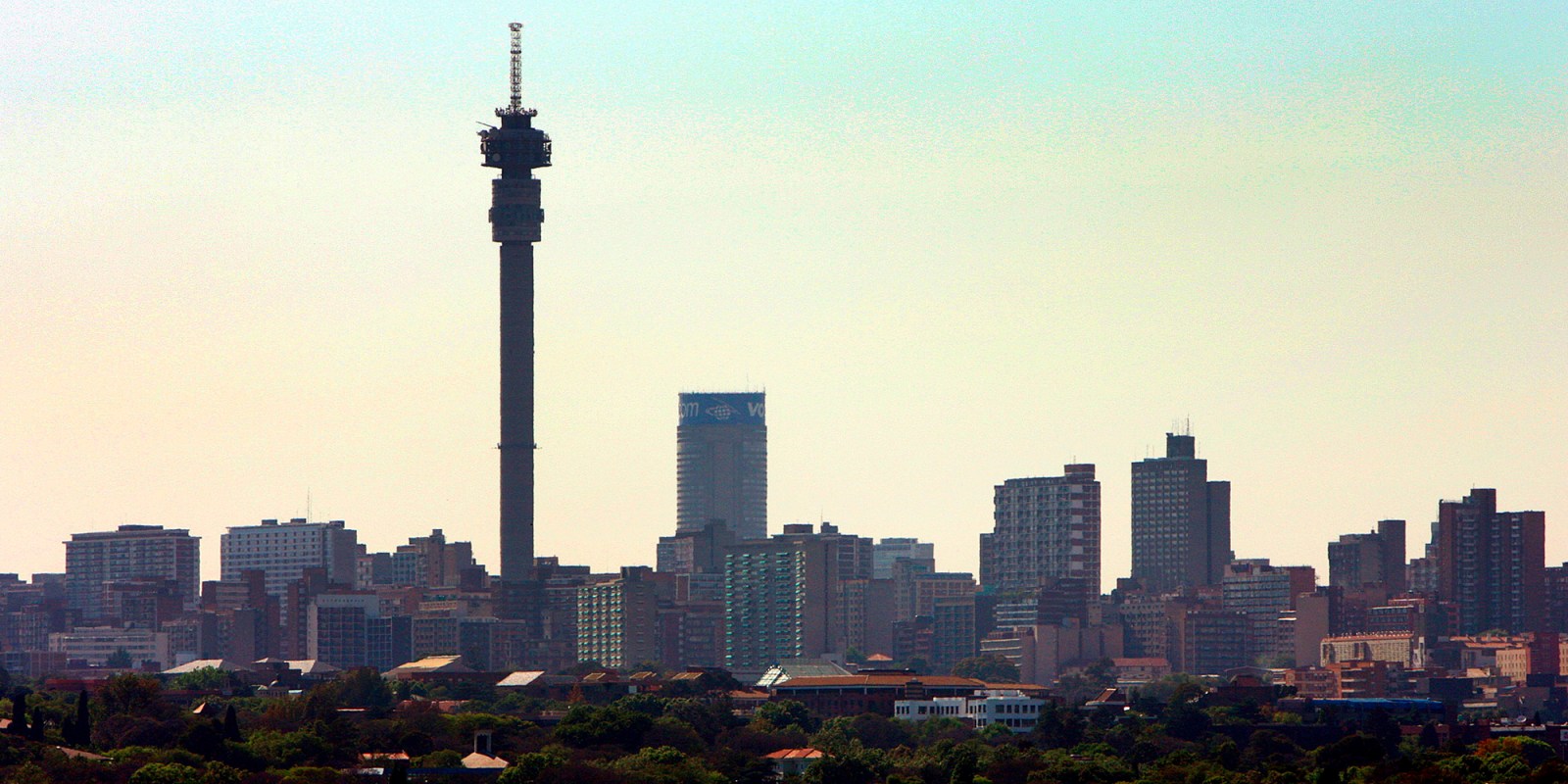 While the ANC is rallying support to govern the City of Johannesburg, the DA could face an uphill battle to keep the mayoral chains following the resignations of prominent leaders and complaints about its approach to coalitions.

Herman Mashaba can be an abrasive leader but the businessman-turned-politician was also gracious. During key announcements, the outgoing mayor of Johannesburg was always careful to thank the DA’s coalition partners and the EFF, which votes with the coalition on an issue-by-issue basis.

While Mashaba emphasised consultation and inclusivity, the DA has been accused of failing to do the same, which may make its coalition partners open to supporting the ANC’s bid to take Johannesburg after the mayor’s recent resignation.

“As far as the negotiations have been going, we don’t think there’ll be a problem with us winning,” said ANC Johannesburg spokesperson Jolidee Matongo, who has expressed similar confidence on failed no-confidence motions against Mashaba.

The ANC already has support in the city council from Al Jama-ah and the African Independent Congress (AIC) and has approached the Congress of the People (Cope), Inkatha Freedom Party (IFP), Patriotic Alliance (PA), and United Democratic Movement (UDM).

Matongo claimed Cope and the PA had offered its provisional support to the ANC. Cope, which is currently part of the DA’s coalition, said it was still deciding who it would support.

UDM leader Bantu Holomisa said the party had not yet been approached, but Matongo said the ANC was speaking directly to the UDM’s councillor in the city. Daily Maverick was not able to get comment from the PA.

Matongo said the ANC’s national office was handling negotiations with the IFP and would decide on whether to engage the EFF.

The City of Johannesburg has 270 seats. The ANC has 122 seats, the DA 103 seats and the EFF 30 seats. The IFP has five and the AIC four. The Freedom Front Plus (FF+), African Christian Democratic Party (ACDP), Al Jama-ah, UDM, Cope and PA each have one seat.

The DA and its current coalition partners, with support from the EFF, has a clear majority but the ANC could take the city if it breaks up the coalition or wins the EFF’s support.

“Once the party has concluded the internal process of identifying an successor for outgoing Mayor Mashaba, it will engage with the other coalition partners about the candidate for the mayoral election,” said DA spokesperson Solly Malatsi.

“The principle uniting coalition partners in any coalition government are shared values to fight corruption and improve the quality of service delivery rather than personalities, who come and go,” Malatsi continued.

The EFF and IFP, which is currently in coalition with the DA, will probably determine who becomes the next mayor.

EFF leader Julius Malema said his party wanted to contest for leadership, suggesting that it wants a stronger role in governance.

“I don’t want us to reduce the debate into DA and ANC. I want to propose that the EFF must contest. Everybody is fielding their own candidates, why can’t we field our own candidates?” he was quoted as saying.

Matongo said the ANC was willing to give its coalition partners key posts: “We will give MMC positions if we come in.”

Following Mashaba’s resignation, IFP Gauteng leader Bonginkosi Dhlamini said there had been challenges in the Johannesburg coalition but “most often than not we have been able to agree on the best possible solutions for the people we serve”.

The party, however, is reported to be engaging the ANC and could support the party, although it is concerned the DA will withdraw support in the municipalities the IFP governs in KwaZulu-Natal.

Other DA coalition partners could also be vulnerable to being swayed to vote with the ANC or may use the upcoming vote to strengthen their position in the city. During his resignation speech, Mashaba said the DA had been the most difficult coalition partner in Johannesburg.

Cope spokesperson Dennis Blemish said his party had been treated like a junior partner and was not consulted at times.

“The coalition agreement between Cope and DA is still valid depending on the attitude of the DA leadership, but we also want to make it very clear that we will no longer allow the DA or any other party to treat us as a junior party in the coalition,” said Bloem.

“We are very firm that we are not going to be used by anybody,” he continued, confirming that the ANC had approached his party.

ACDP spokesperson Jo-Ann Downs said her party worked well with Mashaba but the DA did not have its blind support. “We have had some issues, but the ACDP, in particular, has really called them up when there have been problems of non-consultation or acting as if other partners don’t exist,” said Downs.

She said the relationship with the DA had improved and while the ACDP is not sure on the DA’s future approach, the party would continue demand the city’s budget is pro-poor.

FF+ spokesperson Wouter Wessels said it would continue to honour its coalition agreement with the DA and vote for its mayoral candidate.

“We are convinced that the coalition government has already made significant strides to improve the governance of Johannesburg which under an ANC-government failed,” said Wessels.

“It is possible for the ANC to take the city because there the most important thing is networks, personalities and promises, not ideologies,” he said.

Fikeni said the recent resignations of Mashaba, Mmusi Maimane and Athol Trollip from DA posts could hurt the party’s prospects of retaining Johannesburg. The election of Helen Zille as federal council chairperson could also harm the DA’s position if other parties believe she and other DA leaders are not as flexible in negotiations as the former leaders.

Service delivery could suffer amid the uncertainty and potential change of leadership in the city, said Fikeni. He said any new party that comes into power will want to replace staff appointed by the previous administration with its own trusted employees.

“They create reasons for their removal, from corruption, to suspicion, to irresolvable differences.”

The battle for control of the country’s most populated city and it’s R64.5-billion budget could also have an influence on the 2021 local government elections. Fikeni said it could be a “grand opportunity” for a party to prove themselves or a “poisoned chalice”.

The DA has boasted of improving the city’s finances, including having a cash balance of R4.4-billion and spending 91% of capital expenditure, curtailing corruption, beginning to improve investment and living conditions in the inner-city, and recruiting 1,500 new JMPD officers.

Matongo said the ANC acknowledged some of the DA-led administration’s achievements.

He congratulated Mashaba’s government for insourcing security workers and extending clinic hours, policies both pushed by the EFF, but said the DA was deceiving residents about the state of its finances. Matongo claimed the city has only improved its cash balance by failing to spend national and provincial grants and failing to pay service providers.

“We are alive to the fact that if we come in, there might be serious challenges,” said Matongo on whether the ANC would benefit from taking the city ahead of the 2021 elections.

A review of the DA, commissioned in the wake of the party’s poor performance in the 2019 general elections, questioned whether it should continue to lead with the support of the EFF in Johannesburg and Tshwane. It said the decision was a “mistake” and recommended that the party poll residents’ attitudes to decide on how to proceed.

The party, however, plans to continue to vie to lead Johannesburg while waiting to take a final decision once the DA sees the results of those engagements. DM