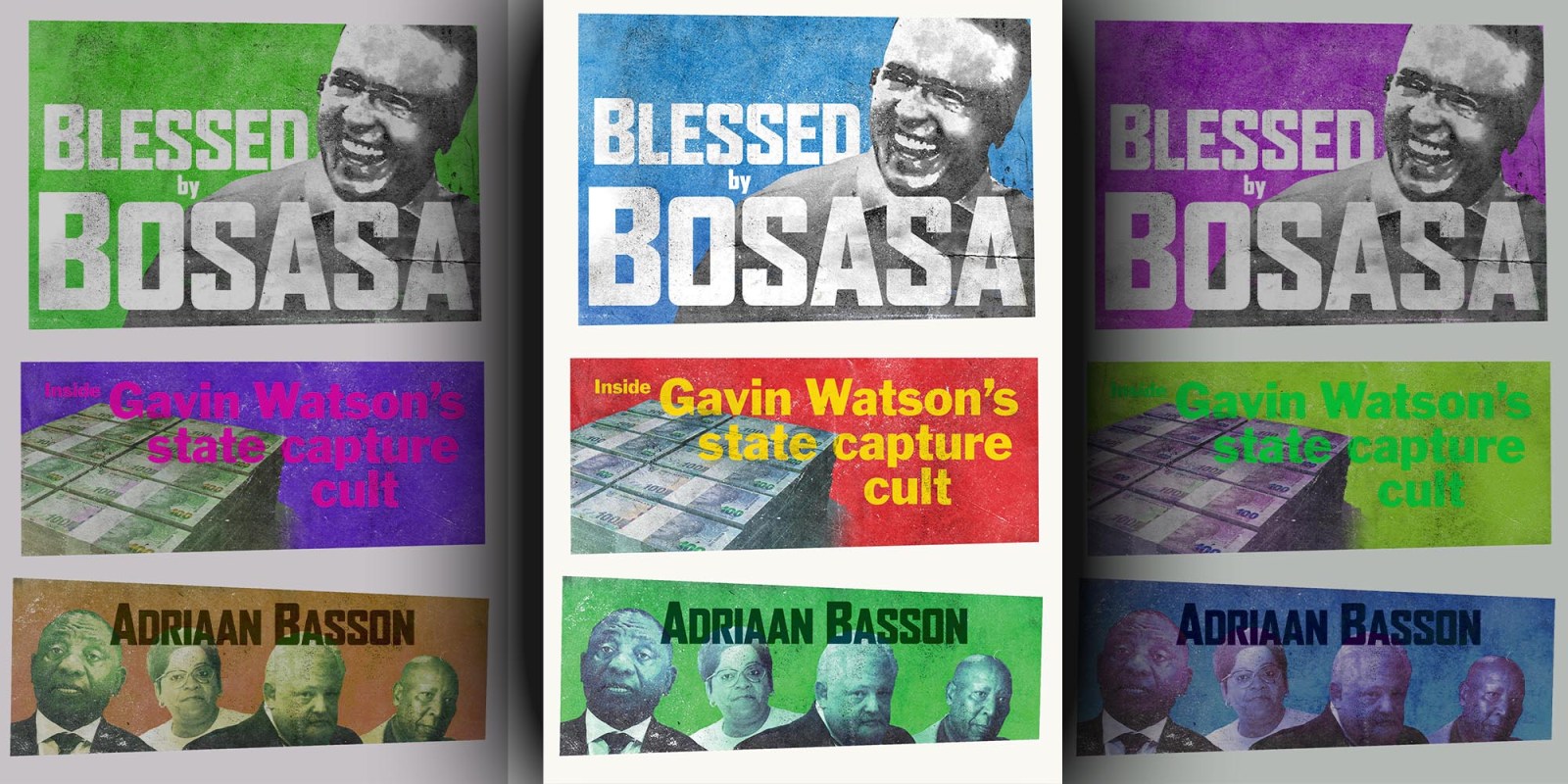 The book is an investigation into an extraordinary story of high-level corruption and State Capture in the name of religion and BEE. 'The book exposes the shady cult-like underbelly of Gavin Watson‘s criminal company that funded the ANC and crooked comrades while sucking the fiscus dry'.

Linda Morris Mti, known as “Richman” by his comrades in the ANC, served in numerous of the party’s underground structures and was a senior figure in MK, the party’s armed wing, during the 1980s.

Starting his working life as a laboratory technician in the Eastern Cape in 1976, Mti was detained by the security police in 1977 with Steve Biko, after which he joined the ANC in exile. During the ANC’s struggle against apartheid, Mti lived in Lesotho and Zimbabwe, where he served the party alongside luminaries such as Chris Hani, Judson Kuzwayo and Ngoako Ramatlhodi.

In the 1990s Mti served as the chair of the ANC in the Eastern Cape, and was well connected to party leaders and comrades in that province, including the Watson brothers from Port Elizabeth.

In her biography about the Watsons, Kristin Williamson interviewed ANC leaders who told her the Watsons were very close to ANC politicians like Mti and the late Makhenkesi Stofile, and that these politicians were ‘incredibly loyal’ to them. In the case of Mti, his loyalty to the family who’d generously assisted the party in its just struggle against apartheid extended into the years of democracy. In fact, Mti seemingly took it upon himself to literally pay back the Watsons for what they’d done for him and the ANC in the form of multiple multimillion-rand prison tenders.

In 1994, after Nelson Mandela became the first democratically elected president of South Africa, Mti was appointed as an ANC MP and served as the chair of the portfolio committee on safety and security. From 1996 to 2001 Mti, a former ANC security man, was deployed by the party in an intelligence capacity as head of the National Intelligence Co-ordinating Committee, playing a key role in co-ordinating intelligence between allgovernment agencies with intelligence-gathering capabilities, including the National Intelligence Agency (NIA) and the police’s Crime Intelligence division. This made Mti a key player in the murky world of smoke and mirrors in which the Watsons were also active.

He replaced Khulekani “Mineshaft” Sithole in 2001 as national commissioner of correctional services, to – ironically – “stamp out fraud and corruption” in the department. Sithole had been a disastrous prisons boss, remembered primarily for running a soccer team from his office and proposing that mothballed mineshafts be transformed into high-security prisons to host the country’s most dangerous criminals. His name cropped up at the Zondo Commission in 2019, when (Angelo) Agrizzi testified that Sithole had been paid by Bosasa to undermine Vernie Petersen’s efforts to clean up the DCS between 2007 and 2008.

When Mti took over the reins, hopes were high that he would transform and fix the department. Between 2001 and 2004 he kept a relatively low profile, focusing mainly on the findings of the Jali Commission into prison corruption that had found a deeply troubled and depraved department.

Then, in July 2004, Mti’s DCS privatised its nutrition services and appointed Bosasa Operations at a cost of R800-million for three years to cook for thousands of prisoners.

The moment I read those names in the company documents, in the last

week of March 2006, I knew I had Bosasa and Mti on the hook. Whatever they might say in response, it was just too coincidental that the head of the prisons department was in a company with the secretary and auditor of a firm that had been awarded four tenders worth almost R1-billion in the preceding four years.

On 31 March 2006 my newspaper, Beeld, and our Cape Town sister paper, Die Burger, where Carien du Plessis was employed, published a front-page story that linked Mti to Bosasa via the private company named after his mother. Our stories created havoc in the DCS, with Mti’s loyal spokesperson Manelisi Wolela steadfastly defending his boss, labelling our reportage “irresponsible” and threatening to sue us for defamation, which never happened.

And I was inundated with calls from anonymous prison officials about the preferential treatment Bosasa had received from the department – clearly, it had long been suspected that the prisons top dog was in cahoots with the rogues from Krugersdorp. One of these inside sources told us that Ngconde Balfour, the then minister of prisons, had called senior DCS officials into a meeting, not to ask them whether our articles were correct but to find out who was leaking information to us, after which a serious witch-hunt was initiated. This marked the beginning of a 13-year journey for me into the heart of Bosasa.

At the time, of course, Mti denied all allegations of impropriety, insisting he was the sole shareholder and director of the company. He downplayed Perry’s role, calling him a “retired chartered accountant” who merely assisted “emerging black businesses” to set up shop. Mti denied any knowledge of Bosasa’s auditor, Bester Viljoen Inc, and said there was no conflict of interest between his business dealings and Bosasa’s tenders.

It became clear to me later that he was lying through his teeth. At the time, Mti was already deep in Bosasa’s pocket, living in a fancy house built for him by Bosasa and driving a silver Volkswagen Touareg V8 for which the company had paid.

However, I had no idea at the time of the extent and depth of Mti’s involvement in Bosasa’s scheme. DM

Blessed by Bosasa is published by Jonathan Ball. Adriaan Basson is an award-winning journalist. He started covering the Bosasa story in 2006 at the Afrikaans daily newspaper Beeld, where he was later to become editor. In 2016 he was appointed editor-in-chief of News24. This is his fourth book.