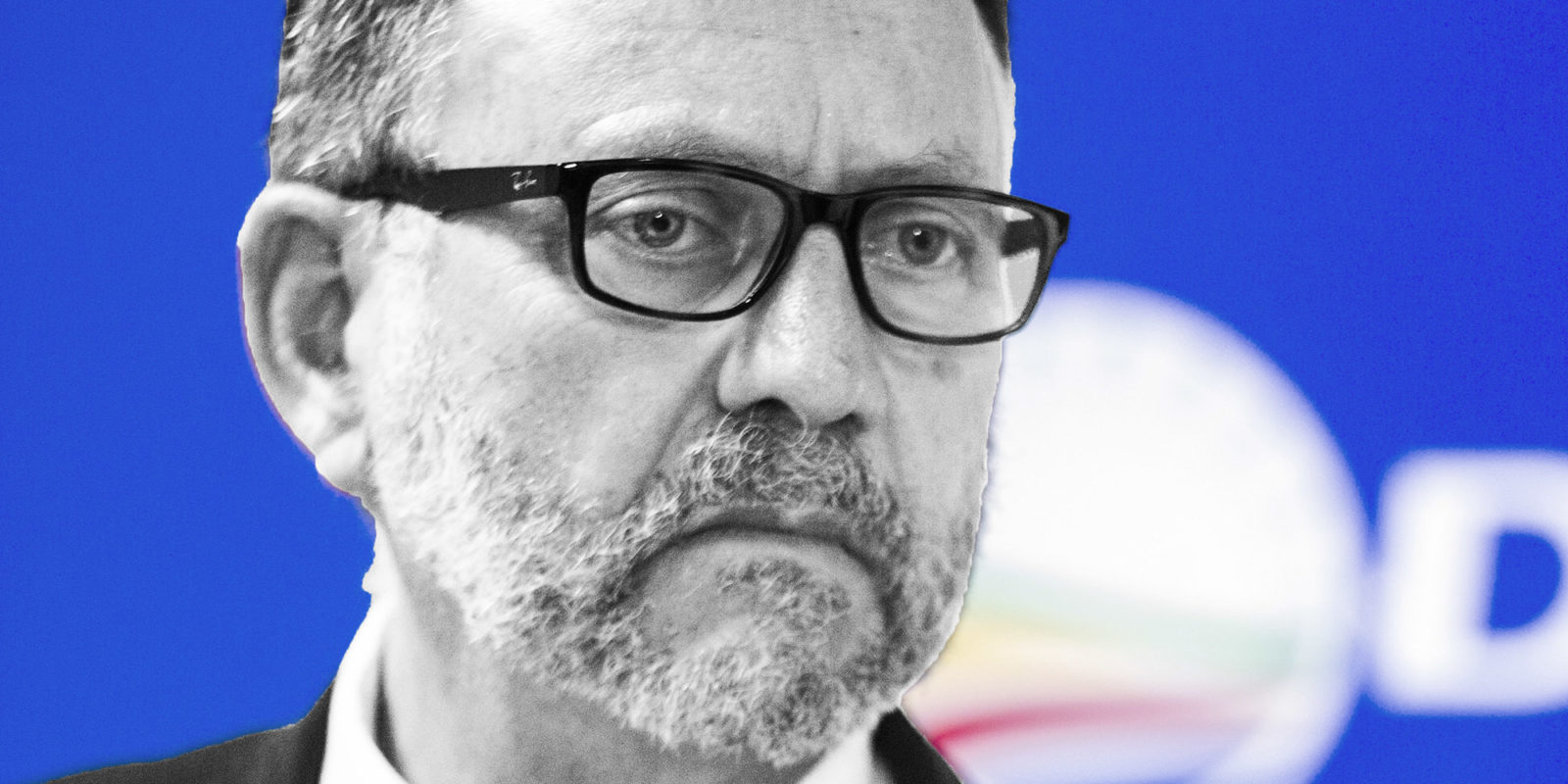 As the DA heads into a big race this weekend to replace James Selfe as chairperson of the federal council, he explains why the role is that of a 'chief toilet cleaner'.

Question: I’ve heard you describe the role of the chairperson of the federal executive as a “toilet cleaner”. It’s a metaphor, of course, but could you explain it?

Answer: It is true that I have sometimes described my role as the chief toilet cleaner. That is because politics and political management are invariably messy. There are seldom right or wrong answers. Frequently one chooses between bad and less bad alternatives. I have seen my role as dealing with the messiness, so as to allow the political leadership of the Party to articulate a clear and inspirational message, and not to be bogged (literally) down with the political minutiae of the management of our Party.

Q. Is the role of chairperson of the federal council one of political leadership or technocratic leadership?

It depends. Most of it is technocratic. The DA has a number of systems and policies and regulations and it is a question of applying these to a set of circumstances. But equally frequently the job consists of the exercise of judgement: when to apply the brake, and when to push the accelerator. It’s a question of operating in the grey. It’s a matter of judgement. Sometimes you get it right. Sometimes you don’t. Giving direction in complex situations might be described as political leadership.

Q. Is it a powerful role?

A. It is less powerful than the media has described it. Obviously one takes decisions that have an impact. I have been involved in the development of processes that have profound impacts on the political careers of people. But I have tried to do so without fear or favour even if people may not perceive it that way. But ultimately I have been accountable to the Federal Council and Executive. Those bodies have given me guidance and have set the parameters of the exercise of my power, such as it is.

Q. As federal council chairperson, you sculpted the party’s legal strategy with great effect. What do you see as the biggest gains?

A. Our legal strategy (or “lawfare”) has been absolutely central to broadening and strengthening constitutional democracy. When we negotiated the Constitution in 1996, we created a framework. We did not (deliberately) spell out specifics. Those belong in jurisprudence and not in the Constitution. Thus, on each occasion when we took matters to court, it was not about the individual but it was to establish a principle that flowed from the Constitution. Thus (former national director of public prosecutions Menzi) Simelane was not about the individual. It was to establish what was meant by a “fit and proper person”. As mendacious as he might have been, (former president Jacob) Zuma was not about anything else but the principle that no-one, however powerful is above the law, and that decisions to discontinue a prosecution must be taken by courts, not prosecutors. (Former SABC executive Hlaudi) Motsoeneng was not about him or the terrible state of the SABC under his reign, it was about the enforceability of remedial actions of the Public Protector. I would suggest that these judgments were absolutely critical. 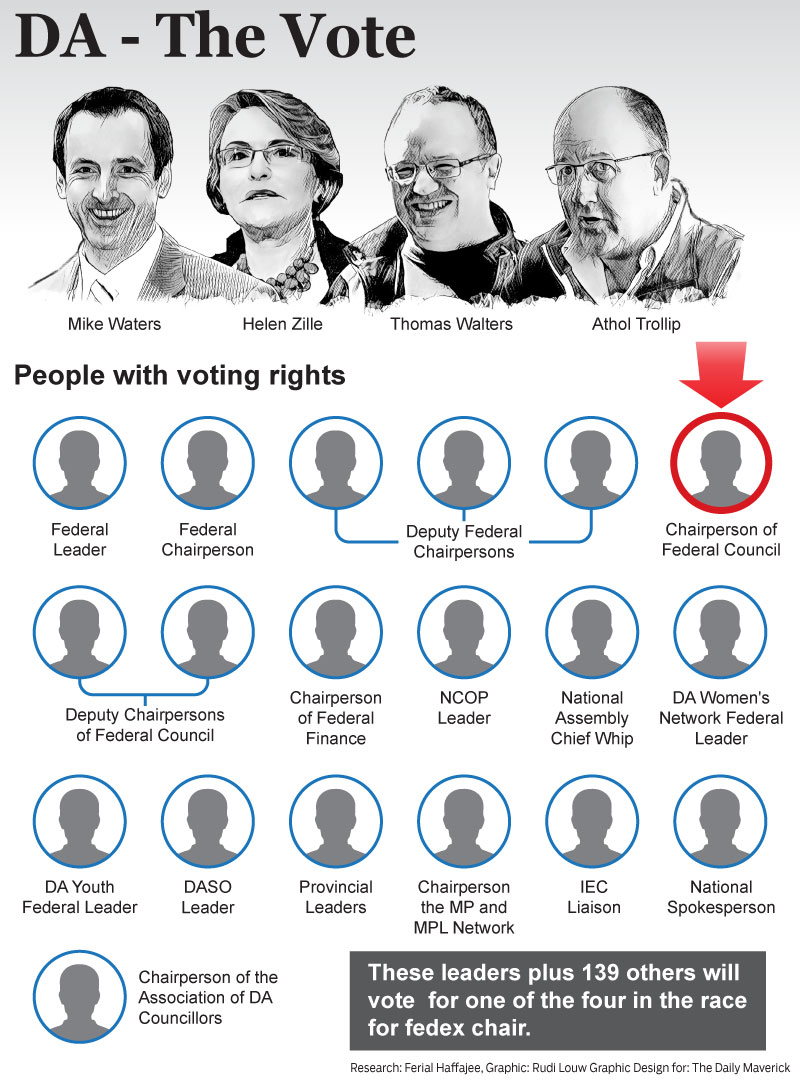 Q. Now you head on to lead a governance unit of the DA. What is its remit?

A. The DA makes several promises to the electorate, one of which is that, where it governs, it does so ethically, efficiently and cost-effectively. Moreover, we promise voters that where we can, we will deliver services for all the people that will create jobs, deliver effective services, clamp down on corruption and ensure the safety of our citizens. Particularly in municipalities and provinces, this is not easy: we take over dysfunctional administrations and bankrupt fiscuses. But we see our role as repairing not only the physical infrastructure (good roads, reliable power and water supply, responsive law enforcement and health services) but also repairing what might be called the “infrastructure of governance”. This involves restoring voters faith in government, ensuring that corruption is rooted out and that there is a professional and effective administration. Because of the centralised nature of our constitutional order, it is difficult to make that difference, but we know we must. The governance unit in the DA, which I will oversee, is charged not only with making this difference, but ensuring that it is communicated, in volume over time, so that voters understand that the reason they get better services is because the DA is in charge and that there is a relationship between the way people vote and the government they get. DM