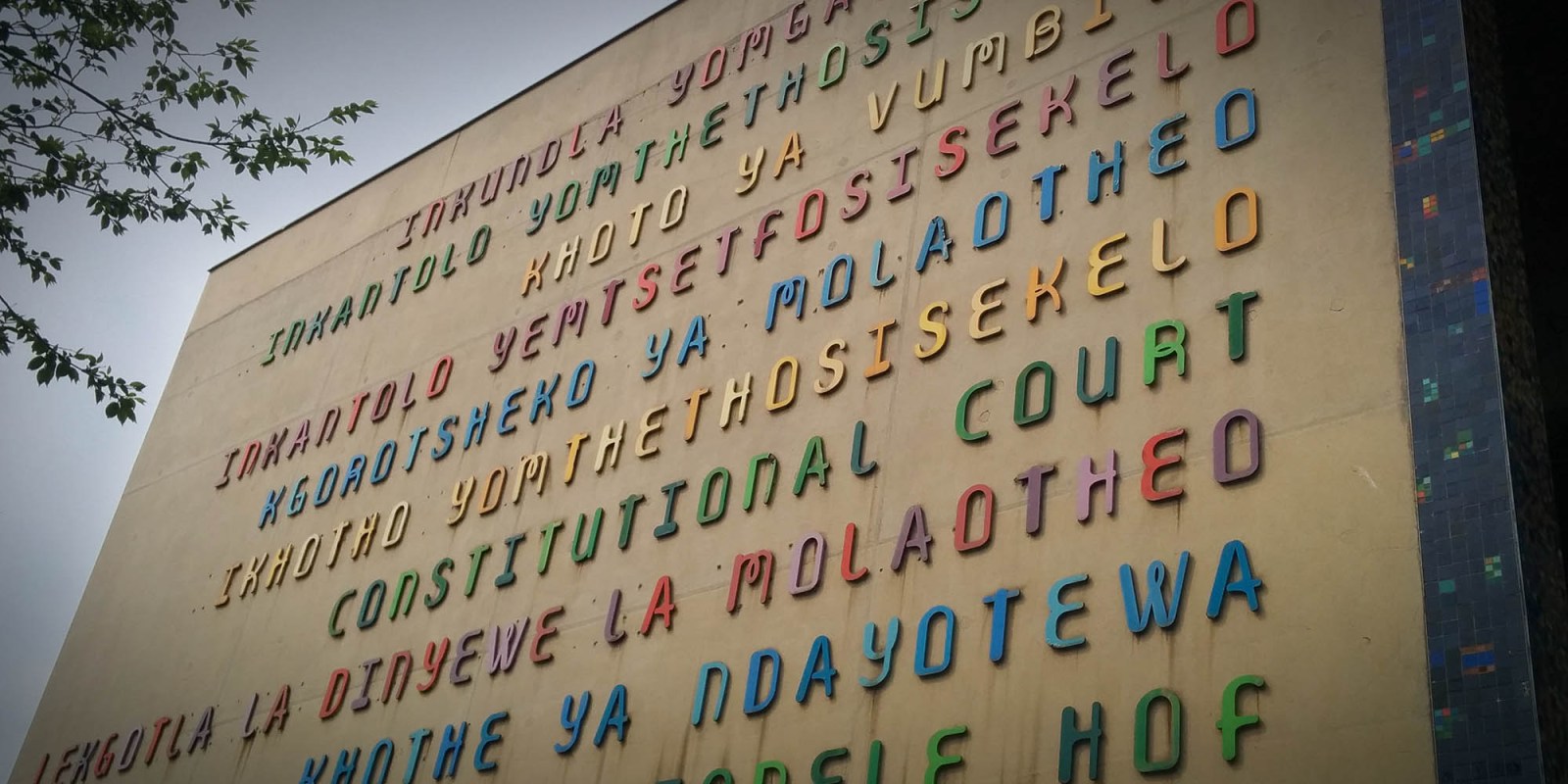 The front facade of the Constitutional Court. (Photos Mike Smuts/Flickr)

The Constitutional Court has ruled that the right to a special pension, which has been disqualified as a result of the conviction for an offence, may be restored where a presidential pardon has been granted and the reason for the disqualification has fallen away.

The Constitutional Court has ruled that a person convicted of a listed offence and who forfeited their right to a special pension as a result, may have their pension reinstated if they have been granted a presidential pardon.

The court rejected the opposing argument that a pardon only operates proactively and can therefore not undo the consequences of a conviction.

Instead, in a unanimous decision handed down by Justice Nonkosi Mhlantla on Tuesday 15 October 2019, the Constitutional Court found that a pardoned person, from the date of the pardon, is legally to be treated as a person who had not been convicted of an offence.

Justice Mhlantla held that while special pension recipients must be deterred and discouraged from committing serious offences, “where the reasons for the disqualification have fallen away, a person will be able to receive their special pension… The right itself is not terminated; it is the receiving of the monthly payment that can be interfered with.”

The court was tasked with reaching a decision following an application for leave to appeal from the Supreme Court of Appeal. The applicant, 92-year-old Nathaniel Mashilo Masemola, was an active participant in the liberation struggle and, for his role in the establishment of South Africa’s Constitutional democracy, was in December 1997 granted a special pension in terms of the Special Pensions Act 69 of 1996 (the Act).

“The Act… aims to provide financial support to those involved in the liberation struggle who made sacrifices either in exile or within South Africa,” wrote Justice Mhlantla.

“It was enacted to support those who were barred from or who lost opportunities to provide for themselves in retirement as they fought for a democratic state based on human dignity, the achievement of equality and the advancement of human rights and freedoms. Ultimately, the purpose of the Act is to recognise the efforts and give financial support to those who deserve it.”

In April 2001, Masemola was convicted of multiple counts of fraud and was sentenced to five years’ imprisonment. The Special Pensions Appeal Board (the Board) advised him that in terms of section 1(8)(b) of the act, he was disqualified from continuing to receive his special pension, which was officially terminated in April 2008.

His Struggle work in the apartheid era allowed for Masemola to apply for a presidential pardon in terms of section 84(2)(j) of the Constitution. The pension was granted on 21 July 2011 and had the effect of expunging his fraud convictions entirely. In 2012, he received a South African Police Service (SAPS) Clearance Certificate, certifying the cleared convictions.

In 2015, Masemola approached the Government Pensions Administration Agency (GPAA) to have his special pension restored.

The GPAA refused the request, relying on the fact that because a pardon does not work retrospectively and because the disqualification had taken place before the pardon, he could not have his right to a special pension restored.

Following an unsuccessful appeal to the Board against the GPAA’s decision, Masemola successfully approached the North Gauteng High Court in Pretoria on two occasions.

Masemola launched proceedings against the Board and GPAA in February 2016. The Board had refused to provide him with a final decision on the reinstatement, arguing that it was not empowered to decide on issues regarding the interpretation of law.

This argument was dismissed by the High Court, which ordered that the Board provide Masemola with a decision within 15 days. The Board failed to do so and in September 2016 Masemola approached the High Court again.

Judge AJ Makhubele held that given the written exchanges between the party, a decision had indeed been made and it “was clear that the GPAA had decided not to reinstate the applicant’s special pension and that the decision had been communicated to him”.

The court did not refer the matter back to the Board for deliberation, but instead set the decision aside itself, underlining the fact that presidential pardons and special pensions cannot be viewed in isolation.

Judge Makhubele found that in light of the presidential pardon, and “with no criminal record to his name”, Masemola should receive his special pension.

“The issue in dispute does not require some specialised investigations that only the Board can undertake. The evidence is there. On proper reading of the Act… Even if it were a fresh application, Mr Masemola would be entitled to this Special Pension,” he wrote.

The Board took the matter on appeal to the Supreme Court of Appeal (SCA), where it was subsequently upheld, with the SCA finding in favour of the Board, stating that, “there is no means within the structure of the Act through which Mr Masemola can continue to receive a special pension”.

Masemola persisted. In August 2019, he applied for leave to appeal to the Constitutional Court, arguing that legally speaking, he was a man without any previous convictions: his presidential pardon had expunged all previous convictions and he should be treated accordingly.

In a unanimous decision handed down by Justice Mhlantla on Tuesday 15 October 2019, the court found that Masemola’s right to a special pension still existed, albeit slightly altered.

On this basis, the court made a declaratory order for the restoration of Masemola’s special pension from 21 July 2011. The Board and GPAA were ordered to pay Masemola his pension within 14 days, as well as the costs of the court. DM