Excerpt from We Have A Game Changer: A Decade of Daily Maverick 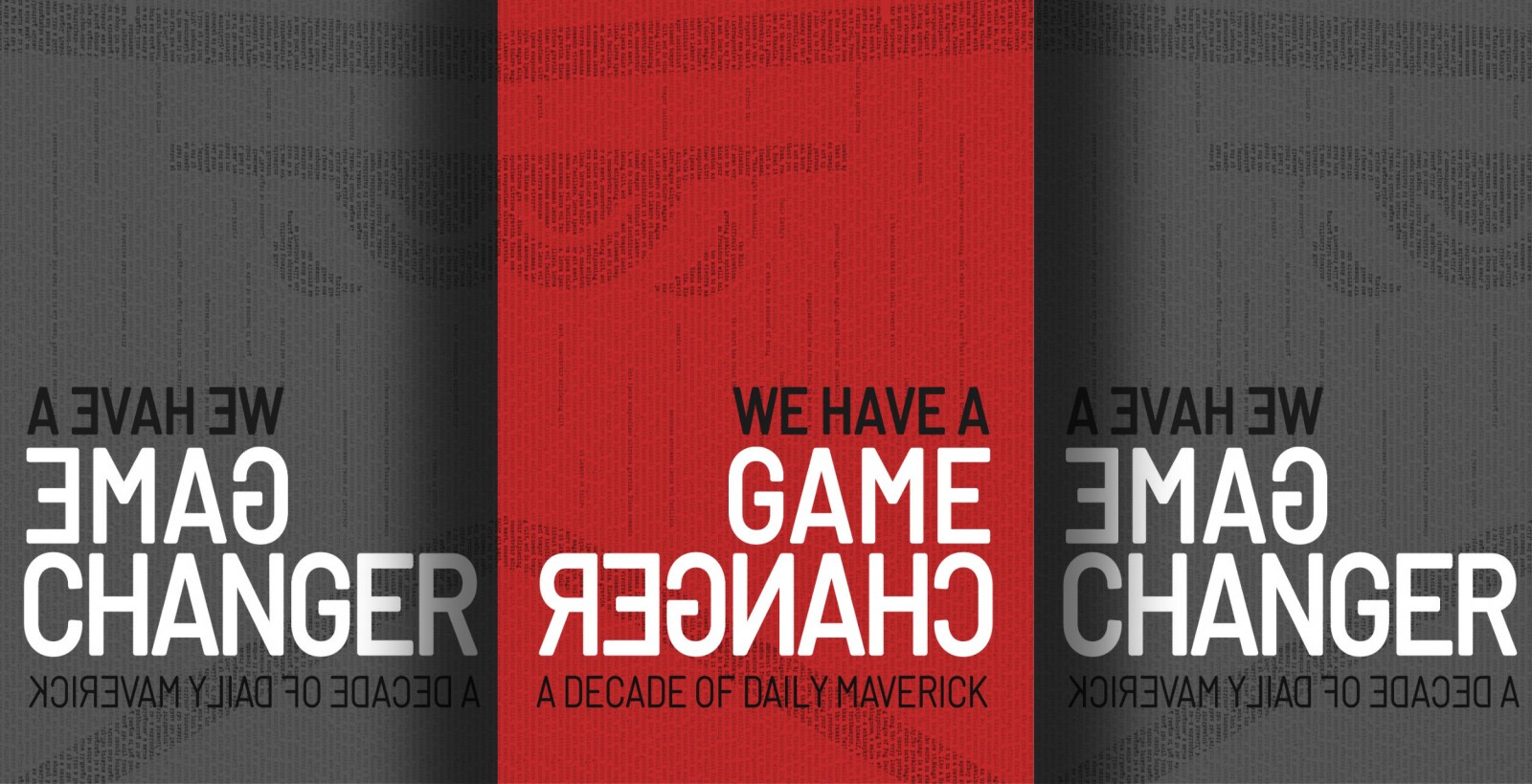 In a few short weeks, Daily Maverick turns 10. We debated how to mark the occasion and although ‘an epic game of laser tag’ is still very much in the running, we settled on the idea of writing a book. 'We Have A Game Changer: A Decade of Daily Maverick' tracks the story behind the stories from when an ambitious news website launched with a crackle in 2009 right up to today where we welcome over 2-million unique browsers per month.

This book marks the biggest stories in South Africa over the past 10 years and how they impacted our editorial efforts and our business endeavours. It’s not an easy story to tell, or frankly to have lived through, but it’s been a hell of a ride.

We Have A Game Changer: A Decade of Daily Maverick launches officially on 29 November. Our pre-sales are open and you can order your copy (or collector’s edition) here. In the meantime, we thought we’d give you a little teaser of what’s to come with this excerpt from behind-the-scenes of one of the biggest stories of 2014.

And the Oscar goes to…

Rebecca Davis! Having won the completely uncontested position of official Daily Maverick reporter on the Oscar Pistorius story on Valentine’s Day 2013, Rebecca would be tasked with bringing the latest on Pistorius’ murder trial to readers well into 2014.

She now describes her coverage of the Pistorius trial as “both a career lowlight and highlight. It was a lowlight because of the essential tabloid-ism of the subject matter – sports star kills girlfriend – and because of how hard I had to work to find angles on the story, like gun crime and violence against women, to justify our focus on it in a country where so many women who are not rich, white and famous are murdered by their not rich, not white and not famous partners. It was also a lowlight because of how much I hated living in Pretoria for the duration of the story. But candidly speaking, I suppose I have to say it was also a highlight because live-tweeting that trial seriously raised my profile.”

To describe what her daily existence had become, Rebecca put it most succinctly in her out-of-office email reply at the time:

The trial ran for six months and while her colleagues were embroiled in the general election coverage, Davis was navigating the wet streets of Pretoria, dealing with the journalistic politics of courtroom-assigned seating.

“My hotel was 3km from the North Gauteng High Court and I had to walk to and from the courtroom every day. It rained, torrentially, almost daily. As I walked the roads of central Pretoria, large cars would swoosh by and, due to the poor street drainage systems, they would drench me from head to toe. I would stand, sodden, wiping water from my face like the nerd in a high school movie. When this happened, I would shake my fist at the sky and mouth: Fuck you, Oscar.”

Many South Africans were morbidly fascinated by the so-called ‘trial of the century’, and tuned in daily to watch our very own OJ Simpson-esque courtroom drama unfold. Rebecca says that the television coverage didn’t quite match the experience of sitting in that courtroom daily.

“Because of the hundreds of journalists frantically typing away in the courtroom, and the fact that most witnesses in the trial were intimidated as hell and spoke really softly, we often couldn’t hear testimony as well as people watching at home. On the other hand, there were aspects of being present in the courtroom that you couldn’t easily replicate at home: primarily, the sight and sound of Pistorius vomiting into a green bucket at a particularly gory moment of testimony. I was seriously grateful I’d chosen a seat on the other side of the courtroom, because if I’d been any closer I might have started sympathy-retching in response.”

Davis’ position in the courtroom was in itself part of a strange set-up. “There was a weird kind of politics involved in the journalists’ seating in the courtroom, whereby reporters from Afrikaans publications tended to sit directly behind the Pistorius family, and English-medium reporters (like me) chose the other side behind Team Steenkamp. I’m not saying this was reflected in the consequent reporting, but I do remember some Afrikaans journalists being put under pressure by the Pistorius family to sit closer to them, in the apparent hope of building an alliance.” 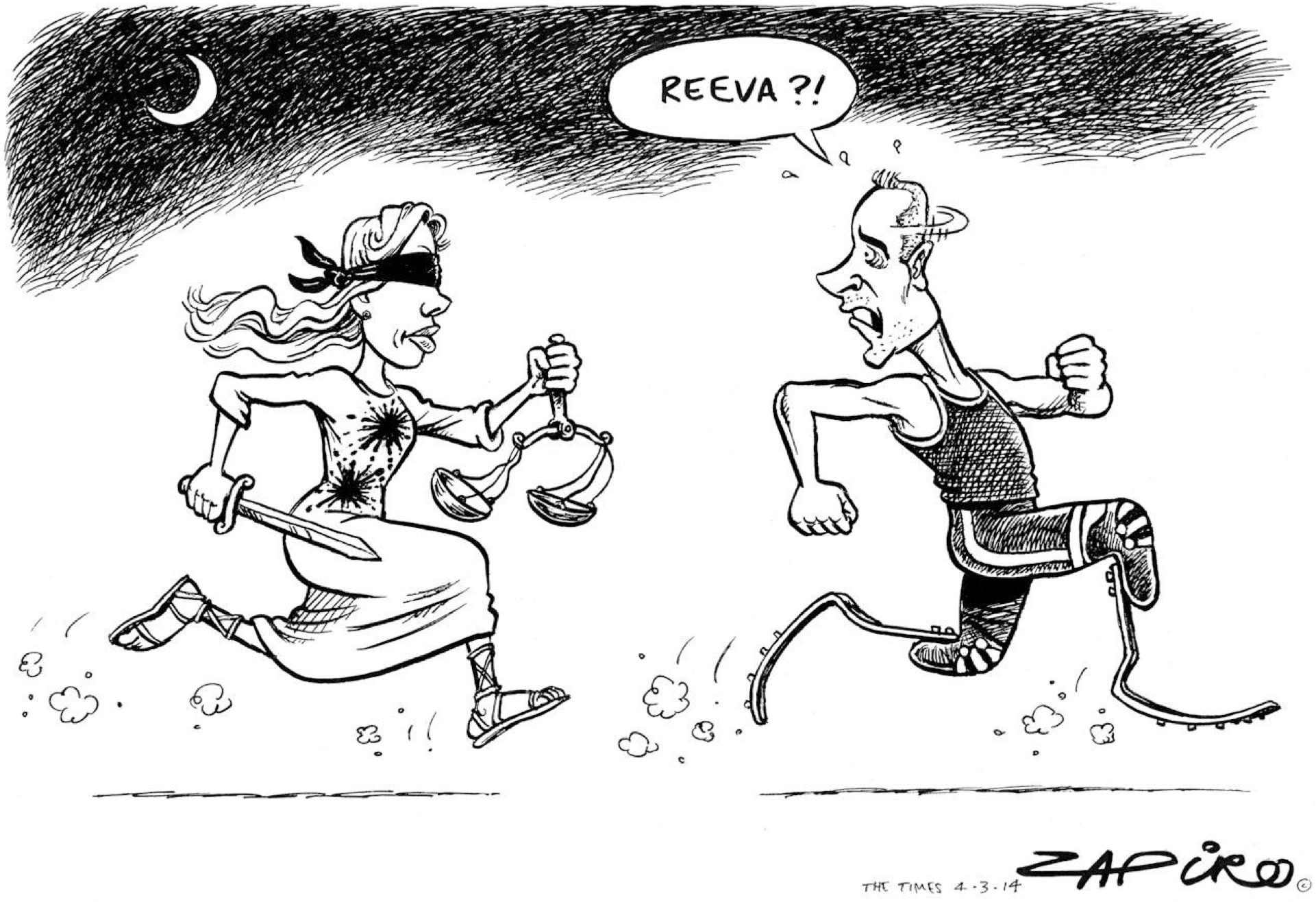 Despite being one of the most sensational spectacles in South African news in decades, the trial inevitably took its toll on everyone involved – journalists included. They couldn’t, like the rest of the country, switch it off when it became too harrowing or frankly, too boring. Day in and day out, they filed into court to hear the testimony surrounding the tragic end of a woman made famous by the manner of her death – all the while being guiltily aware of the country’s ongoing torrent of other forms of brutality being neglected as a result of the all-consuming Pistorius focus.

At times, the violence extended outside the trial’s walls. Rebecca remembers: “There was a slight hint of danger on the mean streets of Pretoria; a fellow journalist had his cellphone taken off him at knifepoint a few roads from the courthouse. On one memorable morning, I was chased for the best part of 3km by a madman screaming at me to give him my phone or he would shoot me. At this stage I’d been covering the Pistorius trial for long enough to believe that the Jacaranda City was as awash with weaponry as a Brazilian favela: the elderly tannie who ran a café near the courthouse had previously shown me the revolver she kept tucked into the elasticated waistband of her pants. I made it to court safely in the end because my would-be assailant proved too mad to run and shout things at the same time over long distances.” DM