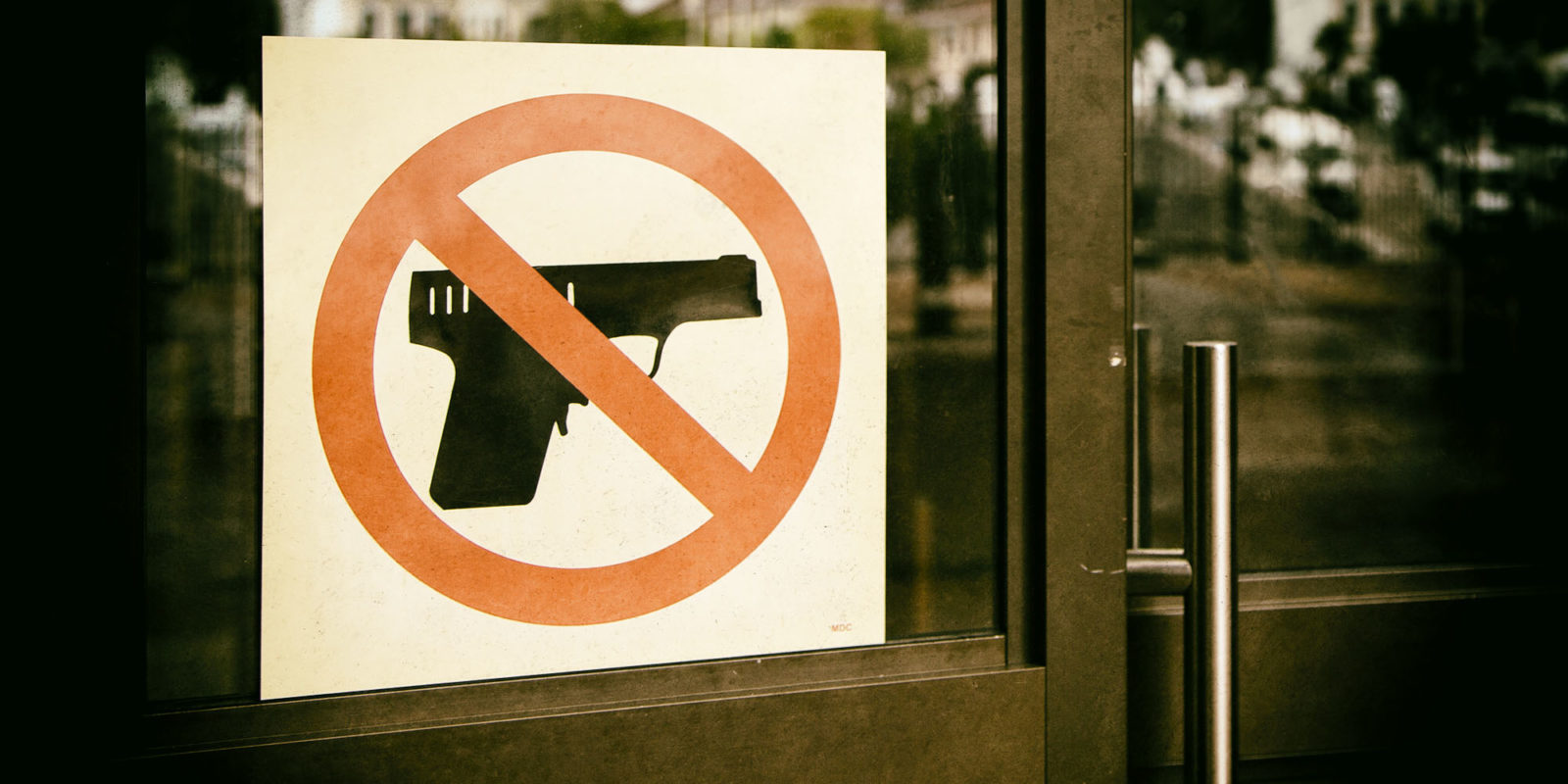 The two most senior members of Parliament’s administration have been absolved of all responsibility for the protest suicide of parliamentary manager Lennox Garane. (Photo: Leila Dougan)

The family of Lennox Garane, the parliamentary manager who in September 2018 shot himself in a ‘protest suicide’ over Parliament’s bullying and abusive management, has declared itself ‘disappointed’ at the decision by the legislature’s oversight committee to absolve two senior managers who had been identified as being complicit in the tragedy.

The Joint Standing Committee on the Financial Management of Parliament announced at its most recent meeting on 9 October that it had decided to overrule some of the recommendations of the Public Service Commission (PSC), which had been called in to conduct an independent investigation into the suicide of Lennox Garane.

In its final report, the PSC questioned the fitness and proficiency of three of Parliament’s top officials and recommended that their fitness to hold office be reassessed. The commission also found they had acted negligently in managing personnel practices of Parliament in the days before Garane committed suicide.

Garane’s son, Sithembiso, said that he had learnt of the decision taken by the Joint Standing Committee only when he read about it in the media, days after the committee meeting at which the PSC’s report had been tabled. He was dismayed to learn that the two most senior members of Parliament’s administration had been absolved of all responsibility for the tragedy. All that was required of them was that they undertake “leadership and development programmes” to improve their peoples’ skills.

This was after they had seen, and ignored, a dossier of problems and irregularities compiled by the late Garane over 20 months. It included details of his unilateral move to a post he had not applied for and did not want, and the unexpected non-renewal of his employment contract. This comprehensive record of his efforts to halt the difficulties he had been subjected to as a manager had been submitted to the highest authorities in accordance with the parliamentary protocol.

The then Executive Authority had only been galvanised into action following Garane’s shock suicide, in which he shot himself in his office, leaving a note for his wife explaining that he had taken his life as a “suicide protest” against Parliament’s management practices and the way the institution behaved and treated its staff.

After a year-long investigation, it appeared the only manager who was to be held in any way responsible by Parliament’s Executive Authority was Sithole, who had been Garane’s immediate manager with whom he would have first lodged any complaints. The committee said Sithole will face a charge of misconduct for the PSC finding that he had failed to follow due process by transferring Garane to a different post. The Executive Authority accepted that this was irregular and “to an extent unlawful”.

Sithembiso said he was particularly shocked by comments made at the committee meeting by Lechesa Tsenoli, Deputy Speaker of the National Assembly, who said, “we understand the dynamics in the institution” and as such the Executive Authority could not be expected to “swallow” the PSC recommendations as presented to them. Tsenoli added:

This was from the man who had apologised to the Garane family on SABC news after the tragic death. At that time he said:

“Parliament takes full responsibility for his untimely death.” At the memorial service, Tsenoli told Garane’s family and fellow workers that Parliament could have done better by attending to Garane’s grievances long before the incident could happen.

“We say to the family we are deeply sorry that you have to go through this. We apologise, we could have done things differently, but we didn’t.”

Looking back over the year since his father’s death, Sithembiso recalled that when the previous speaker of Parliament, Baleka Mbete, had at last agreed to an investigation into his father’s suicide in late 2018, she had allocated one month for its completion. The family had objected, saying this was not an inquiry into one person, but into systemic problems in Parliament as an institution.

To honour the sacrifice Lennox Garane had made, more time was required, the family argued. Mbete then agreed to a three-month inquiry, which was due to end in March 2019. The full investigation took slightly longer, but the PSC submitted its report in April, meaning that Parliament has inexplicably kept it under wraps for seven months.

Throughout the investigation, the Garane family co-operated with Parliament and the PSC. At one point they had lodged an objection to the PSC’s provisional report on the grounds that it “lacked clarity”. This was readily amended, which made it all the more inexplicable to the family to learn in September that a final copy of the investigation report had been submitted to Parliament and would be tabled at the next meeting of the committee.

Sithembiso said he immediately wrote to Parliament requesting that the family be given a copy of the final PSC report before any further action could be taken. This resulted in a last-minute postponement of the committee meeting – the second postponement. The committee had held an earlier meeting, on 10 September, which was closed to the media and the public. The Press Gallery Association had complained about this highly unusual practice as censorship of a document which should be in the public domain, but that came to naught.

It was reported that at that meeting the family demanded a copy of the report. Sithembiso duly received it, but “pages were missing, which I pointed out,” he said. A complete photocopy was then sent to him, but Sithembiso is concerned that “I have only one copy and it’s a hard copy”. He needs a digital copy to email to members of his family as well as his legal representatives to get advice on whether further action is required.

He pronounced himself personally satisfied with the final PSC report, saying that by holding the three senior managers responsible he felt his father’s goal had been achieved.

“That was my father’s stance. He wanted recognition that these people were responsible. We are comfortable that he has been vindicated.”

He gave Parliament permission to publish the report, in the hope that his father’s ultimate sacrifice would lead to institutional changes. So it came as a shock to him to learn that the PSC report did not reflect the decision of the Joint Standing Committee. Instead, Sithole would face a charge of misconduct, while Phindela and Tyawa would be sent to “leadership and development programmes”.

Opposition members at the committee meeting also expressed strong objections to the committee decision, which was announced by National Committee of Provinces Chairperson Amos Masondo, who formally tabled the PSC’s final report on behalf of Parliament’s Executive Authority. In particular, they were shocked by Masondo’s announcement that Tyawa and Phindela “cannot be faulted” for the manner in which they had responded to Garane’s appeals for intervention.

The Democratic Alliance’s John Steenhuisen asked whether Masondo was referring to the same report that committee members had before them; the PSC report he was reading made clear findings against three officials, he said. He asked if certain PSC recommendations were “being cherry-picked” — an assertion Masondo denied — and why the recommendations were not being implemented as a whole. Steenhuisen noted it would be wrong if the Executive Authority could “cherry-pick” from the PSC recommendations, accepting those that suited it, and absolving other individuals who it favoured.

The DA members of the committee said that Sithole was being sacrificed as “the fall guy”, while Phindela and Tyawa were being protected.

The DA’s J Julius argued that the inquiry should have begun with interrogating why Garane had been so unhappy at his workplace. This was something which could not just be brushed off, he said, pointing out that if Parliament supported the PSC findings, why did the Executive Authority think the recommendations needed to be further reviewed and not effected in their entirety immediately?

B Radebe of the ANC said the Garane matter must not be used for political point-scoring. He referred to it as a “learning curve” for Parliament, so that nothing like it ever happened again. He expressed appreciation that the previous Parliament had appointed an independent inquiry and thanked the Garane family for its co-operation.

“Parliament must be the employer of choice for the people,” he concluded.

ANC MPs came out in support of Masondo and Tsenoli and the committee co-chairpersons have given the committee until the end of November to produce a progress report.

Meanwhile, Parliament released a statement giving its assurance that the Executive Authority has begun in earnest to implement some of the recommendations of the PSC inquiry. It quoted Masondo, who said Parliament will soon appoint independent consultants to conduct a special inquiry into the functioning of the International Relations and Protocol Division.

He also said that other interventions made by the institution include moving three employees from the division at their request after the incident.

“We also consulted with all employees in the International Relations and Protocol Division during the assessment of available space within the institution in order to explore available options to move the division elsewhere,” said Mr Masondo.

The co-chairpersons of the committee, Gladys Mahlangu and Peace Mabe, reiterated that Mr Garane’s death brought into the spotlight serious shortcomings within the administration of Parliament. DM

Moira Levy is a former staff member of Parliament’s communications service. She is now founding publisher/editor of Notes from the House.