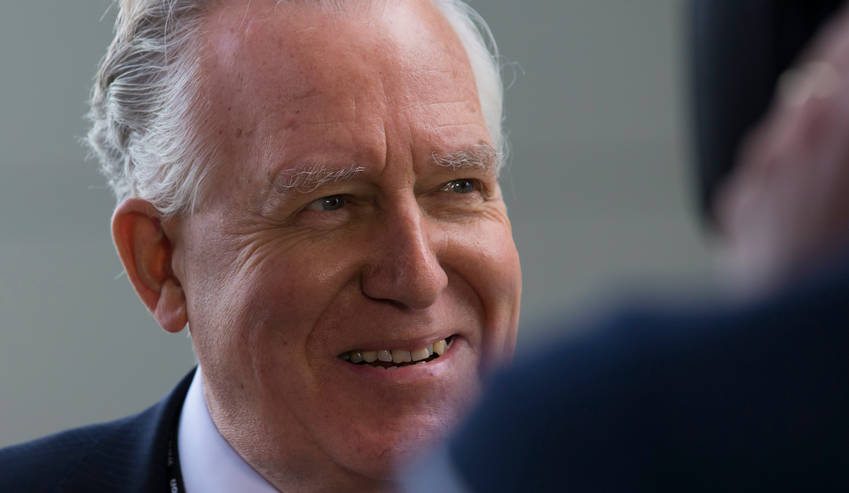 Lord Peter Hain has written to the British Chancellor of the Exchequer, Sajid Javid, calling on the British government to follow the US government’s lead in imposing sanctions on the Gupta family for their role in capture of the South African state.

Hain wrote to Javid on Thursday 11 October noting that, just as US Treasury sanctions forbade US entities from doing business with the Gupta family or handling their assets, “I ask that all UK entities are instructed to impose the same ban”.

These UK entities include London-based banks such as HSBC, Standard Chartered and Bank of Baroda, which in recent years facilitated money laundering by the Guptas and which Hain exposed in the House of Lords late in 2017 and early 2018.

“Following the recent decision by the US government to impose sanctions on South Africa’s Gupta business family and an associate over their role in a massive corruption and money laundering operation linked to the former president Jacob Zuma, which robbed South African taxpayers of over £500 million, I am requesting that the British government urgently does exactly the same,” said Hain in the letter.

Hain said it was his understanding the Gupta brothers – Rajesh, Atul and Ajay – were currently resident in Dubai and their home in Emirates Hills was “identifiable by the Gupta gold crest at the entrance gates and purchased with laundered funds”.

“They also travel, including to India where they also reside and where earlier this year they organised a multimillion-pound wedding for two of their sons, financed by money stolen from South African taxpayers.”

He added that the financial crimes in which the Gupta brothers have been implicated have been widely documented, including in evidence given to the Zondo Commission of Inquiry into State Capture.

“The vast criminal network facilitated by an Indian-South African family, the Guptas, and the former presidential family, the Zumas, plundered South African taxpayer resources on an industrial scale, totally betraying Nelson Mandela’s legacy and the values for which so many of us fought in the anti-apartheid struggle,” said Hain.

He set out to Javid how the Gupta family, using a network of their own companies, buttressed by shadowy shell companies, had obtained lucrative contracts from state-owned enterprises such as Eskom, Transnet and South African Airways. These deals had been facilitated by “corrupt executives installed by former President Zuma”.

“As a consequence, the South African Revenue Service – once envied across the world for its efficiency – was nearly decimated and the state power monopoly Eskom bankrupted.”

Hain asked the chancellor to emulate the US and to “please request the Indian and Dubai authorities to impose the same sanctions”. DM