Retail bounces up – but don’t get excited

Retail bounces up – but don’t get excited 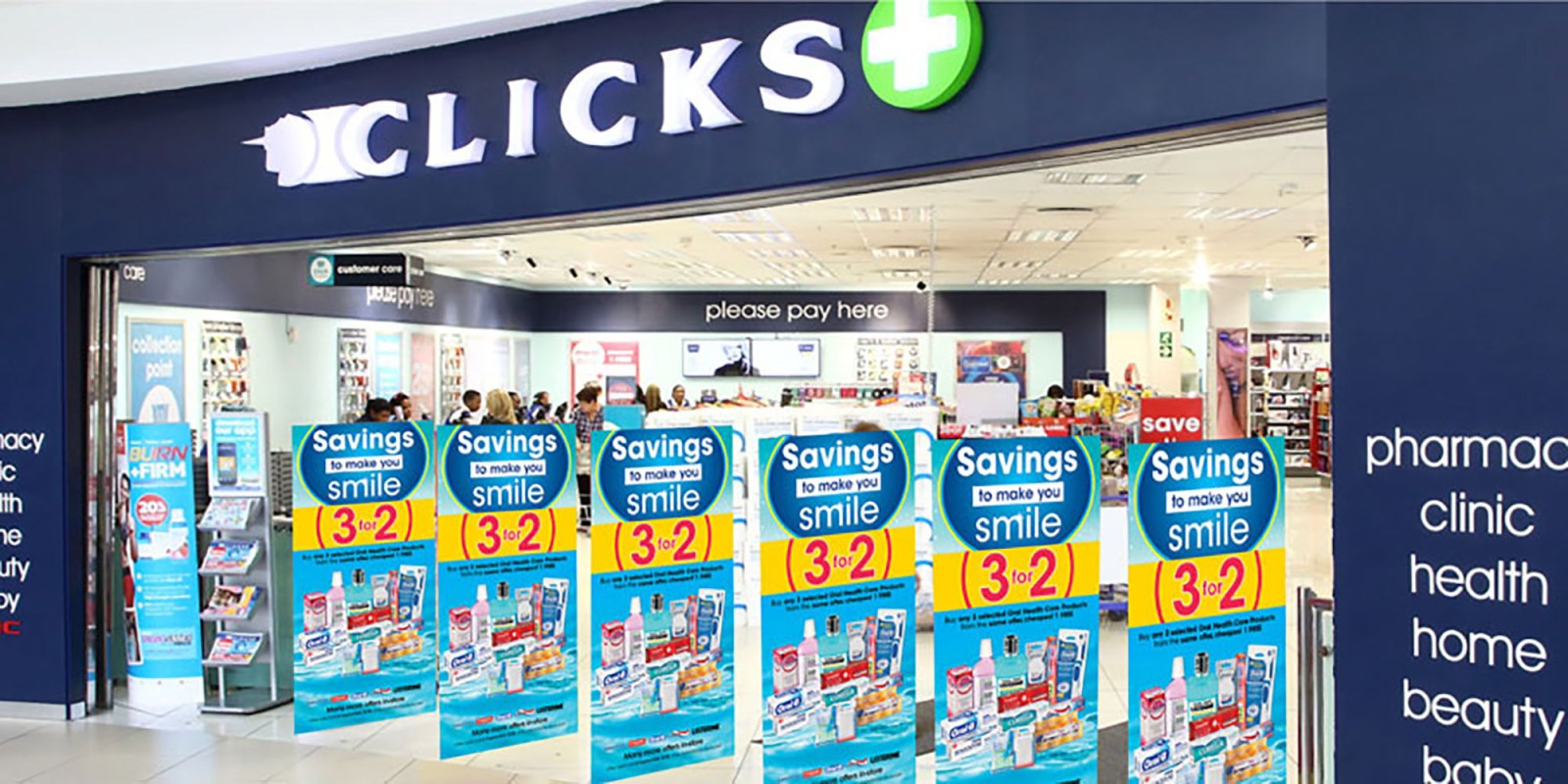 While Clicks has advised an 18% rise in its results, retail prosopects in SA are not rosy. (Photo: supplied)

Despite a recent bounce in retail share prices, South Africa’s economic fundamentals do not bode well for a recovery in the sector.

Amid a sea of red, Clicks’ share price surged by 13% this week after the pharmacy retailer advised the market that its results could rise by as much as 18%, better than its previous set of (good) results and ahead of market expectations.

Happily, other retailers seemed to follow suit, with rival Dis-Chem rising 5.4%, though most of Dis-Chem’s gains have reversed.

Unfortunately for those looking for green shoots, Clicks and to some extent Dis-Chem are considered outliers rather than front runners in the retail space.

“They have performed well over time and keep pumping out double-digit growth, but I was surprised by how much the price responded.”

The fact that the rest of the sector also appeared to bounce upwards means little.

“There are no signs of a protracted recovery and we cannot confidently say we have seen the bottom,” he says.

In fact, if the numbers are anything to go by, life is likely to get more difficult, not better for retailers.

The latest data emphasise the fact that SA’s economy requires urgent intervention, which will not make Finance Minister Tito Mboweni happy as he prepares to deliver his Medium-Term Budget Policy Statement (MTBPS) later this month.

The BankservAfrica Economic Transaction Index (BETI), which details bank transfers and provides an indication of business activity, declined by 1.6% between September and August. This was the largest quarterly decline since June 2018, according to Shergeran Naidoo, head of stakeholder engagements: BankservAfrica.

“This fall is the most reliable indication that the economy may have contracted,” says Mike Schüssler, chief economist at economists.co.za. “It also indicates the South African economy is affected by the weaker global growth and reduced domestic demand in sectors such as vehicle sales.”

The BETI, which has a high correlation to the South African gross domestic product, suggests an economic growth slowdown that will not bode well for the country’s Q3 2019 GDP figures in November. It is likely that Mboweni will have less room to increase government spending and make provision for tax decreases when he tables his MTBPS.

Business confidence fell to the lowest level in more than two decades with South Africa’s main business role players sharing the sentiment that inaction by leadership is costing the economy.

The retail sector, more than any other sector, was a beneficiary of the expansion of the public service, healthy wage increases for civil servants and the growth of social grants, now paid to 18-million people.

Now, public sector jobs are under pressure and the social grants system cannot be rolled out any further. This means that broadly, retail cannot do anything but grow at the same rate as GDP.

If anything, South Africans are heading for a period of austerity, says Casparus Treurnicht, portfolio manager at Gryphon. This is not an environment that is supportive of job creation or above-inflation salary increases – which means consumption levels will remain subdued. The asset manager, he adds, is not bullish about the retail sector, and holds no retail stocks.

For investors looking for green shoots, sectors like retail and construction are not the ones to watch. A better indicator is the commodity sector, but even here there is no cause for optimism.

Gold, silver and platinum have been driven upwards by risk-off sentiment where investors rush for safe havens – so the fact that these shares have pulled up the JSE should be discounted. Industrial metals provide a better indication of future economic activity, but demand and pricing of these metals – copper, nickel, tin and aluminium – is flat.

An indication of this is the S&P World Commodity Index, charted below, which is designed to measure international commodity market performance over time. Since 2016, the index has tracked sideways, apart from a brief lull between June 2017 and September 2018 when it looked as if the index was poised for better growth.

Globally, the release of generally positive US jobs data eased concerns over a potential recession in the world’s largest economy after dismal manufacturing and services PMIs (purchasing managers indexes) raised fears that a recession was imminent.

“If the world goes into recession it will be worse for us than in 2008 because structurally the country is in a worse position,” says Treurnicht. “Our debt to GDP is close to 70% if you factor in Eskom’s debt – we are up against a wall and there is no extra money to invest in the economy.”

The Old Mutual house view is that the next 10 years will be better than the last few years. We are taking our medicine and are on a path to economic reform and recovery, says Nodada.

“We are optimistic about South African recovery over the next 10 years, but it will take time to play out.”

Like others, he remains cautious about the retail sector, but adds that there are stocks that look “interesting”.

For instance, the food retailers have de-rated, and while they are not cheap yet, they are worth watching.

Woolworths may be a “fixer” story. It is worth noting that Clicks’ celebrity CEO, David Kneale, who turned the company around and has retired, has become a non-executive director of Woolworths. His first move was to buy Woolies shares on the open market.

“Retailers are still facing negative operating leverage where costs are growing faster than revenue. A return of consumer confidence is required to reverse this trend as SA retail businesses are robust and will benefit from a better economy.”

Does that mean they are fair value now? He answers the question obliquely: “There are still many headwinds out there for the consumer. Things may not get worse, but they are not getting better.” BM