Our Burning Planet: If Government fails to act in accordance with science, we have a duty to rebel 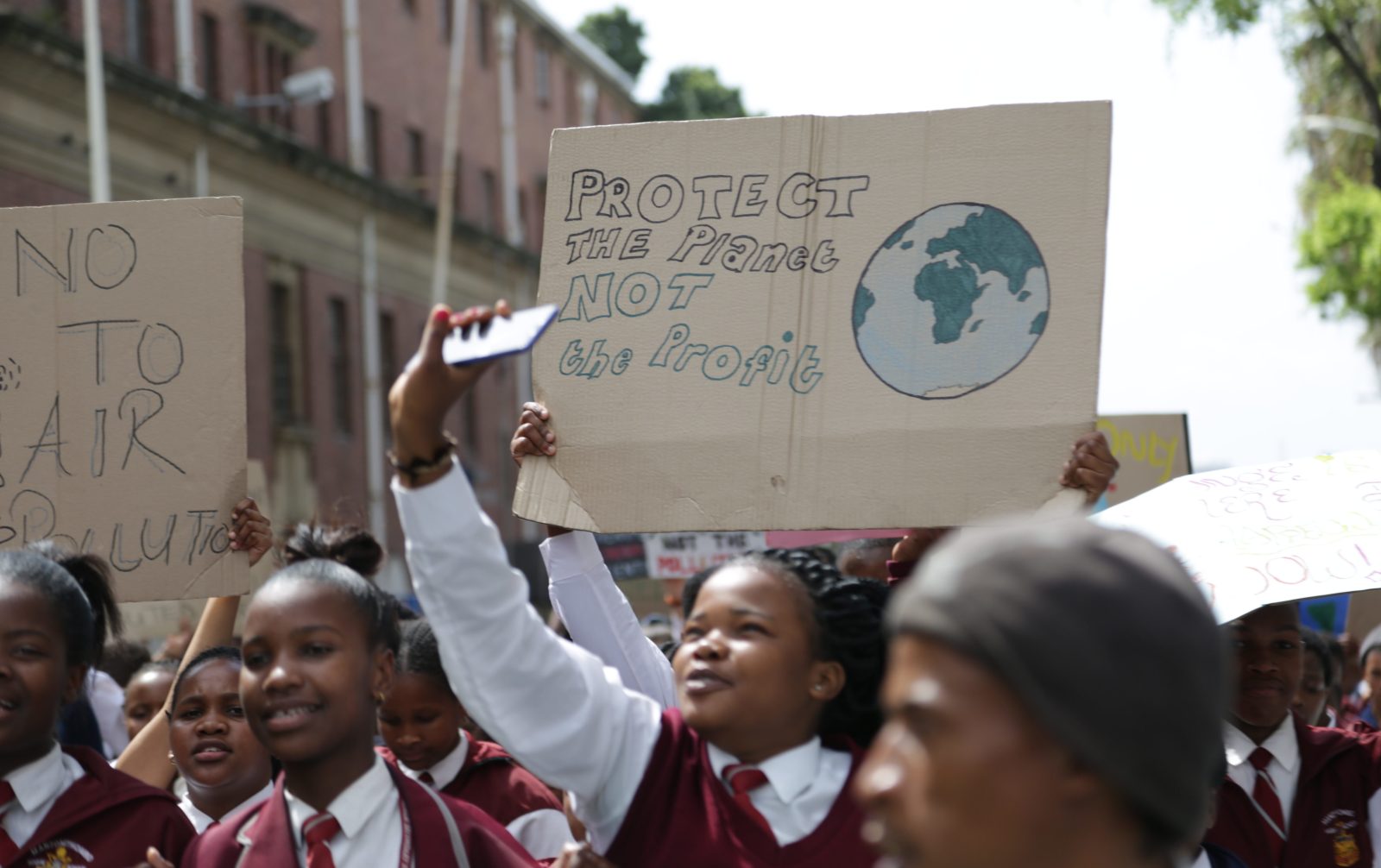 Thousands of citizens and activists marched to Parliament in Cape Town, South Africa, forming part of a global movement that demands an end to the age of fossil fuels and embraces a new age of renewable energy and climate justice. 20 September 2019. (Photo: Leila Dougan/Daily Maverick)

Urgent action is required to halt the process of societal and environmental collapse that we are now beginning to witness.

The situation we face is catastrophic. Despite commitments by the big polluters around the world, carbon emissions continue to rise faster than ever. This is true for all the big polluters including South Africa. This business-as-usual scenario has put the planet on to a trajectory that places us in a perilous situation. We need our government to tell the truth and declare an emergency.

Today we are calling on our government to reverse its inconsistent policies around fossil fuels and make the bold steps that are required to a just transition to renewable energy. This requires a state-driven process to enact law and policy measures that rapidly remove us from the club of the world’s biggest polluters. We demand a people-led indaba to develop and oversee the changes, as we no longer trust our government to make the bold, swift and long-term systemic changes necessary to achieve the transition. We need a democracy that is fit for purpose, one that brings in climate justice emergency measures, fitting to the crisis we are in.

There are no other options but to legally enforce a radical reduction in our carbon emissions to net zero, and to join other nations in their efforts to halt greenhouse gas emissions. The most recent scientific research warns that we have very little time left to avert the worst of the disaster – that being irreversible runaway climate change, which will be catastrophic for human life, biodiversity, and is why we are calling this the 6th mass extinction.

The changes won’t be simple but there is now nothing more important or worthwhile than to make the required changes. From this process, many jobs will be created that can make our lives considerably better, if we embark on a truly just transition.

The South African Bill of Rights clearly states that “everyone has the right to life”, the right to “an environment that is not harmful to their health or well-being”, and “to have the environment protected, for the benefit of the present and the future”.

This means government is actively engaged in breaking the contract it has entered into with the people to secure our safety and well-being. Government failure to act sufficiently in accordance with what the science is telling us will mean we have both a duty and an obligation to rebel. If government continues to act with negligence, civil disobedience becomes the only logical means to secure a future for our children and all life on Earth.

Here are our demands:

Truth: The South African Government must tell the truth by declaring a climate and ecological emergency and work with other institutions, in particular the media, to communicate the urgent need for change.

Action: The government must immediately act to mitigate the crisis: embark on a deep just transition away from a carbon based economy, prioritise immediate adaptation to meet future needs, halt biodiversity loss and reduce GHG emissions to net-zero by 2025.

Justice: The South African state must create and empower the people, through an ongoing mass participatory people’s indaba process whose decisions will oversee the government to address climate and ecological injustice.

We unite with all who stand for life and a future fit for generations to come. DM

This edited open letter was issued by Extinction Rebellion and will be handed over to the Department of Mineral Resources during a demonstration in Gauteng on Friday morning.