Book by a master historian takes a nocturnal train ride... 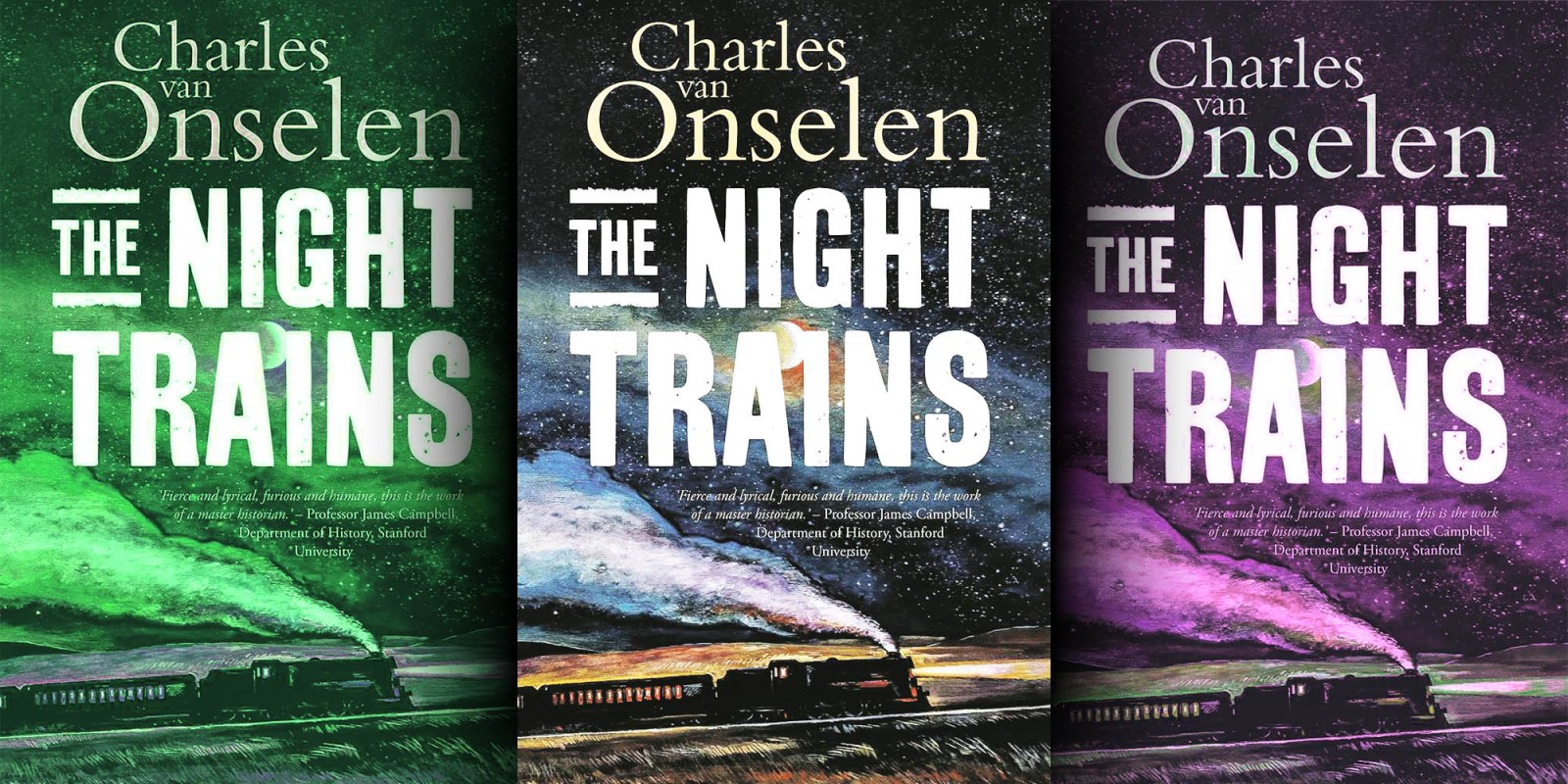 South African historian Charles van Onselen has again enlightened our understanding of the past, this time via a rough and tumble ride down a little-known track of history. ‘The Night Trains’, focused on the nocturnal passage of poor rural Mozambicans to and from the Witswatersrand’s mines, casts an unflattering light on the ‘legacy issues’ that haunt the mining industry today.

“Public-Private partnerships” is one of those buzz terms frequently thrown around these days, often as if the concept was something fresh and exciting that will take the economy into the brave new world of other hip concepts such as the Fourth Industrial Revolution. Yet the linking of the private and the public cannot be decoupled from history, notably the mining industry in southern Africa, as historian Charles van Onselen reminds us in his new book The Night Trains.

The trains in question operated in the first half of the 20th century. They took poor, rural Mozambicans up to the Highveld to labour in the coal collieries of what is now Mpumalanga and Eldorado that was the Witwatersrand’s goldfields. They then took them back down to the subtropical Lowveld and across the border to what was then Portuguese East Africa. The tracks were publicly owned and operated by South African Railways (SAR) and its predecessors. The trains themselves were privately owned and operated by the Witwatersrand Native Labour Association (WNLA), an offshoot of the Chamber of Mines.

This was a “public-private” partnership forged in hell, and one that among other things helps to explain the roots of the labour militancy and social unrest that today unnerves risk-averse foreign investors involved in the South African mining space. Northern investors a century ago were also risk-averse, but the rich dividend flow from the Witwatersrand took the edge off their concerns. But those dividends extracted a high price from peasant African miners who had no, or little, choice but to risk their lives and limbs toiling underground in dangerous conditions for wages that, astonishingly, steadily declined for half a century.

“… creating wealth from consistent but extremely low-grade ore buried in reefs dipping away at increasing depths meant that from the outset, the Witwatersrand mines demanded enormous quantities of capital and a near-limitless supply of cheap labour if they were to generate profits capable of retaining northern investors,” Van Onselen writes.

The source of much of that labour would be found in what is today southern Mozambique. There, a system of forced labour on state or private projects enforced by a rapacious Portuguese administration made the relatively higher if declining wages on the mines in a neighbouring state an attractive “option” for the rural poor. This was not a tale of free markets in labour or capital but one of predatory capitalism – or predatory capital accumulation if you prefer – underpinned by racist ideologies and state-sanctioned policies.

The next cog in this relentless wheel was to get that source of migrant labour to mines hundreds of kilometres away at high elevation. This, of course, is where the private trains and the public rails came into the picture, working in tandem to deliver cheap labour in an efficient and clockwork-like manner, even if this partnership between the public sphere and private capital sometimes caused its own friction.

Van Onselen has tapped a rich vein of social history here, and at 210 pages, it is short by his standards, but no less insightful for its brevity. The workers were generally treated more like cargo than human passengers, crammed into tight compartments that afforded neither space nor dignity. Much of the journey took place at night, as if to conceal this dispiriting human cargo from sensitive eyes.

The “up” train chugged up steep gradients, making virtually no stops, to make up for time lost on the climb. As Van Onselen notes, who had time for penniless peasants plucked fresh from the fields? The down run, by contrast, made several stops, where the relatively cash-flush miners returning home with their wages often fell victim to fraudsters, shady currency dealers and outright thieves.

The down passage also carried what Van Onselen dubs “the living dead” – men maimed in the mines or stricken with fatal diseases such as silicosis, caused by breathing silica dust from gold-bearing rocks. It also carried “mental cases”, men psychologically shattered by their bewildering and frightening experiences in the industrial maw of the Witwatersrand.

And then there were the accidents on the faster-moving down run. The worst occurred in 1949 when 62 Mozambican miners were killed on impact when the train flipped off the rails, throwing six of the coaches 21 metres below into the Elands River near Waterval Boven.

Such legacies haunt the mining industry to this day – witness the recent multibillion-rand settlement to silicosis sufferers paid out by the gold industry in the face of a class-action suit spearheaded by the indefatigable human rights lawyer Richard Spoor. The industry also remains capital intensive and even – despite the gradual progress of mechanisation in challenging geology – labour intensive. And much of that workforce is still drawn from impoverished rural areas in neighbouring countries such as Lesotho and Mozambique as well as former “homelands”, notably the old Transkei.

These areas generally remain poor despite the wealth their sons of the soil have helped to generate elsewhere. Mozambique is one of the world’s poorest countries, with little to show for its contribution to South Africa’s historical development. This is why many of the rhino poachers who enter Kruger Park are drawn from southern Mozambique. Then there are the Mozambican migrants who attempt to cross the park into South Africa, running a terrifying faunal gauntlet that has seen many of them devoured by lions over the decades. That speaks to utter desperation.

In one of history’s many twists, Mozambique’s current gas boom is providing job opportunities for highly-skilled South Africans who will be well paid and will fly in comfort to their work destinations. But most Mozambicans are unlikely to see much benefit if Africa’s history of resource extraction is anything to go by.

It is also true of course that South Africa’s mining industry has made many strides, especially since the end of apartheid, to be more just and equitable, with increasing wages that have outpaced inflation and money spent on projects to help uplift mine-affected communities. The mines are also far safer and 2019 looks set to be a banner year on that front – though 35 people have still been killed to date this year in mine-related accidents.

A cynic might add that many of these reforms and concessions have been wrung from the industry at the barrel of lawsuits, legislation, labour militancy and community protests and activism, not to mention a profitable pivot to mechanisation.

Van Onselen is spot-on when he concludes with this forceful reminder of the role that Mozambican labour played in the emergence of Africa’s most industrialised economy.

“All South Africans … need to acknowledge that much of the country’s past prosperity, wealth and relatively advanced infrastructure were built on the backs of black labour pushed and pulled out of colonial Mozambique.” BM