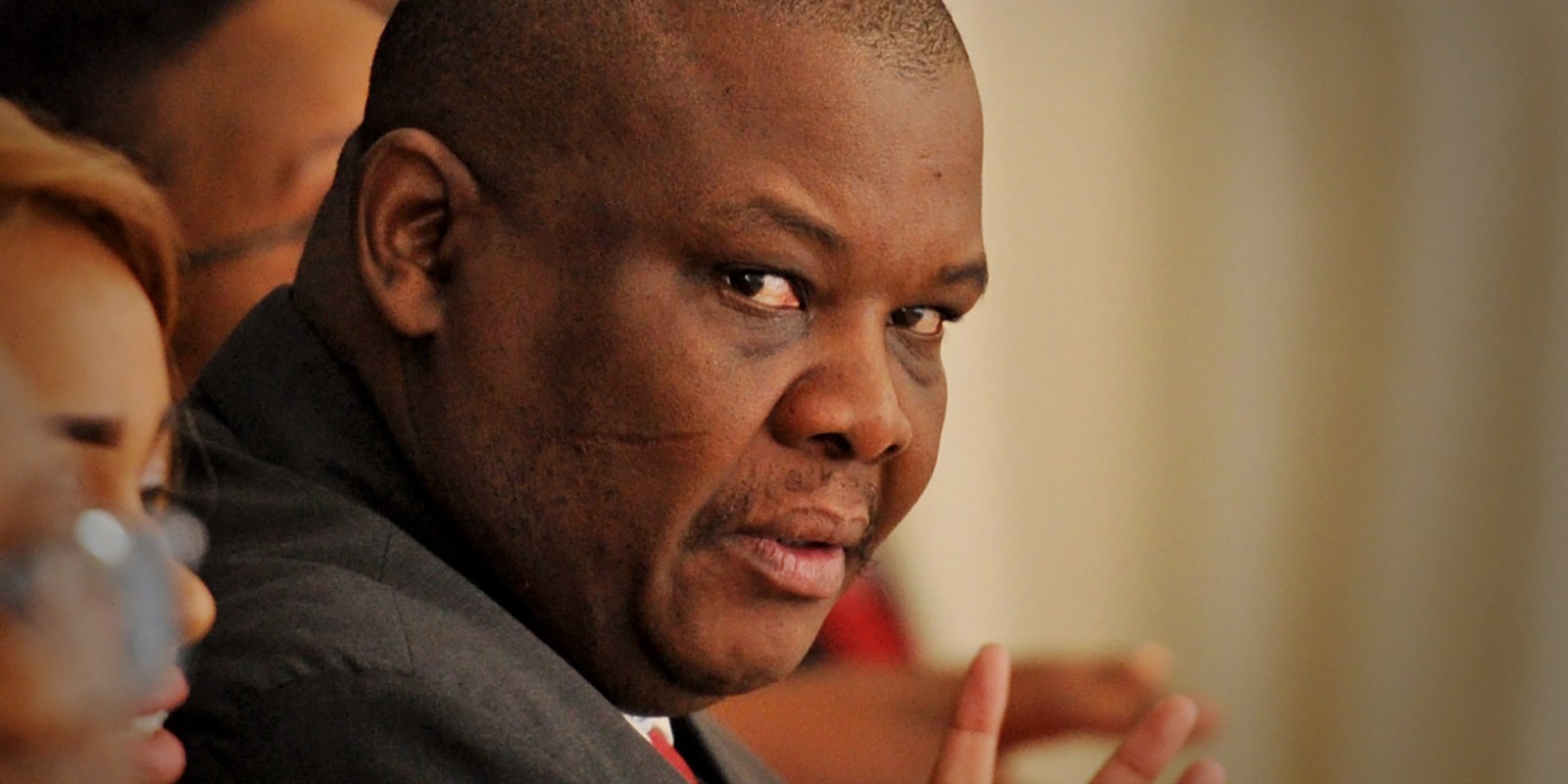 Gautrain commuters can expect water supply to resume on Thursday after a crippling three weeks of no water which has affected daily operations at the Sandton station.

Gauteng MEC for Public Transport and Roads Infrastructure, Jacob Mamabolo, announced at a media briefing at the Gautrain offices in Midrand that water would be reconnected at the Gautrain Sandton station on Thursday 3 October — after the supply had been cut for three weeks.

On 6 September 2019 Johannesburg Executive Mayor Herman Mashaba ordered the city to cut the water supply to the station until R8-million in outstanding debt accrued by landlord and alleged Gupta-linked company Cedar Park had been paid. But the company is facing liquidation and it seems it will not be paying the debt now — or ever.

Concessionaire, Bombela Concession Company, which had claimed unfair treatment after paying its water accounts in full, took the matter to the South Gauteng High Court after the City refused to negotiate an out-of-court solution to the billing problem between itself and Cedar Park. Bombela and the City of Johannesburg have now come to a settlement agreement that has been made an Order of the Court, whereby the city has agreed to install a separate water supply metered directly to Sandton station.

The terms of the settlement stipulate that Bombela will pay R120,000 to the City for the water supply.

Mamabolo blamed Mashaba for peddling a “false narrative” about the Gautrain Sandton station running on the basis of a landlord-tenant arrangement with Cedar Park. He accused Mashaba of using the issue to “play politics for his own self-serving purposes”.

In the statement, the MEC said the land on which the Gautrain Sandton station was built had been acquired in 2006 from the City of Johannesburg under the Gauteng Transport Infrastructure Act, to build and operate a railway system. The Gauteng Provincial Government paid the City R160-million for this right.

“This means that the Gautrain is and never will be a tenant. Something the Executive Mayor of the City (and lately chief whip of the DA) fails to understand and did not understand,” reads the statement. “That doesn’t happen anywhere, and everyone should have known that,” Mamabolo said.

Mamabolo said the City of Johannesburg could have resolved this matter earlier and that it didn’t have to take more than three weeks to reach agreement. The MEC believes the City ultimately gave in because it realised it did not have a case against Gautrain and the provincial government.

“When I pleaded with the mayor to make water available, he said he will meet me in court. I went to court yesterday and he was not there. When I got involved in this matter, I did say the City would have done a far better job had it approached Mbombela and Gautrain Management Agency (GMA) for discussions; they would have realised that we don’t owe them money. But even more worrying is that the mayor has been pushing a narrative in the public which I must say is very pathetic, to say the least,” he said.

Mamabolo said the City was responsible for bulk provision of water.

“That Gupta company is under liquidation. They knew R8-million is gone and this was a trick to try… have Gautrain foot the bill.”

Mamabolo said he will submit a request with provincial MEC for Co-operative Governance Lebogang Maile to investigate the conduct of the mayor.

GMA chief operating officer William Dasch also expressed shock at the City’s conduct. He said the GMA had been caught completely off guard.

“To be blindsided by a City action wasn’t on our radar and we pride ourselves in having looked at every risk that can materialise. We were never expecting that Mbombela, having paid their water bill, the connection would be cut. We are going to engage with commuters, and we owe them an apology. We are going to — as the MEC has highlighted — put in place measures for a more permanent solution to water supply and have a wider look at what else could possibly impact on the service offering.”

Mamabolo said he would be at the station on Thursday until 4.30pm. If the water supply is not back by then, he will apply for urgent court action and lay a charge of contempt of court.

“That’s why we made this issue an order of court. A court application for non-compliance (with a) court order will also change my approach completely on claiming legal costs. I will also bring legal costs personally against Mashaba because he did not have a case in the first place,” Mamabolo said.

The City is in the process of installing a new water meter after the Bombela Concession Company payed R136,000 to cover the water connection and associated installation costs.

In addition, the City said the out-of-court settlement was in the best interests of thousands of residents who used the station daily.

“The Mayor has never insinuated that this is the Provincial Government’s fault and his position on this matter has not changed.”

He said he had noted “with concern” Mamabolo’s “misleading public comments”. The City did not have an account with Gautrain for its Sandton Station, he said.

“Therefore, it had never received a bill from the City, and it would not be able to determine its individual water usage and the costs thereof. The fact that it paid money directly into Cedar Park’s account with the City, did not mean that its water consumption had been settled.”

Mashaba has not wavered from his position that failure to pay municipal debts negatively impacts on service delivery, which is budgeted for on revenue generation forecasts — and that it is especially unethical for a high-consuming private company to expect government to incur costs while providing it with free services. DM