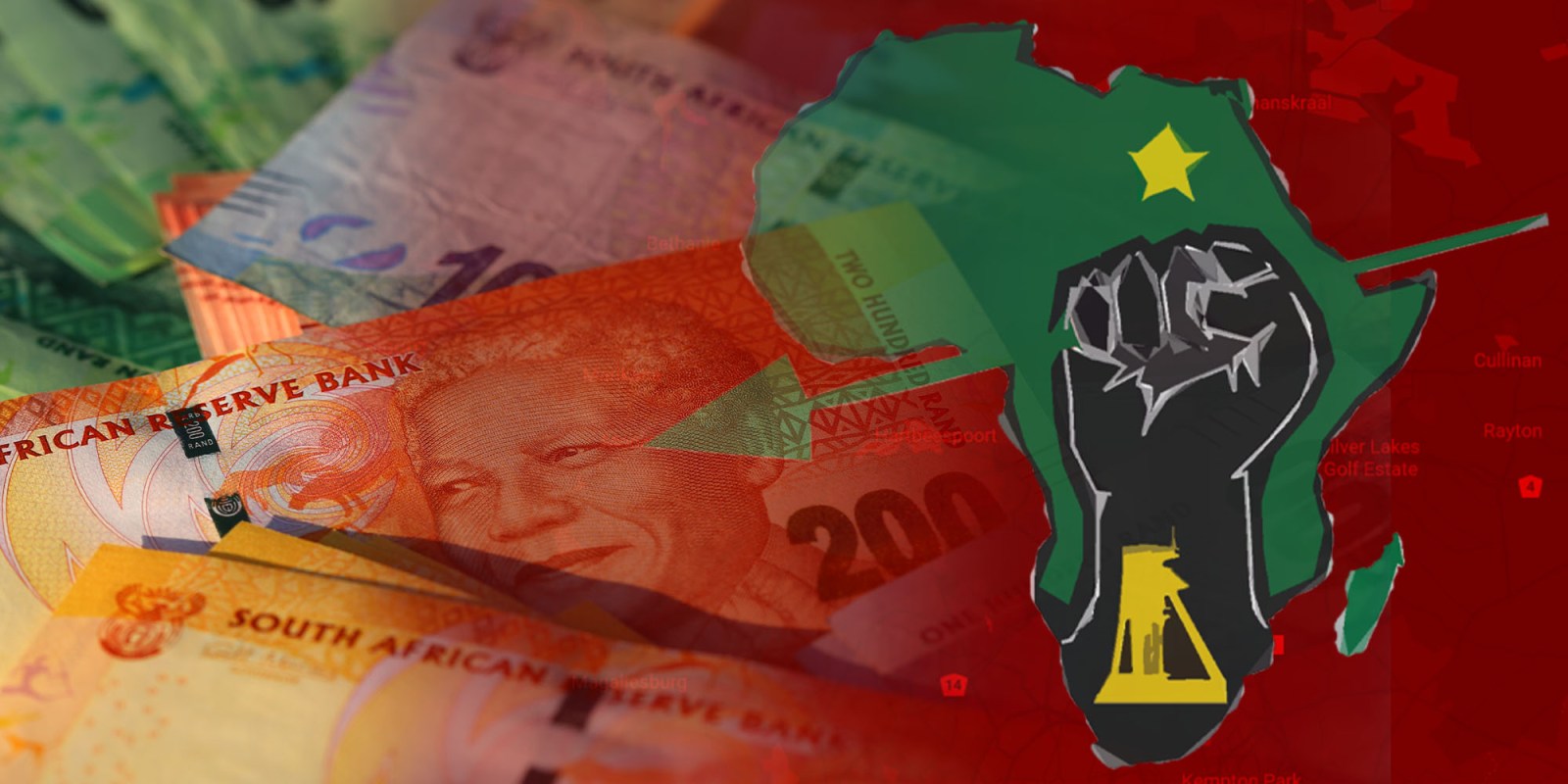 There can be little doubt tenderpreneur Hendrick Kganyago’s payments to three companies linked to EFF leaders was related to his fuel supply to the City of Tshwane. Contracts in other areas where his companies are active may have featured too.

The city advertised the tender for a new multi-year contract – which he held at the time – in mid-2018. His payments, R15-million in total up to the end of August 2019, started shortly thereafter. Two early transfers were even referenced “fuel payment”.

Rounded-off sums can be a giveaway that no legitimate goods or services are being delivered. Kganyago’s payments were perfectly round at first: 11 tranches of R250,000, R500,000 and R1-million were made until 23 November last year.

There then followed an apparently clumsy attempt to disguise things by tacking small change onto those amounts, such as an oft-repeated transfer of R501,200. This started on 7 December, the first tranche coming after we exposed City of Johannesburg contractor Afrirent’s payments to Julius Malema’s Mahuna Investments on 29 November 2018.

And while Kganyago might claim he paid one of Mahuna, Santaclara Trading or DMM Media while unaware of its EFF links, such a claim would be unsustainable given that he paid all three.

Alternatively, Kganyago might claim he was making legitimate donations to the EFF. If so, he would have to explain why he paid it to obscure companies linked to EFF leaders rather than directly into party accounts. The intent to disguise seems clear.

These factors suggest corruption, but for what purpose?

There is a growing body of evidence that EFF leaders are extracting “rent” from procurement streams in areas where they have, or may be perceived by contractors to have, sufficient power to influence procurement outcomes. This would apply pertinently to the cities of Johannesburg and Tshwane, where the EFF emerged as kingmakers after the 2016 municipal elections.

Are contractors paying the EFF or its leaders to intervene in specific tenders? That seems likely, given both the timing of some payments and what we have heard about EFF central command member, Marshall Dlamini’s meetings with officials in both cities (which he denies). DMM Media is connected to Dlamini.

Beyond that, the ongoing nature and regularity of Kganyago’s payments suggest the same “mutually beneficial symbiosis” that Judge Hillary Squires found had existed between Schabir Shaik and Jacob Zuma.

This is consistent with what a former Johannesburg executive told us about Dlamini and Afrirent: “He said to me, there’s this tender coming, we want a company that works with us [our emphasis] to get it.”

In the six months before the tender was awarded, while Kganyago was the sole incumbent of the contract, he paid those entities an average of R1.8-million a month. In the first six months of the new tender, when the contract was split between BBT and two other firms, he paid them a little over R600,000 a month – roughly a third of the previous sum.

So it looks like Kganyago’s “obligation” reduced along with his takings from the city. Kickbacks – secret, illicit cuts from revenue – in the purest sense of the word.

But did the EFF or its leaders exercise illicit power to advance Kganyago’s business interests?

The extent of the City of Tshwane’s errors – not calling BBT’s bluff, which got it ranked highest despite being expensive, and then overpaying BBT and the other two successful bidders by R2.6-million each month – suggest that possibility, but that smoking gun has yet to be found.

But that is not a necessary condition.

The Prevention and Combating of Corrupt Activities Act provides that the offence of corruption arises not only where power is in fact abused in return for gratification. If gratification was accepted for the exercise of power, it is no defence to say you did not have the power, did not intend to use it, or did not use it.

Kganyago and the EFF have not deigned to respond to us. They owe the nation an answer. And, we think, the courts. DM

The amaBhungane Centre for Investigative Journalism, an independent non-profit, produced this story. Like  it?  Be  an  amaB  Supporter to  help us do more. Sign up for our newsletter and WhatsApp alerts to get more.