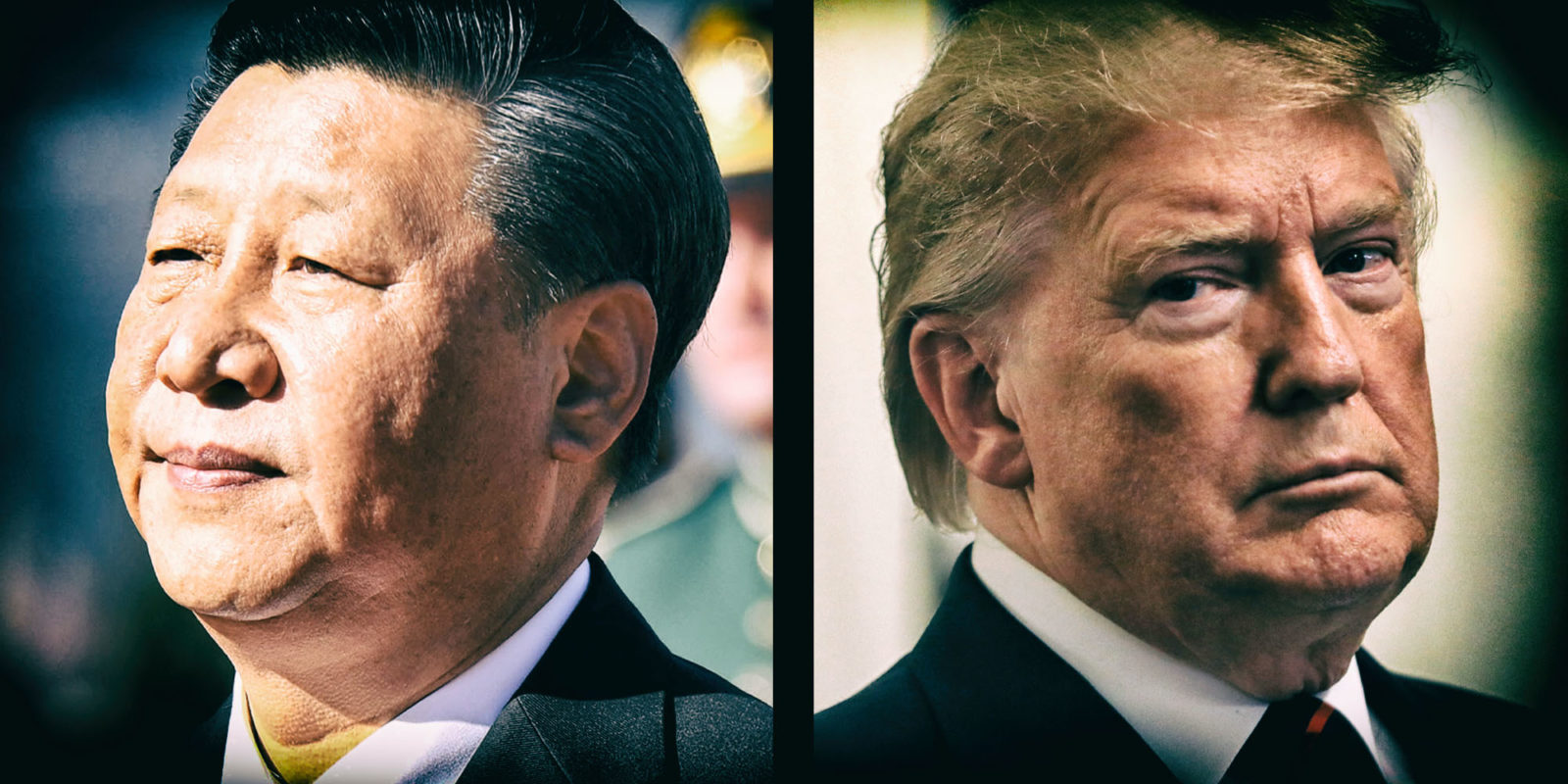 The US is seriously considering how to break equity investor ties with China, which would hail the arrival of capital controls and most likely provoke a bruising retaliation from the Asian giant. Are we seeing the tipping point that will usher in a completely divided East and the US, and what impact is this likely to have on the world and emerging markets?

Reports that the White House is considering imposing capital controls on US equity investments in China has the potential to redraw the world economic map — and Asia could be the primary beneficiary.

On Friday, Bloomberg broke the news that Trump administration officials were discussing ways to limit US investors’ portfolio flows into China “in a move that would have repercussions for billions of dollars in investment pegged to major indexes”. What this potentially means is that US government pension funds will not be allowed to invest in Chinese assets.

Serious discussions of this nature in the White House less than two weeks before a senior Chinese delegation travels to Washington to negotiate a trade resolution could do irreversible damage to already tenuous US-China relations. Looking back, this could prove the tipping point that ushers in a complete economic delinking between the two superpowers, since it is becoming increasingly evident that the mounting tensions are, indeed, the visible manifestations of a deep-seated political and ideological fight for global supremacy.

But why would the US decide on such a radical move? As China has become more open to foreign investors, so US investors have flooded in, seeking the spoils of a still faster-growing mega-economy. The increase from 5% to 20% in the China A-shares inclusion factor in the MSCI Emerging Markets Index earlier in 2019 has also meant that China is an automatic beneficiary of any benchmark-related investment flows into emerging markets.

However, given that China is still a Communist Party-managed economy, there are concerns that what you see is not what you get and this raises governance risks that are far less prevalent in the free market economies that predominate in the developed world. Also, the financial market reality is that the Party could change the rules of the game whenever it deems fit.

“One of the most extreme arguments for cutting China off from American capital — advanced by Navarro and outside advisers like Steve Bannon — is that US investments in Chinese companies or on China’s exchanges mean that Americans are unwittingly giving financial support to the Chinese Communist Party and a rising strategic and economic rival.”

What does this mean for the globe?

A decision preventing US portfolio flows into Chinese equities at a time when the Chinese are opening their arms to freer foreign portfolio investments would not only hurt the Chinese, but the US too. Such a divisive move would have profound ramifications for the global macroeconomy; in all likelihood creating a gaping divide between the East and the US.

It would undoubtedly provoke a bruising retaliatory response from the Chinese; one that could seriously disrupt already nervy world financial markets. As a significant investor in both the US fixed interest and global equity markets, China, which owns more than $1-trillion of US government debt, could invoke investor panic by disinvesting substantial stakes it owns.

At the extreme, current developments could result in a complete divide between the two superpowers, resulting in two completely separate economic and technological systems.

Oxford Economics, in its forecasts for the next two decades, expects economic and technological interaction with the West to slow but continue, “avoiding such a drastic decoupling”. Authors Louis Kuijs and Gary Duncan say:

“Importantly, we do not expect other major developed Western countries to shift fully behind potential US tactics. This matters as the US accounted for only 14.4% of China’s trade in 2018.”

Meanwhile, McKinsey, in a recent discussion paper on the future of Asia, highlights what a future Asia could look like, predicting that the Asian century has begun. It explains:

“Already the world’s largest regional economy, Asia is set to continue to grow in scale and influence. This region is at the forefront of shifting patterns of globalisation, and is indeed shifting faster than the rest of the world, suggesting that it is Asia more than any other region of the world that will shape the next phase of globalisation.”

So while US trade and capital control ructions would threaten to derail China’s economic and technological stability in the short- to medium-term, in the longer-term China, and the rest of Asia, would certainly recover and become a global powerhouse, putting paid to the US’s aspiration to remain the leader of the free world.

McKinsey predicts that by 2040, the Asian region could account for more than half of global GDP and about 40% of global consumption. This is evident in the economic statistics, with Asia’s share of global goods trade increasing to 33% from 27% in the decade to 2017. Meanwhile, its share of global capital flows comprised 23% by 2017, worldwide patents 65% and global container-shipping traffic 62%.

It adds that Asia is becoming “more Asia”, with the region’s growth more broad-based and sustainable as its constituent economies increasingly integrate with one another. Intraregional flows are already significant.

“Moving within the region are 60% of goods traded by Asian economies, 59% of foreign direct investment, 74% of Asian air travellers, and 71% of Asian investment in startups.”

What does this mean for emerging markets, including South Africa?

Emerging markets had a taste of things to come once the news came out on Friday, with emerging market currency indices plummeting immediately. Should the US continue down this path, volatility and uncertainty would continue to predominate for the foreseeable future. Emerging markets, including South Africa, would bear the brunt of this, with investors ever more eager to squirrel away their funds in safe havens, which will, no doubt, prove harder to find. High net worth investors are already reportedly shifting their investments into cash.

In this nowhere-to-run, nowhere-to-hide environment, panic is the last thing anyone should do. These are likely to be seismic changes that take many years, perhaps decades, to unfold. For now, however, it’s probably best to buckle up and go with the ride. BM