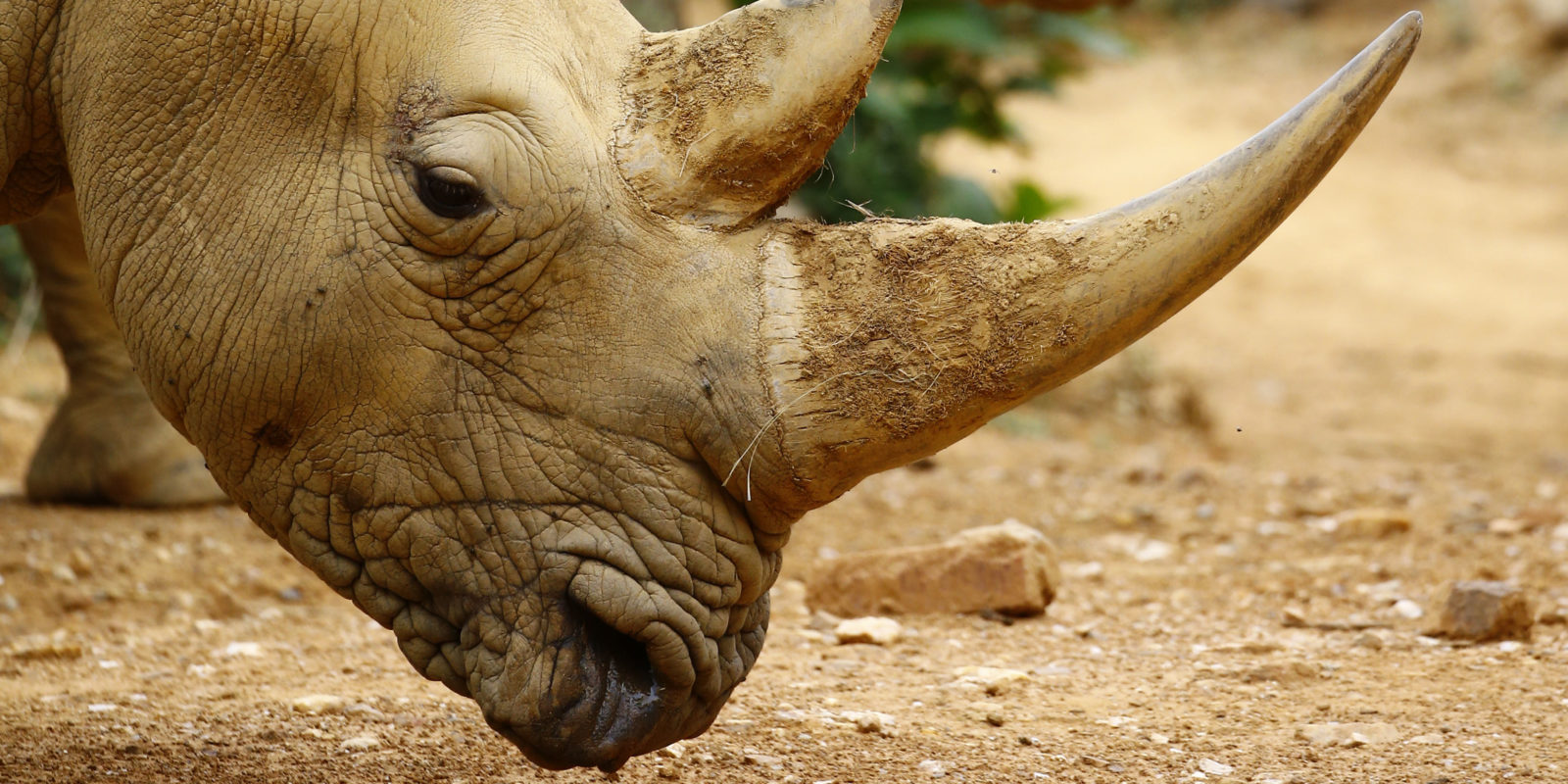 Rhino rancher John Hume has a horn stockpile of about five tons. The stash could fetch about $275-million (R4-billion) or more. (Photo: EPA-EFE / Kim Ludbrook)

John Hume, owner of the world’s largest private rhino population, put his Mpumalanga nature estate up for auction in a bid to raise badly needed cash to maintain his herd. The auction was a flop and time may not be on his side, raising an unusual question: what to do with more than 1,700 white rhinos?

John Hume, a proud owner of more than 1,700 white rhinos, put his 6,600ha Mauricedale Nature Estate, south of the Kruger National Park, up for sale. Hume, who for more than two decades has built up the world’s largest privately-owned population of rhinos, says he needs to raise capital to maintain his breeding operation. But the auction on Wednesday 25 September was a flop, with no bids received – perhaps no surprise in the current economic climate – so he is back at the drawing board.

“We have to put our thinking caps on,” Hume told Business Maverick. “The estate has been stuck in drought for four years so we could schedule another auction for March or April when, hopefully, weather permitting, the property will look more vibrant.”

Hume, who made a fortune in real estate and hotels before pursuing his pachyderm passion, said he had other fund-raising initiatives on the go. But his main hope rests on an application, made through the Department of Environmental Affairs (DEA), to have his rhino ranch in North West granted “captive breeding” status by the Convention on International Trade in Endangered Species (CITES). CITES is the UN convention that regulates the global trade in wild flora and fauna and parts derived from such species.

A captive breeding designation does not require a consensus decision by the member states at the CITES triennial big meetings – it can be made in between with far less fuss. If Hume’s operation gets such a status, he could trade rhino horn legally on global markets – making the initiative controversial, to say the least. The DEA does not comment on such applications until the process is complete and it is hard to get a read on its position on this issue. There is a lot at stake.

Hume regularly and at great expense darts and dehorns his rhinos and has built up a horn stockpile of about five tons. This stash could fetch about $275-million (R4-billion) or more, if reports about the street price in Asia are accurate. Rhino horn is coveted in Vietnam and China for alleged (and almost certainly bogus) medicinal properties, which has sparked the surging demand behind the poaching crisis of recent years.

Private herds have been better protected than those in national parks, helping to prop up the species’ numbers in the face of the poaching onslaught. About half of South Africa’s rhino population is now in private hands and Hume alone owns about 7% of the global population of 25,000 animals (which includes three Asian and the two African species). If and when Hume runs out of finance options, it is going to be interesting to see what fate befalls his herd. Would anyone want to buy more than 1,700 rhinos in a fire sale? BM