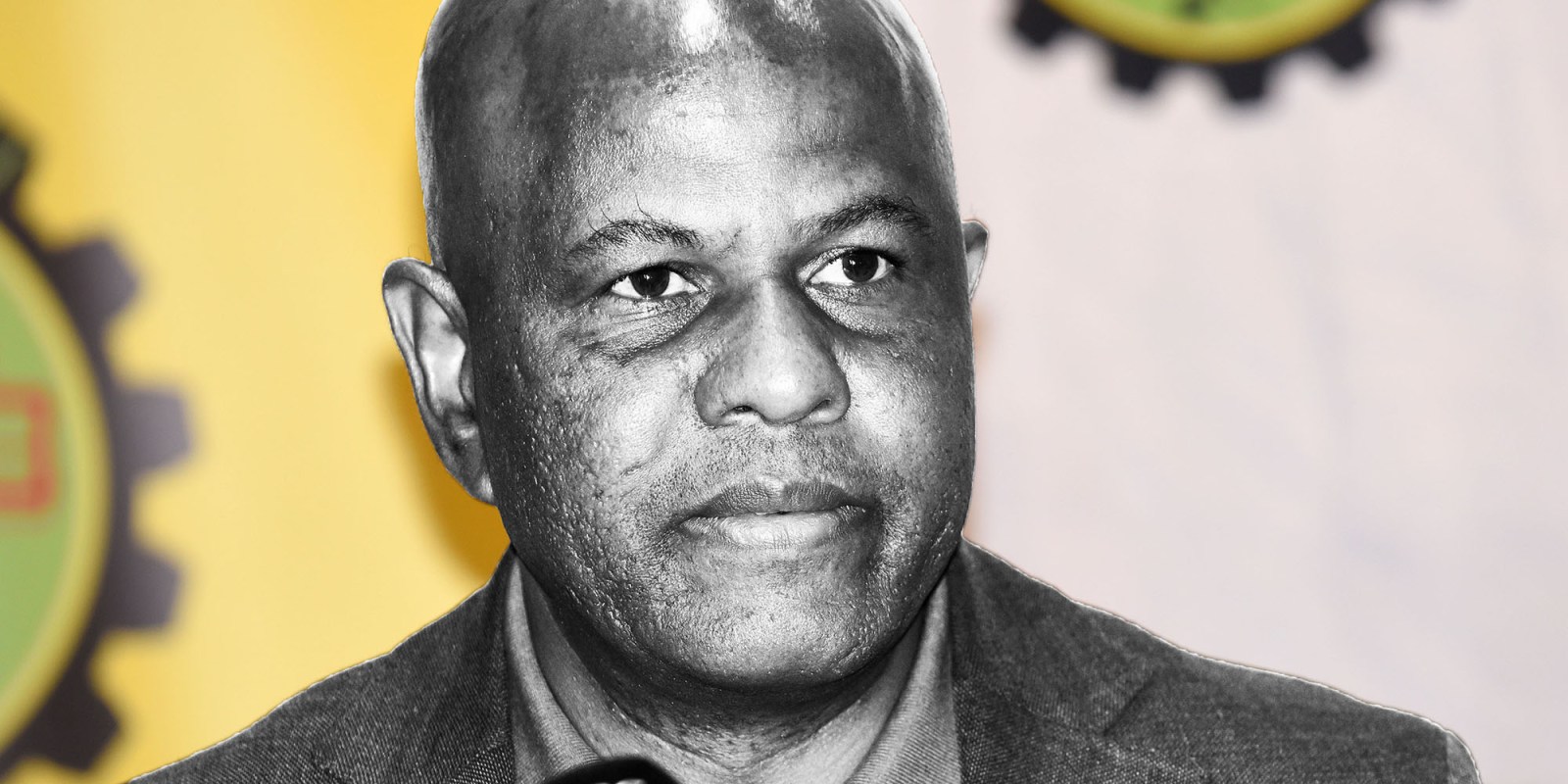 The Amcu union is holding its first elective conference in six years, a move that has helped it dodge the bullet of deregistration by the labour department. It is hard to imagine founder and president Joseph Mathunjwa not remaining at the helm.

The Association of Mineworkers and Construction Union (Amcu) kicked off a three-day national elective conference on the East Rand on Wednesday 18 September. This was overdue and the union had faced the prospect of having its status revoked by the Department of Employment and Labour over its failure to comply with various regulations – a threat that was withdrawn earlier in September.

Several positions have been open for nominations including that of the president, but they have so far been uncontested, though nominations from the floor can still come.

It is hard to see Joseph Mathunjwa, who founded Amcu almost two decades ago after he fell out with the National Union of Mineworkers (NUM), not retaining his position as president.

“Mathunjwa is the centre of the organisation which is centred around him as a strong and charismatic leader,” Crispen Chinguno, a senior lecturer at Sol Plaatje University, who has studied Amcu extensively, told Business Maverick.

“The leadership of a charismatic individual is not necessarily drawn from formal structures but is based on unique individual characteristics. He thus holds the union under his spell.”

Mathunjwa, in part by the sheer force of his outsized personality, has been the driving force behind Amcu, which exploded from obscurity on the platinum belt in 2012. The union was at the centre of the violent wildcat action that culminated in the police shooting dead 34 strikers at Marikana in August 2012. It now claims 250,000 members. It is certainly the dominant union in the platinum sector, where it has declared a dispute with producers including Sibanye-Stillwater and Anglo American Platinum (Amplats) in wage talks.

A strike, if there is one, probably remains some way off in the platinum sector, which has been rocked in the past by protracted Amcu industrial action.

The conference is also an opportunity for Mathunjwa to further tighten his grip on Amcu, after the spectacular failure of a strike at Sibanye’s gold operations that saw its members forced to sign the same deal agreed by rival unions after five fruitless months of striking. That potentially raises the risk of a platinum stoppage – Mathunjwa may feel he has something to prove – though legislation requiring secret ballots for strikes could put that to the test.

Amcu strikes that have been called in the past have typically taken place during open-air rallies attended by thousands of members ginned up by Mathunjwa’s strident calls for class warfare. A show of hands is called, and it would be a brave or foolish attendee in an Amcu shirt who voted “nay” in such a setting. Amcu has always denied persistent allegations that it uses violence and intimidation to keep its rank and file in line, but there can be an air of menace at such gatherings, and its strikes often trigger bloodshed.

A secret strike ballot may show the true extent of Mathunjwa’s influence, regardless of the outcome of Friday’s leadership vote. BM