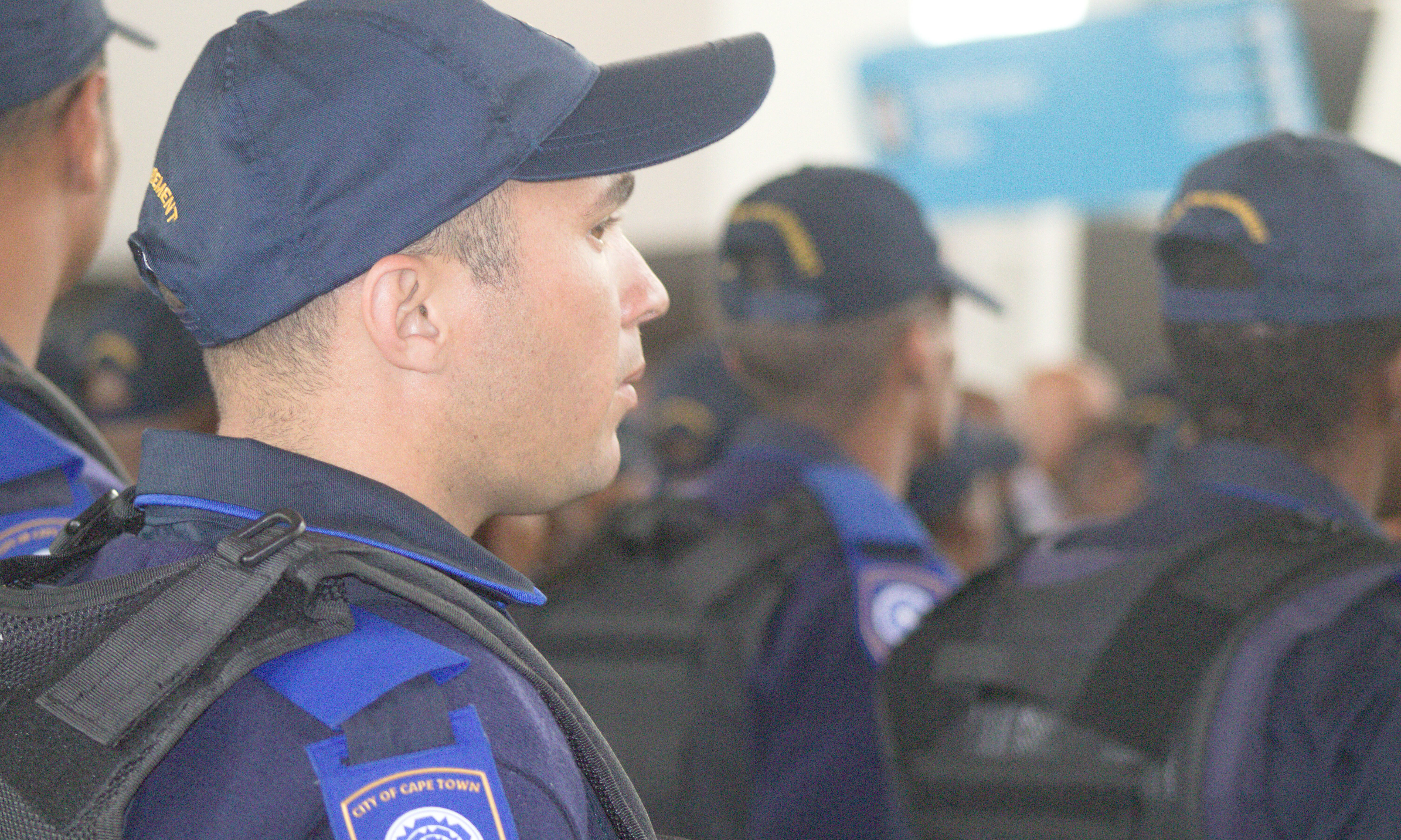 A rail enforcement unit officer during a parade at the Cape Town station on Wednesday morning. The unit started its work on the 15th of September, according to JP Smith from the City of Cape Town. Photo: Suné Payne, 18 September 2019

The Rail Enforcement Unit jointly run by Prasa, the City of Cape Town and the Western Cape government has officially been extended for another year to improve safety on Cape Town’s embattled rail service.

“The frustrations of our commuters are being heard and taken seriously,” said Nkosinathi Sishi, the acting Group CEO of the Passenger Rail Agency of South Africa (Prasa) on Wednesday morning at Cape Town Station.

The unit was initially launched in November 2018, comprising 100 rail officers, at a cost of R46-million, split between Prasa, the City of Cape Town and the Department of Transport and Public Works of the Western Cape government. This comes after a memorandum of agreement was signed between the three entities in February 2018 to from the unit.

The unit will operate on all train lines within the city – the Northern Line, Cape Flats Line, Southern Line and Central Line, which previously has been where the most vandalism and cable theft occurred, which left commuters vulnerable to criminals who could easily rob them of their valuables if trains were stationary at stations in gang-affected communities.

“Because of our commuters we are here to serve, I can only commit as Prasa to ensure that we get better and better,” said Sishi.

Smith, the mayoral committee member responsible for Safety and Security, said the unit had already been operational since 15 September. “This unit has been busy… We’ve got a big job to do, we’ve got to help Prasa get the trains on time, the commuters safe, then we can slowly fight back against this scourge of infrastructure damage.”

In the unit’s first year, the unit recorded successes between 27 October and 30 June, which included:

When asked by journalists what would be different this time, it was Smith who answered: “More emphasis on investigations, a little bit extra from us, we will add some muscle to Prasa’s investigative unit,” he said. DM