‘Fair use’ in new Copyright Bill benefits everyone 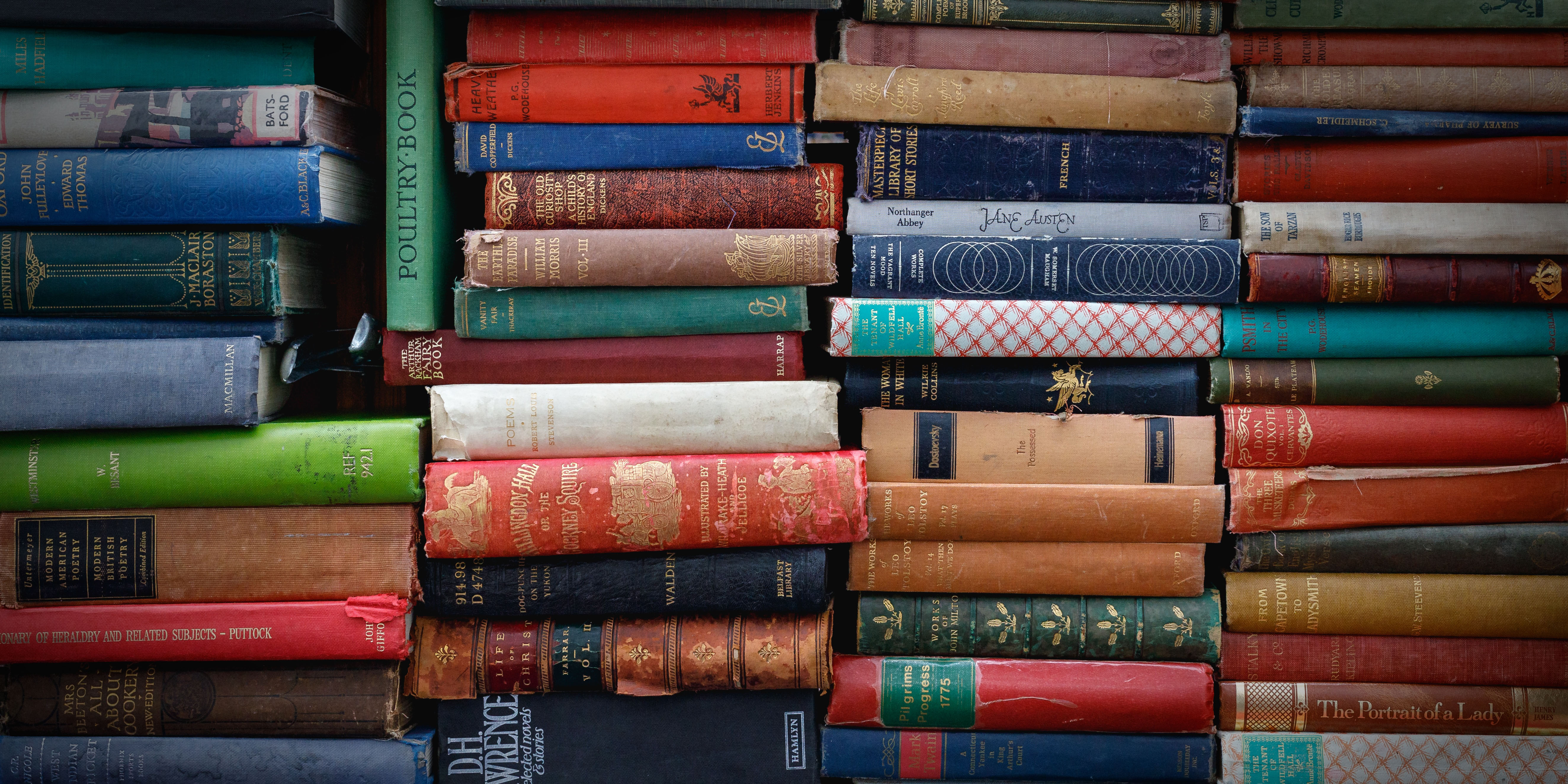 South Africa’s Copyright Amendment Bill is on President Cyril Ramaphosa’s desk awaiting his signature. It aims to benefit both creators and the public, but has come under attack from some in the publishing and broadcast industries.

Much of the debate over the Copyright Amendment Bill concerns so-called “fair use”. Fair use systems, such as those used in the US and other countries, allow copying or reproduction of short quotations from books or video clips from the news, as long as that reproduction is fair.

Some guidelines on how to judge fairness are set in law, but some things are left to the courts to interpret. Critically, in the US, and under the Bill on the President’s desk, the financial impact on the copyright holder must be considered when judging fairness – which means under fair use systems piracy remains an infringement of copyright, just as it is now.

Opponents of South Africa’s mooted new law claim fair use provisions in Section 12 of the Bill are excessive and far exceed those of the US. They say this will become the only country in the world with such extensive rights for users. They warn – in ongoing media campaigns and at seminars – that this will be “extremely catastrophic” for authors and publishers in South Africa and that foreign investors will no longer invest in the country’s creative industries.

This is an exaggeration and fear-mongering at best. The Copyright Amendment Bill’s fair use provisions are not unique, nor are they far broader than those of the US.

For the purposes of clarity for users and producers of copyright works, the Copyright Amendment Bill specifically lists examples of acts permitted under fair use, but all those acts would be covered under “such as” in the US fair use provisions. The US fair use provisions are extensive, too, but only a number of permitted acts are actually specified. For example, text and data mining is not itemised in the US fair use, but would be permitted, as would the use of extracts in course reserves for educational purposes, e-mailing a screenshot to a colleague, playing an audio recording for history students or a music remix for music students, etc. For other examples, click here.

Large multinational conglomerates in the US – and US organisations such as Walt Disney, Paramount Pictures, Sony Pictures, Universal City Studios and Warner Brothers – use and benefit substantially from fair use every day. They have become extremely wealthy because fair use has enabled them to access, use, re-use, remix and transform third-party material into new creations, innovations and inventions – without having to apply for copyright licences or pay heavy copyright fees each time.

The same organisations are now lobbying strongly to stop South Africa’s President from signing the Bill. They claim it is not in line with the WIPO Copyright Treaty and would “undermine SA’s creative communities”.

How ironical. They are applying the “kick away the ladder” strategy towards developing countries.

Ha-Joon Chang, in his book “Kicking Away the Ladder: Development Strategy in Historical Perspective”, highlights the paradox that many of today’s high-income countries did not pursue strict policies when they were climbing the economic ladder of success in the 19th century. Rather, these countries took advantage of less developed countries and implemented high tariffs and sectoral industrial policies, delayed the introduction of democratic reforms, stole industrial technologies and intellectual property from one another and other countries, did not have independent central banks, and so forth. Only when the US became a lucrative exporter of intellectual property did it sign the Berne Convention.

In Chang’s view, developed countries are hypocritical when they seek to deny developing countries access to the same policy tools and intellectual property benefits they have enjoyed for decades. This is basically to ensure they do not benefit from the same legal flexibilities.

It is a selfish, monopolistic attitude towards developing countries, which are generally importers of intellectual property and pay exorbitant amounts for resources and copyright licences to developed countries.

Walt Disney Studios and the other organisations would not be where they are today without the benefits of fair use, yet they want to deprive South Africa of these benefits and exceptions for education, research, libraries and archives, galleries and museums, and for people with disabilities.

South Africa is a developing country with an ailing economy, high levels of poverty, unemployment, illiteracy and low educational standards, high costs of textbooks and other learning materials. Its copyright law needs progressive and flexible copyright exceptions – as in the amendment Bill – to enable its citizens to access information so they become educated and can develop, create, innovate and become active citizens in the global village.

Because of the flexibility of fair use, the US boasts the largest and wealthiest publishing, IT and entertainment industries in the world. One must question why said organisations are trying so hard to stop this Bill.

Is it because they earn billions of dollars every year from copyright fees from developing countries? Are their profit margins far more important than the dignity and human rights of people in South Africa? Is their profit line more important than giving children the opportunity to access learning material to be educated and to progress to tertiary education or employment in the future?

Are the figures on their income sheets more important than giving access to people with disabilities, who up to now still experience what the World Blind Union describes as a “book famine”? Is bullying South Africa into a copyright straightjacket not just a new form of colonialism?

The US is not the only country with fair use in its copyright legislation. Ten other countries have adopted it and there has been no “catastrophic disaster” in their publishing and entertainment industries.

Copyright laws in all countries borrow ideas and principles from international treaties and from the domestic law of other countries. We should never shut out good ideas, even if we did not invent them.

The more restrictive “fair dealing” system in our current Copyright Act is outdated, limited, static and does not address the digital world, nor the demands of the 21st century and the Fourth Industrial Revolution. Fair dealing only allows a closed list of acts without having to get permission from rights-holders, whereas fair use is an “open-ended” list, allowing more flexibility when using material, especially in the digital space.

Fair use is progressive, dynamic, future-proof and digital-friendly. Fair use has been used in courts in the US and Europe for about 200 years so there is a wealth of jurisprudence to draw on. Other countries with fair use are developing their own jurisprudence, as will South Africa, as it has been doing on constitutional issues since 1994.

Our judiciary will decide on appropriate restitution where necessary. It does not have to specify punitive and/or statutory penalties in the Bill to be able to apply appropriate restitution. Each case will be determined on its merits and will create appropriate precedents for future cases. Not every case will have to go to court for interpretation of the application of fair use, since there are already many useful online Best Practice Guidelines on Fair Use that will assist users, producers and creators of information, when using copyrighted material.

The Bill provides for a Copyright Tribunal to avoid court litigation, where possible. There are also pro bono legal services in various institutions and legal firms around the country that will assist people who do not have the financial means to take infringement matters to court. As precedents are made, they will provide guidance for future cases.

The first case on fair use was in Folsom v Marsh 9.F.Cas.342 (C.C.D. Mass 1841). Fair use was coded in the US Copyright Act of 1976 and has not had to be amended as it applies to new technologies as they arise. Its four criteria or factors give clarity to what can be used and reused.

Fair use has been supported in various documents around the world and in South Africa. For example:

The existence of a general fair use exception that can adapt to new technical environments may explain why search engines were first developed in the USA, where users were able to rely on flexible copyright exceptions, and not in the UK, where such uses would have been considered infringement”.

In its concluding recommendations, WIPO states:

The South African copyright regime does not include exceptions and limitations for the visually impaired or for the benefit of people with any other disability (e.g. dyslexics) as well as for technological protection measures (such as encryption of the protected material) and electronic rights management information (such as digital identifiers). Furthermore, despite the existence of exceptions for purposes of illustration, for teaching and research, the legal uncertainty surrounding the use of works has led to the conclusion of agreements between the collecting societies and educational establishments to the financial detriment of the latter. As exceptions have the potentials to create value (Gowers Review, 2006), we suggest that DTI should review the Copyright Act in order to introduce limitations in accordance with the Berne Convention three steps test (article 9(2)) and with the fair use provision and to clarify clauses as necessary.

The Copyright Amendment Bill is supported by large multinational, regional and local organisations, institutions and individuals. It has also been hailed as a possible model for other countries.

There has been fear-mongering in the media about fair use. But, despite warnings of catastrophe, publishers, authors and creators continue to prosper in countries with fair use. There is no reason why the publishing and creative industries in South Africa should not prosper too. DM

Denise Nicholson is scholarly communications librarian at the University of the Witwatersrand.