Boys to violent men: What we know, and what we can do 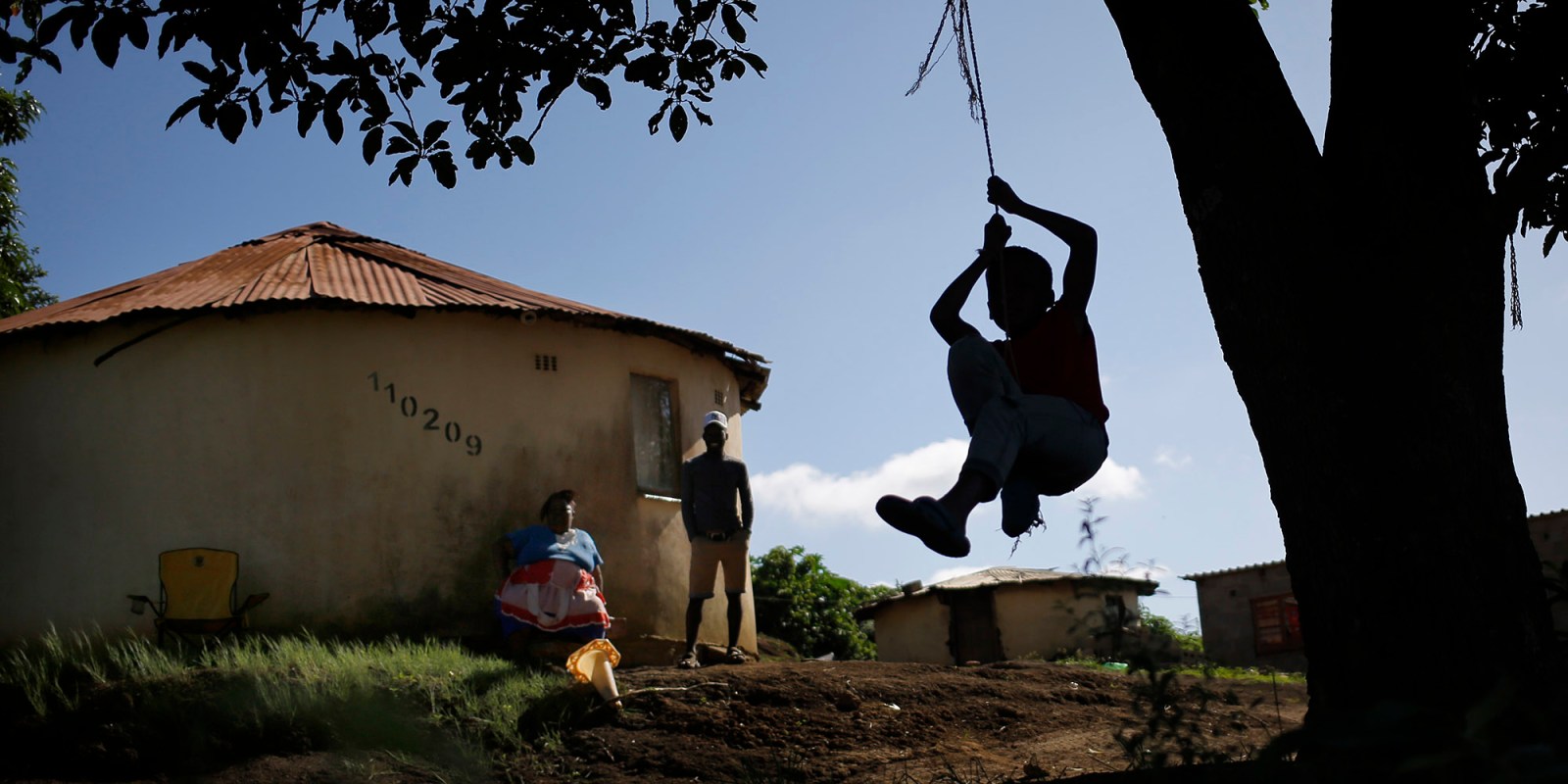 A young boy hangs from a homemade swing in a tree near his family mud hut in the Valley of a Thousand Hills near Durban, South Africa, 03 January 2018. (PHOTO: EPA-EFE/KIM LUDBROOK)

We don’t need more research, we need action. Some of what must be done is already outlined in South African laws and policies. The Children’s Act, for instance, makes violence prevention interventions mandatory.

Earlier this week, Minister of Basic Education Angie Motshekga said in Parliament we need to undertake more research into why some boys become violent men who abuse women, and what can be done to stop it happening. There are, indeed, knowledge gaps, but for more than a decade, rigorous studies have been undertaken in South Africa and elsewhere on specific determinants that result in boys becoming adults prone to perpetrating violence against women.

We also have some relatively good research data on how to interrupt and even prevent such pathways to violence. The World Health Organisation’s INSPIRE report, for instance, identifies key proven strategies and interventions that can prevent violence against children and strengthen norms that promote equitable relationships, which in turn can stop boys from becoming violent men.

A boy’s family structure and home environment play a central role in shaping the likelihood of him going on to committing violence against women (VAW). Growing up in a violent household, experiencing childhood abuse (emotional, physical and sexual), neglect, harsh discipline and lack of parental kindness are significant risk factors for VAW.

Boys who experience or witness abuse during childhood may perceive violence to be normal and acceptable behaviour within relationships. This increases the likelihood that boys will grow up desensitised to violence and regard violence as a legitimate means of resolving conflict in peer-on-peer and intimate relationships.

Childhood abuse and trauma is also a significant predictor of personal gender norms, in that men who suffered such abuse as boys are likely to adopt inequitable gender norms that emphasise male dominance.

There is also an association between high levels of childhood trauma and the development of anti-social behavioural tendencies in men, which may also increase the risk of violence perpetration, including VAW.

Adverse childhood experiences tend to have developmental effects, leaving boys with a sense of inadequacy, humiliation and anger, which can result in controlling behaviour and later manifest in various forms of violence. The experience of trauma may also lead to alcohol abuse, which in itself is a key risk factor for VAW.

Certain school and community settings may also increase the risk of males becoming violent, especially in environments where they are confronted by bullying and corporal punishment. Community tolerance and acceptance of VAW, as well as common acceptance of violence as a primary means to resolve interpersonal disagreements and disputes, may further increase the risks of VAW. Such risk is exacerbated where boys are raised with the notion that they are superior to, and can control, women and that women must be submissive to men.

We don’t need more research: we need action, and some of what needs to be done is already included in existing laws and policies. The Children’s Act, for instance, makes violence prevention interventions mandatory.

These interventions should be implemented as early as possible in a child’s life to maximise their effectiveness and minimise the complexity of the intervention: it is much easier (and therefore cheaper) to intervene in the pre-school years than after an adolescent is already in conflict with the law.

Such interventions should be both universal and targeted. Universal preventive interventions focus on the general population and seek to reduce the risk of harm to children throughout the country. In this regard, policies and laws and strategies should be established to provide parents with knowledge of child development, to improve parents’ relationships with their children and impart positive discipline skills.

Targeted interventions address the needs of specific populations known to be at risk of maltreatment. Most commonly these are vulnerable caregivers and their families who are severely affected by socioeconomic (such as poverty and unemployment) and psychological-related problems (such as mental illness and substance abuse), and aggression that place their children at risk of maltreatment.

Thus, it is critical for prevention programmes to foster nurturing and non-violent child-rearing among caregivers. Studies in South Africa have shown parenting programmes can encourage healthy and stable relationships between caregivers and children – work recognised by the World Health Organisation as a global example.

Recommendations for improving school safety and preventing violence in schools in South Africa have been made to the government. Reportedly, educators are receiving training in “positive discipline” to help them stop corporal punishment and improve classroom management.

However, it is clear the impact of this has been very limited as high rates of corporal punishment and violence against children in schools continue. More of this training should be done in schools countrywide, with monitoring to ensure effectiveness.

There is also robust evidence that bullying prevention programmes are effective, in particular, programmes where anti-bullying policy is clearly understood by learners and overseen by educators, where there is consistent playground and classroom supervision, where there is a firm and consistent discipline of perpetrators, and in parent meetings – with both victim and perpetrator. Successful programmes also include peer mediation, peer mentoring and encouraging bystander interventions.

We don’t need more research on the root causes of violence.

What we need, urgently, is an implementation of evidence-based laws, policies and programmes and – alongside it, as the Minister of Basic Education has suggested – research into how to deliver these effectively at the scale at which they are needed. DM