The climate crisis is everybody’s business 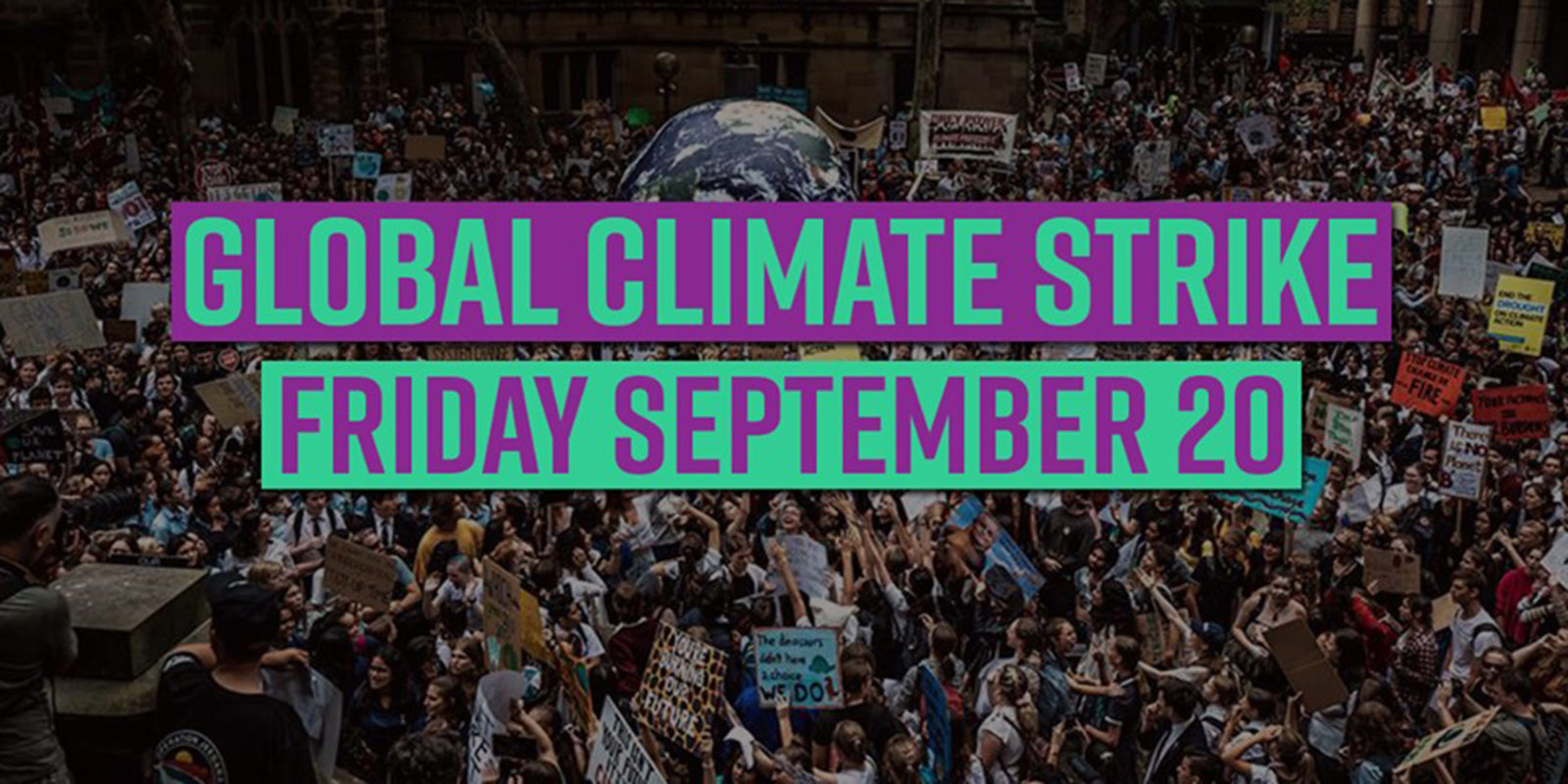 If the people of planet Earth, including the inhabitants of SA, see fit to rise to the call of Greta Thunberg and young people across the world, the global #ClimateStrike planned for 20 September 2019 will make history. The strike’s focus is the UN Climate Action Summit taking place in New York from 21-23 September. A global strike is a world first, its demands are simple: that governments and the private sector act NOW to drastically reduce carbon emissions.

This week Maverick Citizen begins a series of articles as part of our countdown to 20 September, the date of the planned global #ClimateStrike. We start with a heartfelt appeal from a pupil at Sacred Heart College in Johannesburg. In coming days, we will focus on the issues driving climate change and Maverick Citizens and organisations with ideas and campaigns about how to address it.

One cyclone that threatens human rights activists is the deluge of reports on climate change being issued by the United Nations (UN), international NGOs such as Greenpeace, experts and scientists. It’s just too much to keep up with. We drown in seas of research. Many of us experience report fatigue.

As a result, it’s easy to overlook important reports.

But one report you really shouldn’t have missed was issued in June 2019 by Philip Alston, the UN special rapporteur on human rights and extreme poverty. Its title is Climate Change and Poverty.

The report’s evidence and argument are damning. It is essential reading for every Maverick Citizen. But – to persuade you to read it – let me summarise its main arguments.

“To date, most human rights bodies have barely begun to grapple with what climate change portends for human rights.” (para 1)

He calls it a “marginal concern”, one “on a long laundry list of issues” that human rights activists address. To try and change this, Alston’s report marshals some of the evidence to show how: “Climate change threatens the full enjoyment of a wide range of rights” (para 8). For example, for those of us who work to advance the right to health, he cites a World Bank report that:

“At 2 °C of warming, 100-400 million more people could be at risk of hunger and 1-2 billion more people may no longer have adequate water. Climate change could result in global crop yield losses of 30 percent by 2080, even with adaptation measures. Between 2030 and 2050, it is expected to cause approximately 250,000 additional deaths per year from malnutrition, malaria, diarrhoea, and heat stress. With people in poverty largely uninsured, climate change will exacerbate health shocks that already push 100 million into poverty every year.” (Para 9, footnotes omitted)

For those concerned with advancing access to justice and good governance, he warns that in the worst affected parts of the world, rule of law and constitutionalism will be one casualty of the climate emergency:

“The uncertainty and insecurity in which many populations will be living, combined with large-scale movements of people both internally and across borders, will pose immense and unprecedented challenges to governance. The risk of community discontent, of growing inequality, and of even greater levels of deprivation among some groups, will likely stimulate nationalist, xenophobic, racist and other responses.”

Climate change will further erode the struggle for women’s rights and is likely to intensify gender-based violence. It will divert resources from health and housing and set back children’s rights, including the right to quality public education. It will undermine dignity, autonomy and basic democratic rights such as freedom of assembly and expression. Put bluntly, inaction on the climate crisis by the human rights movement = the end of human rights.

Alston’s report was tabled in June 2019. By now it is probably already lost somewhere in the UN bureaucracy. But we have been warned. We can’t plead ignorance. It should be a call to arms for civil society.

But it is important to see how it also presents us with an opportunity. Alston points to “paths to transformation” that could help society out of our current impasse to reverse inequality. He insists that “human rights can and must be part of the solution”, a point former public protector Thuli Madonsela concurred with when she pointed out recently that “we can’t tackle the climate crisis if we don’t tackle social justice”. In this vein, Alston’s report advises the UN Human Rights Council that climate change should be:

“A catalyst for states to fulfil long ignored and overlooked economic and social rights, including to social security, water and sanitation, education, food, healthcare, housing, and decent work. Revenue from climate action including emissions control and tax restructuring should be used to fund social protection programmes to protect those affected.” (para 55)

Looked at this way, the climate crisis presents an opportunity for civil society to break out of our silos.

South Africa is blessed with several excellent environmental rights organisations: the Centre for Environmental Rights, 350.org, Earthrights Africa, the campaign for a Climate Justice Charter being coordinated by COPAC and SAFCEI to name a few. They all need your support. But we cannot afford to leave the climate crisis to them alone. Climate change is everybody’s business and from now on every activist needs to be a climate justice activist.

Consequently, Maverick Citizen believes civil society as a whole needs to find ways to meet and discuss steps that can galvanise us into action.

Below are some ideas, tabled to get the discussion going, about measures all of civil society and its donors could be taking:

The day of 20 September 2019 will be an opportunity to unite the world. It’s your chance to alter the future before it happens. How will you answer your children or grandchildren when they ask what action you took to save the planet?

The mobilisation of civil society towards 20 September #ClimateStrike should not just be about the demands we make on governments and industry. It is also a challenge to each one of us to reorganise the ways we live, eat, travel and work. Civil society organisations are no exception.