Mr President, we are deeply disappointed 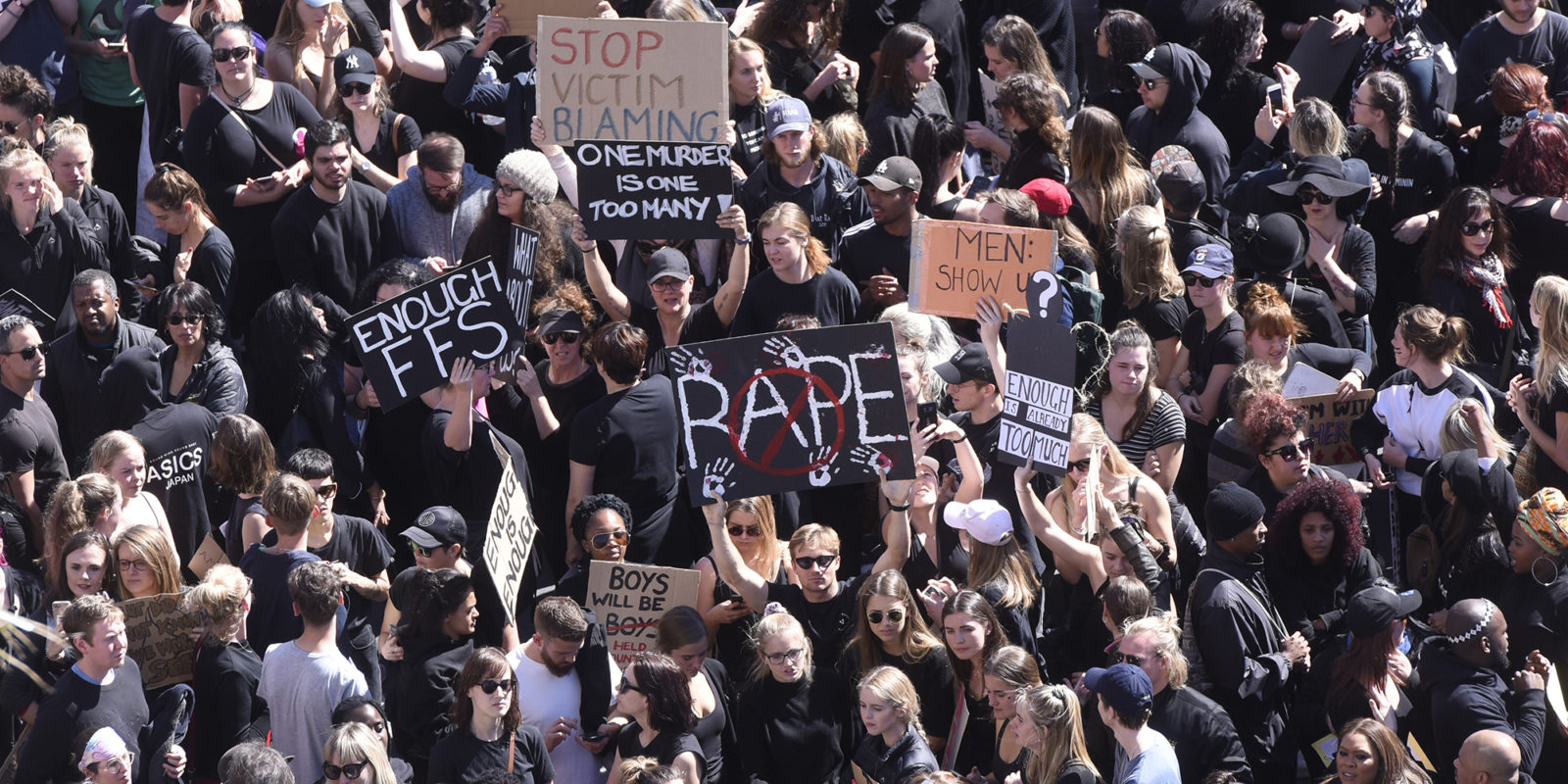 People gather during the gender-based violence demonstration outside Parliament, following the rape and murder of UCT student Uyinene Mrwetyana on September 05, 2019 in Cape Town, South Africa. South African President Cyril Ramaphosa skipped the World Economic Forum to address thousands of Capetonians mostly all dressed in black, where he said laws were to be changed with regards to violence and rape against women. (Photo by Gallo Images/Brenton Geach)

As organisations dedicated to combating sexual and gender-based violence, we needed you to put numbers to your commitments, in terms of money and time frames.

The Shukumisa Coalition was deeply disappointed by your pre-recorded address to the nation on Thursday 5 September. Mainly, we are disappointed that you failed to announce a major injection of funds into the state response to gender-based violence against women, children, and the LGBTIQ+ communities in South Africa.

Your policy focus on longer sentences, no bail for accused persons, rehabilitation, and overhaul of the sexual offenders’ register, means very little when so few perpetrators are caught and successfully prosecuted. While the NPA claims a 74% conviction rate, most people do not realise that it is only 74% of those cases that actually make it to courts, which on average is less than 10% of all reported cases. And because we do this work every day, we know that only between one in 9 and one in 25 cases are ever reported.

As organisations dedicated to combating sexual and gender-based violence, we needed you to put numbers to your commitments, in terms of money and time-frames. Promises about “strengthening” responses, and “addressing” backlogs, are not new. We needed to hear exactly how the state will do this, and by when.

We welcome your announcement that more sexual offences courts will be rolled out, because we believe that specialised services are the only way to improve conviction rates. However, we know that there are still no norms and standards for these courts in the form of regulations, and that without those, the services will not be provided uniformly, or at all. We also know that the Department of Justice will have to close more than 87 courts over the next three years due to budget constraints.

We note your commitment to allocate resources to the “national machinery”, to implement a plan. We assume this refers to the National Strategic Plan (NSP) on Gender-Based Violence and Femicide, led by the Department of Women, Youth, and People with Disabilities (DWYPD). If that is the case, it means the political priorities of the state remain elsewhere, because the DWYPD, in its various iterations over the last 10 years, has never managed to achieve any significant impact in the lives of the people it exists to serve. We also remind you of the statements made by DWYPD on 3 September 2019 that the NSP has no budget allocated to it in this current financial year. An NSP without resources for implementation, is futile.

We needed you to commit to properly funding and resourcing the specialised services that give survivors a fighting chance at justice, healing, and bearing the psycho-social cost to women and children who live in fear and constantly feel unsafe. Thuthuzela Care Centres, shelters, rape kits, FCS units – the only way to strengthen these is to invest.

We note your announcement that Parliament will debate emergency interventions, and we commit ourselves to once again sharing our knowledge and experience with the state, as we have done countless times, about what those priorities should be. But until such time as your promises and interventions are backed by resources, they will remain meaningless.

Please write back to us, and respond to what we have raised. MC

Shukumisa is a coalition made up of more than 80 NGOs, community-based organisations, research institutions and legal services. Our members work with adults; children; people with disabilities; sex workers; the lesbian, gay, bisexual, transgender, gender non-conforming and intersex communities; and other key populations. Our mission is to ensure that South Africa takes the problem of sexual violence seriously, as evidenced by well-crafted, well-implemented legislation derived from broad-based public participation processes.

Melissa Javan for Spotlight
Save 8 mins