Bring it on, says Malema on NPA action over his allegedly firing a rifle in public 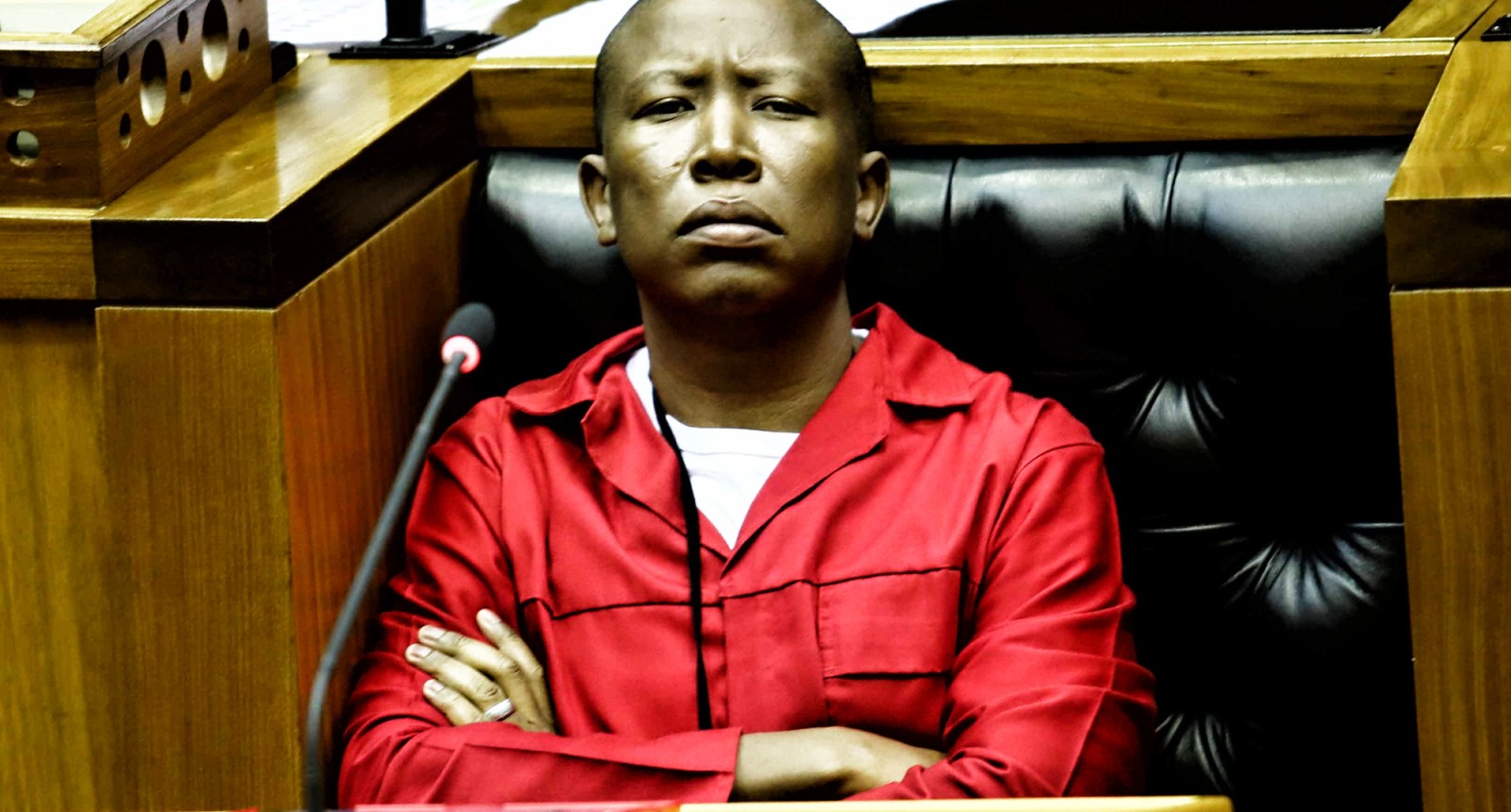 EFF leader Julius Malema during day one of the 2019 State of the Nation Address (SONA) 2019 debate at the National Assembly on February 12, 2019 in Cape Town, South Africa. (Photo by Gallo Images / Sowetan / Esa Alexander)

Julius Malema expects to be prosecuted for firing what appeared to be an automatic assault rifle at the party’s fifth-anniversary celebrations in Mdantsane, East London, last year.

EFF leader Julius Malema says a National Prosecuting Authority decision on possible charges over his allegedly firing a rifle in public is “not a big issue”.

“Police have made contact with me and they say they want to see me on Tuesday for a warning statement. I think they have taken a decision to charge me. But no worries, it’s my life.

“I am not worried about that. The journalist [from News24] knew I was going to be charged before I knew that. She knows the details of my case, and I don’t know anything. She knows more than me,” Malema said.

The party leader was speaking during a press briefing at their head office in Johannesburg on Thursday 5 September 2019.

The News24 report suggests the National Prosecuting Authority (NPA) has taken a decision on whether or not to prosecute Malema for discharging a rifle. The report further states that Malema has been requested to give a warning statement.

Despite Malema’s suspicions, the NPA said it cannot make their decision public before notifying him and the other unidentified suspect. At the time of the incident, EFF spokesperson Mbuyiseni Ndlozi denied that a real firearm had been used, something that Malema alluded to during today’s briefing.

Malema said a warning statement means that he has been charged.

“Warning statement means that you are charged, effectively. So, they are going to charge me, and I will answer in court. Because I don’t know why these people are charging me. I will hear on Tuesday and in court. It’s not a big issue. I decided to remain silent. It’s my right and they must tell me why they are charging me.”

The EFF has been supporting the Public Protector, Busisiwe Mkhwebane, in the legal battles surrounding her office. One such case, from which Mkhwebane has since withdrawn, involves an interdict granted in July to stop the implementation of remedial action against Public Enterprises Minister Pravin Gordhan.

The party wants the Constitutional Court to halt the high rate of court interdicts against Mkhwebane. Critics have questioned the party’s support for the public protector, with some suspecting Mkhwebane’s office is being used by the EFF to fight political battles, a narrative that Malema rejected during the briefing.

“We don’t take our mandate from the public protector. We don’t even talk to her; she finds us in court joining her. If our Constitution is threatened, we will protect it and we don’t need anyone’s permission.

“It’s us, it’s our history, we don’t wait for anyone. Where we see a threat to the Constitution we interdict immediately.”

Furthermore, court papers submitted by President Cyril Ramaphosa and Gordhan requested that the apex court grant a full and open hearing, considering the importance of the case. Responding to a question regarding this request, Malema said:

“Your favourite president is supporting us. He says let the highest court put a clear Satanity on this matter. Your favourite is dodgy, he does everything Zuma’s style. He has replaced Zuma when it comes to delayed tactics.”

Malema also condemned the spate of violent attacks against foreign nationals and the murders and rapes of women in South Africa. DM